When Will Blockchain Become Fully Mobile?

To the masses, blockchain technology is something shrouded in mystery and its name is only known through the wave of Bitcoin interest. Yet, blockchains are not only connected to cryptocurrencies but are something that businesses are adopting in healthcare, the automotive industry and even the music industry. Despite blockchains travelling further than the crypto sphere today, it still leaves them in the hands of the few and the majority of the population still have no interaction with them outside their professional lives – until now.

Blockchains in Our Hands

So, what will a blockchain smartphone do? Many of the early editions have features to help you invest and buy cryptocurrency on them, such as a crypto wallet. However, the security of having a wallet built into your phone is something still being questioned and refined, and for now, it may be better to stick with a Luno Bitcoin Wallet. But what else can a blockchain smartphone offer?

Blockchain Smartphones in the Future

By the time that smartphones have made a crossover to blockchains, the functions and capabilities of these mobiles will surge. There are many potential benefits of using blockchains within our mobiles, including but not limited to:

Could Blockchain Smartphones Help the Environment?

Innovative ideas and creations are being formed to protect the environment and make a healthier planet. Many times, these ideas revolve around technological advancements such as electric vehicles, the digitalisation of procedures and renewable energy processes. Without technology, many of the developments in greener living would not have come about – and blockchain smartphone is another contributor.

Smartphones are known to be made in environmentally unfriendly ways, but blockchain-based ones may not require a sim card, i.e. they use a virtual sim on the blockchain, and this reduces their composition of plastic. Although the amount of plastic removed is small, the number of smartphone users around the world is huge and swapping to virtual sim cards can also make a big difference.

It may be some time before we all have a blockchain mobile, but when we do, it may be better for data protection, security and the environment. 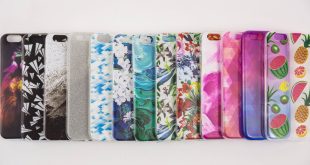 Awesome Ways You Can Customize Your Tech And Gadgets