During this time of the year, it is common to see buying guides and recommendations for certain products, and guess what, you’re going to be seeing another, this time, as the title implies, it is for laptops, so buckle in. First pick is the venerable Dell XPS 13, this is the newest model with Kaby Lake, but it is not the most expensive model that I am pimping out here, but one of the lower end ones.

The One I’m going for has the 13.3” 1080p non-touch Infinity Edge display, a Core i7 7500U, 8GB RAM and a 256GB SSD for £1149. It is not the cheapest, it is not the thinnest, nor is it the lightest, but there is something amazing about the XPS 13 that Dell has been able to keep to itself. A Great screen, a great trackpad, solid performance and a cracking battery, Dell made one hell of a laptop, even if it isn’t the cheapest one. Next up we have the UX305 from Asus, another imperfect machine, but one that makes the right compromises in the right places. First off is the screen, the 1080p IPS panel is a beauty to behold, even if it is relatively poorly calibrated, and the 12.3mm and 1.2kg this is a thin and light machine, but not only that, it manages to maintain a healthy selection ports.

As I said though the UX305 is not perfect, one of the places this is most noticeable is the processor, the Core M series from Intel has never been one of my favourites, and the Core M3 is the slowest of the bunch, but for regular light use, it’s remarkably good, just don’t expect it to play crysis or render your 4K cinema masterpiece. But you do get an SSD (albeit a SATA one) that can be replaced, so as long as 8GB of RAM is enough for you, this could be a bargain. We’ve actually just posted our review of the R13, and to give you the gist of it, we bloody loved it!. Acer made a 13” chromebook, with a marvelous display, fast performance, surprisingly good speakers and stellar battery life.

The ARM chip in the R13 allows it to be fanless whilst also being cool and collected. We’ve rarely found ourselves wanting for performance and our display was never actually at 100% other than seeing just how bright it went (hint, too bright for normal use). Is the R13 perfect? Of course not, the desire to make this a convertible meant there are compromises, the 360 part of the hinge is plastic and flexible, and because it goes into tablet mode they put power and volume buttons on the sides, but i’d have rather they just made a solid laptop and left the convertible features out of it. The C201 is not a new chromebook, nor is it the most high end, speed demon machine, but I’ll tell you what it is. It has been my daily chromebook for over a year since I reviewed it, and I Bloody love it to pieces still.

It’s not perfect either, none of these are. The screen is a TN panel that’s duller than I’d like and the bezels are bigger than I’d like, but at 980g and 18mm, it’s thin enough and light enough for me to take it with me almost anywhere with a bag and mostly forget it is even there, it’s not Yogabook light,but the difference is surprisingly minimal.

T also isn’t the fastest, but the Rockchip RK3288 processor has held up really well. It doesn’t play 4K youtube, but it handles 1080p just fine, it also has the trackpad experience down pat. Again would i prefer a faster chip with a bigger trackpad? Of course, but I’d be lying to you if the screen and trackpad on the C201 feel inadequate, because they feel just as good as day one. This was one I was struggling with whether or not ti put on this list, for a few reasons. It isn’t the fastest gaming laptop, it’s not the thinnest lapo nor does it has the smallest chassis or the biggest battery, but Razer has something else. Hardware.

Razer puts most Windows OEMs to shame with the Blade, Blade Pro and Blade Stealth machines. These are works of anodised art with great tolerances and impeccable design. You might not love the Razer logo, and you wouldn’t be alone in that, I’m not it’s biggest fan, but the generously sized trackpad, the awesome chroma keyboard, the brilliant 3200×1800 display (with a 4K option) in a 12.5” size is just freaking awesome.

Does it get any better?  Of course it does, with it’s Thunderbolt 3 ports you can connect the stealth to the core, which is an external GPU box, meaning if you dock you stealth at home you could have a nice GPU for gaming or video rendering, and then when you’re on the move you can have a thinner lighter laptop because your needs are reduced, you aren’t carrying around power you won’t need most if the time, if only it were a tad cheaper.

But even this beauty is not perfect, the bezels are ridiculous, the CPU choice does CPU bottleneck some of the higher end games,and it is truly an expensive machine when you start customising things and start adding in peripherals like the Core.

These are our top 5, and aside from the top pick being the XPS 13, these are in no real order, it’d be really quite hard to go wrong with an of these machines.

Merry Christmas and Happy Holidays all. 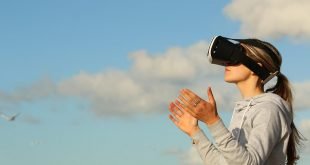