Hoverboards: How Safe Are They?

In 2015, hoverboards became an instant trend that everyone from your next-door neighbour to Wiz Khalifa just had to have. These “Back to the Future”-esque toys were getting families outside again and racking up sales, but they had one drawback—their mass popularity was premature. Because they rose to fame so quickly, manufacturers could not test them for safety as quickly as they were flying off the shelves. However, there have been adjustments made to their features since then that have made them safer, but there are still a few things you should know if you plan on buying one.

You probably already know about Hoverboards. If you don’t, these futuristic scooters are self-balancing, meaning the rider uses their feet, calf, and core muscles to steady themselves and turn by leaning forwards and backwards. They’re Segways with no handlebars, and they cost much less than a Segway as well.

Stepping on the hoverboard will activate the pressure-sensitive footpads that will set you into motion. Most injuries come from the mount and dismount, as there’s nothing to hang on to and you’re in motion the second you step onto it.

Why Are They a Good Toy for Teens?

Technology is one of the biggest causes of the generation gap. Now more than ever, children would rather stay indoors playing with their friends virtually than to go outside and enjoy the fresh air and company of others. The best hoverboards for teens are the ones that follow safety compliance laws and get teens interested in the outdoors again. The latter is more common and easier to fulfil than the prior, but continue reading to find out how to find a safe board for your teen. 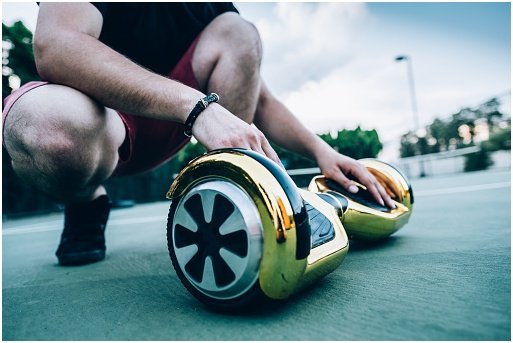 Can They Catch Fire?

Because of their quick dash to being one of the hottest items on the market (literally and figuratively) hoverboards caused quite a combustion in 2015. All puns aside, houses went up in flames, and lives were lost in the States. This was largely due to poorly manufactured electronics and faulty lithium-ion batteries overheating while being charged.

Can they still catch on fire? That all depends on if they follow compliance laws. There are fakes out there, but there are ways you can spot them if you know what to look for. A good rule of thumb is to always purchase from a reputable company, never from a kiosk, or second-hand seller.

What Are the Injury Statistics?

As an example, over 26,000 children in the United States, mostly around age 11, paid a visit to the emergency room between the years of 2015 and 2016 with hoverboard injuries. The most common injuries were to the head, wrists, and forearms, all of which are the usual body parts breaking the fall. Most of these injuries were fractures (40%), while others were the typical bruises (17%) and strains (13%).

While these are stark statistics, they are not much worse than those of skateboarding or roller skating accidents. Parents should require their children and adolescents to wear the same safety gear and follow the same precautions as they do on bicycles, skates, and scooters. This will minimize the risk of serious injuries.

What Are the Signs that a Hoverboard Isn’t safe?

If you’d prefer to hover around without having to ever stop, drop, and roll, then there are a few tell-tale signs you can look for that will indicate that they’re unsafe. Some of them are very obvious, with misspelt words or a lack of information. But some of them require a more keen eye, such as design and markings.

How Can I Reduce the Risk of Injury?

Always get a demonstration of how to properly use your hoverboard before attempting to try it yourself. You’ll want the person demonstrating to be able to give good verbal instructions as well to ensure there are no surprises when you step on it the first time.

Always wear protective gear, no excuses! Wrist guards will help you avoid fractures or breaks that could be caused by breaking your fall. Kneepads will keep your knees safe from scrapes or road rash. They can also be the determining factor of whether or not your new hoverboard is the cause of a torn tendon or ligament.

A helmet will help you avoid concussion or serious brain injuries if you fall, or worse, get hit by a vehicle. Which brings us to the next point that you should never use a hoverboard on the street and should stay on the sidewalk.

There are many more safety precautions that can be taken to ensure the safety of hoverboard users. Due diligence is key when finding the right hoverboard if you want to ensure safety and never slow down from an injury

NOTE: In the UK, currently such devices are illegal to use on public roads and pavements and are suited for private property use only.

4 Proven Methods To Protect Your Computer From Any Threats