You’ve seen the video reviews, and read the written ones about these two devices from two of the largest smartphone manufacturers in the land and you’re having trouble picking one over the other? Fear not, Mark Peters, one of the legion of UK-based smartphone enthusiasts, has dedicated an article to this very subject. Take a look at his Galaxy S7 Edge Vs LG G5 comparison and see which phone he opted to keep, and why.

Disclaimer: Huge thanks to Mark Peters for contributing this article. Mark is known to many within the smartphone tech space on Twitter and has experienced his fair share of smartphones over the years. Don’t take our word for it, Mark’s very own Twitter bio testifies he’s “Fairly obsessed with mobile telephones.” This article will be available within other publications too.

This should be easy. I mean, you’ve read the reviews. The G5 is a misguided mismatch of ‘friends’ and poor battery life, with an average screen, right? Well not so fast, you see I really think LG have done something wonderful here.

There are certainly things other phones do better, and lots they don’t. These are my thoughts and findings about two Android flagships that (in my opinion at least) both deserve your cash. First of all, let’s talk about the basics. Battery life, screens, call quality, speakers.. you know the stuff that makes a phone, a GOOD phone. Display No surprises that Samsung easily walk away with the best screen of the two, the S7 screen is beautiful, brilliant outdoors and just terrific. The LG panel isn’t as legible in sunlight, doesn’t ‘pop’ as much, and is generally poorer. I use it at 100% brightness, which I’ve never done on any handset, ever. It’s also smaller (which is a negative for me, but may not be for you) and loses real estate due to the ‘virtual’ buttons LG use instead of physical buttons below the screen on the S7. (Although credit to LG for allowing these buttons to be automatically ‘hidden’ per app if you want to maximise real estate. A simple ‘swipe up’ from the bottom of the screen re-enables them). It is, in fact, the poorest aspect of this otherwise terrific phone.

The S7 has a longer lasting battery (it should, it’s bigger) but the G5 charges more quickly. The G5 also has the ability to use a spare battery, whereas the S7 does not. The G5 still lasted into the evening despite being in a very poor signal area all day and taking lots of photos. Either handset is a solid performer here.

Both phones performed just fine handling calls (reception is great on either handset), but the loudspeaker on the G5 is head and shoulders above the S7. This is apparently the price one has to pay for water resistance in a phone.

The LG G5 runs a Snapdragon 820 whilst the S7 Edge I used has the Exynos chip from Samsung. Whilst neither handset could ever be accused of being sluggish, the G5 takes the lead here in terms of responsiveness. Samsung have improved massively in this area since the S6, but still have some work to do. The fingerprint reader on both phones perform well, although I had some misfires with both handsets. Neither seem as reliable as the iPhone fingerprint sensor, but both are fine. The reader is on the ‘home’ button on the S7 Edge, and on the rear on the G5. Whichever location you prefer is probably down to personal preference, both have their pros and cons. I happen to prefer the ‘home’ button approach, but can happily use the G5’s rear sensor too. That said, I wish LG hadn’t moved the volume rocker to the side of the phone, although it is useful for quick launching the camera.

The S7 is ‘water resistant’, and will survive a dunking. The G5? Not so much, and I doubt it’d fare as well as other phones too, given the ‘friends’ port at the bottom. Needless to say, I didn’t test it. Double tap to wake is just brilliant, and should be a standard feature on every modern smartphone. Seriously Samsung, sort this out.

This is the part you really came for, right? Anyone that knows me will know the camera is the main feature I look for in my smartphone. I have two young children, and creating memories is precious to me, and I want to get the best pictures I can. I find smartphones are incredibly versatile and give more than I could ever get from a ‘normal’ digital camera. So which is better, the LG or the Samsung? Well, somewhat predictably, it’s not that easy.. you see both have various strengths, and, depending on exactly what you’re shooting may dictate which phone is for you.

Rather than construct a massive paragraph, which, let’s face it, you probably won’t read, I’ll just cut to the chase and provide a list per phone, of which I think is better.

First up is the Samsung: 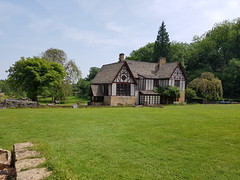 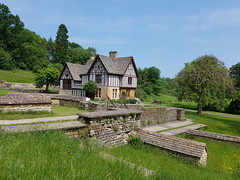 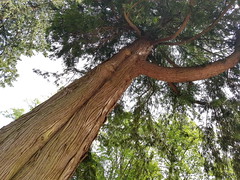 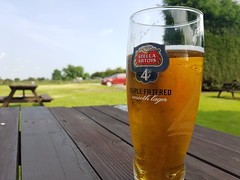 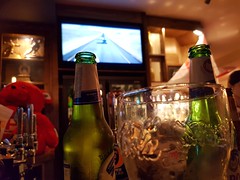 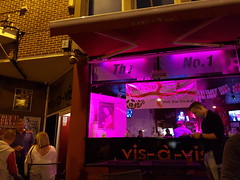 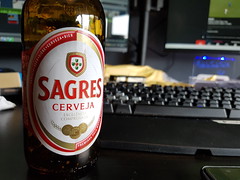 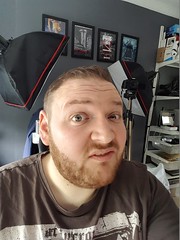 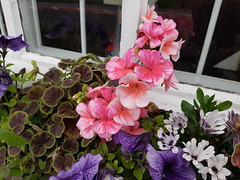 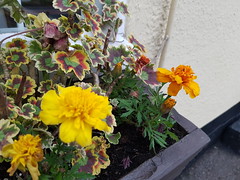 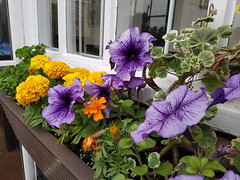 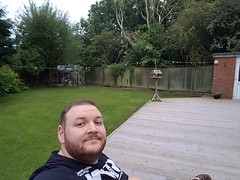 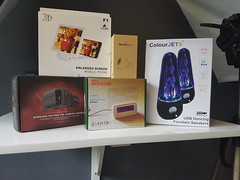 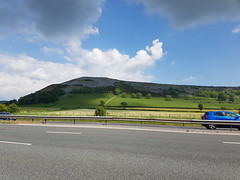 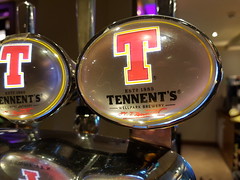 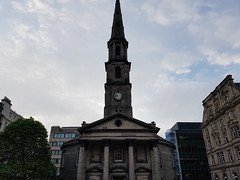 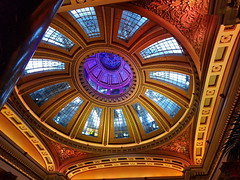 Now, the revenge of LG:

No, not that dodgy TV warbling show, I mean the phrase before Simon ruined it. The LG has it, in the form of the second lens. It really is terrific and genuinely useful in loads of circumstances. Allow me to explain.

You’re in the garden, the kids are kicking a ball to each other. For once, they’re not kicking seven shades out of each other, so you think ‘this is nice, I’ll record this’. You take out your phone, and hit record, you move the phone backward and forward as they kick the ball to each other. With the LG, you can just record the video with the wide-angle lens, and get them both in the frame, no panning. Brilliant.

I’ve included various shots with this article, a good example of the wide-angle lens is the ‘Merry-Go- Round’. I wasn’t able to ‘zoom with my feet’, i.e. walk backwards to get a better shot, but one tap and the wide-angle lens produced a cracking shot. In short, the second lens gets ‘the shot’ where no other smartphone could. Sure it’s not every other shot, or even every day, but when you need it, it’s fantastic, and you wonder why it’s not on every phone.

It occurred to me today, that to a certain extent it’s possible to emulate the wide-angle lens camera by using the panorama function on the S7. Of course, this is only for stills, and only for stationary subjects. The two panoramas included here are from the S7 Edge. One was taken when the merry-go-round was stationary, the other whilst it was moving. You can see that didn’t turn out terribly well… so it’s only useful in certain scenarios.

It’s also worth mentioning you can start recording a video, and switch between lenses without interrupting the recording. Very cool.

So.. crunch time. Which would I keep? No drum roll – straight to it. I’m going with the Samsung, but I don’t expect this to be the best choice for everyone. If you’re primarily interested in still shot quality, not fussed about video or slow motion and your subjects are generally less fidgety than your average 5-year-old boy, get the LG. The camera is fantastic, albeit without the ‘bells and whistles’ the Samsung offers. If you (like me) use your phone to capture pictures of your kids more than anything else, get the Samsung. Honestly, it’s lightning fast autofocus will mean you never miss a shot. Take 45 pictures in seconds with your kid on a swing? They’ll ALL be in focus. Only the Samsung can do that. So that swings it for me, but one thing’s for sure – I’ll sure miss that wide-angle lens.