Should you avoid taking name tests or quizzes on Facebook?

While I’m scrolling through my Feed I always see people doing all kinds of name tests or similar quizzes, and I think that almost everyone who saw one of those posts tried it themselves too. But, the next time when you think about doing one of them, just know that they aren’t as ‘harmless’ as you may think they are.

Let’s start by thinking about why someone would be bothered to ask you what your favorite song is, what word you use the most, what your name means or what celebrity resembles you the most? Why would developers waste their time on making these free public quizzes? A phrase you may have heard before is: “everything that comes for free and is public, does have a catch.” And the major ordeal with the name tests/quizzes is that it’s actually one big scam you’re wound into.

Comparitech, a UK-based company which compares VPN services, took a look at one of the quizzes that you can find online. Their findings are based on the results of research they did on the vonvon.me quizzes, but the results are largely comparable with all other name tests/quizzes you’ll be able to find on Facebook. You may be surprised to read this, but the quiz makers know you just about in and out after you take the quiz as they collect a whole bunch of data from Facebook:

Like I said, these tests may sound ‘harmless’, but I hope you’ll take the information given in this article into consideration when taking a name test or quiz the next time.

Deleting the access to my data for the app should resolve it?! Not quite though…

You might be thinking that this is a way to get out of it; just remove the permission for them to collect your data from Facebook, but you couldn’t be more wrong. The privacy policies of those tests state that even if you stop using their services/stop giving permissions to collect your data, they’ll keep using the data they’ve collected earlier.

The data-sky is the limit

After collecting all the personal data, you may be asking yourself, what are they even going to do with it? Isn’t my personal data useless without some more in-depth information… I’d say that there are actually no boundaries for what they can do with it. My guess is that all the data is being sold in big batches to get their money back, and probably make some big profits out of your data. Which makes the question arise again, should you be doing those tests? This is a question you should answer on your own though. But, preferably, no. If you don’t really care about your privacy, go ahead and use them. It isn’t like you’ll be killed after using the quizzes.

What are your thoughts on this subject? Do you think Facebook should be allowed to share the above mentioned information with third parties? Do let us know in the comments below! 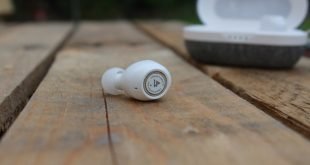