A short time ago we reviewed the QDOS Airbank which was a fairly standard power bank with Qi charging included and suction cups to help stabilise the device positioned atop it. Well, here was me thinking that this was a relatively unique proposition, whether that be an indictment of the usefulness of such things or the genius of QDOS. It seems not. With the Yoolox 10K power bank in for review, we thought we’d compare it to the QDOS and see how it comes off in our full review. This is Suction vs Suction people; let the games begin!

Yoolox 10K Power Bank
+ FOR
- AGAINST

Remember those suction cups you used to use to hang ornamental things from windows? Yeah, well somebody out there thought that they’d start attaching them to technology too. To be fair, as I mentioned in the QDOS Airbank review, it’s not an outrageous idea considering this is combined with a power bank with Qi wireless charging.

Yoolox started life on Kickstarter and was successfully funded to the tune of over €15,500 (£13,580) so clearly, some 151 backers wanted one. I cans see why as it’s a portable little thing and it packs two charging technologies in one. 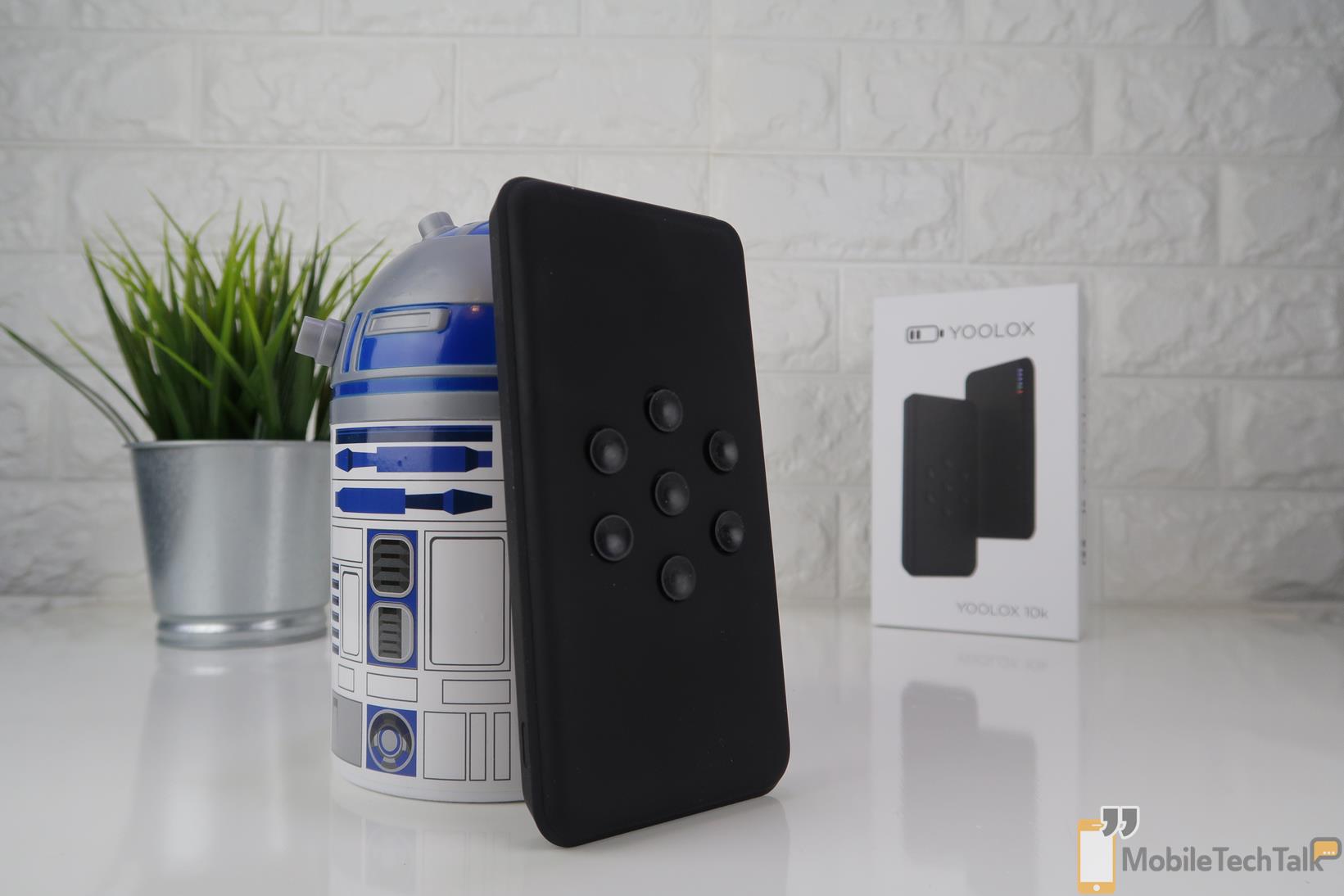 At first glance the Yoolox product and the QDOS actually look like cousins; a similar layout and setup and of course, those suction cups. There are a few differences though. The Yoolox 10K is, as the name suggests, a power bank with a 10,000 mAh capacity which dwarfs the QDOS’s 5,000 mAh. There’s both a microUSB and Type-C charging ports to top up the Yoolox, the latter of which doubles as an output port too. Alongside those is a regular Type-A USB port for 2.4A output. The Type-C port is capable of 3A output for reference. You also get an included microUSB cable just in case you don’t already have enough old technology cluttering up your house.

On top of the sleek rubberised black slab are the suction cups, put there to stabilise any device placed atop it to take advantage of the Qi wireless charging coil, which is capable of delivering just 1A. Around the corner from the ports, on another edge sits the power button, and on the opposite edge sits the status LEDs which show how much juice is left in the tank as well as if the Qi wireless charging coil has been engaged.

During my testing, I managed to see just over an 88% efficiency rating here as it managed just north of two full charges of a Huawei Mate 20 Pro smartphone (its battery is 4200 mAh) which isn’t too bad at all. Anything in the 90% region for me is pretty good. I couldn’t accurately gauge the estimated juice left to any great degree though thanks to the included status LEDs, of which there are four. This means that each LED is responsible for conveying 25% of the remaining capacity meaning it’s a bit of a shot in the dark. I’d like to have seen a display on some of these bigger devices to allow a little more information. This can be vital when you’re off for a day trip and need to know if the device is going to charge your phone once fully? Yes, I know, many will have prepared and charged beforehand but imagine you’re not quite that regimented and you’ll catch my drift.

I’ll go on record once again and state I see no real benefit to having the suction cups on these devices. They look a little silly and whilst they do actually work to stabilise a smartphone, assuming you aren’t rolling with a case on the device, these devices can be covered with a plethora of materials that would make them a little more “sticky” anyway. As I say, it does work though. 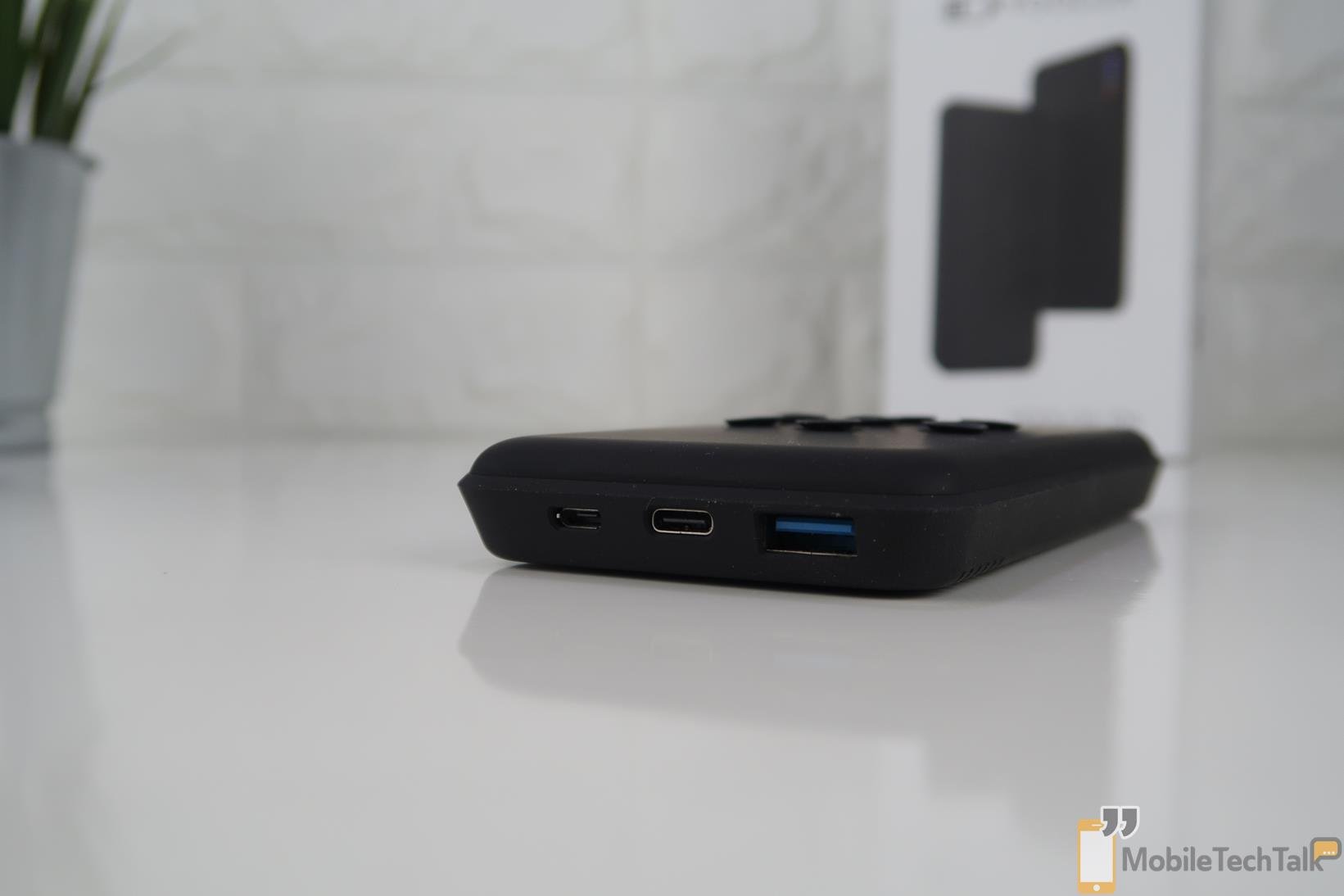 What is nice though is the inclusion of a couple of handy charging technologies. QuickCharge 3.0 is indeed here which is perhaps a reason for the price. Additionally, you have Power Delivery 3.0 support on the Yoolox 10k meaning that if your laptop supports charging via this method, you can head off out into the big wide world, with your smartphone, and your laptop and just the Yoolox 10k and charge them both without the need to carry adapters. Your mileage may vary on that though as many laptops are still a little finicky when it comes to compatibility.

LED indicators aside, I used this daily for a week or so out and about and for stopovers for work, and it never let me down. Granted, it could charge a little faster, but putting it on the bedside table and resting my device on top to trickle charge it for the morning is, for me, better than plugging in a USB Type-C cable and having it fully charged within an hour, and sitting there plugged in for a remaining 6-7 hours.

Efficiency is probably one of the biggest aspects of choosing a good power bank for me, so I’m happy that this one gets quite high marks, and at under £60, it’s coming in at just £10 more expensive than the 5000 mAh capacity QDOS Airbank. That’s actually quite a good deal for a similarly sized device. Alongside efficiency is portability and that’s another area in which the Yoolox 10K shines. despite having twice the capacity of the QDOS Airbank, it manages to remain quite small. Dropping this in a bag or coat, or even a pocket at a stretch isn’t going to cause too many problems.