For those of us who work on the go, a power bank of some description is a piece of equipment that we cannot do without. I personally own around 15 different power banks (own, hoard – same thing), but there are only a couple I use regularly. A large 26500 mAh product that can power my laptop in a pinch as well as other devices, a standard smaller footprint 30,000 mAh power bank for smaller peripherals and devices (tablets and phones) and now, the Xtorm Xtreme 10000 for times when I need IP66 waterproofing, as well as something incredibly compact. Let’s take a look at how I fell in love with this little beast! 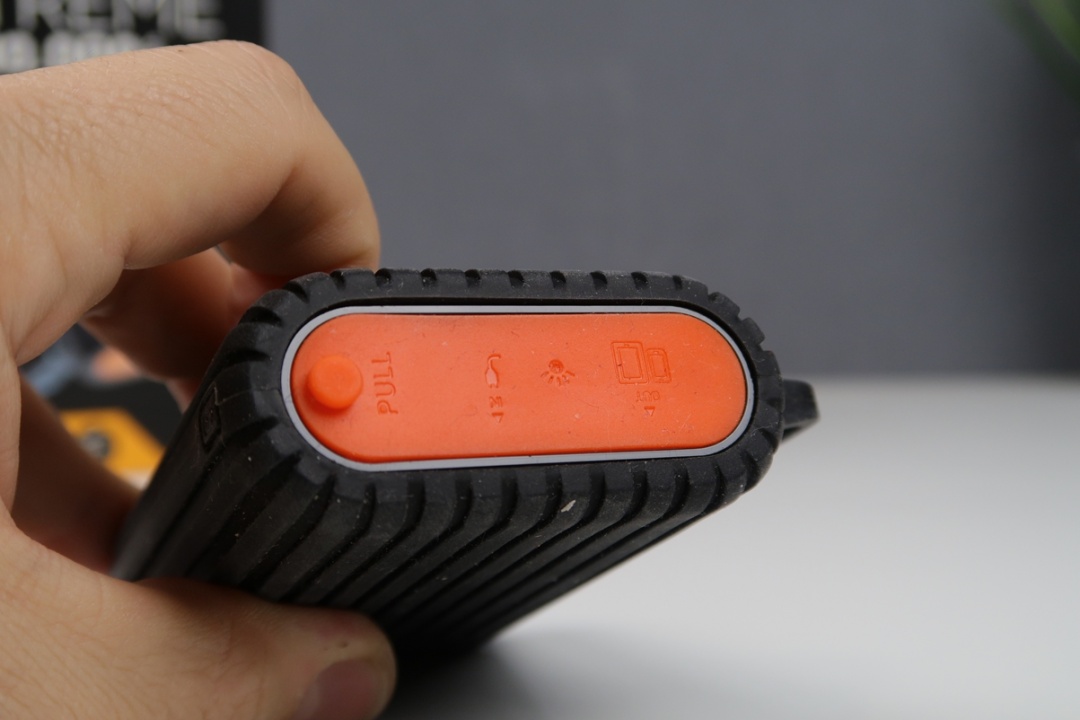 The Xtorm Xtreme 10000 is a rugged yet tiny power bank. Those two adjectives don’t often appear in the same sentence when it comes to power banks, and certainly not at the capacity of the Xtorm Xtreme. At 10000 mAh we’re looking at this being a device you can take out into a field on a Friday and it still should be good to go on the Sunday!

Let’s start with why I chose to look at this particular power bank, since I have so many already. Well, it’s quite simple – I’m trying to get outside more and I didn’t have an IP66 rated power bank. This fit the bill nicely. That and I love the black with accented orange colour!

The casing of the Xtorm Xtreme is rubberised and thick with grooves to aid grip. I have found that the casing is removable also so I’ll be doing just that so I can clean the exterior properly. It does pickup dust and lint with ease and whilst this doesn’t bother me due to my use case, neat freaks should beware.

Up top there’s that orange accented port cover shielding the LED, microUSB in and USB out ports from the elements. On the front of the device there’s a thin little screen displaying an LED notification of how much charge is left, along with some Xtorm branding. On the right is the small power button which is frankly difficult to find without looking specifically for it. On the left is a tie down loop; perfect for backpackers. 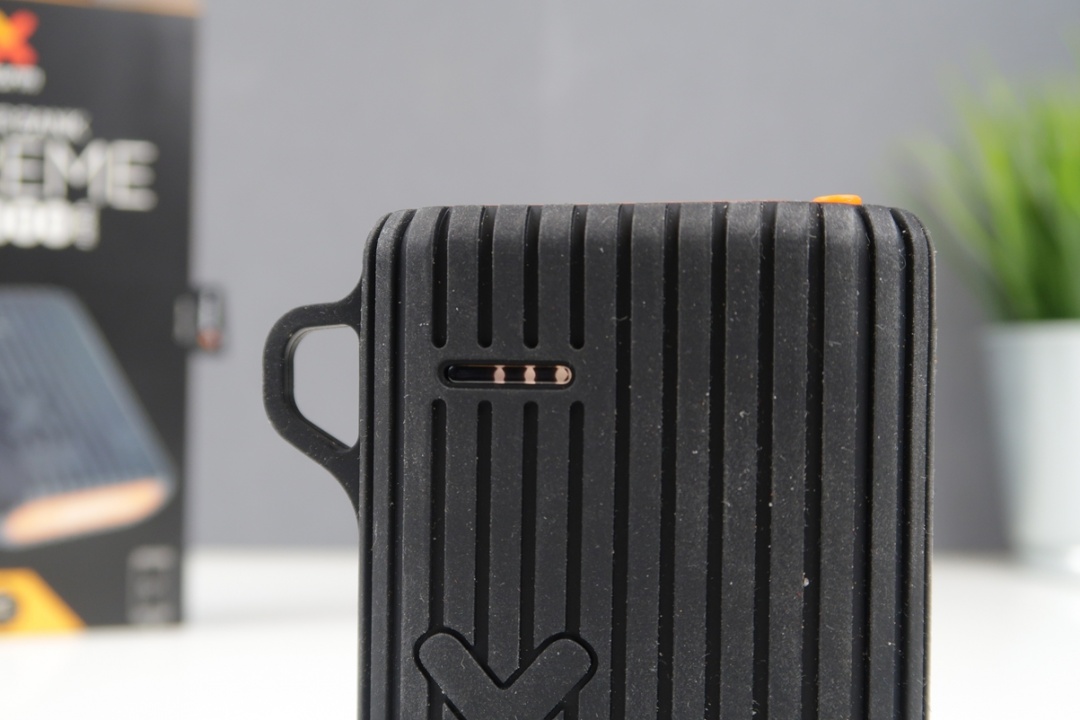 As you can see, I wasn’t lying about the lint and dirt this picks up. I did clean it off a little but wanted to show just how this looks after one night outside with this device.

Regardless of the grime it picks up, this is a little beast. It managed to completely charge my OnePlus 5 (which has a battery of 3300 mAh) twice, as well as hitting 65% on the third charge. That’s an efficiency of around 91%. That’s immense! I even went over to look at Amazon to gauge what others thought and to my surprise there is a negative comment from some dude complaining it won’t charge his iPhone (no idea) and a gushing review also from the US site. I’m definitely in the latter category.

Not only does it charge for days, it also holds its charge which is key for me also. Some units I’ve had before can sit on a shelf for a few weeks awaiting use only to crap the bed when you try to charge your device. This holds charge as well as it dishes it out. That charging is at a 2.1A rating which, whilst not fast charging, is acceptable for topping up on the go. The downside is that with a 2A input it does take a little time to recharge fully once completely drained, but putting it on charge overnight does the job. 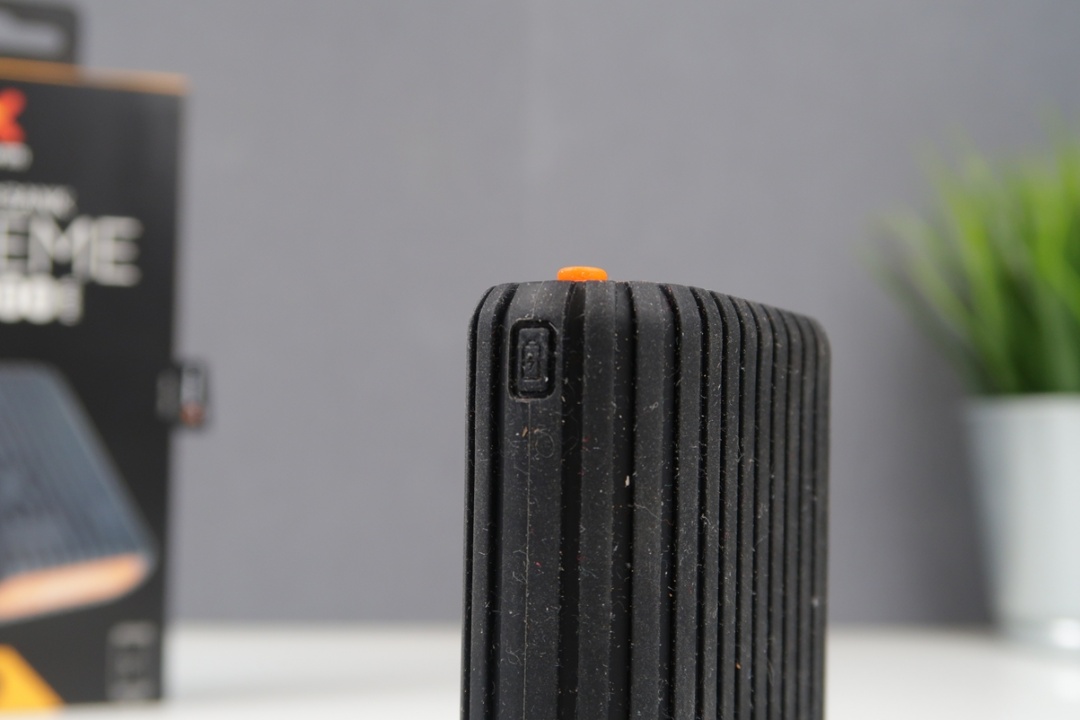 The “pack of fags” size is perfect for people getting out and about also. Most of us techie types carry a power pack during the day and most of us would love to have it sitting in our pockets rather than a backpack if we’re going out of an evening (yes, I sometimes take a power pack out at night when I venture beyond my own house) and with the Xtorm Xtreme you can without danger.

I can’t recommend this unit highly enough really. There are a couple of areas to be aware of before you buy this however just to ensure you’re not disappointed. Firstly, make sure you have the £60-odd to buy it. It’s not the cheapest 10000 mAh batter available. Secondly, make sure that you’re not a neat freak as that dirt will trigger you often. Finally, the power button is a bit fiddly to find. None of these are deal breakers though, and none of them would stop be purchasing the item with my own cash. I’m a fan! 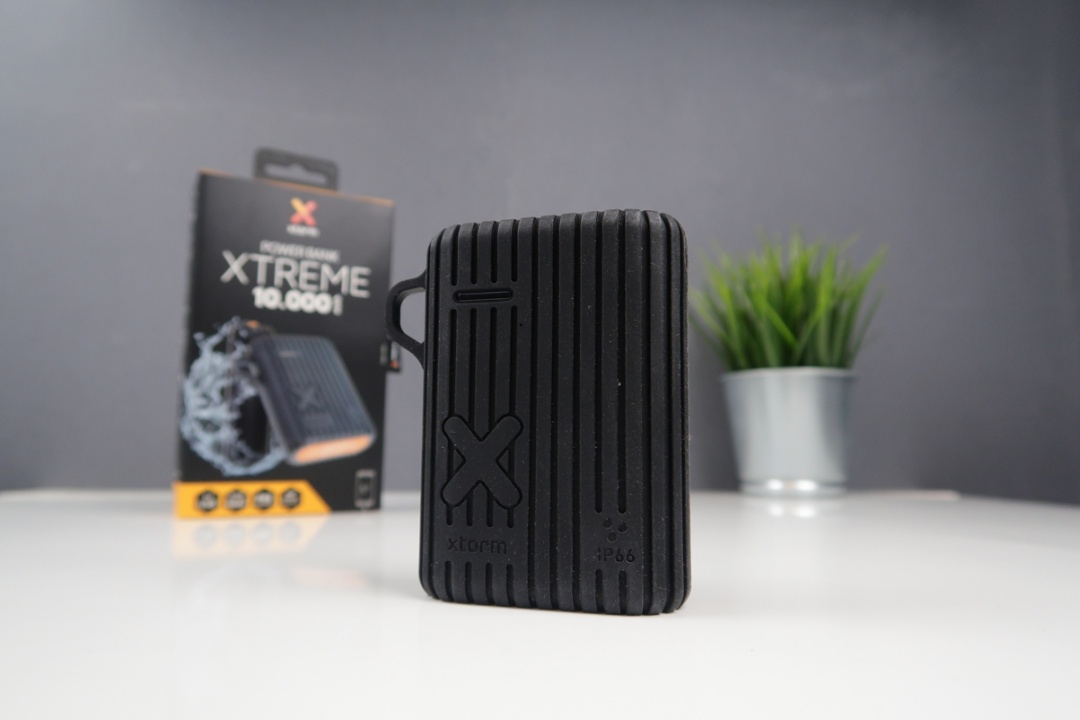