Another Xtorm power bank, this time the Xtorm Discover which is a 17000 mAh power bank in a small footprint with a little bit of design flair too: A two-tone design which looks classy as well as an ingenious storage mechanism for the USB cable, but with one infuriating oversight. Let’s take a look a little deeper. 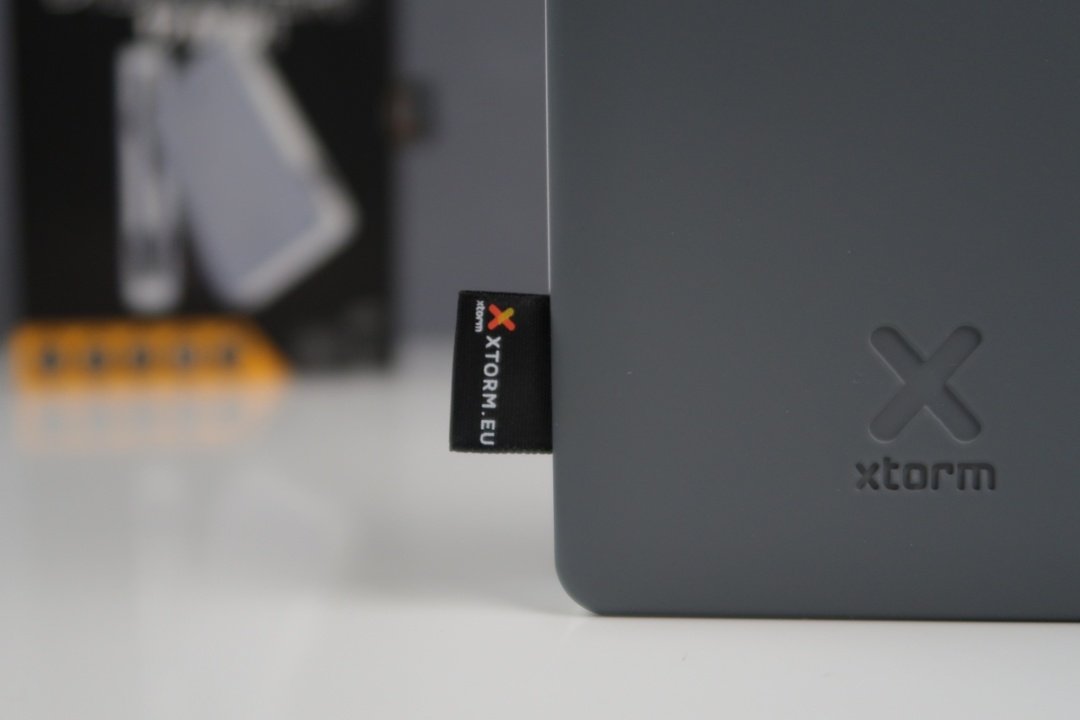 I’ve already looked at the Xtorm Xtreme which is a ruggedised IP66 rated power bank and this isn’t much bigger despite packing 17000 mAh in. The design is completely different to that of the Xtreme with the Xtorm Discover favouring a soft and sleek rubber front and back, presumably for grip, and a white plastic accent inner case.

Up front there’s an Xtorm logo, and the battery indicator-cum-power button, with an annoying Xtorm label on the outer edge. This serves no real purpose other than to annoy me from what I can gather. On the top of the device is where the ports live. Two USB Type-A outputs delivering a combination of up to 5.4A with output 1 delivering 2.4A and output 2 delivering up to 3.0A due to the Quick Charge 3.0 integration. There’s also a USB Type-C input/output. Something which was a new one on me is the fact there is no secondary input for a microUSB cable. This recharges purely by Type-C port which is an interesting sanity check as to where we are in the whole USB cable transition. Finally there’s a lanyard loop off to the side.

The main draw for me however was the awesome way in which the Xtorm Discover stows its USB cable. You don’t have to wrap the cable around the unit or stick it in your backpack and take off out with you, you can simple stow it in the cable are on the right hand side, and it’s held in place by a magnet. Really cool idea. We’ll get to my one gripe with it later on. 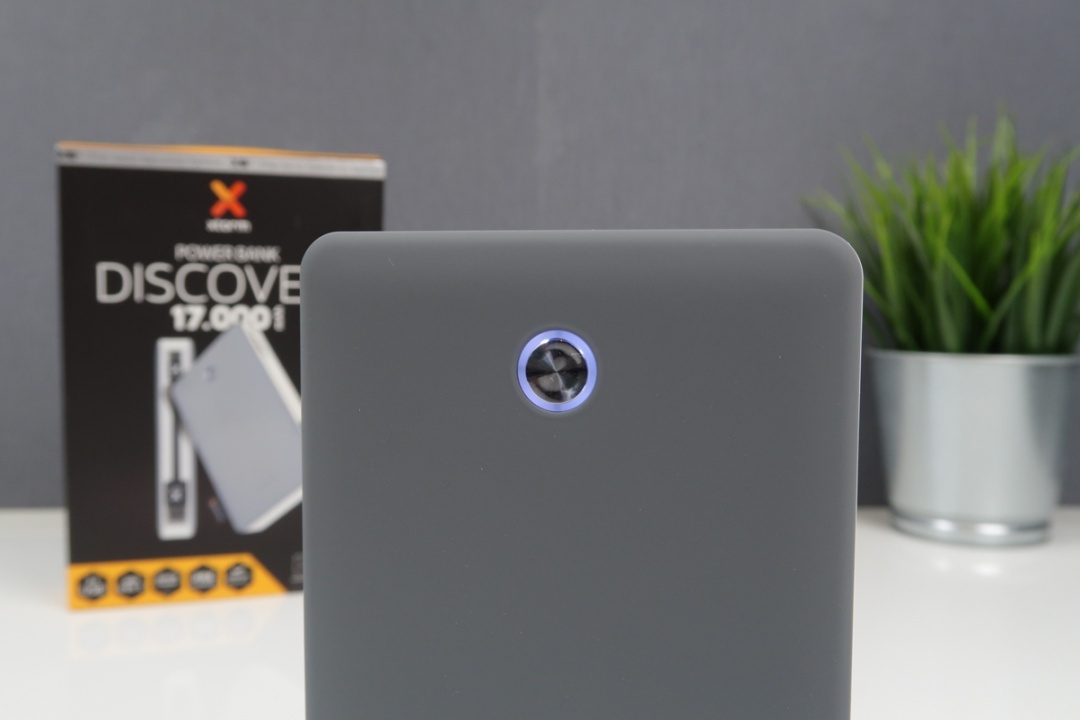 The battery indicator on the front seems like a great little addition and fits with the general premise Xtorm seem to be going with in this unit; to make everything compact and multi-function. However as soon as you drain the battery a little, it becomes difficult to ascertain exactly how much power you’ve got left to play with. This is perhaps due to the translucent design of the LED covering. It tends to spread the LED colour across the cover despite not actually illuminating in certain areas. I’d much have preferred them to go with the same mechanism they did on the Xtorm Xtreme and give me 4 notification lights.

That said, unlike the notification LEDs, the Xtorm Discover does follow the Xtreme in the power deliver and efficiency stakes. We calculated this out at around 90% efficient after testing discharging a number of times with a number of devices (OnePlus 5, Honor 9, Nintendo Switch, etc). For example, it delivered four full charges to my OnePlus 5, and my Nintendo Switch over three and a half times! If you have a Quick Charge 3.0 compatible device, you’re going to have a good time also with some speedy charging thanks to Qualcomm’s technology. After charging up the OnePlus for the fourth time there was still enough to top up some other devices before it failed also. That’s excellent, and again, just like with the Xtreme, the Discover deals with holding charge very well.

When you come to charge your power bank after you’ve finally drained it completely is where I have a bit of an issue. That, and the choices they’ve made in general. The fact that the included stowing mechanism is reserved for a cable that cannot charge the Xtorm Discover directly is just a shocking oversight. The stowed cable is microUSB, but the device is charged only by Type-C. There is an included Type-C cable with the package, but it’s of a different design to that of the stowed microUSB cable and as such, you can’t just swap them out and be on your way. It doesn’t fit. You have to carry the Type-C cable in a pocket of somewhere else; hey perhaps through the Xtorm branded label!

Whilst I love this device, that one silly mistake makes me think twice before picking it up and taking it out with me over other units I have. Hell, they could have solved this by:

No doubt there are people that won’t have an issue with this, but the fact they provide an ingenious mechanism for storing a cable that cannot charge the power bank is just beyond madness.

Aside from that, if you can get your head around the stupidity of one decision, you’re going to be very happy with what the Xtorm Discover gives you. It’s compact, has a large capacity and includes Qualcomm Quick Charge 3.0 for the same price as it’s smaller Xtorm Xtreme sibling. It’s a very compelling product and it could have been a no-brainer but for that one designer who was left alone a little too long. Maybe with a generation 2 product? 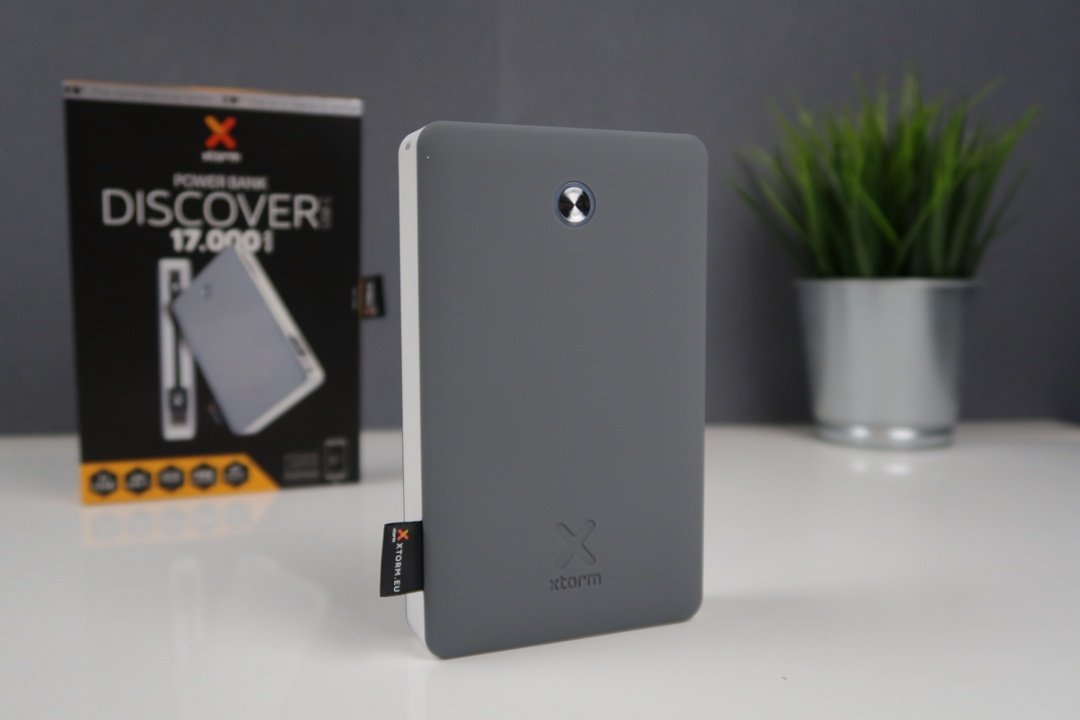