Well I forgot to take them at the time so I’m going by memory. At the time I was rather stunned by its appearance actually. You see I had bought a Lumia 735 when it was in that offer Microsoft was running. Buy a 735, 830 or 930 and you get a free Fitbit Flex. Ooooh thought I and after much battling with EE to give them my money I got the phone. You see you didn’t just get the Flex, no you had to install an app from Microsoft and then order one that way. It, errr was a pretty janky experience. Eventually I got it to work and it all seemed to have processed. Then I waited. Then I waited some more. Then I waited for some more. Then I rang the number listed, premium rate number might I add, to find out what if anything was happening. They told me yeah, we have a record of your claim. Oh when will you get it, you’ll get it when you get it, could be whoever, we have absolutely no idea. So I waited more, and some more. Then I rang them back and got the same helpful attitude. Frankly it was a toughly shoddy experience, I can’t recall the name of who it was Microsoft had running the promotion but spectacularly poopy customer service experience. They managed to turn a free gift “yey!” feeling into frustration and some extremely negative feelings. Well done there Microsoft.

The Fitbit. Hmm pleasant box, nothing special. opening it up. So we have two straps, the actual Fitbit, a USB thing and a little card telling us to go to www.fitbit.com/setup. Which is wrong if you’re not in the US. Then I find that it demands the use of its own little dongle. Now as best I can tell it’s just a Bluetooth dongle so why, why Fitbit must we use yours? It’s like EE, Microsoft and Fitbit have all teamed up just to annoy me.

So with it all setup, I paired it to my phone and the Fitbit app on it. All went smoothly and they seem to have no issues in communication with each other.

The app is fairly simple. There is functionality to do things like tracking your outdoor running / cycling, a weight thingy, a food plan thingy, a hydration thingy and lastly, a sleep tracking thingy. Lots of thingy’s is can sort of do. The food and the hydration aspect are, well their just preconfigured ways for you to write down your consumption and it will save it for you. Same for the weight (though you can buy Fitbit scales.) The Tracking for running or cycling, well that just borrows the data from your phone or Wear device as the Flex has no tracking abilities. I presume the more fancy Fitbit devices can do these things though, so silly to make multiple apps I guess.

One bit I did leave out was the sleep tracking. The Flex does do this you see but….. you have to manually tell it when you’re going to sleep and then tell it when you wake up. For me this seemed to be a huge problem so I regularly didn’t sleep for 3 days then I slept for 16 hours. I was worse at remembering to switch it back in the morning so I’m sure the last two or three hours of my “sleep” were rather animated. So for me, the sleep tracking function was essentially useless. I can’t entirely blame the Flex for that.

God forbid they put it in a convenient form anywhere. Basically its battery life is rated at 5 days and it uses Bluetooth Low Energy. Its memory is 30 days’ worth. Fitbit isn’t a device aimed at techy people so it doesn’t frame anything in those terms.

The interface for the Flex is errr, 5 dots. You tap the band a couple times and it flashes dots to signify how close to your daily target you are. One flashing dot means you’ve done very little, presumably 0 to 20%. If you hit your target then all 5 light up when you double tap it. if you furiously tap the thing, you can set it “sleeping” mode and that’s signified by 2 dots at either side of the display lighting up. Its super, super simple. The Fitbit Dashboard is not as overly simplistic but it very easy and it can keep track of your steps and sleep easily. It also extrapolates the distance walked and the calories burned doing so. It has options for adding in your drinking and eating levels too. What’s more if you want to pay them you can upgrade to Fitbit Premium which will errr, I suppose call you fat and lazy a bunch of times to “motivate” you. Its websites does claim to tell you what it does but aside from making graphs and pie charts I’m not too sure what it does. It all looks pretty if that helps?

The basic fact is the Flex lacks in features. For the price of the thing I’m really quite surprised as to just how basic it is. Its sleep monitor is manually controlled and I’m not sure exactly what it’s supposed to tell you. You didn’t move about a lot or you move about at these times of your sleep. Errrm okay, and? So for the sleep thing it’s pointless. The big thing is the pedometer functionality, that is really all it does. For god sake it doesn’t even have a clock on the front like the Charge does. That would be a huge boost in features I think. This just seems so basic. I mean its works, its software is nice and pretty but accept that its “features” are a pedometer and that is all you get. For the money, next to the Charge, it feels lacking.

The Flex is the cheap one, and its well a bit simple looking. Its only way of displaying is by flashing 5 LED dots displayed on tapping it. Otherwise it’s a black band of rubber which is very bland. Not ugly but certainly not pretty. Never mind though, China to the rescue! If you fire up eBay you can find a wide assortment of coloured options and patterned bands, not to mention a ton of girly jewellery type things. I presently have a liking for grey so I fired up eBay and ordered myself a grey band for just a few pound. It’s not quite the same quality as the real one but you know what? Its close enough and I greatly like it. In short, Fitbit is a big name brand so you can get bands dirt cheap and in a massive variety of bands.

I cannot fault anything. The bands feel nice and rubbery textured and the thingy itself is a little blob of plastic that seems immaculately stuck together.

Usability: Well you do so little with it, mostly it just lives on your arm and you never touch it. You just tap it firmly, that’s all. Stupidly simple.

5 days it claims, I never really counted but 5 days would seem about right. I don’t love that you can’t its battery status directly but it’s so long as to not really be an issue.

Connectivity: Bluetooth Low Energy. So that’s Bluetooth V4.0 I believe. I never had any issues with it not connecting or loosing connection and not reconnecting. It always seemed to work without any notification of any issue.

I got it in a free with a Lumia offer so for free, awesome value. For its retail price of £80 I find myself balking. No, just no, in no uncertain terms would I buy it at that price. The Fitbit Charge and Charge HR are only fractionally more and they are far more functional. If I was using real cash for a Fitbit, the Flex while the cheapest doesn’t look the best value.

I don’t know what to make of the Flex. I don’t think its good value for money that’s for sure but it was on offer and I have it now so that doesn’t really matter. I dont find it particularly useful. Its total lack of doing anything but flash a fed lights whet I tap it seems pointless. Yet I wear it practically constantly. It isn’t a constant thought in my mind, it measuring my activity levels but I wear it still. I wear it and I don’t often look at it but……. on days where I’ve been out and about, for whatever reason. I will look up and see how many steps it was and while I don’t think its driving me to walk more, on some level I am aware of it keeping score.

I have noticed that Fitbit seem keen to get you to share your activity or lack of with your friends. Is that so you encourage your friends to buy one or because some will secretly seek to outdo their friends and thus make the buying a Fitbit be more activity inducing? Does it matter which if the result is that you do more exercise? I don’t know. I however dislike Facebook and it’ll be a cold day in hell before I share my Fitbit Dashboard with the entire world.

So would I buy one, hmm, na I wouldn’t, certainly not the Flex anyway. Should you? Well maybe, maybe not the silly expensive Flex but the concept in general is a good one. To turn your activity into a game, to track without you having to count yourself. I could just imagine Fitbit partnering up with Ingress and really gamifying your footsteps. There is (wallet slap aside) really no downside to trying one, at the worst it makes you do no more exercise than before. At best, well who knows but it could be just a step towards ever more advanced health monitors. Not just footsteps but constant heart rate, O2 saturation levels, blood pressure and god knows what else. So from me I’ve got to thumbs up the idea behind Fitbit but the Flex, na. It is a very expensive pedometer, so look to either something cheaper or look higher up the Fitbit range. 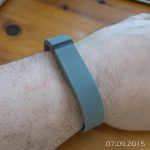 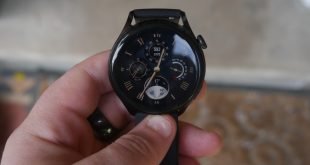 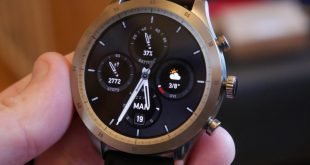 Zepp Z Review: Classy, But Not Ready For Prime Time