Vivo’s expansion into the European market isn’t restricted to just a flagship offering in the Vivo X51 5G. There’s a full range of reimagined devices being launched, with the Vivo Y70 being the mid-range option. A significant p[rice drop from the X51 5G should send alarms bells ringing. Just what corners have been cut? On paper, it looks a strong competition. Let’s get into the real world use of the Vivo Y70 and see how it fares.

The Vivo Y70 was provided on loan from Vivo’s PR company in exchange for a full and fair review. Vivo nor their PR partner received draft visibility of the review copy, and nor did they have any editorial input into the final, published article. The review was completed after a 2-week review period with the device. 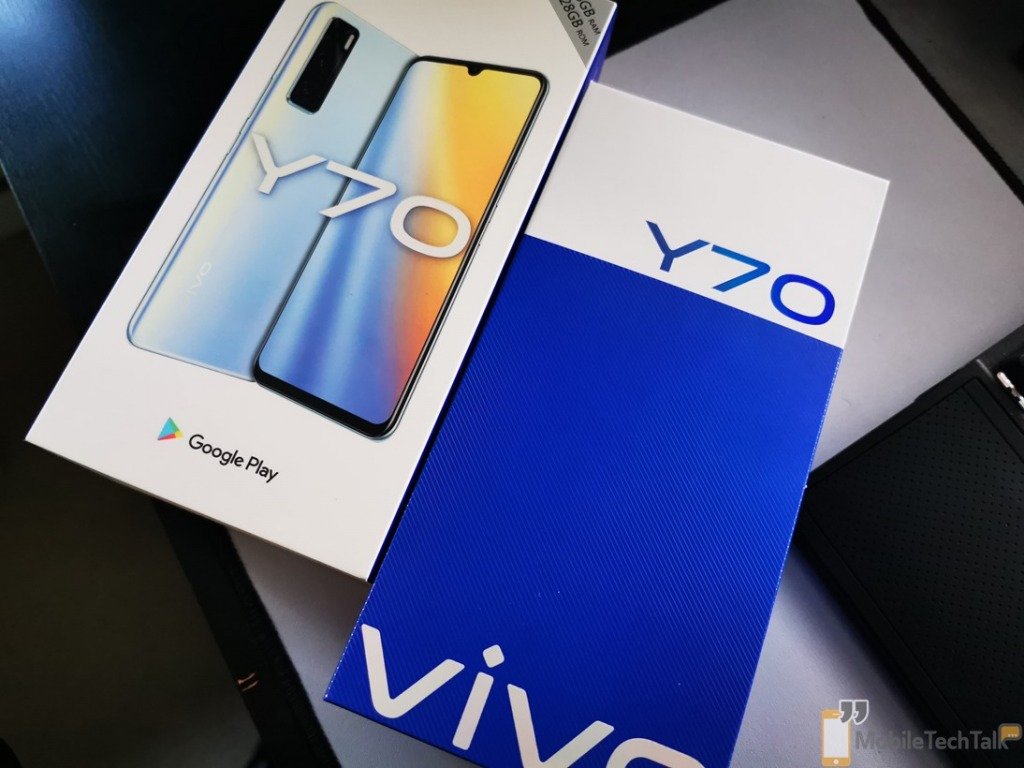 As a mid-range device, the Vivo Y70 comes in a slightly different level of packaging as the X51 5G. Gone are the elegant packaging and premium design. In its place is a standard Vivo-branded, two-tone, phone-shaped box. That’s absolutely fine by me; I don’t spend too long fawning over the box a device comes in too often.

The Vivo Y70 follows a tried and tested mid-range recipe of a glass front, and plastic back and frame. Not only does this material choice cut cost in the manufacturing process, it still manages to provide enough options in the design phase to keep consumers interested. Here, the Gravity Black, and Oxygen Blue are gradient designs that look nice enough.

Around the device, it’s kept pretty simple. Up top, there is only the Dual-SIM card slot and a pinhole microphone. Along the right edge sits the power button and volume rocker. Along the bottom edge, there’s a bit of a throwback. The speaker grille, Type-C charging port and pinhole microphone are standard fare, but then there’s a 3.5mm headphone jack. A rarity in 2020 but something lower-end devices still favour.

On the front of the device, there’s a 6.44-inch AMOLED display with a resolution of 1080 x 2400 at an aspect ratio of 20:9. There is no confirmation from Vivo, but it seems that a Corning Gorilla glass protection standard is used for protection here, but don’t go testing it! Underneath the display is an optical fingerprint sensor.

On the rear is some subtle Vivo branding alongside the triple-camera setup. The main camera is a 48-megapixel main shooter with phase detection auto-focus, but no optical image stabilisation. The other two included cameras are both 2-megapixel affairs; one is a depth-based camera whilst the other is a macro lens.

For more detailed specifications, head over to GSMArena.

There’s no getting away from the fact that, as nice as the Vivo Y70 looks (and it does) it feels significantly less premium than other phones in the same price bracket. Other devices have taken to providing texture on the rear of the device to detract from the fact it’s not glass. Here’ we’re left with glossy plastic, which detracts from the overall weight (not always a bad thing) but is also a fingerprint magnet to boot. One aspect on the rear that Vivo has nailed however is the design of the camera hump. Its placement is still infuriatingly offset, but it looks good when the Y70 is face down.

Thankfully the Vivo Y70 is significantly less slippery than its more performant sibling, the X51 5G. Having no texture on the back-face doesn’t help, but it’s a little easier to hold in the hand. Users might well have less fear of dropping. 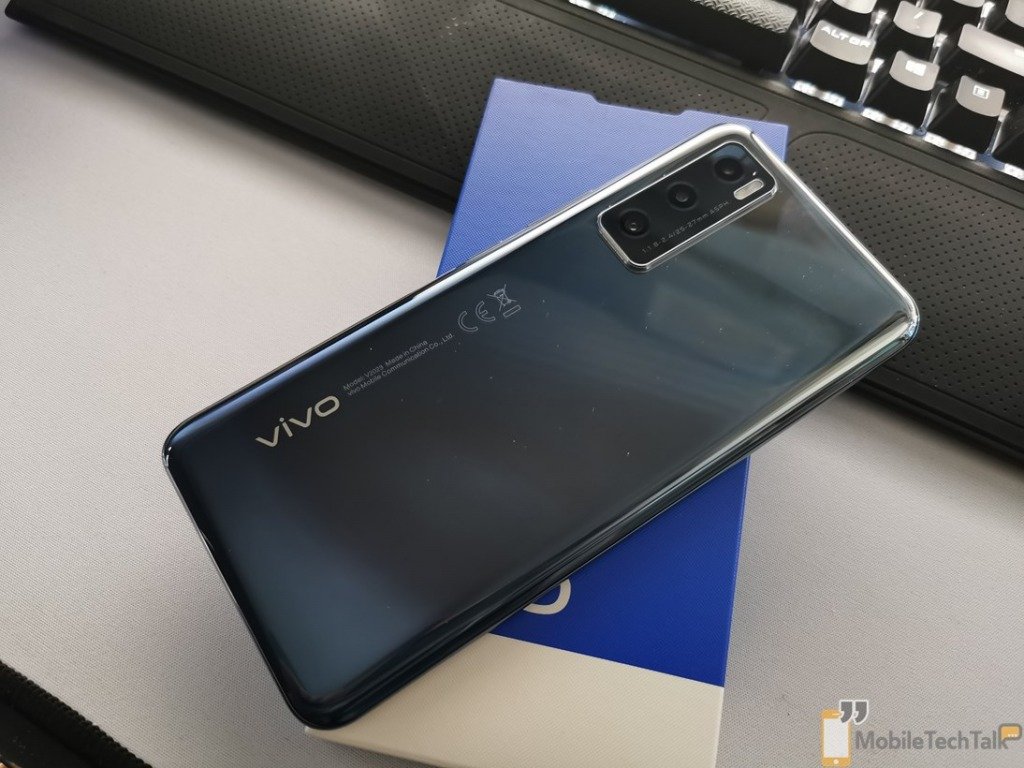 Utilising the Snapdragon 665, which is at the time of writing, an 18-month old processor doesn’t often cause issues for daily tasks but it can have its moments. In gaming and video recording, it does show its age. Frame rates do drop below playable on occasion, although not often, and when recording 4K video, the display struggles to render what the camera is seeing at an acceptable rate. On the whole, all daily application use is acceptable. Scrolling is smooth, app transition and multi-tasking are speedy, and battery life is good.

The power setup here is one area that I think is greater than the sum of its parts. The included 4100 mAh battery sips energy in most scenarios, and you can get some decent screen on times, with my testing averaging around 4.5-hours. More impressive however is the standby time. Depending on your usage, you can spread that 4.5-hours of use over a 48-hour period with ease, and still have some juice left for a quick social media session. When you do have to top up, the 33W FlashCharge 2.0 technology forces power into your battery speedily with up to 65% of the battery being charged in just 30-minutes. That is rapid! 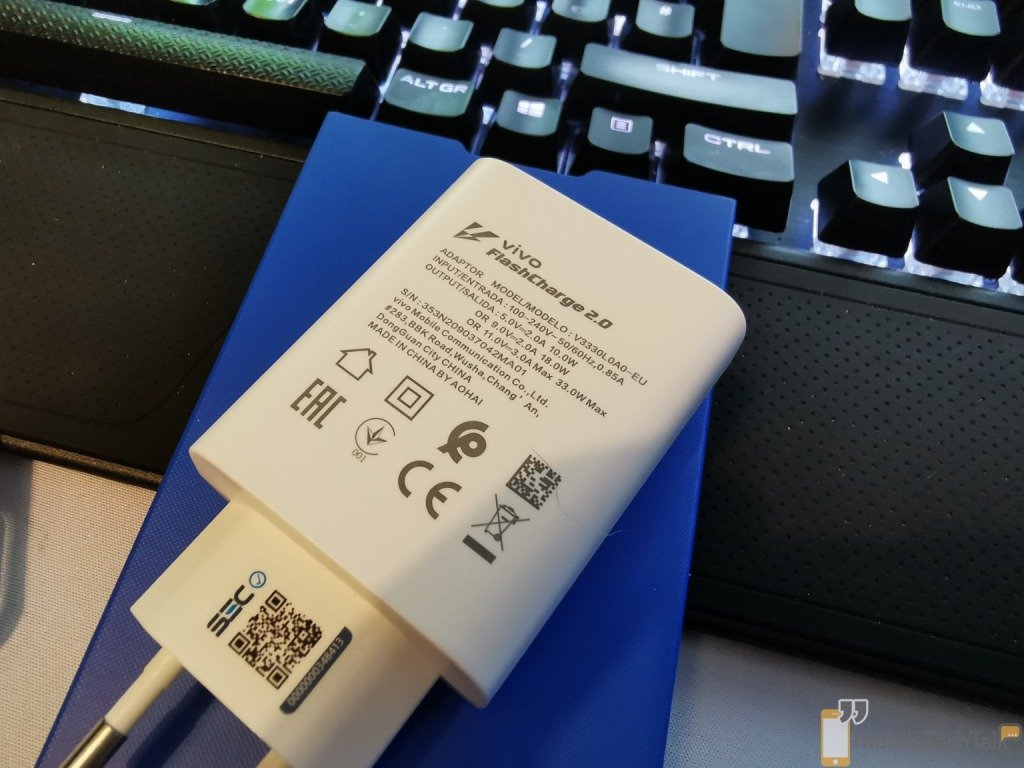 Perhaps the highest height the Vivo Y70 manages to reach is with the ability of the included 6.44-inch AMOLED display. It doesn’t have any HDR certification or anything fancy, but it does deliver crisp, vibrant imagery. Where you do find certain colours to be a little less than desired, the included temperature controls can be tinkered with to give the desired outcome. At this price-point, I’m not sure you can find much better displays.

Under that lovely AMOLED display sits a fingerprint scanner which manages just fine with the usual caveats (no wet fingers or extremely cold ones). Facial recognition is here also thanks to the 16-megapixel selfie camera.

Finally, calls on the Vivo Y70 are absolutely fine, unless you feel like using the loudspeaker. It’s high, scratchy and rather anaemic. Luckily the included 3.5mm audio jack means a cheap headset will get around this. I certainly didn’t expect much more than I got from testing audio output on this mid-range unit. It will do in a pinch.

Having come from a largely positive performance section, we’re back to staring compromise straight in the face in this Camera section. The triple-camera setup included on the Vivo Y70 is not to be sniffed at, but the three cameras included could have been picked more carefully. The 48-megapixel main shooter manages to deliver good daytime shots with lots of detail and acceptable dynamic range. It also delivers 4K video recording at 30fps, and whilst not stabilised, if you have a steady hand it’s not too shabby. The only major complaint I have here is how saturated reds behave. This isn’t something unique to the Vivo Y70, but it is difficult to miss here.

The other two cameras included though are very much surplus to requirements. 2-megapixels isn’t really enough raw detail for the average consumer anymore, and so it shows here. A macro camera alongside a depth camera for that now-ubiquitous bokeh effect, are both poor. Very occasionally you’ll manage to get a decent shot but for the most part, the bokeh and macro shots are very noisy, with poor colour reproduction.

Video is a similarly mixed bag. The Vivo Y70 can deliver up to 4K 30fps from the main camera, but with no image stabilisation in tow, you’re going to have a difficult time getting something more than barely usable as a description. The 1080p video is better in that regard, but both resolutions lack a little vibrancy in the colours. They are closer to accurate than you might see on some mid-range Samsung devices though, which tend to go hard on saturation.

The Selfie video is actually a little better. The Snapdragon 665 does a good job of rendering what the camera is seeing and recording, and the audio seems crisper than during the rear-camera video recording. Stabilisation is easier to control here too. There seems to be a cooler overall temperature but this can be corrected easily enough. What is a little harder is the overall brightening of the recording. Regardless, there is enough detail in these selfie videos to use for social media and basic vlogging if required.

There is little to say here that hasn’t already been said in other reviews featuring Vivo’s Funtouch OS skin. Check out our review of the Vivo X51 5G for more detailed information on the software included by Vivo.

As an overview, however, I really quite like what Vivo has done here. They’ve included almost zero bloat, added some theming and some AMOLED always-on display options and animations, and kept it clean and simple.

The implementation here reminds me very much of Motorola’s approach. Take Google’s standard deployment, don’t mess with it too much, but add a smattering of your own spices. Those spices here are more subtle tweaks such as the iManager application to control memory use and power management. You probably won’t use it often but it’s nice that it’s there and it’s equally nice that these tweaks aren’t pervasive.

Interestingly TikTok has seemingly been promoted to that of social media application royalty. Vivo includes certain applications by default, with Facebook and Instagram finding their way onto all of their devices. You can now expect TikTok to be alongside these mainstays now too. 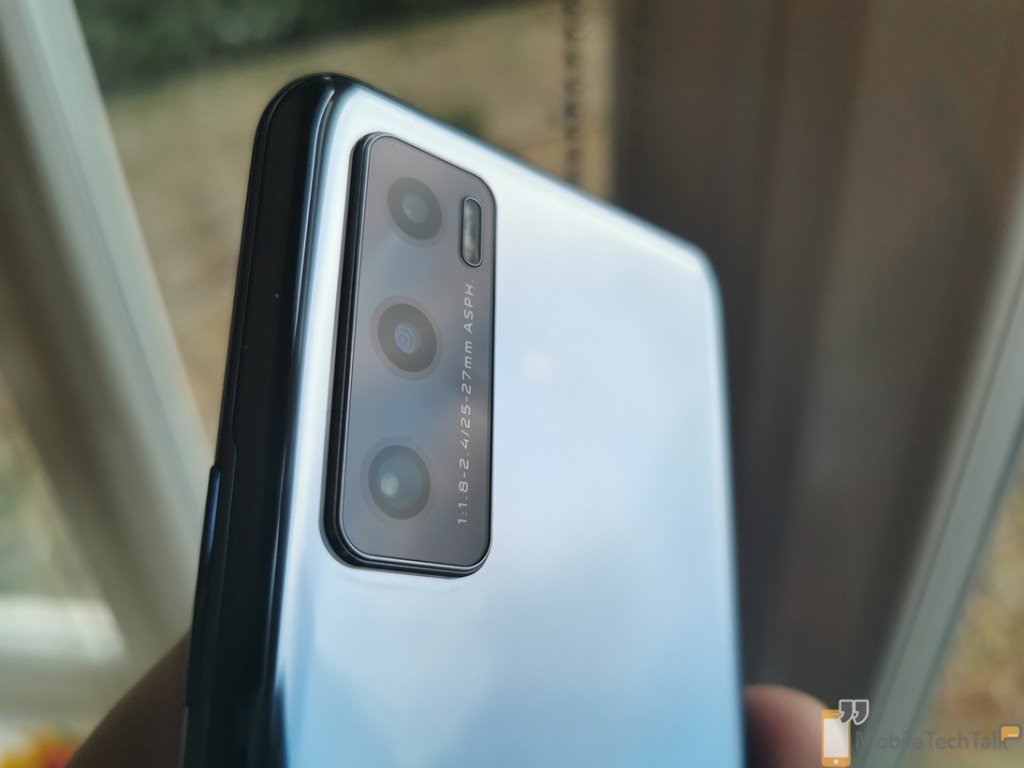 When there are devices on the market at more than £1000, and you’re reviewing one that is literally a quarter of that price, you know to expect some compromise. Here, the Vivo Y70 manages that compromise in a few ways, all of which are user-impacting.

First up, the inclusion of what amounts to essentially two redundant camera options in the Macro and Depth cameras is perhaps the most glaring corner being cut. The acceptable 48-megapixel camera is not quite enough to offset the disappointment here.

Moving on, there’s the material choice. I didn’t expect glass-on-glass sandwich, but the plastic back here, whilst aesthetically pleasing, gives the Vivo Y70 a budget feel. Couple that with the lack of weight it brings to the table underlines that feeling that something is going to be missing when using this device.

The inclusion of a very good AMOLED display, nice software tweaks, good battery life, and good fast charging technology, are sadly not enough to offset that. This isn’t in the same league as some options from Google, Xiaomi, and even the recently announced Realme 7 5G. All of these have more brand awareness, and the Vivo Y70 doesn’t do enough to stand out from the crowd.

The Vivo Y70 isn’t a poor phone, it just sits slap bang in the middle of a shelf full of similar products. If a sale price can be found, it would be a worthy option as somebody’s first smartphone or a budget second device.