Umi Diamond – Is It Good Enough?

I have tested out a couple Umi phones in the past and have been amazed by the superior build quality provided alongside very premium features at the sub £200 price mark. But this is the first sub £100 that I have tested. So here’s my review of the Umi Diamond. The UMI Diamond comes in identical packaging to the Super and Max which I previously tested out. The box contains the phone, a user manual, a fairly cheap looking 1A charger and a micro USB cable which has 2 clips so that you can carry it around easily and this is quite a handy thing.

The Diamond has a design which is similar to the Samsung Galaxy S8 as you have a curved back but the front glass has a much more subtle curve towards the edges as this is a 2.5D screen. Talking about specs, let’s just get them over and done with. The Diamond has 3GB of RAM, 16GB of storage, a 5-inch 720P display, 4G, 8MP rear camera interpolated to 13MP and 2MP front facing camera interpolated to 5MP and it is running Android 6.0. The design is pretty nice but the plastic back is pretty prone to scratches so I would recommend using a case to protect it. This already came with a couple of scratches from the factory so this would be a staple for this phone. The metal sides also came with some micro nicks but this may be down to the manufacturing process not smoothing the metal out completely but this will probably be rare to see.

The top of the Umi Diamond has the headphone jack and micro USB port, the right has the volume rocker and the power button, the bottom has the mono speaker and microphone. The front has the home, back and menu button alongside the earpiece and front facing camera. The back has the camera and LED flash. Benchmarks first. For Antutu the overall score is 36599. Whilst Geekbench 4 gets a single core score of 631 and multi-core score of 2599. The Geekbench single core is identical to the 2016 Samsung Galaxy A5 whilst the multi-core score is a bit under the LG V10 which is impressive considering that was a flagship priced over £500. The Antutu score is similar to the OnePlus One which is still impressive as that was also a flagship class device.

The Diamond is stunning to look at and the overall form factor is a tad larger than my iPhone 6S, the screen to body ratio is probably higher. The curved back makes the phone much more comfortable in your hand. But the back is a huge fingerprint magnet and there is an issue that due to it being such a small splash in the ocean, the number of accessories for it are limited and I would have appreciated if Umi could maybe include a case and tempered glass screen protector in the box by increasing the price by a couple quid as this would ensure those who like to carry their phone around fully covered like me have the opportunity and I doubt they would cost more than £1 to make both of them. The back isn’t a completely mirrored finish and there is a micro pattern. 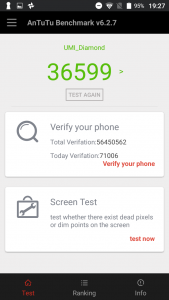 This does mean the back looks dirty from some angles even when you clean it.

The colours from the back camera of the Diamond are fairly saturated and aren’t incredibly accurate. This does mean the photos you take from here will probably only be good for social media rather than a shutterbug’s dream camera.  I am not too impressed with either camera but I think the Blackview E7’s camera has spoilt me and has set a high standard for the camera quality on sub £100 phones. 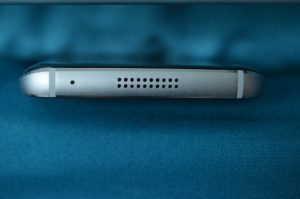 As with most cheaper smartphones, the speakers are fairly tinny and this isn’t a huge outlier with the difference between full volume and 90% is fairly significant with a 93.9-decibel output maximum across a variety of different songs and videos that I tested it with. I found that there was almost no distortion on the higher volumes when listening to music so even though it’s not necessarily the loudest speaker, it surely does have a good balance between volume and distortion.

I found the microphone used within the Umi Diamond wasn’t of the clearest quality and when filming videos the audio quality was fairly shoddy so I wouldn’t rely on this if you are intending to be shooting a short film and would recommend getting an external solution. 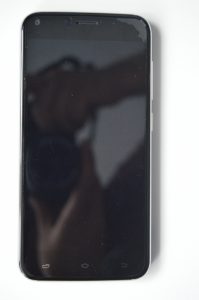 The LCD panel looks like it is laminated to the front glass because it just feels so close to the top. This helps to make the Diamond seem a lot more expensive than it actually is. The colours are a bit on the dull side which may be due to the display not being overly bright so outdoor viewing may be a bit hard. The colour range also doesn’t seem incredibly wide but I only found that this was applicable if you were really looking for faults. I much prefer the laminated look than a slightly wider colour gamut because I don’t any photo editing which it would be most beneficial for.

The phone was incredibly responsive throughout my usage and I would put it alike to the much more powerful and recently released Galaxy S8 from the limited time I spent with that. The launcher is very close to stock, however, some icons have been modified such as the email and music app. There are also shortcuts such as smart wake which allows things such as double tap to wake, draw c to open the camera, m for music alongside many gestures. This is running Android 6.0 and I am still waiting for a 7.0 upgrade that was promised for Christmas 2016 so I am doubtful an OTA(over the air update) will ever arrive however those desperate for an update will be able to do it manually but will do so at their own risk. I feel like the 3GB of RAM plays a large part in this compared to many other similarly priced phones with 1/2GB of RAM which gives this a big advantage over those. 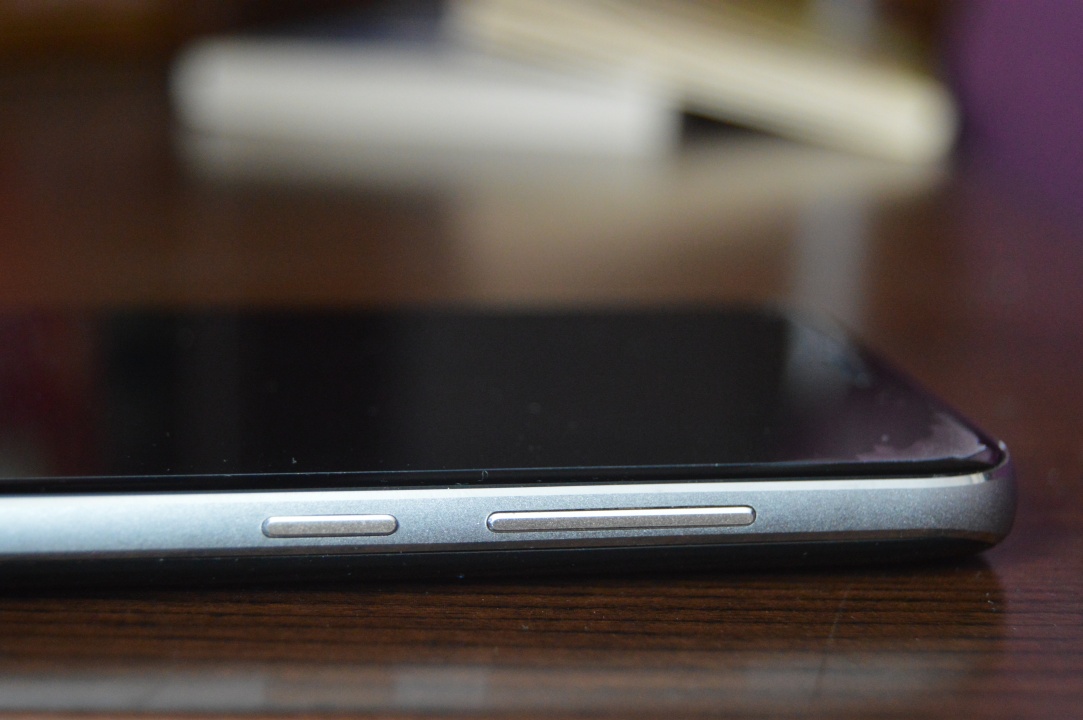 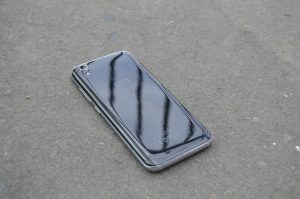 The battery life on standby was fairly good with the phone lasting about 7 days on standby whilst still receiving updates from Google Play, emails, Google Photos, and games. It took ages to charge up with the time being 4 hours and 1 minute for a full charge. This was mainly due to the phone reaching about 90% and then the charge speed slowed significantly so I think this is so that if you are somebody who charges up your phone overnight then this would be good but you definitely won’t be seeing any fast charging on this which is a shame. 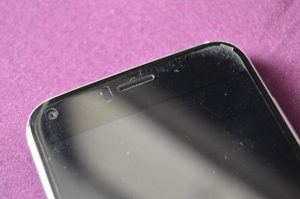 The phone has 16GB of storage but the storage you can use is 10.87GB and my standard backup was 3.41GB so you don’t have a huge amount of space especially if you load a lot of apps on this phone. But luckily you do have a micro SD card slot underneath the back panel so you can slot in 64GB of memory easily. It would’ve been nice to see 32GB but I guess that even 16GB is better than 8GB which many budget phones have. 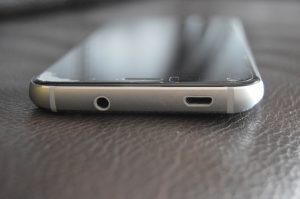 This is a dual SIM phone which means you could potentially have a main SIM which does data and then another one for calls and texts but this is rare to see in the UK because the vast majority of people will only end up using 1 SIM so whilst this feature is nice, it is more useful in countries within Asia where many people use this functionality. The network performance was in line with other budget phones I have used on the Three network which is a tad below the performance I get from my iPhone 6S. Many others have said this phone resembles the Samsung Galaxy S7 in form factor with the rear being gently curved but I did find that it scratches incredibly easily so I would recommend getting a case for this. However, these scratches are only visible in direct light so I am not sure about you but I would be annoyed by these easily. This curvature does make the phone feel a lot smaller than it actually is and this design language inspiration from Samsung is probably good for the Diamond especially as it means the end consumer gets a better-looking phone compared to the slabs of plastic usually found at the price range. 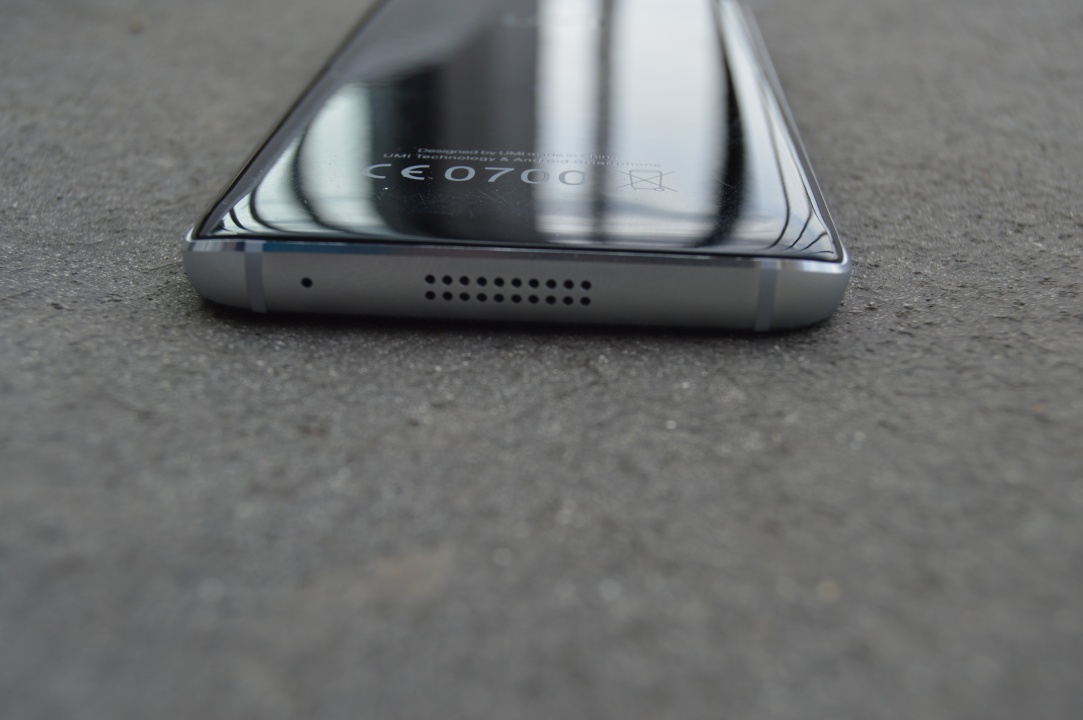 Overall I think UMI has tried to implement a lot of premium features into this smartphone with the metal frame, 2.5D glass, tactile buttons and great screen but the camera and speaker quality result do let this down. 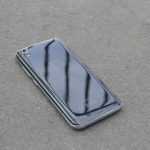