Tribit – ever heard of them? No, me either until IU was contacted to check out the Tribit XSound Go Bluetooth speaker. I’m glad they reached out. Yes, we see an awful lot of Bluetooth speakers and wonky audio devices which just don’t live up to any of the marketing hype, but this little portable powerhouse delivers in sound quality, longevity as well as price. It’s a Triple threat!

Tribit Audio, a group of Audio enthusiasts out of China, have a small portfolio of audio devices with a Bluetooth slant including headphones and of course, the Tribit XSound Go, their only portable speaker to date. What a debut!

Let’s start by checking out the specifications which, on paper, are not dissimilar to those of competing brands in the same space. 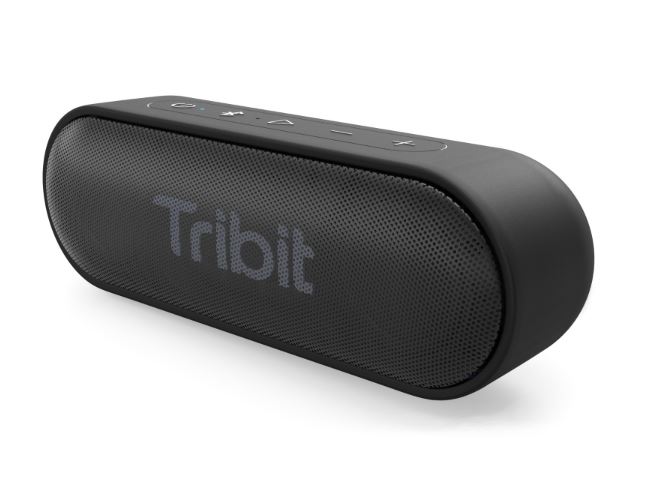 Orange is one of my favourite colours, so to see a largely orange and which package was quite neat. I know, it’s just a package. Inside the gloriously coloured outer packaging, you will find the Tribit XSound Go speaker, a microUSB cable for charging, a lanyard (or, if you’re old like me, a shoelace), a user manual and some warranty literature which I will definitely read.

What struck me first when pulling the speaker out of its packaging is the weight of it. It weighs about as much as two current generation smartphones weighing in at approximately 380g. Whilst that isn’t heavy at all for this sort of product, it feels reassuringly sturdy in the hand. A lot of that heft is due to the compact plastic construction as well as the dual 40mm drivers, and the 4400 mAh battery within the chassis. 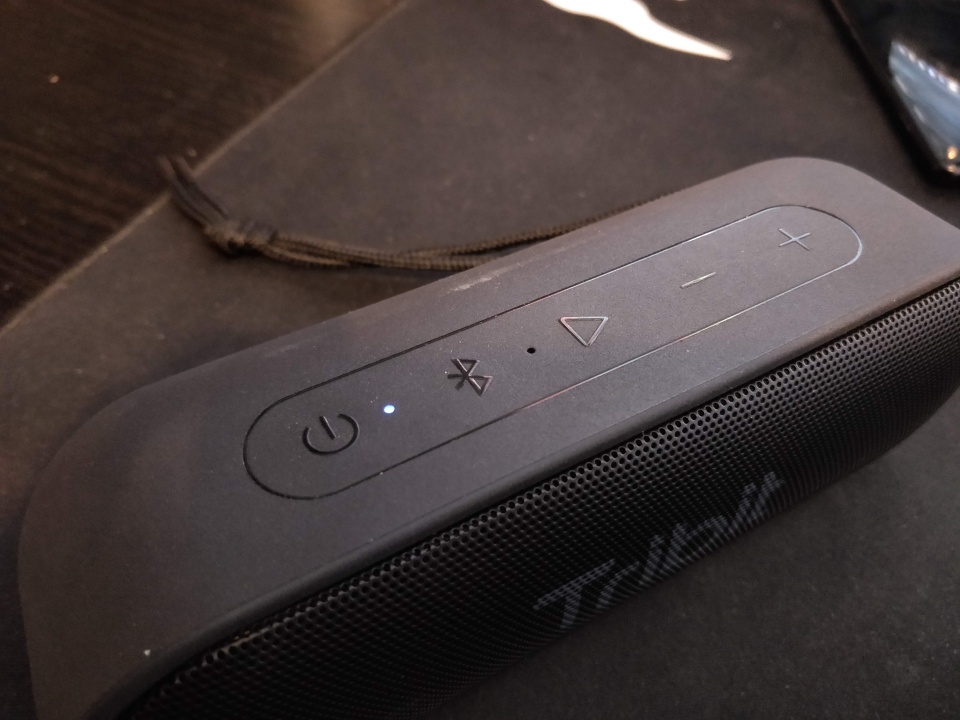 That chassis is in a ‘pill’ shape made famous by a certain other, more expensive, audio brand. On the top edge are the controls, comprising of a power on/off button, Bluetooth pairing button, play/pause/track select button, as well as two volume controls. A pinhole microphone sits in the middle between those controls for making calls or triggering the voice assistant of your choice on your smart device. On the bottom edge are 4 very small but well-placed plastic feet to keep the device sturdy when in use. On the rear is a port flap, under which sits the microUSB charging port and a 3.5mm AUX port, with only a small amount of branding alongside it. Turning to the front, the metal grille fills the entire front surface, behind which the dual 6W 40mm speakers sit.

It would have been nice to have seen USB Type-C on this device, as well as receiving a 3.5mm audio cable in the box, but we can’t have everything can we.

The Tribit XSound Go delivers a brilliant performance considering the dual 6W speakers in use, and its diminutive size. That’s straight off the bat. Tribit has seemingly received quite a few plaudits from other reviewers for this device and I can certainly see why.

The audio is clear, crisp and very loud. When testing with Pop songs through to Jazz, and Hip-Hop to round it off, I only found minor complaints. It leans towards the low-end for most genres which might be acceptable for the majority of the demographic Tribit are aiming at, but for others wishing for a more balanced approach, it could be grating. It didn’t bother me too much as Hip-Hop is the main genre of music I listen to.

Highs can be drowned out by the lows and mids at points, but at higher volumes, this is less of an issue as the bass hits a ceiling and the highs kick in. A little annoying that you have to crank it to 11 to get highs to 6 or 7, but hey, cutting costs somewhere is a must when on a budget. There is only a little hiss in the background which is only heard at the start or end of a track and is nowhere near as bad as similar products at the price it’s competing with.

Using the onboard controls is relatively easy also, but whereas the volume buttons usually double as the track skip/repeat selections with a long press, the Tribit XSound Go decides to use a double or triple press of the play button to control this. After a couple of outings, it became second nature. 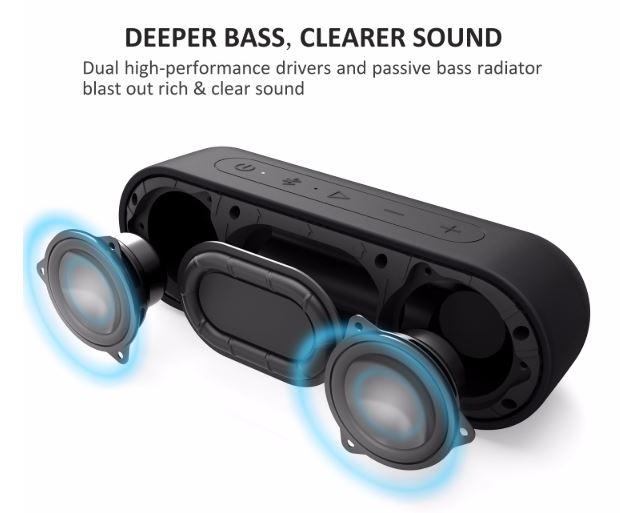 You’ll be pressing those buttons for quite some time without having to reach for a charger as well with the Tribit XSound Go good for around 22 hours of continuous playback in our testing at around 70% volume. When you do have to top up the juice however you will be sitting waiting. Tribit suggests that this has a 4 hour charge time to top up the 4400 mAh battery and we agree; 3.5 to 4.5 hours is the norm. Plan accordingly!

We only briefly testing the IPX7 rating which suggests it can be immersed in water for up to 30 minutes at a depth of 3 feet/1 metre, but it didn’t really have any issues in our “sink” testing for 15 mins. You shouldn’t go swimming with this, but if you have it on the side of the pool on holiday and it falls in, if you fish it out immediately you’re not going to have an issue. Just don’t take it scuba diving eh?

The Tribit XSound Go is a great little device when compared to those others on offer at the same price. With Amazon Prime this product is available for £35.99 here in the UK and that actually gets you decent to good audio, great battery life, IPX7 waterproofing and a level of portability to boot. That can’t be sniffed at and it’s certainly one to ponder for the upcoming Summer holiday with the family.

If you aren’t expecting Sonos-level audio, or rumbling bass that can rival an Alpine in-car entertainment system, then you certainly won’t be disappointed. If that is what you’re looking for – you’re silly to still be reading this!