Yes, the Tranya Rimor is another set of sub-£50 truly wireless earbuds, and yes there are some compromises here. There’s also quite a bit to like in this lilliputian package

Tranya Rimor Earbuds
+ FOR
- AGAINST 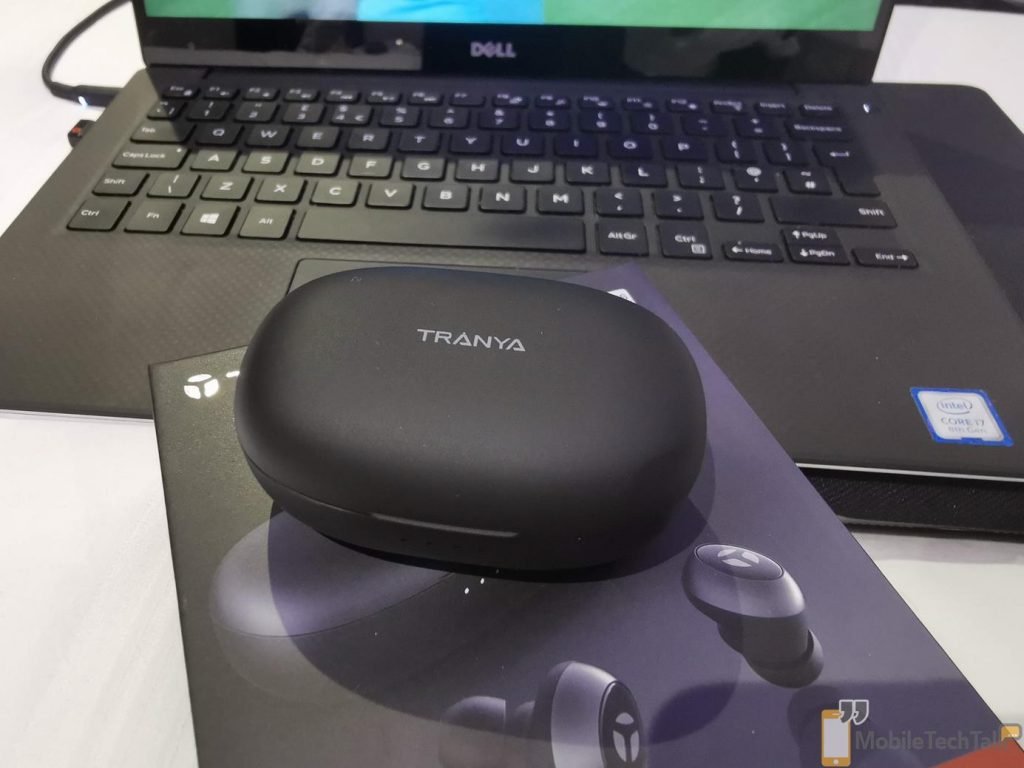 The Tranya Rimor earbuds are a bit of a departure from my usual headphone. I spend a lot of time working from home, with over-the-ear headphones on, and my go-to gym headphones (when I get there now!) are wireless buds with a neckband. I’ve reviewed similar products in the past, and with the odd exception, I’ve always found one of three things lacking; battery life, connection stability, or sound quality. Before jumping ahead, let’s see what you get in the package from Tranya, a brand name I’d previously never heard of.

A small package is nice to see when the product is equally diminutive. The 12 months warranty from Tranya is prominently displayed on the front of the box, along with some call outs of the major features such as the included 10mm driver, touch control, long battery life and environmental noise cancellation.

The Rimor buds are housed in a battery case with a soft-touch plastic coating which makes it comfortable to carry and store but a bit of a grease magnet. The buds themselves are of a glossy plastic construction which, frankly, looks rather cheap. 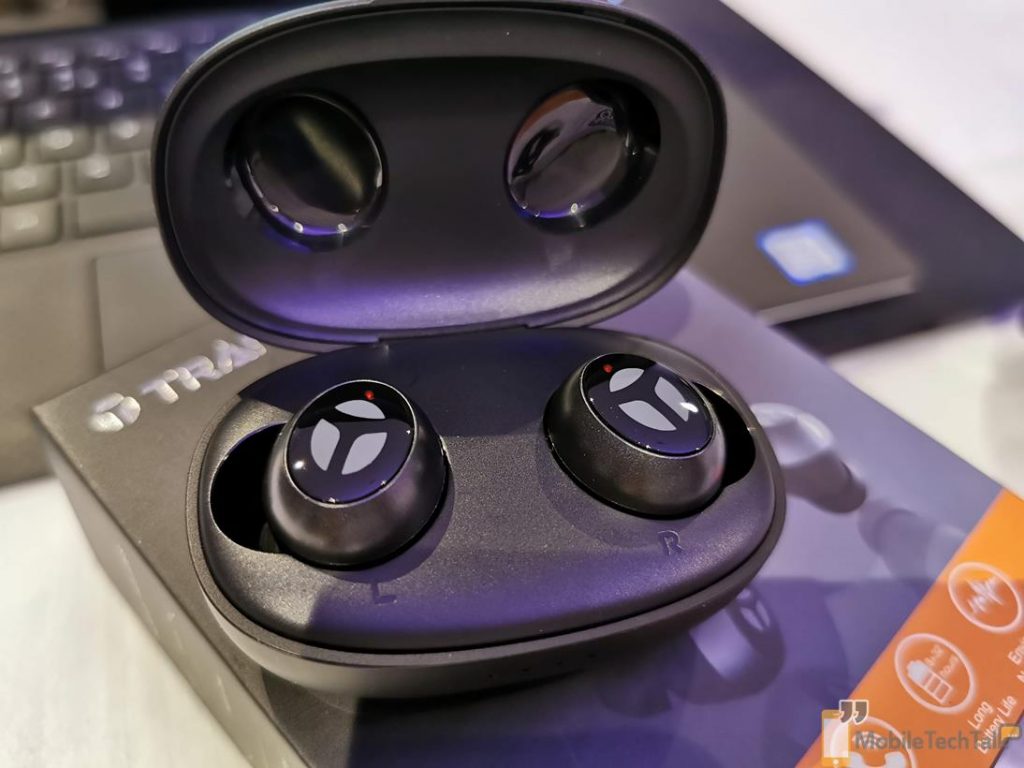 The buds nestle into the charging cradle with ease and left and right buds are clearly marked both on the case and on the buds which is nice to see; this is not the norm sadly. A magnet keeps them seated tightly whilst they charge from the 500mAh battery case. A small notification LED indicates the charging status too. 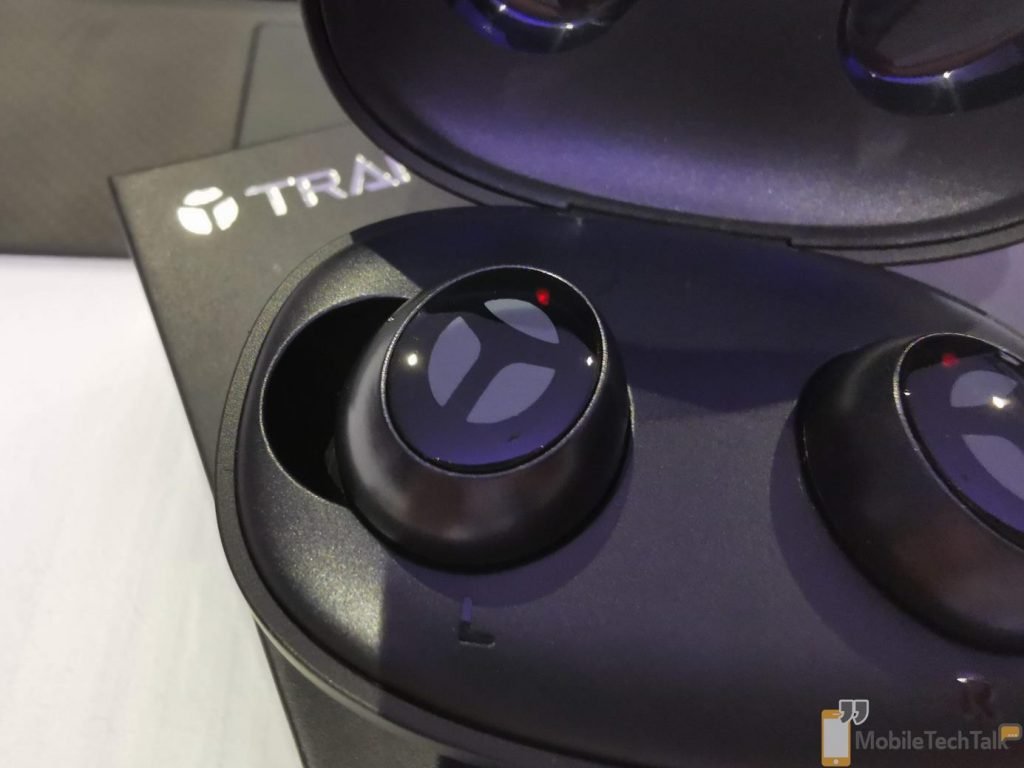 The Tranya Rimor buds are small in size, which does mean that whilst they are portable, they can be a little fiddly to get into the ear correctly. I spent a good twenty minutes trying to orient them properly for the best sound. As an aside, the Rimor comes with 3 spare silicone tips, but I’d recommend some foam tips be paired with these buds simply to allow them to stay in the required position in the ear and provide a little more isolation.

As stated, the buds are small in size, but can hit some volume without distortion. I cranked up my paired device to 100% and managed to push up the volume using the touch controls on the Rimor a fair few times before I started to cringe. In short, the volume can be pushed beyond the safe listening limit before distortion occurs.

The audio itself, volume to one side, is basic and confusing. The Rimor buds sport a 10mm driver which on this size of product, is impressive. Those drivers, as I’ve previously stated get as loud as you’d like. What you won’t get though is a proportional bass representation. I tested the Rimor buds with a number of musical genres and audiobooks (which work great due to the flat equalisation by the way). Acoustic and acapella-esque songs are represented reasonably well, with the highs getting lost only a little. Moving into some Rock or Hip-Hop and you’re going to have a slightly different experience, and an inconsistent one.  I listened to a variety of tracks, one after the other, with a variety of applications on my smartphone, and I could only get close to consistently representing the lows in each song by either raising the volume intermittently or reorienting the buds themselves. This does not provide a good, relaxing listening experience.

You can get great audio on the Rimor buds, but you need to fiddle with the buds, pushing them into your ear canal at times, and twisting them others. When they deliver, they deliver acceptably.

There is actually more to like about the Tranya Rimor buds outside of the audio frankly. The charging time of just over an hour in my testing is speedy enough given the 6 hours of continuous playback we managed, and the inclusion of USB Type-C is nice to see. IPX5 water resistance is in tow here also so splashes aren’t going to cause the Rimor any issues, or sweat during a workout. Then there’s the touch controls which are some of the most intuitive I’ve used. The touch panel is sensitive and large enough to be easily accessible, and the controls are simple. A single tap on the right bud will pause or play the current track, whilst a double tap will increase the volume and a tap and hold will skip the track. Switch over to the left bud to mirror these actions. A triple tap on either bud will engage the digital assistant in tow on your smart device. A very good experience. 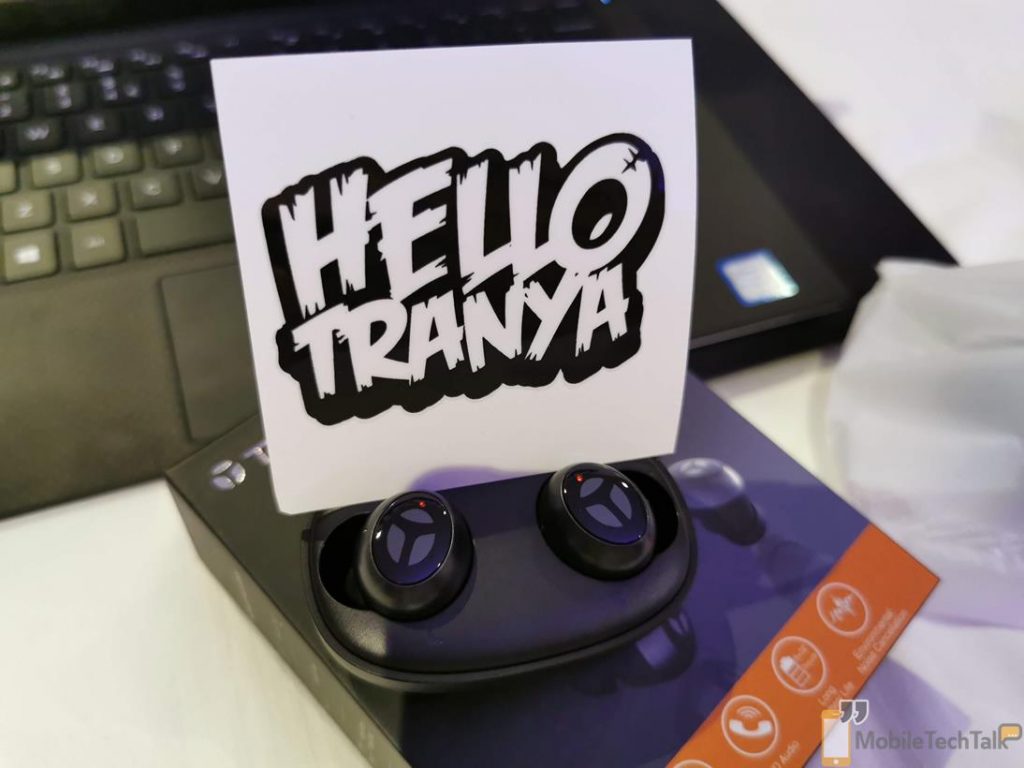 There are many things to like about the Tranya Rimor buds, but the key takeaway is that the audio itself, whilst acceptable in some scenarios, is perhaps towards the bottom of the list of niceties. A small, portable carry case with a large enough battery to keep you going on short trips, IPX5 water resistance, volume for days, and one of the best implementations of touch controls on a set of truly wireless earbuds all make this a compelling offering – unless you love bass!

For just shy of £50, I find myself expecting a little more of the Tranya Rimor earbuds, whilst also simultaneously using them more than I would have expected when on short walks. Should you grab hold of a pair? If you can get a promo code, or wait for them to be on sale, I’d say it would be worth it – but cop a set of foam tips to go along with them!