We’ve looked at a few SoundPEATS products in the past, mainly the wireless earbuds and a couple of Bluetooth speakers, but we’ve never check out an over the ear offering from them which may be because they haven’t really offered that type of product before. With the SoundPEATS A1 Pro, however, they have dived into the over the ear pool, and emerged from it with a product that has a lot going for it but is definitively a first generation product. Let’s take a closer look.

SoundPEATS A1 Pro
+ FOR
- AGAINST

From the outset, I was a little dubious about these headphones. We’ve reviewed SoundPEATS devices before and we’ve largely been happy with them, but there was something about the weight or lack thereof of this package that didn’t fill me with confidence. 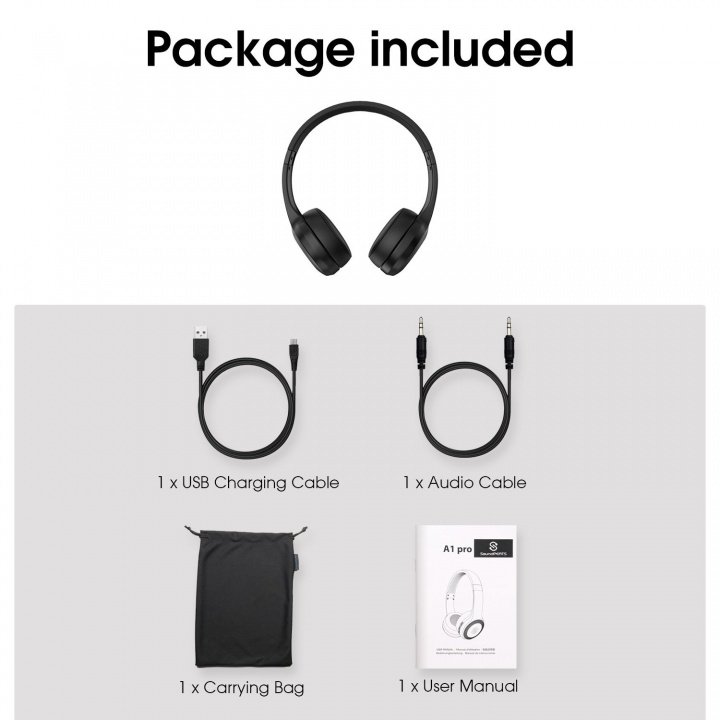 Opening up the package you get a nice little carry bag, a user manual, a 3.5mm AUX cable to use for wired use, and a microUSB cable for charging. Shouldn’t we be using Type-C now? Anyway, a simple unboxing experience with nothing to write home about but the inclusion of a carry bag was a nice touch that not all comparable products ship with at this price point. 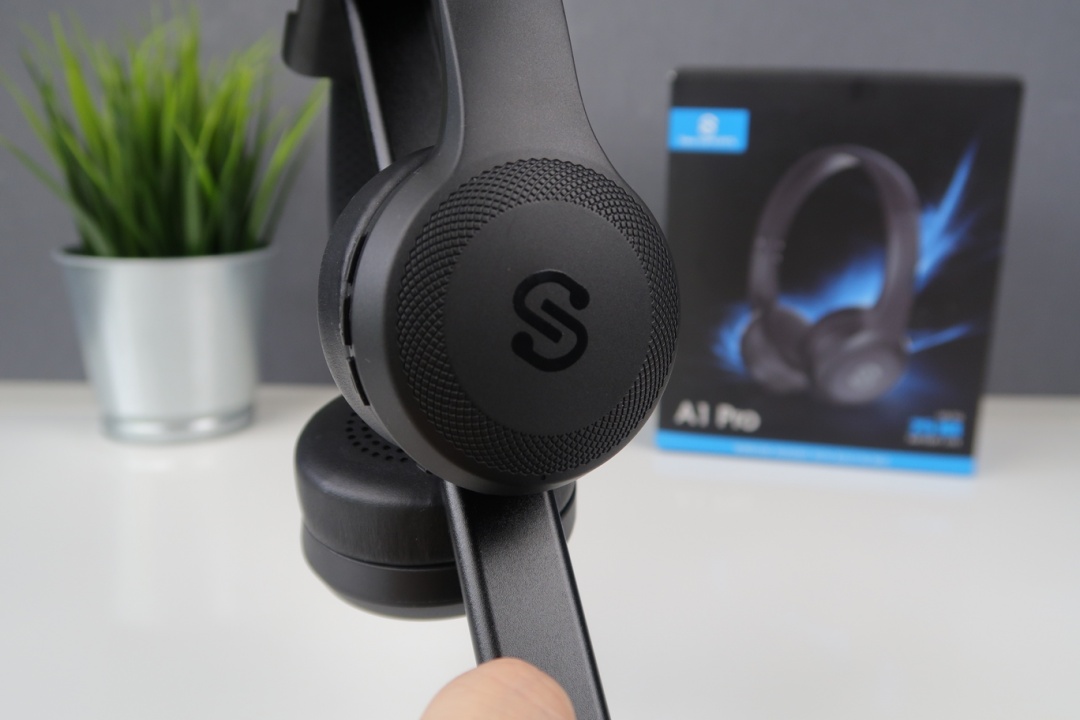 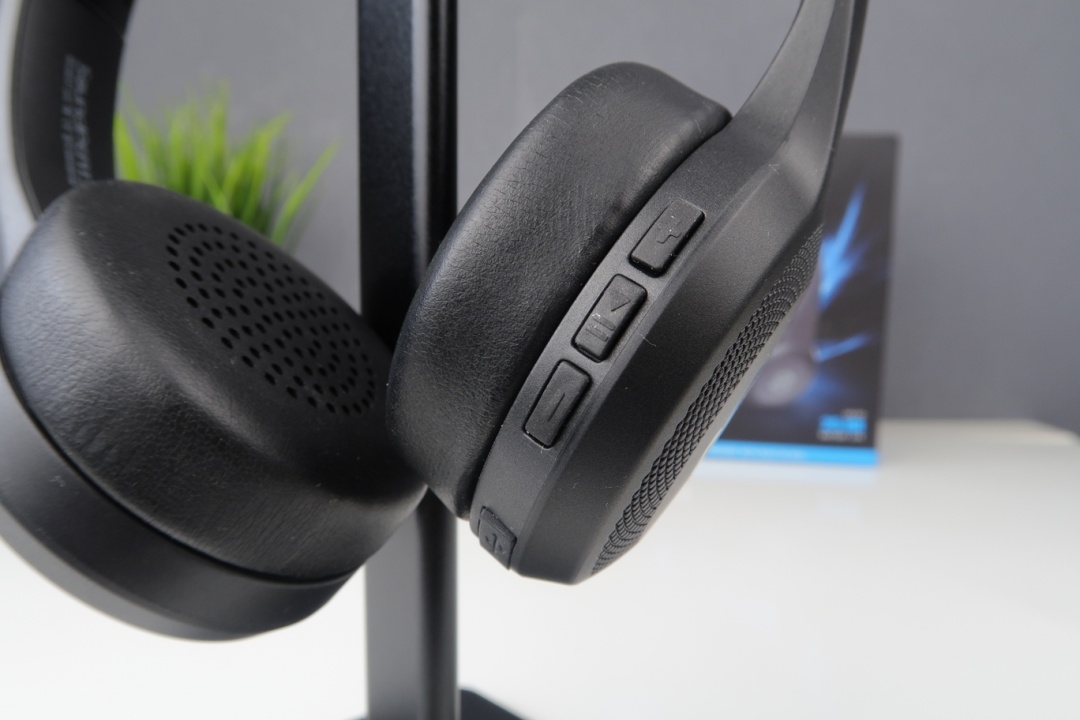 The SoundPEATS A1 Pro is a simply designed product. There are no flashy accents, no RGB light effects, and only one colour option; black. That should tell you where this sits in the marketplace, alongside its £30-£40 price point. It is firmly in the ‘affordable’ category of audio devices.

The black plastic construction does, unfortunately, give it a rather cheap feel, but does keep it lightweight. Everything south of the adjustment area on the arms is hardened rigid plastic, whilst everything north, up to and including the headband, has a softer, rubberised texture to it. I would have liked to have seen that continued throughout. The headband itself has some padding, but not nearly as much as you’d expect from a pair of headphones in 2018, and ear cups have a faux leather cushion which is quite spongy on the outer ear area, with little padding as it caves in.

Popping them onto your head, the SoundPEATS A1 Pro actually do feel quite comfortable if not particularly versatile. The ear cups have no pivot or rotation movement at all, and the only adjustment on the unit at all is to allow for large heads. The cushions do provide enough padding for my ears, however, after an hour of use they do sweat unfortunately. However, none of that really detracts too much from them when they are on your head. They don’t slide off, they don’t wobble when I’m moving and I don’t get too fatigued using them.

The controls on this device are nice and simple but again look quite budget. Volume up, down and power/play/pause buttons are on the right ear cup just alongside the 3.5mm AUX port and microUSB charging port which is covered by a rubber flap. It’s uncomplicated and does do the job although the buttons are difficult to distinguish from each other. Some different textures here would be nice.

Moving on to the audio performance of this unit, and it’s a bit of a mixed bag. They get plenty loud to start with. I had to have my phone on 50% volume out of the box to get these headphones to an acceptable volume which is more than adequate. It can be pushed up if you have a particular vendetta against your eardrums though and will do so comfortably up to around 90% before distortion creeps in. 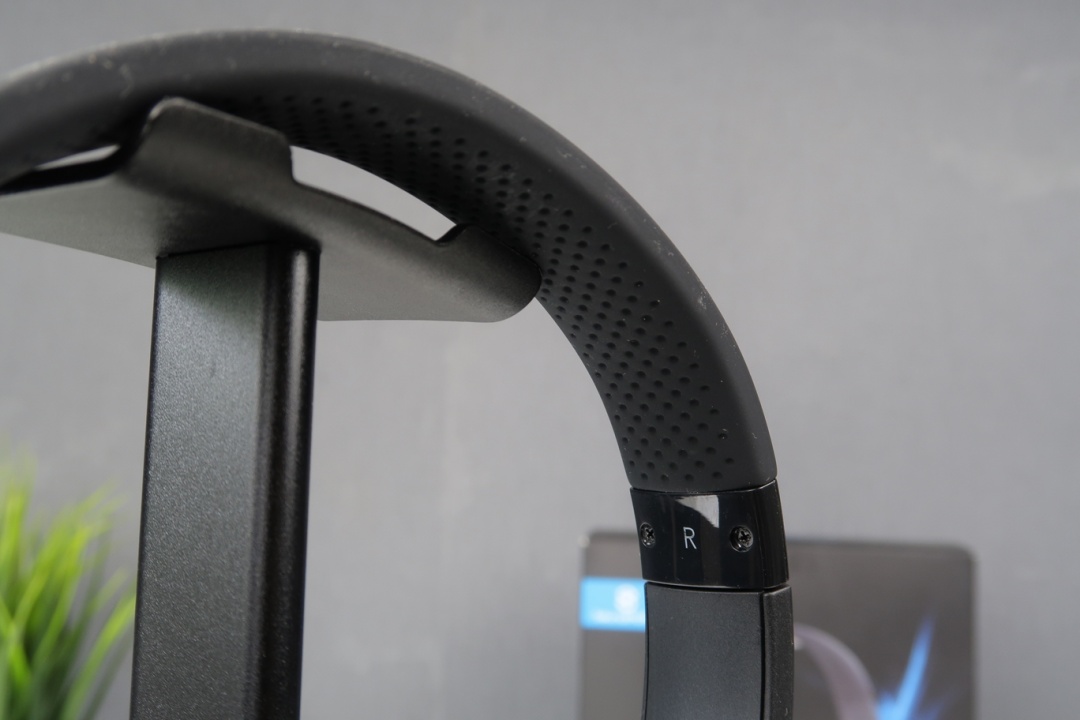 I have seen other people suggest that the bass on this unit is underserved, and whilst I agree it isn’t the clearest low-end I’ve ever heard I think it’s more than acceptable for this unit. It doesn’t overpower the mids which is good, but bass heads will be left cranking the volume up to try and push as much through the drivers as possible. Where the audio performance does dip however is in the transition from mids to highs which sounds almost non-existent. It’s muddy and gives the impression that the unit is aimed towards more low-end but I don’t believe that is the case. Listening to some Drum & Bass or Hip-Hop gives a decent level of bass, but switching to something with a mixture of tones, such as Lauryn Hill, the bass is still clear but the angelic piano and percussion sections are somewhat lost. This isn’t, it is my belief, that the low end overpowers everything else, it’s simply that the highs and the mids to a lesser degree are severely under-served. 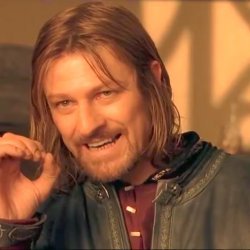 Battery life on this unit is stellar. That is all! Over the course of a week and weekend out and about in the garden, I managed to get almost 24 hours of battery from a single charge (not continuous use) and in varying temperatures also which we know can have an adverse effect on battery life. This sits quite proudly next to SoundPEATS’ claims of a 25 hour battery life, doesn’t it? One does not simply complain about a battery lasting an entire day of playback. One can complain about the fact it takes almost 3 hours (longer in some cases) to charge the relatively small battery though, and this could have been improved with a different charging technology, however, cost-cutting right?

The only other point to note here is relating to Bluetooth connectivity. We have V4.1 on board the SoundPEATS A1 Pro and not anything later (cost?) which shouldn’t be a problem. However, as with a lot of budget devices, I do find that the strength of the connection between my phone and them, in this case the SoundPEATS A1 Pro, is sketchy. I can have the phone in my jeans pocket, not 2 feet away from the headphones, and can get the occasional drop, or disruption. Removing it from my jeans but holding it the same distance away provides a good signal again. My jeans are hardly Faraday cage designed and I’d expect that to not cause too much of an issue, but it does. Also, as soon as I approach anything around 6-7 metres away from my phone whilst streaming audio, I do get a few stutters, which is of course contrary to the 10m/30′ best case of the technology. Something to be aware of.

Wrapping up, the SoundPEATS A1 Pro is a good option for those looking for a lightweight pair of headphones with acceptable audio, AUX capability and battery for days (literally if you use it in short spurts). The weight adds to its portability, whilst the included AUX cable can be used to continue the party even after the juice in the headphones have run dry. There’s no active noise cancelling here so you won’t lose anything from plugging that cable in, and it’s great that this is on offer.

Then of course there is the price. At £32.99 we’re really getting into pocket-money territory for these types of devices now which is good to see.

It’s not all rosey however as the audio here, whilst acceptable, is uneven and will cause those looking for anything more than an upgrade on their smartphone speaker to be looking for an EQ app on their device to try and tweak it as much as possible. Bass is acceptable but not as clear as I’d like, whilst the high end is virtually non-existent which can cause issues in some genres of music, and some Podcasts too. The device construction is not without its issues too. Whilst the lightweight nature of the SoundPEATS A1 Pro is a positive in terms for those on the move, it also adds to the budget nature of them. The buttons are spongy and non-descript, as is the design in general, and the padding on the headband barely acceptable for long-term use. All of that should be taken into account before purchasing these. You get what you pay for for the most part and this is one such product that bears that out in full.

With all of that in mind, I can still heartily recommend them. I used them on a commute to London recently and they were acceptable in terms of audio, with battery life being a non-issue, and their weight meant I hardly even noticed they were there. Now if they only folded up as well I’d be a very happy chappy!