If you’ve been here a while you know Vodafone (and other carriers) partner with phone makers such as ZTE for example to create cheap entry level devices. These devices are not designed for the power user but rather for people who are new to smartphones and don’t want to splash out a load of cash. The Smart Prime 7 is no exception coming in at £75 on pay as you go. Lets take a look.

Huge thanks to Vodafone for the review unit.

So like I said these phones aren’t highly specified out, but they’re not that bad.

So that’s enough on talking about it, let’s take a look in the box.

Opening the box the first thing you’re greeted with is the device itself with its screen protector calling out some of its specs. Under the device you’ll find the accessories, Micro USB cable, earphones and an EU power supply. The power supply is only a 1amp output however which is strange, so if you’ve got a spare one lying around I’d use that instead. A UK plug would have been nice.

Taking a look round the device, on the bottom you’ll find the Micro USB port with the speaker on the right. On the right you’ll find the power button and volume rocker. On top is the headphone port and on the left you don’t have anything. This is the case on most phones today. Whilst I would much prefer to have the headphone socket on the bottom of the device having in up the top is not an issue. The device is clearly constructed of plastic, which is something I wasn’t surprised about. But on the positive side the device doesn’t creak when you apply a little bit of pressure to it.

So let’s talk performance. When using the device how you do when you set it up as the average user, it performs pretty well. Sure you can do a little bit of multitasking but having a load of apps open in the background does make it easier to notice it slow down. A quick swipe through the recent apps and you’ll be fine.

I did then decide to unlock developer options (by repeatedly tapping the build number) and turned the animation speed down to 0.5x. This makes the device feel faster by reducing the animation speed. By making it feel faster you can really enjoy the device a little more and who doesn’t like a faster feeling device. As far as the on-board storage goes the 8gb is not a lot but with the OS taking about 1gb you can easily get a good amount of apps on it and use the Micro SD card for photos and music. I didn’t add a Micro SD whilst I was using the device but the fact it had the option there is certainly nice to have.

As far as the camera goes on the Smart Prime 7, it isn’t the best but it works. Looking at some of the photos I took do not look great but there are a few exceptions. Most of the colors do look washed out and slightly blurry but the ones that don’t have this issue do look great. Sure it’ll be fine to use if you are involved in an accident so you take a few snaps but if you want to take a good quality picture you can’t. The same goes on with video it’s horrible. I would not use it at all to record videos, not even if it was the last camera on earth. The front camera is much the same story. 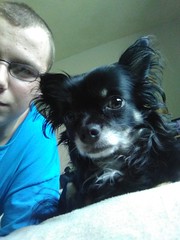 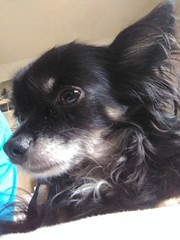 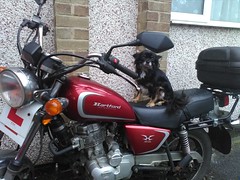 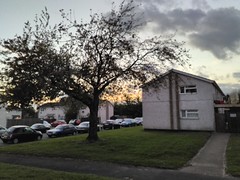 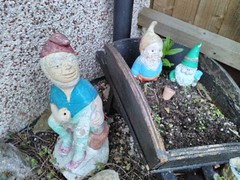 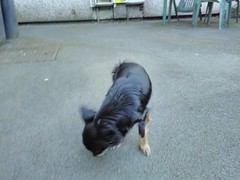 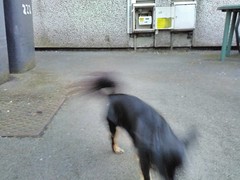 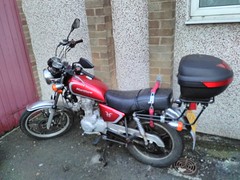 So the display is a 5 inch 720p IPS LCD display, which doesn’t suck but it isn’t great. It is simply fine. Having a 720p resolution is absolutely fine and whilst it’s not an AMOLED display it still looks fine. It also gets very bright and equally can reduce that brightness to complete darkness almost too. The viewing angles are also great. I’ve looked at the screen in multiple different angles and it still looks good. To me this screen should be on all budget phones. It’s proof you can get a good budget phone with a good display.

The Prime 7 isn’t using a fancy skin. Instead its using near stock android Marshmallow with a “simple home mode” as an option making everything that big bigger for people with big fingers (or poor eyesight). Not much here to see if I’m being honest.

The speaker is on the bottom of the device and it is ridiculously easy to cover it the damn thing up. It also sounds terrible. I mean you can watch the odd the YouTube video and a listen to a quick song or too, but you couldn’t use it for extended period of time without it driving you crazy. Plug it into some earbuds, headphones or speaker, then you’ll be able to listen to music comfortably.

Battery life on the Smart Prime 7 is pretty good thanks to it’s non-removable 2540mAh battery. Now I used my phone in 2 different ways. On Monday I’m in college between 9am-3:15pm an Tuesday I am college between 9am-5:30pm. On these days I mostly streaming music through Spotify and podcasts through PocketCasts, as well as general social media, Slack and the occasional YouTube video. Then on Wednesday andThursday, I am at work for between 3 – 4 hours a day. In this use case I am rarely using my phone and using it when I get home. As you can see Monday and Tuesday I would just about get a day where as on a Wednesday and Thursday I would get down to the mid 30’s. Not to shabby if you ask me.

So for the folks who care about benchmarks I fired up the old GeekBench 3. Scoring 334 in single core and 1103 in multi-core it’s clear that it’s not the greatest but as I mentioned earlier it feels fine in real world use cases. The battery test was a nice case too. Coming in at 9 hours 12 minutes and 50 seconds, scoring 2457. Certainly a fair score.

So who the Smart Prime 7 aimed at? Well, simply anyone who is just starting out with smartphones, or for anyone who is strapped for cash. At £75 it is very hard in my opinion to get anything better. Whilst I wouldn’t use as my own daily driver, I would certainly consider buying it if for any reason my daily driver was damaged. I would generally recommend it but don’t expect too much from it. It’ll do 99% tasks you throw at it just fine. Just don’t expect it to do multiples of them at the same time and you’ll be fine.

Like the review? Please share on social media and look out for our next Vodafone piece; a device called the Vodafone Smart First 7 that comes in a £25. 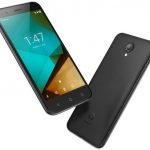