Once again I would like to thank Vodafone for providing me a review unit. Announced in February along side the Xperia XA and released in May, the Xperia X is a £450  mid range device. Lets take a look at what £450 gets you. I have the 32GB model in Graphite Black.

As usual lets get the specs out of the way.

It also comes in White, Lime Green and Rose Gold.

So the unboxing experience is pretty much the same these days. Sliding of the top you are greeted with the device itself. Popping the device out the box you find a small box with the paperwork. Pulling out the box you see the plug. At the top there is a little flap which reveals a micro USB cable. Pretty simple really.

The placement of the volume is rather usual and also annoying. I imagine its there because of the camera button, so that you can use for zoom. They are very clicky and don’t feel mushy at all.

As mentioned in the spec run down the Xperia X has 23MP and it does a pretty good in most conditions. I will mention that all of these photos were taken in superior auto. 99% of the photos turned out fine. With the exception of the keys (DSC 0033) and the one with the dog lying on its side (DSC 0035). In short it does make a pretty good point shoot replacement. 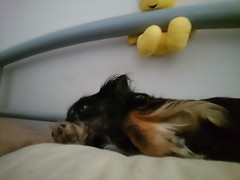 The front camera is a 13MP one and it’s actually pretty good. Now I don’t many selfies but the few I took look fine. They should be fine for Instagram, Snapchat etc etc. 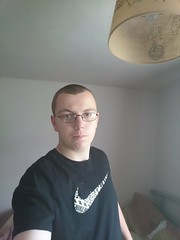 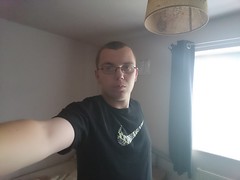 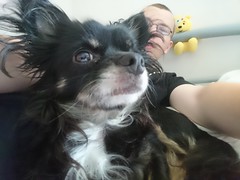 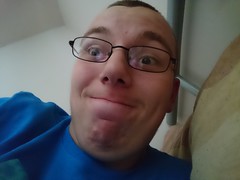 Both of the clips used in the video are the settings are the way they came out of the box. The rear camera is great for a quick video of a child taking their first steps but I certainly wouldn’t use to film anything else really. The same can be said fo the front camera. Whilst it is is actually a very good camera. It is more than capable of a of quick video call and you could probably use it for a quick vlog or two.

As previously mentioned the Xperia X has dual front facing speakers (praise the lord). A feature that should be on every smartphone and tablet. Though at quarter volume it vibrates round the camera. At half it then starts to become noticeable at the bottom. Anything above half and that’s it. Now this isn’t a huge problem and it is not a deal breaker, but considering the £450 price tag I wouldn’t expect it either. The Nexus 6P does the same but at a couple of notches of full volume and that is explicable but to do it anything less than three quarters is very disappointing. But never the less they do actually sound pretty good. I found myself easily sitting through many hours of YouTube videos and South Park episodes.

The Xperia X has a beautiful 5 inch 1080p IPS LCD display. At 5 inches it is right on the limit of being to small. Since owning the 6P I have become quite a custom to larger phones. The colors just pop and look how they should. It also gets super bright and pretty dim too. So its easy to see in the sunlight and it’s not blinding in the dark. Whilst it may only be a 1080p display, that is fine for a 5 inch screen. This is part of the reason why I think the battery lasted as long as it did.

Packing a 2620mAh battery the Xperia X was able to get me well into evening (about 9pm). Even on days where I was streaming music on podcasts over data. Not to mention a few YouTube videos as well and with very light social usage too. On the days where I was working and wasn’t really using it until I got home, it easily got me to 10 or 11 o’clock. If my memory serves me correct no other device has ever got me that far into the evening

I also ran the usual Geekbench 3 tests. After lasting just over a whoping 13 hours with the screen dimmed I curious to see how long it would last with the screen on. Nearly 9 1/2 hours. As a mentioned previously the fact it only has a 1080p screen would explain why it lasted so long. So it scored a pretty good 1410 in the single core and 3720. On the single core result it is not to far behind the S6 Edge +, which scored 1473. Not to shabby really.

In real world use it was absolutely fine. I was mostly playing Zenge, Sky Force Reloaded, Missiles just to name a few. The device didn’t get warm either, which is always a bonus. So real world thats a tick

To conclude the Sony Xperia X is a very nice phone to use. With the display it has and the battery life you can’t go wrong. The camera is pretty nice too. Whilst the screen is only 5 inch’s and I prefer bigger screens it’s still fine for me. The odd placement of the volume rocker to is a minor complaint is still a bit odd and I would have preferred it to be above the volume rocker. The fingerprint scanner (which is located in the power button) also was shocking too. I would say I put in my pin in more times than I used the scanner. Very disappointing.

This brings me to my last point, the price. The Xperia X costs £450 and quite frankly I can’t see why the hell Sony charge so god dam much. It is clearly not  a flagship device, its a mid ranger. The Nexus 6P is a flagship and costs the same price in the Google Store. Heck the OnePlus 3 is only £309 and that has a Snapdragon 820, 5.5 inch screen and 64GB base model (full specs here). Whilst I have never used a OnePlus 3, looking at the reviews for it and other reviews for the Xperia X it is clear I would purchase that over this. 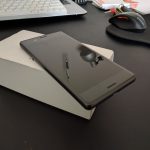 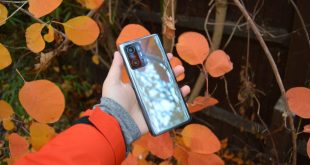