Ring Video Doorbell 3 Plus Review – The Definition of Iterative Upgrade

Ring Video Doorbell 3 Plus
+ FOR
- AGAINST

We were provided the Ring Video Doorbell 3 Plus free of charge in exchange for an honest and fair review. Ring have no editorial input into the review, and will not see a draft copy prior to publishing.

For all of you out there that can’t be bothered to read an in-depth review to know whether or not I’d recommend it, you might just have to. Here’s my view; it all depends on what the Ring Video Doorbell 3 Plus is replacing. That might not be much of a help, but it’s the truth! Let’s dig a little deeper.

The Ring Video Doorbell 3 Plus (or 3 Plus from here on out) is very similar in design. It comes complete with a choice of Silver or Black fascias and has mounting options consisting of corner or face-on options. In fact, it comes with all the relevant accessories you need to get up and running. Luckily for me, and one of the selling points of the Ring Doorbell range, is the battery pack option to avoid tinkering around with wires. If you’re that way inclined, that is still an option.

Whilst the design has largely stayed the same the dimensions have changed. This means you’ll have to replace your existing mounts with those supplied with the 3 Plus if you’re upgrading from a previous model, which is infuriating. The 3 Plus is slightly taller, wider and thicker than its predecessor.

Mounting the product is easy. You get a tiny little spirit level in with the package, or you can, as I did, just choose to “No Nails” the mounting plate. Once up, you can scan the QR code on the back of the unit to start the setup process. The setup process is relatively straightforward also. Your device will connect to the 3 Plus’s own network at first. Configure the Wi-Fi network it should be connecting to in your home, and then you’ll walk through a wizard to change settings.

There are relatively few features that the 3 Plus brings to the table over its predecessor. It delivers the same 1080p HD video, two-way audio, night vision, the same Amazon Alexa integration, and access to the same subscription plans starting from as little as £2.50 per month. There are a couple of differences though. The 3 Plus delivers 5Ghz Wi-Fi connectivity now, versus 2.4Ghz only on the Ring Video Doorbell 2. Equally, with the 3 Plus, Ring includes their “Pre-Roll” feature, which allows you to see 4-seconds of video prior to the point at which your 3 Plus was triggered by motion or a doorbell press. A very nice addition to the feature set.

This feature is exclusive to the 3 Plus. For a quick breakdown of how it works visually, see the video below.

Using the features within the 3 Plus is largely a doddle too. Configure the zones that will trigger motion alerts, choose notification options for those alerts as well as connecting all of your Ring devices together in groups and assigning rules; Ring calls these “Modes”.

Scrubbing through the timeline on the application can be a little tiresome due to the animation slowing down the scrub, but once you get used to it it’s easy enough to tolerate. Having a full timeline along the bottom would be advantageous although the addition of filters for the motion is nice to see.

The video itself is relatively crisp although it records at 15fps still which means playback can seem choppy. In addition, the bitrate here is a measly 2Mbps (a higher bitrate can provide deeper quality in like for like resolution scenarios). In comparison, a 1080p video on YouTube might expect to have a bitrate of around 8Mbps. There’s still some improvement to be made here, although it would likely require more performant hardware which would cut battery life. The HDR mode is included to provide better quality video but drops to around 10fps.

The previously mentioned battery provides stellar uptime to the 3 Plus. It’s very similar to its predecessor in providing approximately 30-days of battery life depending on how often it is activated. Turning on HDR and certain notification options will eat into that but will remain respectable. Changing and charging the battery is simplistic also making the overall ownership of the 3 Plus a very low maintenance experience.

One feature that does need improving, based on my testing, is the “Person Detection”. We used to have a lot of “there is motion at your front door..” notifications due to passing cats for example. The addition of Person Detection in the later versions of the software looked set to resolve this. The idea is that it uses AI to determine whether the motion within the field of view of the camera is that of a person or not. If it isn’t it ignores it. Conversely, if it is, it generates the relevant notification. In my real-world testing, I only had around a 60% success rate, regularly missing people who come to the door (and don’t ring the bell) or pass it. This does need some improvement.

Person Detection aside, the HD video is still crisp, the audio is likewise, and the paid subscription plans are generally good value for money. Starting at £2.50 per month to cover one device, you’ll get access to the Ring cloud which will store 30 days worth of historical Doorbell recordings, as well as the ability to share those and download them for further storage. From £8 per month, their Protect Plus plan covers all Ring devices in your home, as well as access to 10% off future Ring products. There’s even an annual payment method on both plans which delivers a discount, giving you 2 months free. 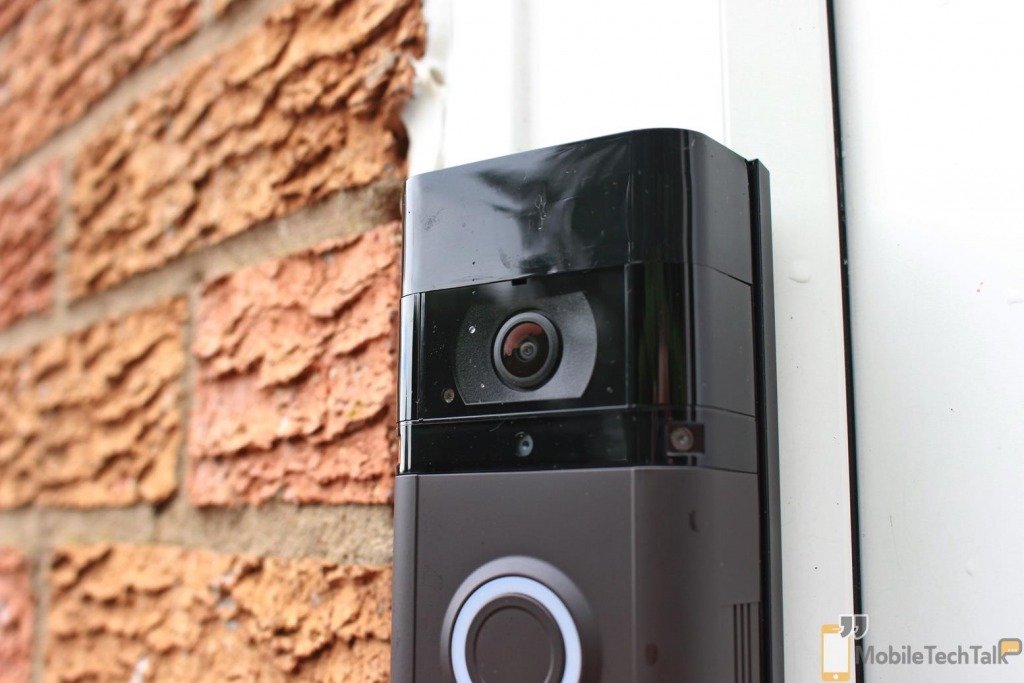 The Ring Video Doorbell 3 Plus is, as its predecessors were, a quality addition to any smart home. The key to its value is the Apple-like simplicity of use. If you’re installing a Ring product for the first time, you will likely need no more than 10 to 15-minutes to get up and running.

The software generally keeps improving with each update, which are thankfully semi-regular. The features in tow are not just gimmicks, but value additions. Should this happen to be your first foray into the world of the Ring Doorbell, you won’t be disappointed. Take a look at those subscription plans too as personally I found them to be a useful archive. However, should you be looking to upgrade from an earlier generation product, I’d suggest some caution. Whilst the Ring products are largely well priced, their hardware and feature set remains largely unchanged in recent years. Even their flagship, the Video Doorbell Elite, delivers the same software features and 1080p video. The main additions with the Elite are power-over-ethernet and aesthetic changes.

I’d like to see Ring “do a OnePlus”. By that I mean in making the technological leaps it is capable of, whilst still keeping keen on pricing. That said, it remains a dominant player in this market, and for good reason.