We recently reviewed the RevoNext RX8S, and I wish I’d completed these reviews the other way around. Had it not been for s shipping mishap, I would have to. The RevoNext QT5 delivers sound from a hybrid setup of one balanced armature and one dynamic driver, all wrapped up in a delicious metal casing. Let’s take a closer look at what the RevoNext QT5 can do. 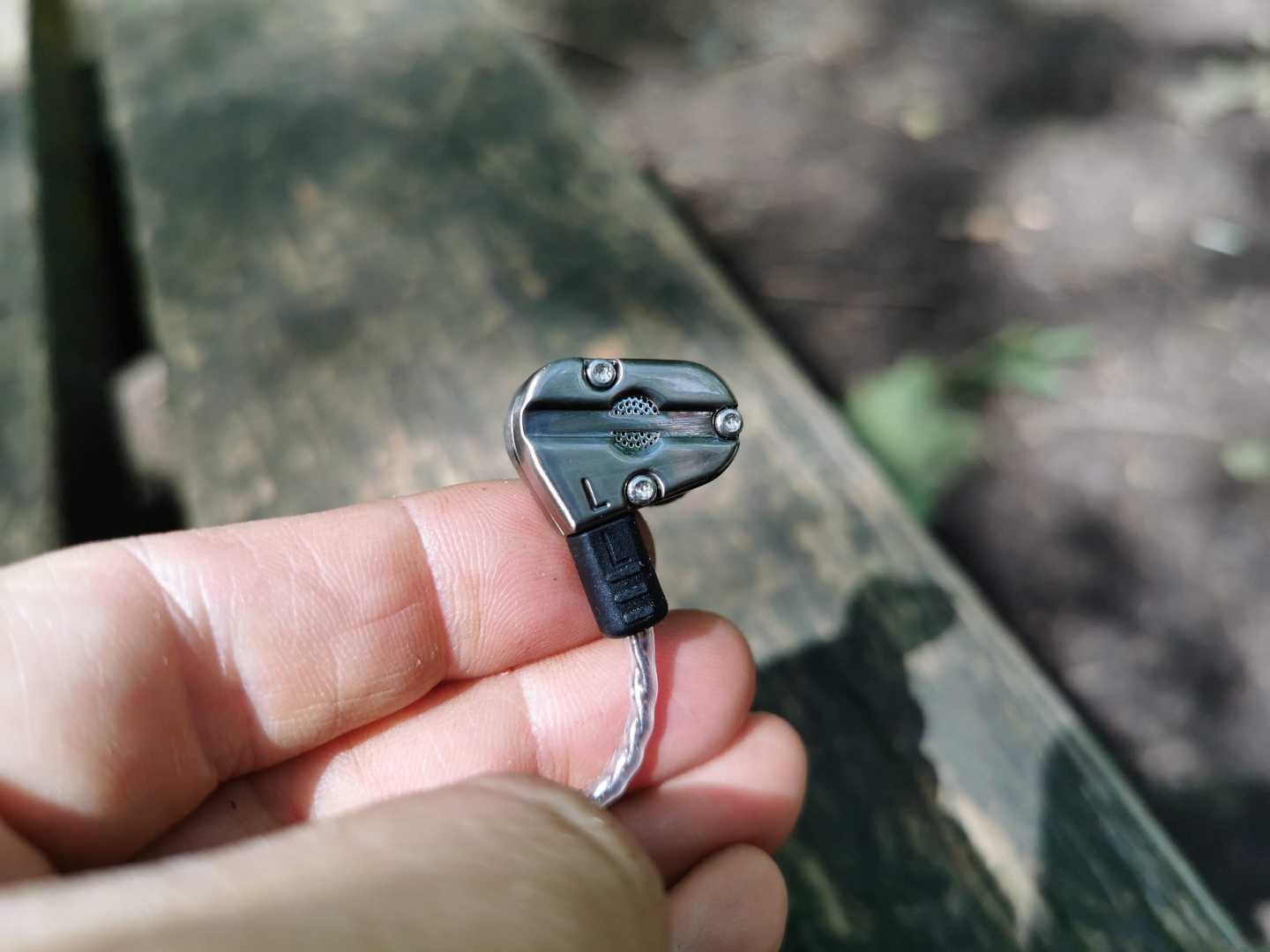 As I said during the RevoNext RX8S review, wired products just might not be something many people look for when it comes to headphones in 2019. Unless you’re an audiophile, willing to spend many hundreds of pounds on a technically perfect set of cans, then most people are happy with either the ubiquitous AirPods (costly though they are) or other generic Bluetooth IEMs or over the ear units.

The RevoNext QT5, however, delivers the opposite; a wired set of IEMs at a budget-friendly price. There’s a twist though. Along with a few different colour options (Gun Metal or Copper) there’s also the option of choosing to have a microphone or go without (which will save you £2) as well as being able to purchase and use a Bluetooth adapter cable that sets you free from the constraints of wired connectivity. That additional extra will set you back almost the same amount again (£20). There’s nothing new here when compared to the RXS8, but it’s still worth noting.

In the RevoNext QT5 box comes some spare tips, a quick start guide and warranty information.

I said I liked the RX8S units, but the design of these are nicer to me, mainly due to the material choice. The CNC metal housing which cradles the hybrid driver setup of the QT5s is just beautiful. It’s clean and brushed and feels nice and cool to the touch too!

As with the RevoNext RX8S, they are ergonomic in their design, but a little heftier. That heft isn’t felt in daily use though so you don’t have to worry about fatigue. 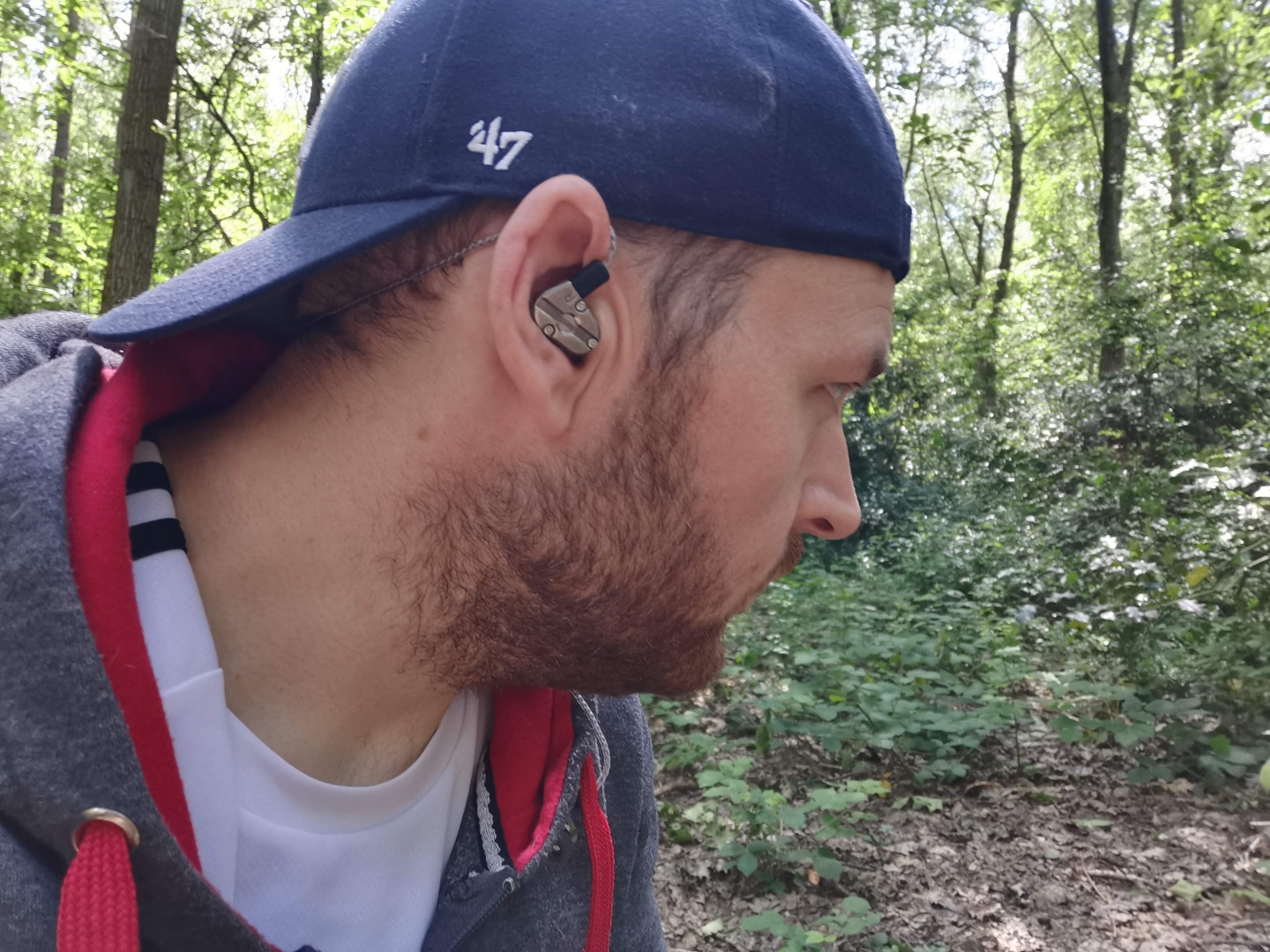 As you can see, they sit in the ear well, and the cable, hooked up via the still quite worrying 2-pin style connector, rests neatly over the ear. It’s not a style I usually prefer, but it gives the QT5s some added rigidity in the ear which is all fine by me.

If you intend to use them at the gym or on runs (the former was my testing of choice) be aware that there is no IP protection here so technically sweat could cause some damage, but you’d have to be really hitting the gym to sweat enough to start to worry, in my opinion.

The included spare tips also came in handy, and when I reached for my comply tips to test them out, they really did feel like a much more premium fitting pair of IEMs. It might be worth trying some of the combinations in the box, or even grabbing a few comply tips for reference.

In a word, excellent. I stole this line from my RevoNext RX8S review, but it’s just true. I noticed only minor differences between the dual and triple driver setup of the two products, but then again I’m no audiophile.

There isn’t quite the level of bass here as I’d come accustomed to with the RX8S, and the bass is a little less clear at the lowest of the low, but it’s hardly anything more than a small niggle. The mids and highs do have a little bleeding, as with the RX8X but again nothing more than a minor issue. The quality of the sound overall more than makes up for these tiny imperfections. These are well balanced, and only the lack of any sort of noise cancellation, something I’ve become used to in my headphones of late, is lacking.

Noise cancelling to one side, you can at least stop others from hearing your playlist, as the noise isolation here is very good, perhaps even better than on the RX8S units. I sat 3 feet from my Wife and she couldn’t hear anything with my volume at around 60%.

As previously mentioned, should you wish to abandon your wired connection and join the wireless brigade, you can check out their RevoNext B02 Bluetooth cable. 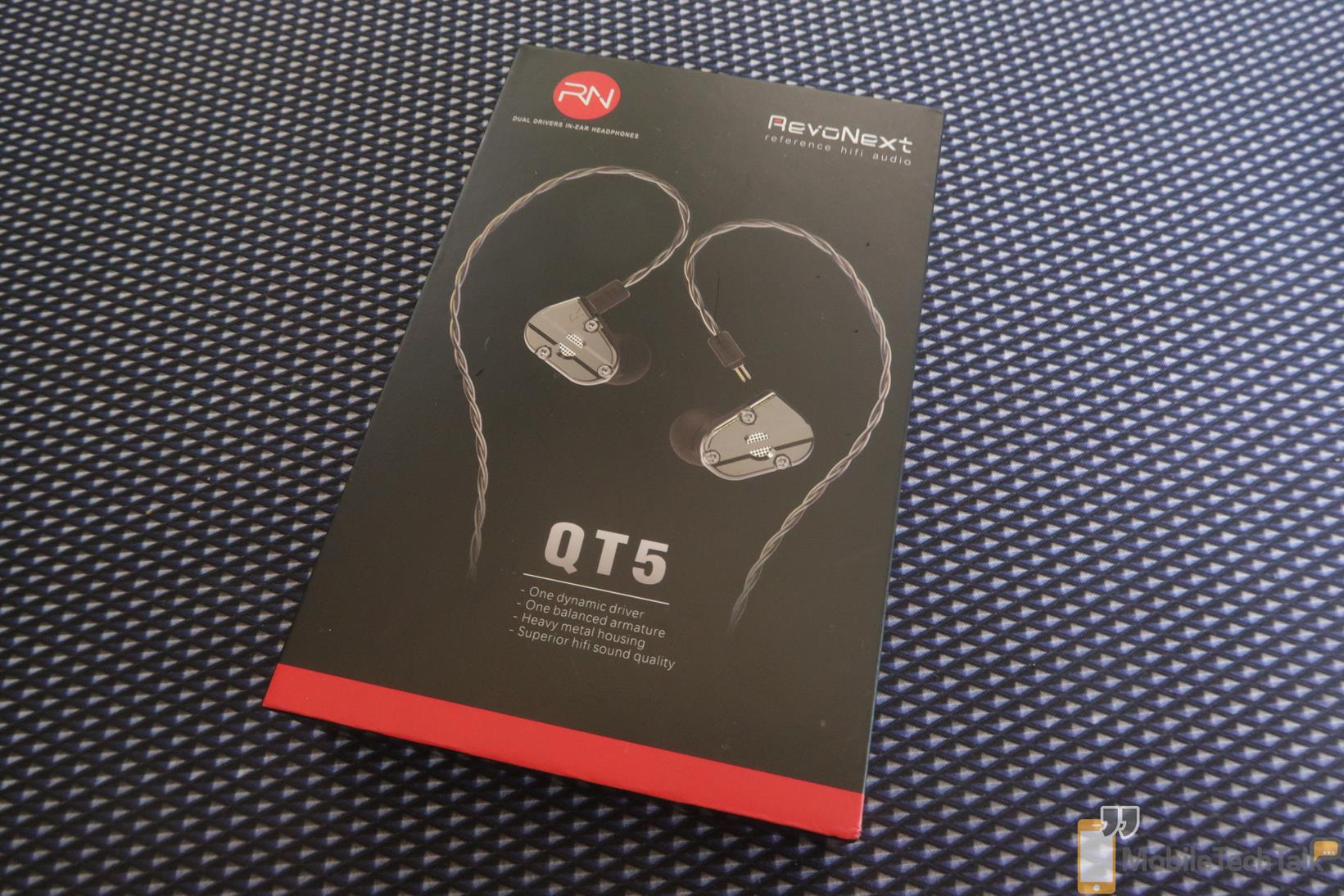 I’m as impressed with the RevoNext QT5 as I was with their RX8S to be fair, even though I do love the design on these much more. The metal chassis just feels and looks more premium to me.

I’m still concerned about the 2-pin connection method but again, during my testing, they caused my no real concern. It just doesn’t feel like they’re going to be durable. Add to that the fact that the MMCX method is more favoured in terms of accessories and that might be a concern. The “Devil’s Advocate” position here, however, is that those same people that would be concerned with accessories and upgrades wouldn’t be looking at a sub-£30 pair of wired IEMs. I’ve just talked it out of that little issue too haven’t I?

The balanced soundstage, design aesthetic and option to turn this into a Bluetooth pair of IEMs are all great features, with the latter carrying a £20 uplift though, this needs to be factored in as stated previously.

There is little argument that, for the price, these are a great option for those looking for good quality design and build, with very good audio. Pick them up!