In the ever evolving world of technology a traditional very basic system is being transformed. Gone are the days where you would invest in an alarm system from a major provider and pay monthly fees to ensure that your home is secure. The same goes for cameras, there isn’t a need to run cables all over your house back to a central point. The iSmartAlarm Spot+ leans on that idea heavily and provides a 21st century security solution for consumers.

So a huge thanks to iSmartAlarm for sending me the 2 pack of cameras for review. Despite them sending out the cameras they have not had any input in the review nor will they see they review until it is live.

For more information take a look at our original iSmartAlarm system review. 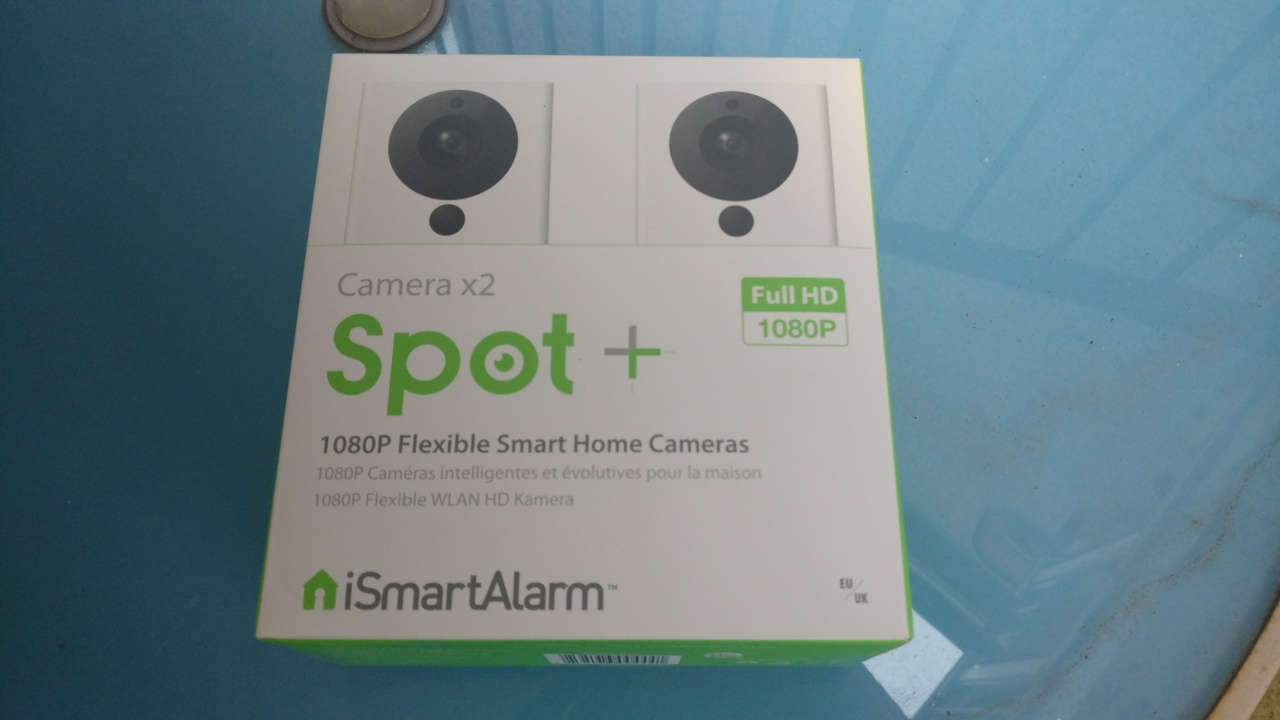 So you’ve probably heard all about IP cameras and most likely the big names such as Nest Cam, Dropcam as well as the Netgear Arlo, but as you can imagine they come at a cost. For example the Nest Cam is £150. So at £54.99 for the pair they are quite appealing to the eye and the wallet.

Once you crack open the seals you are greeted with another white box with the cameras above sandwiching the 2 USB wall plugs. Pull them out and opening the box you’ll find 4 adapters for the USB wall plug. Two for the UK and two for continental Europe. Pulling those out you’ll find 2 micro USB cables that are about 2 metres long as well as a shorter micro USB cable at 20cm. You’ll also find 2 metal discs as well as 2 double side donut shape adhesive pads.

These pads are used to mount the metal discs to a wall or anything you desire and the base of the camera has the opposite pole so that it can support itself.

When it comes to setting everything up it is really simple. Download the app, insert a micro SD card, plug the camera into the mains and follow the instructions with in the app. The app will walk you through everything. Once you’ve connected the cameras you can use the app to help get the angle you want an you can flip the image too.

So How Have I Set My Cameras?

So with them being an indoor camera there are two ways I could come up with testing these. One aiming out of a bedroom towards where I park my motorcycle. This is mounted to the window frame with the donut shaped adhesive pads and the metal disc. Then within the settings I flipped the image. As for the other camera it is just sat on shelf.

The camera records in 1080p with a 130° lens. The recording is triggered by a motion sensor as would be expected and there isn’t any need to be concerned about capturing anything at night as the Spot is fitted with IR sensor so that you can have night vision. Despite it being a 1080p unit, the clips are not of the highest quality and certainly don’t match high quality 1080p movies, but it is more than usable. In the daytime this is noticeable but you can still easily see everything that is going on with in the frame. This is again the case when it comes to the still images although to my eyes they look slightly more crisp and detailed.

Moving to the camera that is pointed out of the windows in the day it’s fine and again whilst it’s clear that it isn’t the crispest 1080p it again is still very usable. However when comes to the night time performance the camera flops. It may be down reflection from the IR but it just shows a black screen unless a light is active or you have something reflective in the frame. It certainly does not have an issue reflecting my number plate.

So I’ve briefly mentioned the app and don’t get me wrong the app is good but there is room for improvement.

The good parts are that the app just works. I have only had a few lock ups over the last three weeks. Arming and disarming is so simple. Just press the arm or disarm buttons and job done. Want to look at the camera feeds? Simple, just click the camera tab and tap the camera icon and the feed loads. This gives you all the controls you need. If you need to check a motion sensor recorded clip go into the camera and tap the label for the camera and you’ll see the 15 second clips. From there you can share and send them to whichever service you like. Then to add more devices go the devices tab. So that’s it really. Pretty simple and clean.

Well that doesn’t look too bad does it? Where on earth could it improve then? Well the first area is when the app sends you a notification saying that the a camera has tripped and records a clip, if you press the notification then it just disappears. So you have to go into the app manually rather than it opening when you hit the notification. Now this is not a biggie but it is rather irritating. Another thing is that when arming or disarming the system sometimes the button doesn’t change colour straight away so it looks like it hasn’t changed state. So you end up pressing it multiple times before it says it armed. Niggles which can certainly be improved in software updates and don’t affect the operation of the camera itself.

So to round everything up yes, I would recommend the iSmartAlarm Spot+ camera. As an indoor camera it works great in both day and night. The video is not the best quality that I’ve seen despite boasting 1080p[ resolution, but it does clearly show people when they come into frame. Add into that that when the motion sensor is tripped the camera records a 15 second clip of video each and every time without fail. Yes, of course it should do that, but with these units, sometimes there are times when it can be tripped up. So as reliability goes it is safe to say it is very reliable. The mounting of the cameras is also very simple and works very well. I’ve had these cameras set up in this way for three weeks and they are not showing any signs are falling over or moving.

Add in the price of £54.99 for a twin pack and you can’t really go wrong. The fact is that these cameras are so simple to setup that you can feel a little more technologically enhanced relatively cheaply and speedily with the iSmartAlarm Spot+.

If have any questions then leave them in the comments below or reach out to me on social media. You’ll find me on Twitter and Instagram @chriswallace959. I’ll be more than happy to help. 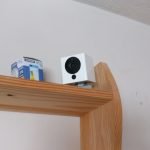