A little while ago we looked into Bluetooth tracking to ensure that all of our devices, wallets, and luggage when attending events were “trackable” if such a word exists. We spoke to Mynt and checked out their Mynt Tracker back in December of 2017 with MWC 2018 in mind. As it turns out we really liked the Mynt Tracker but the slightly large design did stop us using it for some use cases. Fast forward to now, and the Mynt ES is a refined, cheaper and, thankfully, smaller Bluetooth tracker.

The Mynt ES tracker differs from the Mynt Tracker in name and design only really. The performance is nearly identical to the Mynt Tracker in general, with only the loudspeaker performing better and being a significant improvement over the more metallic original. The Mynt ES is not an upgrade, if anything it’s a consideration of the materials used to bring the same feature set to a more durable if less flashy Bluetooth tracker.

When pressing the logo you can instigate an action through the companion application and “find your phone”. The smartphone that is paired with your Mynt ES will start to ring, regardless of whether it’s on vibrate or silent mode which is a handy by-product of the connection between your device and your smartphone. Just be careful if you’re using an Android device, as the aggressive memory management on some of the more recent devices can cause the Mynt application to be killed and as such cause the connection to fail. Booting up the application kicks off this connection again but that’s obviously not an ideal solution if you’ve lost one or the other. The idea is to be tethered completely until it’s not of course. I have not observed this issue on iPhone devices however.

So if you do lose the device, wallet, or keys your Mynt ES is connected to, how can you actually find them? You engage with the wider Mynt community globally to help track your device. Whenever a Mynt user passes by your lost kit, a notification will be pushed to your smartphone to let you know the location of your Mynt ES. This only happens when your Mynt ES is registered as lost in the companion app, so you’re not going to be able to ping people’s locations in general.

You can name a number of individual Mynt ES trackers within the application, set what should happen if the Bluetooth connection is severed (play an alarm for example), as well as view on a map the current location of the Mynt ES tracker, which is accurate to around 6 feet at it’s best/

You don’t have to worry about recharging this device either as it utilises a standard CR 2032 battery which is good for around a year at a time. It’s easily replaced should the battery fail, which is something that is becoming less and less common in smart devices in 2018, but thankfully the Mynt range continues this trend. 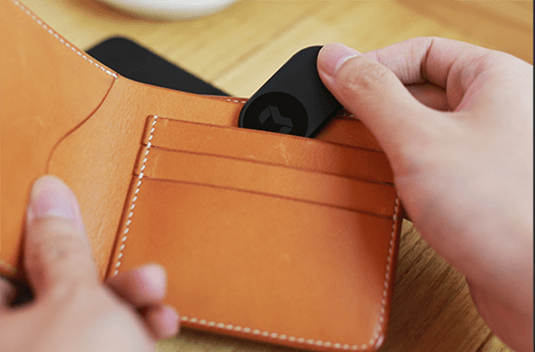 Put one of these in your wallet, attach one to your luggage, your keys, and your backpack, and maybe leave one in your car to ensure you can find that pesky car parking spot. There are a plethora of reasons that this technology, in the shape and size of the Mynt ES, is of use. There’s still the issue of Bluetooth connectivity being just 30 feet, however that’s acceptable for most use cases. Secondly, the fact Android sometimes kills off the application which castrates the Mynt’s raison d’être is a little annoying but most of the smartphones where this is the case, the application itself can be removed from battery optimisation routines.

More colours would be lovely, but overall there’s little that can be levelled at this device that cannot be aimed at more expensive Bluetooth trackers, but given that a single Mynt ES can be purchased for £12.99 and that it has a set of features that is compelling as well as having a rechargeable battery, I see no reason not to grab a few of these, if you have the use case for it, and start tracking.