The Motorola One Action is not a flagship, though it does deliver some high-end specifications such as 21:9 aspect ratio 6.3-inch display, as well as a triple camera setup. At just £220, is this the best budget-friendly smartphone money can buy? It’s certainly one of them and can make a significant claim to sitting atop that list and we’ll explain why in the Motorola One Action review.

If you don’t happen to have a swimming pool full of cash a-la Scrooge McDuck, then you’re likely looking at devices such as this to perform your daily social, browsing, media consumption and photography needs. For this reason, the Motorola One Action is one of the most exciting devices I’ve seen in 2019. There is sufficient utility in this £220 handset to satiate most ‘average’ consumers, and it also has a few party tricks up its sleeves.

The only way you can tell the Motorola One Action is not a premium device, straight out of the box, is the plastic backing. A lot of flagship-tier devices are dabbling in a number types of glass back, but Motorola keeps things simple here and keeps the cost down with a durable plastic finish. The Denim Blue colour I’m reviewing is dark and understated but can catch the light and look pretty.

Staying on the back of the device, we move from the bottom upwards to find a Motorola logo which signifies the fingerprint scanner and has become something of a calling sign for the company over recent years. There’s no fancy under-the-glass fingerprint scanning technology here, and they obviously took the approach to leave the scanner around the back to avoid cluttering up the front.

Off-centre, there is the triple camera setup which offers users up to a 4K 30fps video mode, and some lovely still imagery from the 12MP and 16MP ultrawide sensors respectively, as well as some acceptable portrait options utilising the 5MP depth sensor. Flipping around to the front is the 6.3-inch IPS LCD display and the hole-punch selfie camera cut out. There’s nothing else to see here other than the near bezel-less display, and many will find this a standout selling point of this budget-friendly device.

That display is a talking point for more than just the hole punch notch and the bezel-less display. Motorola had to cut the costs somewhere and the omission of any Gorilla Glass coating and an AMOLED display is likely to be felt by some. The Gorilla Glass provides me with more food for thought as, young or old, rich or poor, you will inevitably drop your device during its life and Gorilla Glass does provide added protection in those eventualities.

There are the usual volume rocker and power buttons on the right-hand side, with the SIM card slot on the left, pinhole microphone on the top alongside the 3.5mm audio jack, and the Type-C USB port for charging alongside the single speaker on the bottom edge. 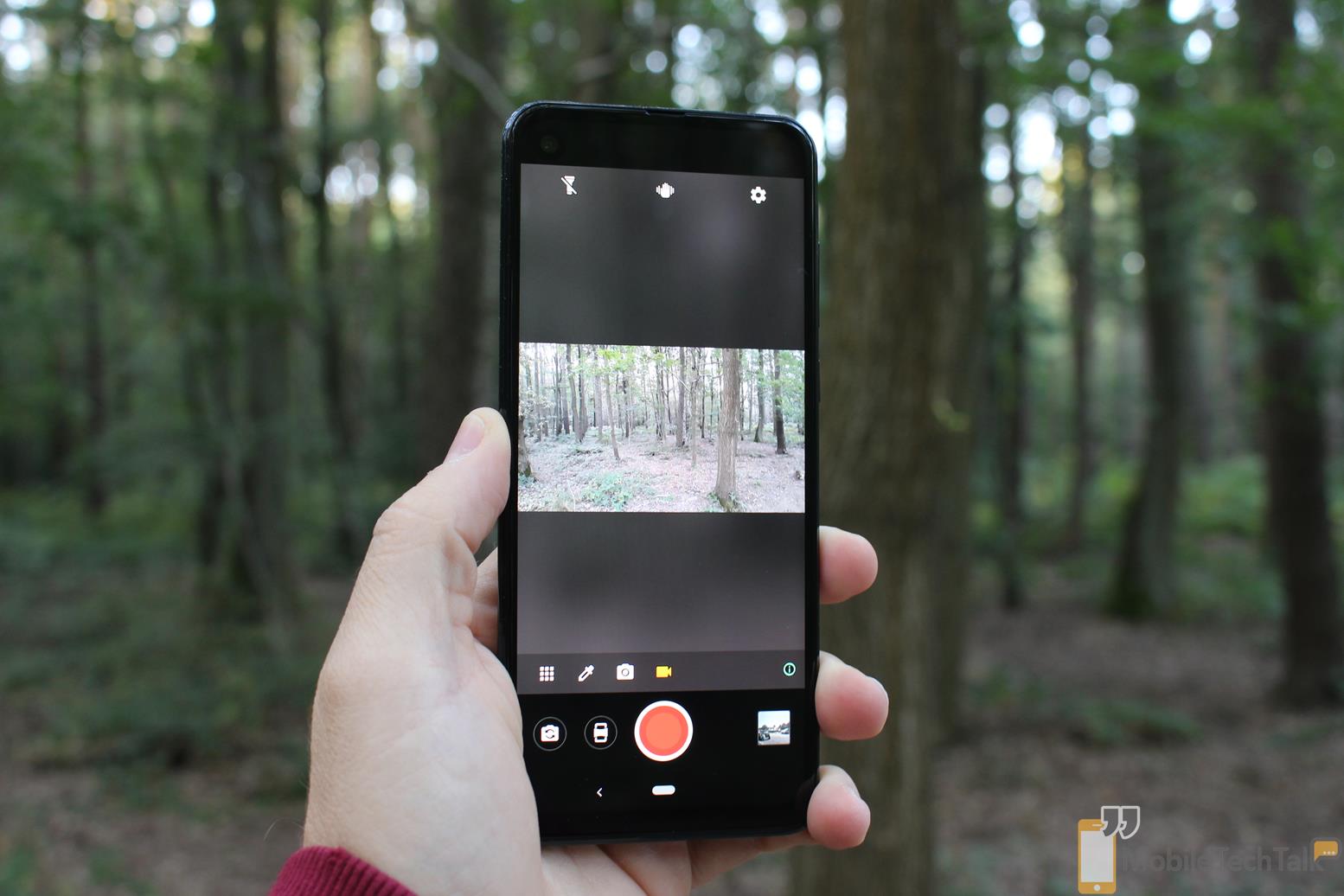 There is a lot to pack in here and we’ll get to the features that give the device its name, but to start with, one of the best inclusions here is Android One.

If you’re unsure what Android One is, a quick recap; it is a very standard build of Google’s Android operating system, designed for a speedy response, and lightweight utilisation of resources across a variety of devices. Its inclusion here is no surprise as Motorola has been using standard Android solutions for many years, but it gives familiarity without the bloat of flagship offerings. It also has a few of the tweaks Motorola add in such as ‘Fast Torch’, a method by which the user can karate chop with the phone in hand to get a flashlight to appear. There’s also other features such as three-finger swiping for a screenshot, lifting the device to unlock the screen, and a personal favourite, twist to capture. Twist to capture activates the camera from screen-off just by twisting the device twice in hand quickly. Great for capturing that “blink and you’ll miss it” moment.

The IPS LCD display does a good job of punching up the vibrancy and the brightness, and whilst it cannot compete with leading OLED screens, it does a decent job. There is a slight blue/grey hue on some whites which could just be on our review unit, but is noticeable in some menu screens, but doesn’t detract from the use of the device too much if at all under normal circumstances.

Whilst the 12:9 aspect ratio is cinematic to coin an over-used phrase, there is little content out there that natively supports it. If you’re after a truly immersive experience with deep colours, then you could be looking to use a higher resolution display with stereo speakers and an AMOLED display perhaps, of which the Motorola One Action has none.

Battery life during my review period has been acceptable, enabling me to get through a full day without too much hassle as long as I kept an eye on my usage.  On days when I cranked up the brightness on that LCD display, I did notice more of a power drain. If users are careful, they should be able to get through a business day of social surfing, browsing, YouTube consumption and some Instagram Live! Yes, an OLED screen would have helped here, but we’re in cost-cutting territory and I’m more than happy with the finished product, battery -wise here.

The Motorola One Action is given its name by the Action Cam feature included. This might be excellent for all those that like to have a good grip on their devices whilst filming, but hate using one hand when in landscape mode. It might equally be a God-send for all of us that see way too many people taking portrait videos of beautiful landscapes! The Action Cam utilises the 117-degree 16MP lens to deliver landscape video, whilst in portrait mode. Pretty nifty.

Given this is a long, sleek device, I’m not quite sure they chose this device to add this feature in, as it shouldn’t be too difficult to hold in landscape mode anyway, but I actually really enjoyed using it. More than I thought I would!

The inclusion of 4K 30fps video recording is also a nice touch at this price point, and despite the stabilisation being less than optimum, it still does a decent job. Colours again can look a little on the cooler side both at 1080p and 4K, but they are more than usable.

You can also get some good still shots, with some vibrant colours from the triple camera setup on the Motorola One Action. It has a quick shutter, nice and simple camera UI, and has enough features to keep people happy, with my particular favourite being spot colour. In Spot Colour mode, you select a colour in the scene you’re shooting, and the smartphone attempts to filter out all other colours. You can then take a shot with a vibrant, primary colour, and saturated or even monochrome surroundings. IT can have issues with some gradients of colour (as you’ll see from the samples) but mostly delivers when called upon, and can produce some lovely shots.

Portrait mode is the only real area that lets the Motorola One Action camera setup down. It fails to detect edges at all well, and I only managed to get one usable shot with others having huge artefacts around the sides of my cap and head. 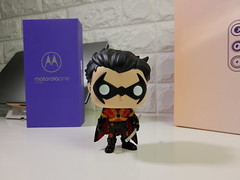 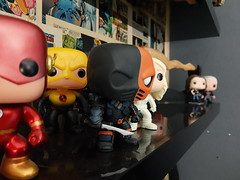 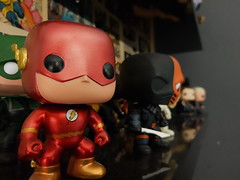 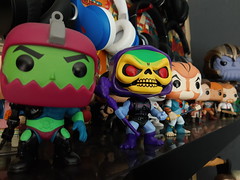 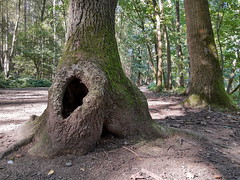 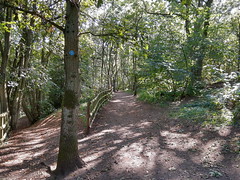 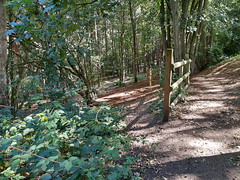 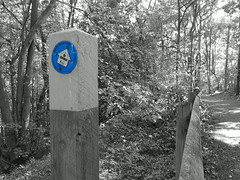 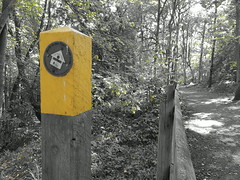 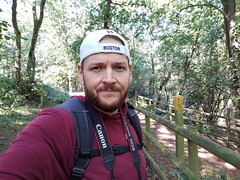 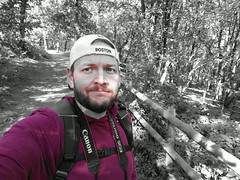 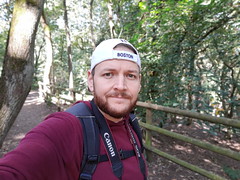 The Motorola One Action is £220. I’m stating that again, here at the start of my conclusion because it really needs to be one of the main talking points of this device. For that cash, you’re getting a good triple camera setup, but not top-tier. You’re getting a 6.3-inch 21:9 display, but not AMOLED. You get a fingerprint scanner, Type-C USB, Android One, as well as the elusive 3.5mm audio jack. All of this adds up to a compelling package.

Motorola are in a tough crowd here with Honor delivering excellent budget devices for a few years now, as well as the second-hand market where one can pick up a former generation flagship for similar numbers.

Where the Motorola One Action stands out here though is that with that price point comes great software, with add value features that deliver. I’m confident in recommending this device to those looking for something a little more wallet-friendly, but don’t want to compromise on the experience in daily apps. Just buy a good case with the money you saved – you’ll find some nice ones here.