Moshi are a new brand to us here at MTT, serving stylish consumer electronics and accessories. Their emphasis on style is what caught our eye, and thankfully enough we got the chance to review their current top of the line over the ear headphones. Here are my thoughts on the Moshi Avanti headphones. 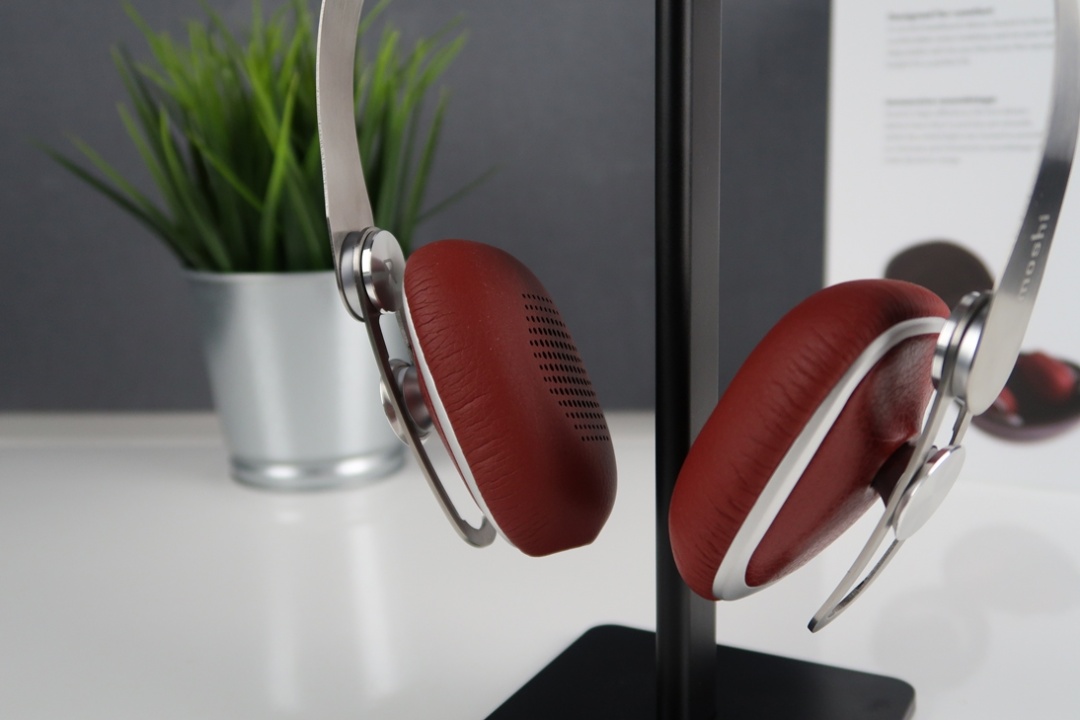 I’ll caveat this review with the statement that I, whilst Editor-in-Chief of a mobile technology website, am not an audiophile. My headphone use case is relatively limited, ranging from travel requirements (but I drive most places) to use whilst on vacation by the pool. I don’t frequent the usual commute routine and I don’t often use anything other than a PC headset with any regularity. So my virgin ears aren’t really attuned to what “amazing” sounds like. They do however work, so my opinion of these units are very much based on the other headphones I’ve used (both wired and Bluetooth) and how the lows, mids and highs sound to me over a listening period. Once again – not an audiophile.

With that out-of-the-way, let’s take a look at the specs of the Moshi Avanti for those that are into number crunching. 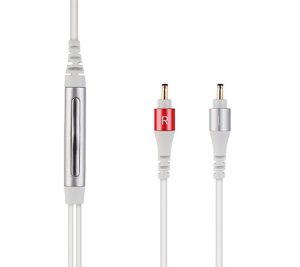 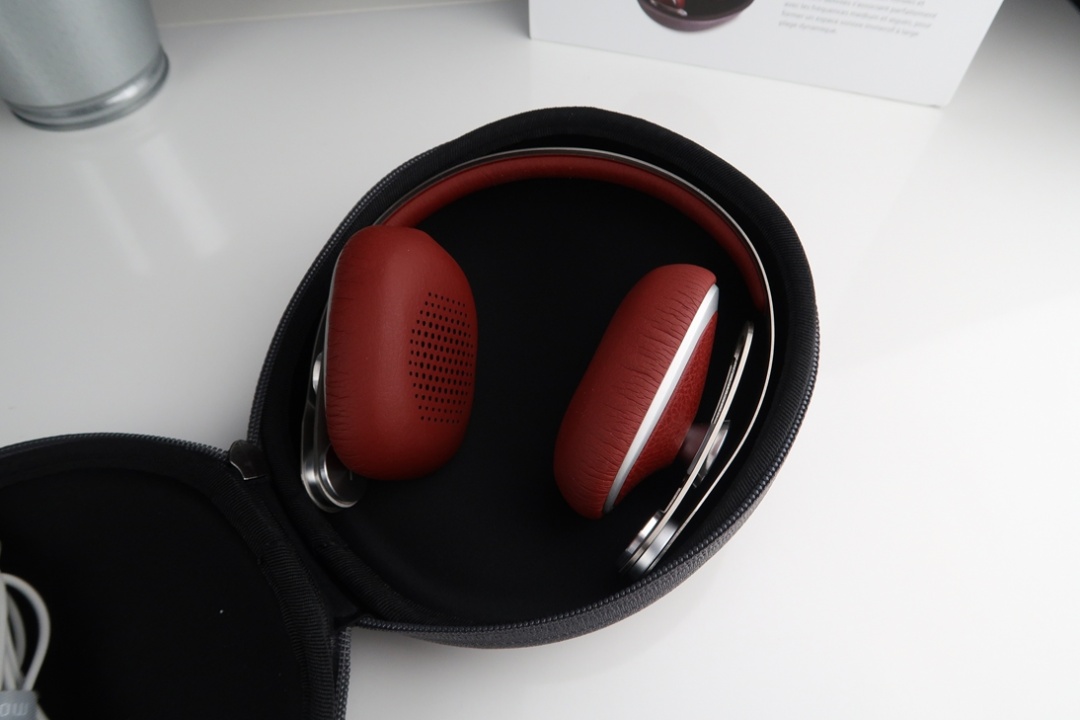 The metallic construction of the Moshi Avanti is striking. The Red colour variant I reviewed delivered a stark contrast to the brushed silver and even my Wife commented on them. In order to get to the Avanti headphones however, first awaits the task of extracting them from their stylish hard carry case. The case is grey in colour and has a hard shell construction which would certainly survive a few drops.

Within the case, which is a clam shell design and is secured with a zip which has a handy carry loop included, the Avanti headphones lie alongside the detached 3.5mm audio cable. The cable is ample in length and splits into two termination pins; one for each of the ear cups. They connect with a satisfying clip and I had no issues or instances where they became lose during use. Along with a multi-language user manual, that’s all you get. No charging cable here; there’s no Bluetooth. This is an old school wired connection and I, for one, can’t get mad at them. I’m still partial to some wired headphones myself. 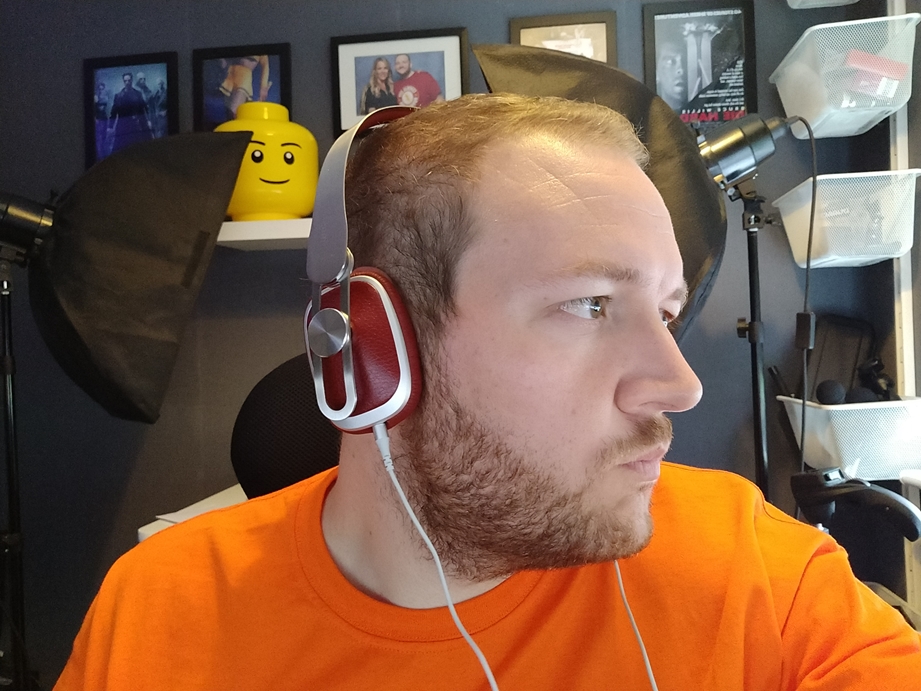 As you can see, they sit quite comfortably on my head, and whilst they are not over the ear cups, which I usually prefer, the ample padding on the cups caress your ears. In fact they have so much padding that after a prolonged session, removing the headphones you can actually see the padding moving back into position. Your ears are certainly looked after here. Conversely though, the headband has a severe lack of padding. Thankfully this doesn’t prove to be an issue due to the lightweight construction of the headphones overall. I had no fatigue when using this over a couple of hours. Equally nice to have is the slight cup movement to aid a comfy fit.

Those multi-hour sessions were also pleasurable aurally, otherwise this review would have started in a very different tone. I listen to a lot of Hip-Hop and bass heavy tracks, but I absolutely do not lean towards bass heavy headphones. Thankfully the sound stage here is only slightly on the bass heavy side, which is acceptable for me. Throwing some Top 40 chart tracks on and immediately I noticed the depth of the mid range. I could hear aspects of harmonised vocals that I wasn’t previously aware of. Mr Timberlake’s busy track “Can’t Stop The Feeling” is a prime example. There are sections of the track which are clearly multi-layered and has reverb added to it, but I’d never noticed in any other of my previous plays. Moving to some Electronic/Techno tracks and the high-end delivers a fair representation without drowning out the mids. The Prodigy are prime candidates for testing here and “Jericho” sounded, no, felt immersive. The “Hordes of Jericho” were certainly in full swing when the drop kicked in, but there was a slight loss of low-end which I noticed.

The Moshi Avanti gets might loud as well, but without bleeding that audio through to the real world. With the volume considerably loud to the point I couldn’t hear a conversation near to me, my music certainly didn’t interrupt. I’ve tried many headphones that aren’t over the ear cups that produce a real world disturbance to the public. These are no such headphones however, due to the way in which the padding moulds to your ears. The user manual also gives a handy guide as to when you can expect said volume to cause lasting damage. They quite OSHA guidelines of a maximum of 8 hours of continuous use at 90 dba. I don’t think I’ve ever had headphones on my head for 8 hours straight let alone at 90 dba, so I think we’re all safe!

The other nifty part of these units is that they fold up quite neatly for travel. The clicking as the rotation begins is satisfying, but when holding the headband to complete the folding process, I perhaps felt a little more cautious. The metal on the headband is very thin and it felt that I could quite easily bend it with any real force. Thankfully there is no force required to packaged the device up, but I’d stray away from accidentally sitting on these headphones if you can help it at all. If anything did break however, Moshi have a standard 1 year warranty that can be upgraded to 3, included.

Finally, there is a control pod about 10″ down from the ear cups along the wire and it has an included microphone which is acceptable for the quick call as well as a multi-function button. The function in question differs depending on which device you are connecting the Avanti to, but on an Android device is allows voice control with a long press, a next track skip with a double press, and a single press pausing the playback. A triple tap on iOS devices does seem to deliver a previous track option too. 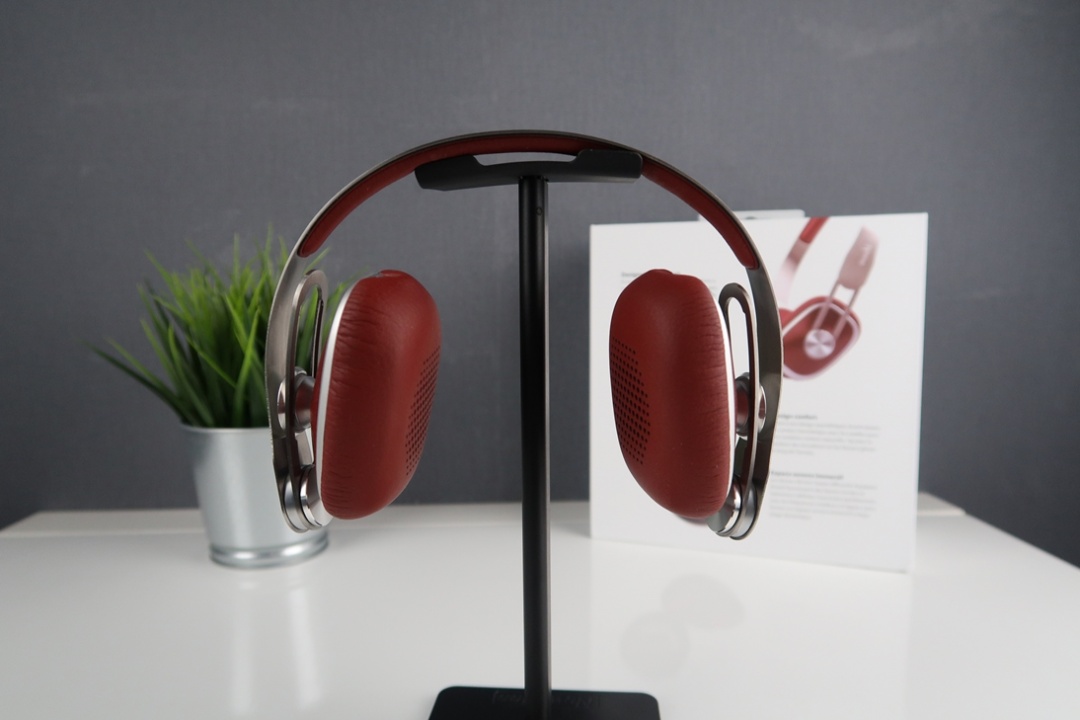 I can’t fault the Moshi Avanti headphones for build quality, aesthetics or audio. I’ve heard better quality units, but usually at trade shows when they are running through a high quality amp, and the base price of the product is high enough to call for a second mortgage. The truth is though that at £160 (all but 5p) these are still a tough sell in a market segment that is almost governed entirely by wireless audio products. It’s true to say that audiophiles will still use wired connections to gain elevated quality, but given that the Moshi marketing team are clearly aiming this product at the more stylish and youthful end of the market, that usually translates to Bluetooth. From that angle a device that has no Bluetooth connectivity for £160 seems a little steep.

There’s no battery concerns here however as well as being very comfy so it scores some points there. It also has a handy and portable carry case to boot! For those who do dip their toe into the water to try these out, I’m almost positive they won’t be disappointed. I wasn’t. I’d like a bit of a discount though. 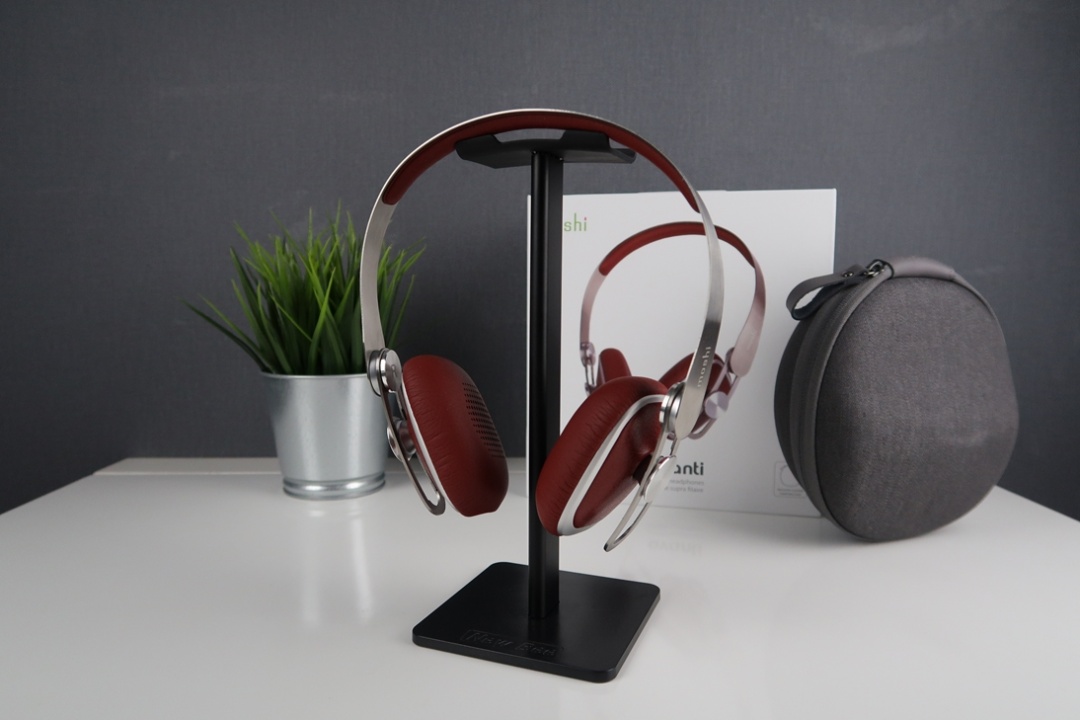