MindKoo GT88 – Are Cheaper Smartwatches Worth It?

We saw a lot of smart technology over at IFA 2017, with wearables still being a big draw for many. With most of our team opting for devices other than Android Wear (Apple Watch, TicWatch, Pebble, etc) we wondered whether the stagnation in innovation in this particular segment might aid budget manufacturers to provide a compelling offering. We reached out to MindKoo so we could check out there GT88; an IP57 rated smartwatch, with notifications and fitness applications as well as a bargain basement price point of just £35.99. This is our review of the MindKoo GT88. 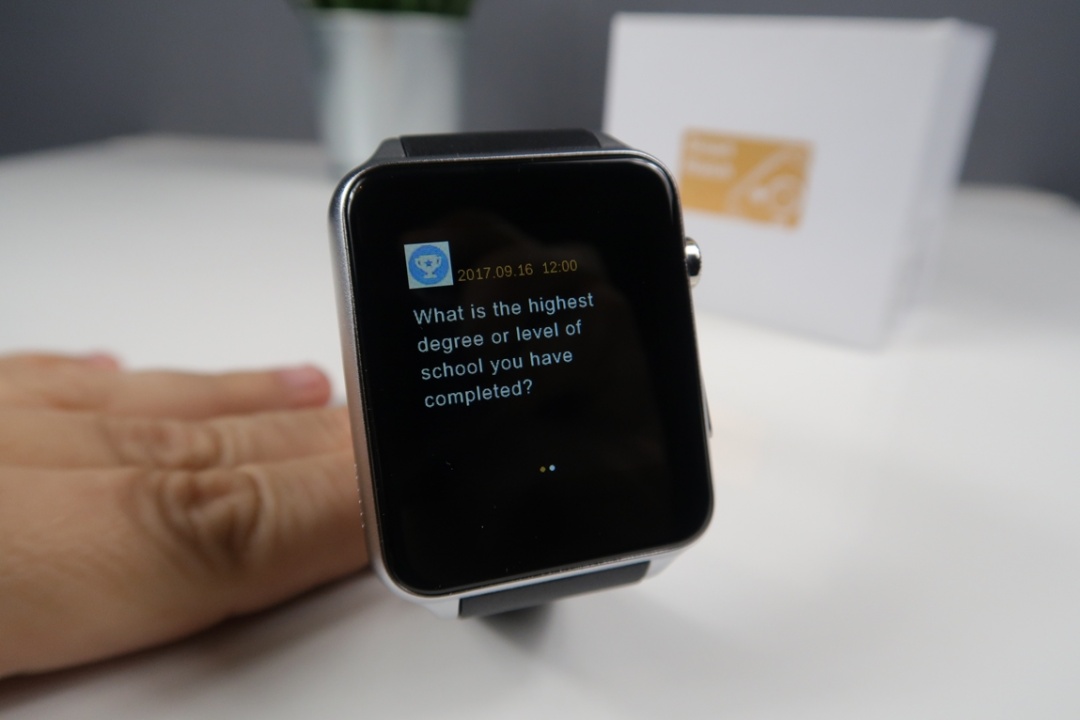 If you’re here to see whether you can save hundreds of pounds by getting all the same build quality and software attributes of the larger players in the market, at this price point, move on. In short, you can’t. Despite the MindKoo GT88 actually feeling quite solid on the wrist due to some metal plating, it isn’t close to the level to which we’ve become accustomed from the ‘the big boys’ in the game.

Let’s start with the basics here, it looks like an original Apple Watch. It has similar dimensions as well with its 45.2 x 30 x 12.2mm wrist print feeling, and actually being, only a little larger than its more expensive peer. Aesthetically it looks familiar too. The metal housing around the body of the rectangular watch looks identical, and where the Apple Watch has its single power button, so too does the GT88. However, the crown on the Apple Watch is replaced by a 2MP camera on the GT88. Not a great camera as you’ll see in this article, but it’s there if you want to point your wrist at somebody like it’s a death ray and snap their picture. There’s even a heart rate monitor on the underside of the watch but this is only accurate every 3 measurements in my testing.

Atop the body is a 240 x 240 resolution 1.5″ LCD display which is acceptable at best. Colours are not overly vibrant and tend to bleed into each other but it is clear and it can get very bright which aids in outdoor use. Likewise the included IP57 water resistance means you can spend that outdoors time in the rain if you so wish and not worry about the MindKoo GT88 developing issues. Don’t submerge it any further than 1 metre if you want to maintain its functionality though.

Inside, there’s a MediaTek chip powering the device along with an embedded 300mAh battery. This was good for a maximum of a couple of days of use in my testing, and that’s completely down to whether you use gestures to wake up the device, or set a long screen time out, coupled with the amount of notifications you receive. That’s a far cry from the claimed 7 days of standby – I couldn’t get near that. There’s room for a few pictures on the device thanks to the included 128MB storage, but you can expand this up to 16GB via a microSD card, and you can also add a micro SIM card in there to get call and text functionality directly from the phone using its speaker and microphone which are run of the mill but surprisingly loud.

Charging is relatively easy with this device as it is with a lot of newer smartwatches here. No, there’s no wireless charging on the MindKoo GT88 but there is a magnetic charging cable included which snaps on fine.

Aside from the battery life, everything else here suited me just fine. I don’t use GPS tracking, and as long as the Bluetooth connection is acceptable to transfer data from my phone and hand off notifications, I would have been quite happy. After-all, that’s what I got in my favourite smartwatch of all time, the Pebble Steel. Sadly, that’s not the full story.

The software on the MindKoo GT88 is not the most refined suite of applications you’ll ever see in your life. As this is a proprietary operating system, you can’t charge over to your favourite App Store to install apps, instead having to make do with the MindKoo offerings. There are a few of them thought to be fair; Call, SMS, Anti-Theft, Sleep Monitor, Heart Rate Monitor, Remote Camera, Voice Assistant, Stop Clock and more. They all just about get the job done, but they are all incredibly basic. There’s a Calendar app for example which can show you the dates of the various months, but doesn’t sync any calendar entries which is rather weird. There’s also a couple of other applications you can install from the companion app (strangely called “Fundo Wear”) such as Yahoo Weather and some more clock faces, but these are relatively pointless. 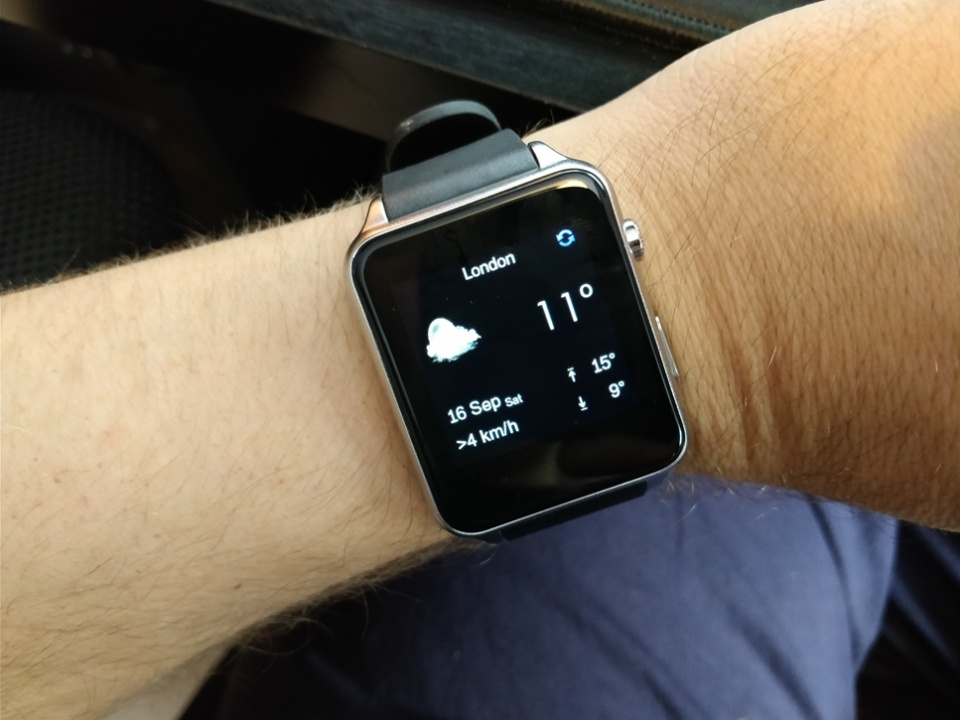 In conclusion, you get what you pay for. I know that’s an old adage, but in the wearables vertical it seems just as true as in others. Whilst the MindKoo GT88 is an interesting device at a near pocket-money price, it will really only ever suit those who want to be reminded of events, SMS or calls. Anybody wanting a comprehensive notification manager with full two-way communication and the ability to add additional applications from a constantly updated source should look to the established players.

It’s interesting however that a huge amount of people who saw me wearing this over the first few days of the review asked why I’d opted for “an Apple Watch” when I run Android. Aesthetically MindKoo weren’t too far away, but it’s just a shame that the software let it down a little. I’d still recommend something like this as a gift for somebody who wants the very basics that can be offered by smartwatches, and perhaps an entry into wearables. Anything else is sadly beyond it. 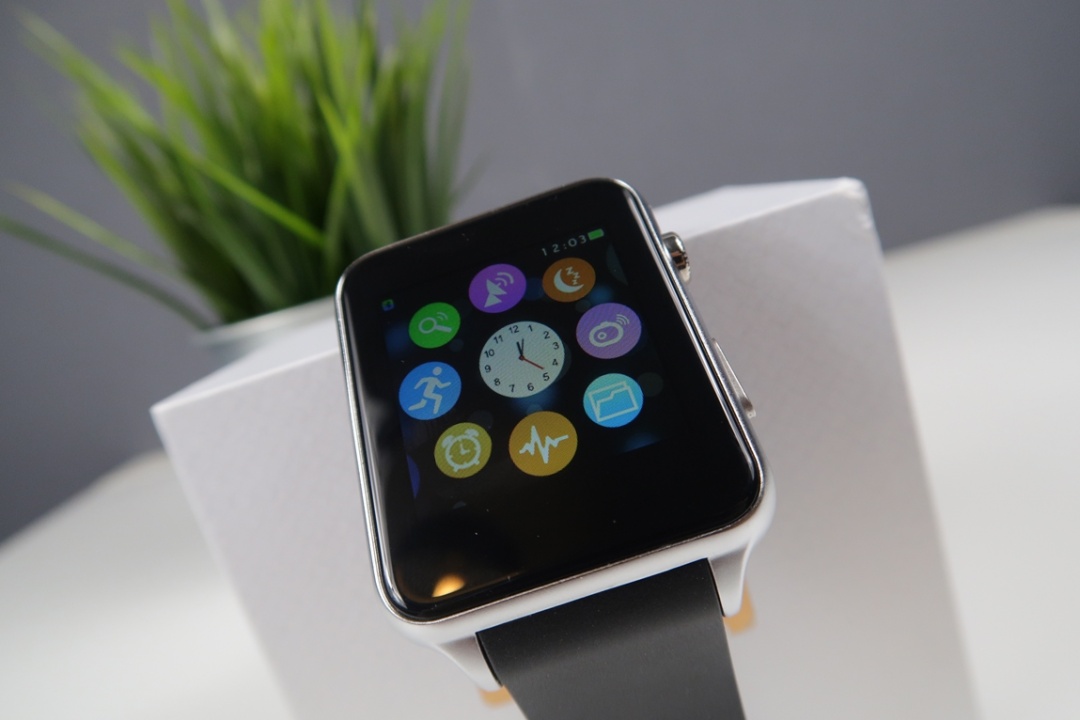