We’ve reviewed a few Meze headphones previously as well as featured them in giveaways. We like them, that’s the truth of it. Have my opinions changed during my review period with the Meze 99 Neo headphones? You can read on to find out – but I’ll be straight; I love these headphones! 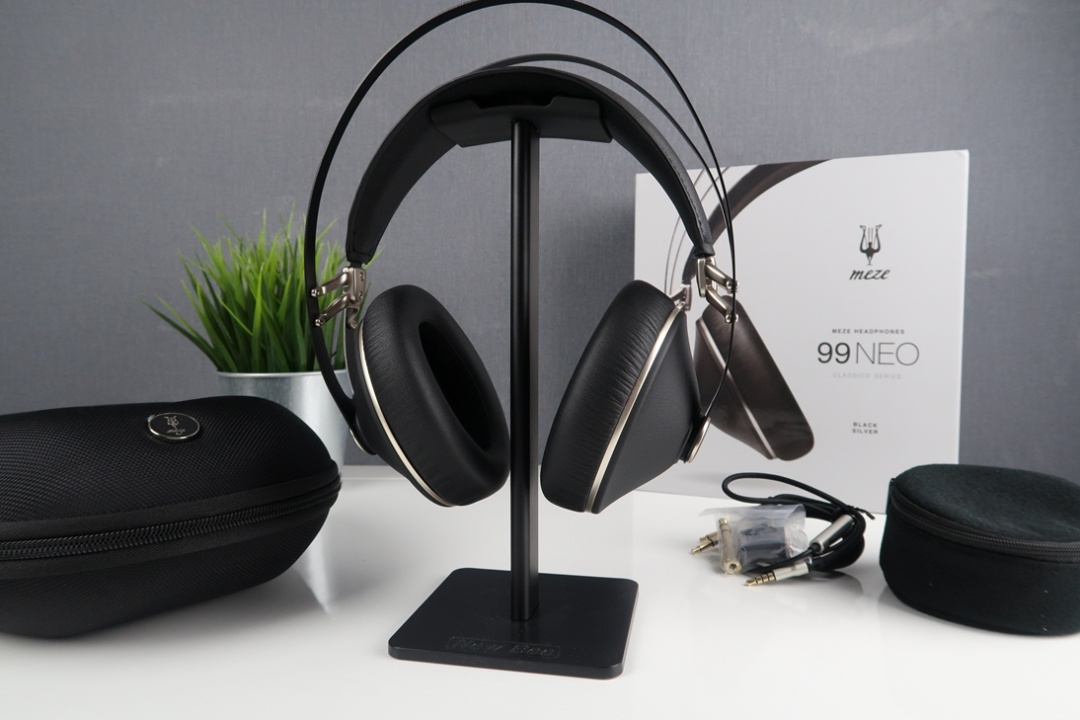 I said it in the intro and I’ll say it again now. These are great headphones. If you have £230 burning a hole in your pocket and you’re after some kick-ass headphones to last you a while and provide brilliant audio, then stop reading this review and head over to the link at the bottom and pick them up.

If you’re still reading one of three things have happened. You either don’t like being told, don’t have £230 or want to learn a bit more about what that cash would get you. Let’s start then. 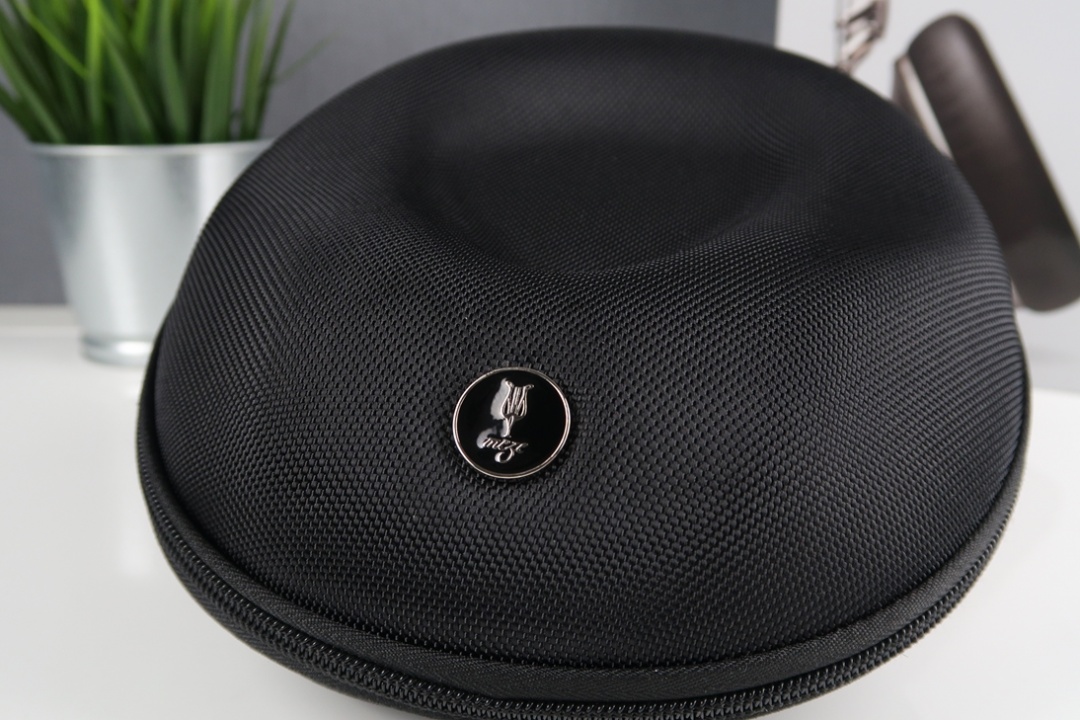 Not only is the package premium, but the accessories are too. A hard nylon carry case is included into which the 99 Neo headphones fit nicely. There’s also a detachable 3.5mm cable which splits into left and right ear cup connectors with an inline microphone and control pod. There’s also a 3.5mm to 6.3mm Gold plated adapter included along with a wire pouch.

The Meze 99 Neo headphones differ in the impedance only to the more expensive Classics which run the consumer an extra £50 of thereabouts.

The 99 Neo headphones share the same build quality as all other over the ear headphones from Meze which is to say excellent. From the self-adjusting headband to the memory foam ear cups, the 99 Neo exudes quality. Sure, they don’t have the beautiful real wood finish of the Classics but they still look incredibly stylish and I was happy that the build quality matched the aesthetic.

When putting these on your head you’re instantly taken by how immediate the comfort of the fit is. It’s almost symbiotic. They just wrap around your head. Now I’ve used many over the ear headphones and they are my go to type of headphones to use, but none, I mean none, have fit as well as this straight off the bat.

The ear cups have a little give in all directions to allow rotation and pivot where required. After all nobody’s head is purely symmetrical (I don’t think – interesting thought). Be a little careful where your hands have been though. The plastic composite on the ear cups does have a tendency to pickup smudges and finger grease. Easily cleaned but annoying if you’re a neat freak.

The wires click in to the ear cups, and there is only a short distance to the microphone pod which aids any calls that might interrupt your listening. A little further down where the two wires meet to eventually find the 3.5mm termination jack is a little woggle. This woggle is the only area I’ve found that has a deficiency. My unit has branding on that woggle that states “99 Classics” which these clearly are not. I’m assuming this is the same with all units. I for one am happy to let them off this.

I personally would have liked to see a smaller inline microphone pod with the button control on the woggle itself as my hand naturally heads a little further down the wire for such controls, however I’m aware many are used to having the controls a little closer to the ear cups than I am.

On to the audio and it’s just lovely. Beautiful. Whether you’re listening to the constant beat of Ibiza classics, acoustic twangs or electronica music, the 99 Neo headphones shine. The marketing paraphernalia point out the balanced nature of the sound stage here and I can only agree with them. I notice sections and compositions of tracks I’ve never noticed before such is the clarity of all depths of the audio. The type of music I played that sounded identical to me when using lesser headphones was techno, possibly due the cacophony on show. That didn’t sound bad at all though, I just couldn’t pick out the elevation in quality as I could in all other genres. 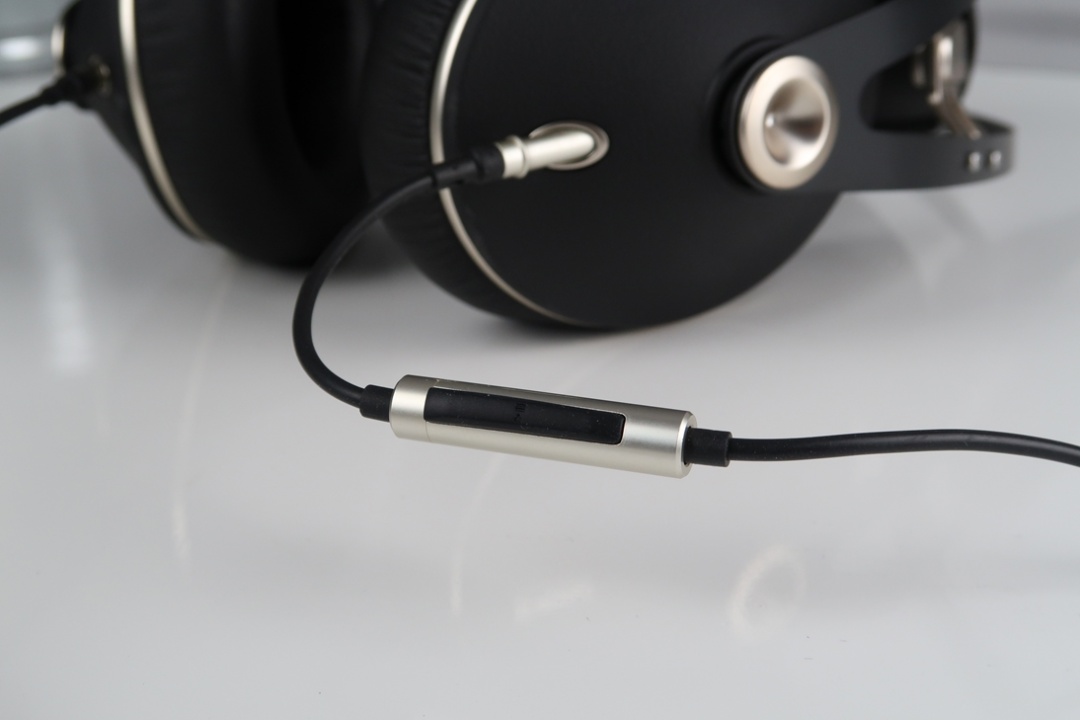 Quite simply, I love the Meze 99 Neo and I use them all the time. I review a lot of headphones, normally at the lower end of the market and I always go back to my gaming headset after a while. I work from home quite a lot and having a good microphone for the million Skype calls I get each day is as important as being able to hear everything clearly and keep ambient noises out of my ears. However, the quality on show with the 99 Neo headphones have me switching backwards and forwards, so much so that I’ve added a desktop microphone to ensure clarity when I’m on said Skype calls now. The microphone on the Meze unit is decent but perhaps the one “acceptable” area of the unit, where everything else shines. 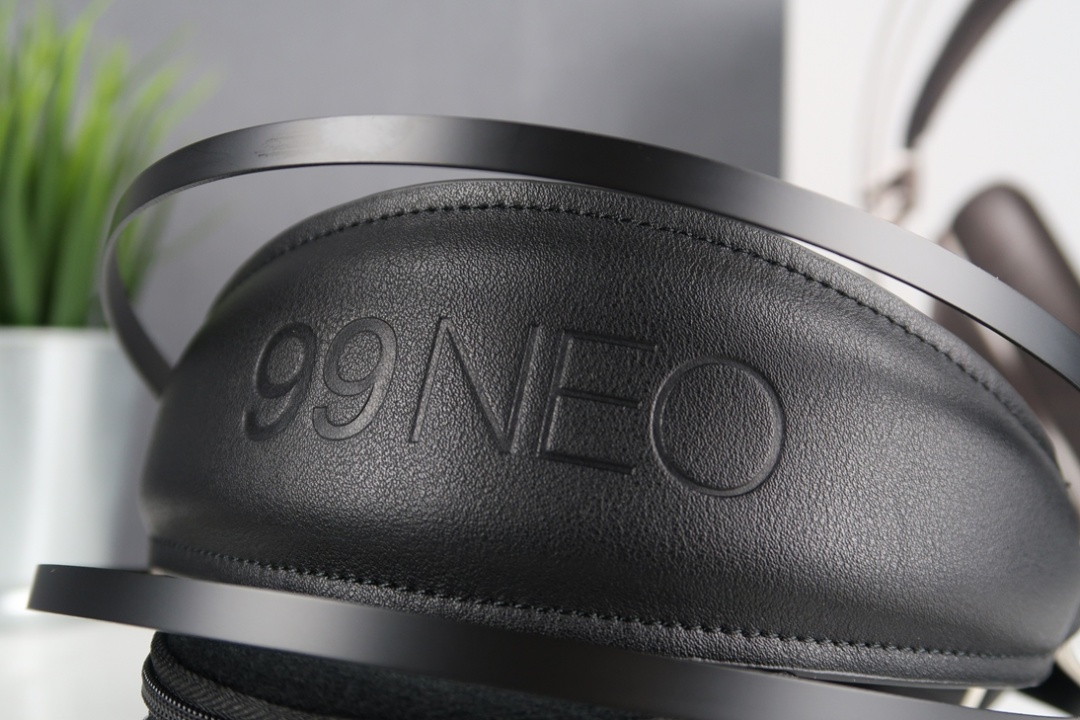 Having another microphone enables me to use the 99 Neo headphones during my work day which is bliss! After 6-8 hours at a desk with headphones on there is usually a sweaty mess when I take them off. Not here, they are comfy throughout.

That’s the tale of the tape really. Not only is the audio absolutely quality but the are comfy and look great. The only downside is the carry case comes everywhere with me now as I’m scared of something happening to these delicious units. Kudos Meze – I love you! 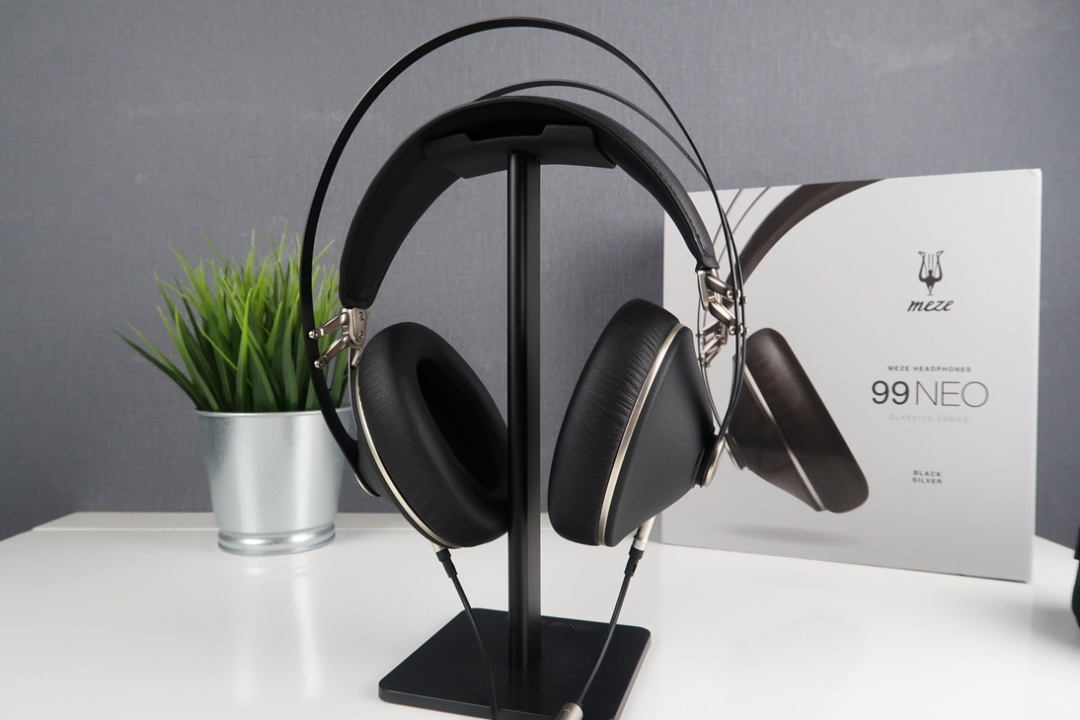