Sometimes on MTT we get sent products that should never see the light of day. Anybody who used to watch TV in the 90’s and remembers the Chindogu products showed off, will know what I mean. Chindogu is a Japanese term coined to describe products that are invented to solve everyday problems but are, in essence, nonsense gadgetry at best. The Mbuynow Freestereo Twins wireless buds aren’t quite in that category but they do struggle. 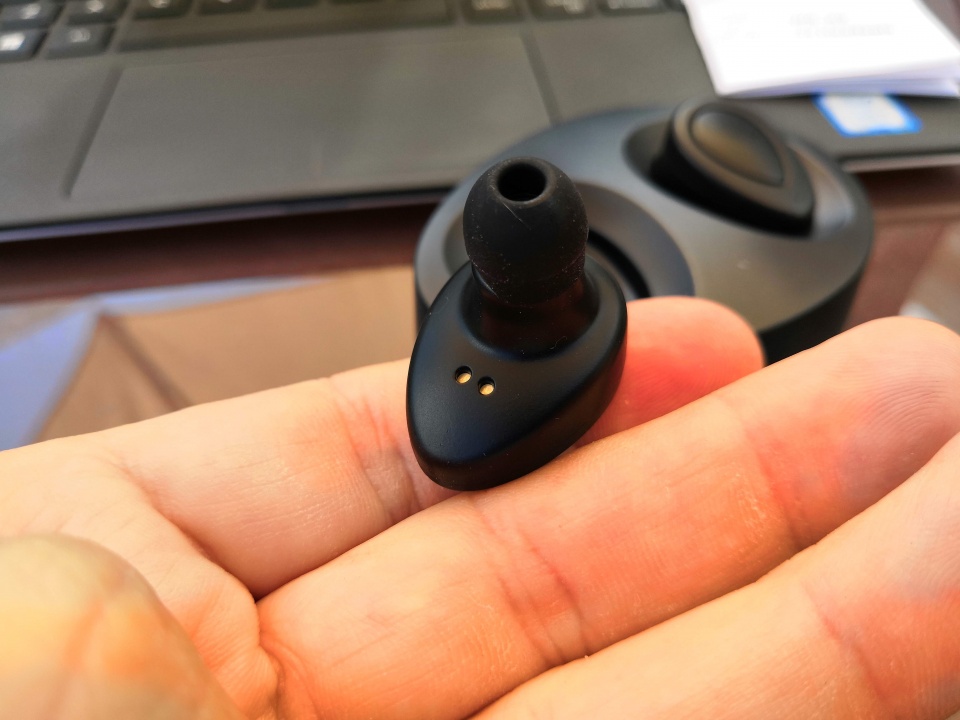 The Mbuynow Freestereo Twins are the latest in a sea of truly wireless Bluetooth buds that have flooded the market since the Apple Airpods hit the streets. We’ve reviewed a different types of this truly wireless solution, and the Mbuynow isn’t a solution one might call “quality”.

The material choice across the included earbuds and the charging case is thin black plastic. It feels as cheap as it looks and that’s because these are sub-£21 from Amazon so you shouldn’t expect too much.

The package contains the aforementioned earbuds and charging cradle, along with a few spare tips in different sizes, a microUSB charging cable and an instruction manual, which you won’t need if you’ve ever used a similar product.

The Mbuynow Freestereo Twins have a single multi-function button on each bud which controls answering calls, play/pause of playback, and switching tracks. The button on the left controls play/pause functionality whilst the right bud manages the track selection functions. This actually sounds like an interesting solution to the lack of on-cable control pods. The slight issue here is there are no left or right channel markings on the buds, so your only option is to turn them on, wait for them to connect and wait for the “right channel, left channel” test sound. The first few times I tried these I missed that each time as turning on the device whilst they are in situ in the ear can be uncomfortable. Once you hear it once thought you should be fine. You can always put them into the charging cradle the correct way around to assist here.

Continuing with the positives for a second, the earbuds actually connect to each other and paired devices quite speedily and actually stay connected, something that the Jabees and other similar devices I’ve reviewed in this category have had trouble doing. Sounds simplistic, but it should be heralded when compared to other more expensive products falling at this hurdle. 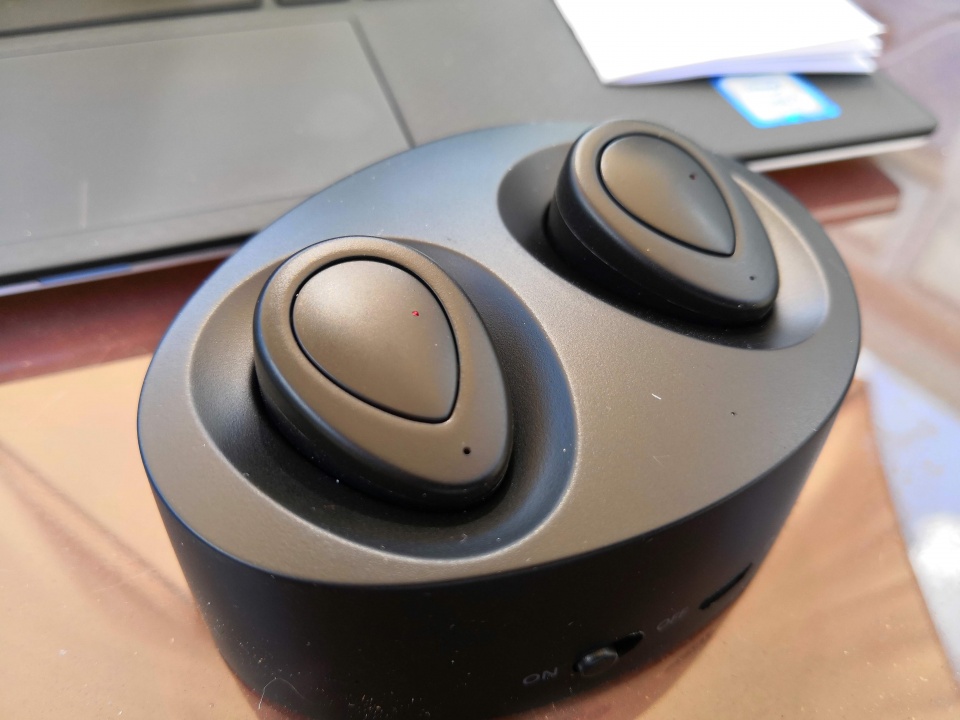 Audio wise, well, this is where things take a dive. If you’re in a pinch and just want to hear something these are fine. They aren’t good for long sessions, and they are almost completely devoid of any bass at all. They attempt to deliver something resembling bass, and only really manage to replicate the sound damp cardboard makes when punched! They get rather loud, yes, but they do distort. Their isolation is acceptable for those using them on a commute, but they don’t cancel any noise passively really. If you’re used to almost any other set of headphones (even those included with your smartphone for example) these are a significant downgrade.

When testing the Mbuynow Freestereo Twins earbuds I had to take regular breaks. No I don’t have the bladder of an infant, of a lot of interruptions during my testing period, I, instead, have two other irritants, namely poor battery life and the sheer lack of anything approaching comfort when wearing these. The included silicone tips don’t help, but they are just so unwieldy thanks to their light plastic construction that, whilst they sit neatly in a pocket in your ear, they do weigh on more tender parts of the ear, and do feel wedged into the ear canal. I’ve had this independently verified by others who have tried them too.

The battery life is perhaps my biggest gripe here though. We managed around the suggested 2 hours of playback called out on the packaging, and nowhere near the up to 4 hours of playback that their Amazon UK marketing suggests. Anybody commuting will no doubt have to charge these after each trip to ensure they don’t run out of juice mid-audio book on the Tube. Not ideal, especially when compared to the competition the Mbuynow Freestereo Twins have in this arena. They are poor; there’s nothing more to say on the battery life here.

Overall, and after all is said and done I can see a market for the Mbuynow Freestereo Twins, and that’s a Motorway service station product. You have no other option, you need headphones, and this is it. That may sound harsh but there are better options for even cheaper on Amazon, as well as much better options which are only slightly more expensive. Stay away unless you absolutely have no other option.