Back in September 2018, we visited Libratone at IFA 2018 in Berlin and they showed off their next generation of smart speakers. The Zipp 2 was announced there, and review units have finally hit our desk. The Libratone Zipp 2 brings with it portability in the shape of a carry hook and an integrated battery, as well as that Zip design that’s become iconic with their brand. Is this just another in a long line of smart speakers with lacklustre audio and a heavy price tag? 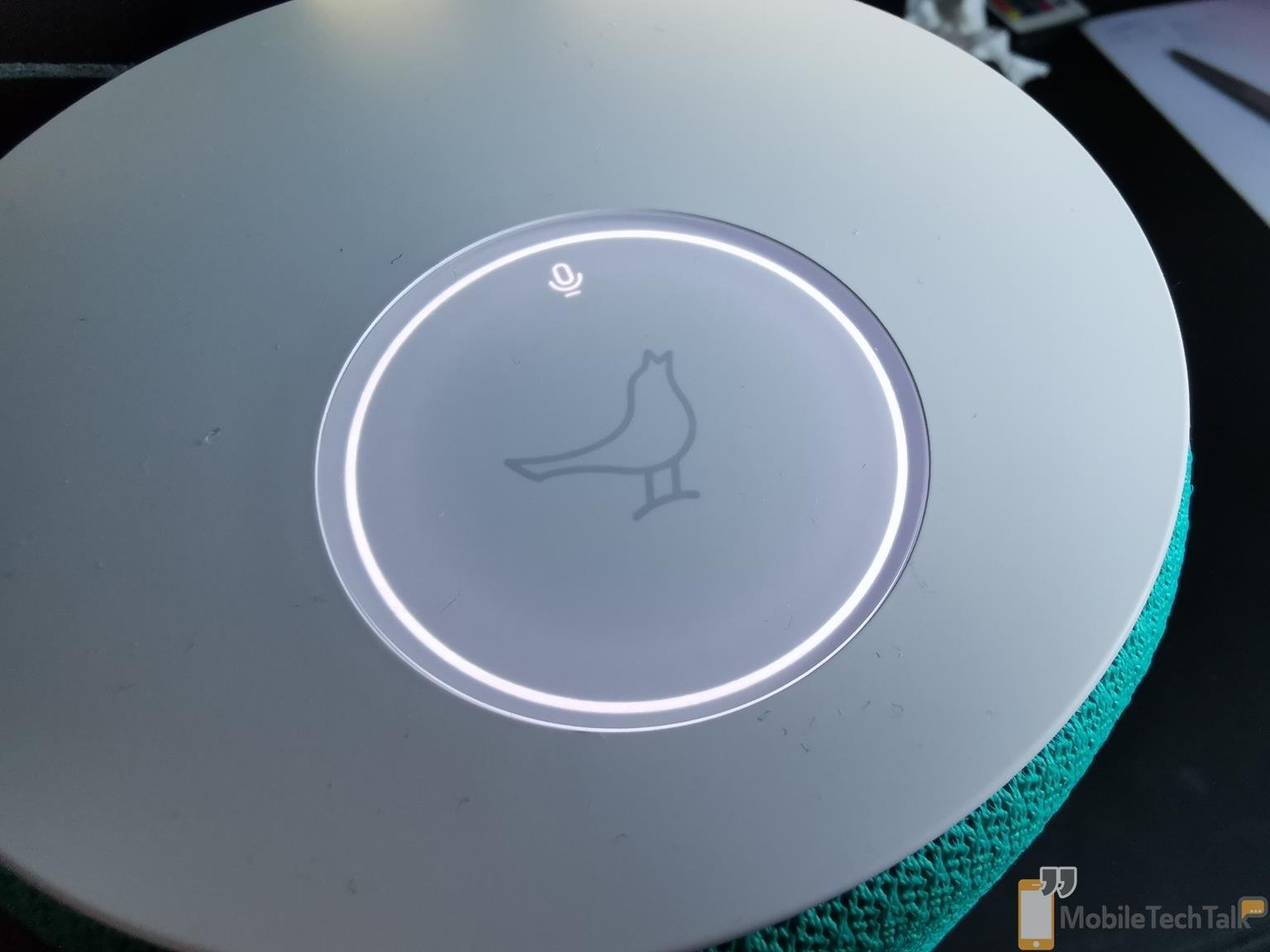 Yes, I know what you’re thinking; “great, another wireless smart speaker”, but give this a chance. Not only is it a fresh design aesthetic that whilst iteratively updated over their first-generation products, the Zipp 2 has something else up its sleeve with Amazon Alexa built-in.

The Zipp 2’s design is difficult to describe; it’s just different from anything else that is available. It’s a large cylinder-shaped speaker, similar to the Sonos Play, but taller, and uniquely covered in a nylon sleeve that covers two-thirds of the unit, and is zipped to the bottom third. Very interesting to the eye. It’s available in a number of colours (Green, Red, Grey, etc) to match whatever room you’re putting this in.

Of course, it isn’t designing to sit in just one room though. Thanks to the integrated 35.5Wh battery which in our testing delivered just shy of the 12 hours claimed by Libratone. That’s still crazy good! Use the carrying hook to move it from room to room with you and continue the party wherever you go (or if you’re old me, continue your podcast). That hook can handle the 1.5kg of weight from the Zipp 2, but it is a beefy product so it’s not something I’d suggest was carried around in a bag, but rather moved from room to room only.

Looking around the device, quite literally, and it’s quite a clean layout. Around the back of the unit at the bottom, there’s a power button, power supply port, 3.5mm AUX in port, as well as a USB Type-A in port, and an LED notification for charging status. Above this array, at the top edge is the carrying hook, which is a piece of leather secured by what looks like a piece of plastic. This is the least premium aspect of the device’s build.

The whole of the cylinder is otherwise covered by either the smooth matte plastic, or the nylon zipped sleeve, until you reach the top of the unit. There sits the touch-sensitive controls with the little Libratone bird logo sitting proudly in the middle. This button is smooth to the touch and can be used to skip tracks, control the volume, as well as long touch to engage a plethora of other options. We’ll get into that control mechanism a little later.

The box has a power supply with EU/UK adapters, and this is perhaps the strangest plug I’ve ever seen. It looks like one of those fluff removal tools used for jumpers! It gets the job done though.

The long and short here is that it has the inputs required, but the aesthetic is, as always, going to depend on the individual. Some will loathe it, but I quite like the fact it’s a bit different.

Alexa, Crank Up The Music

Let’s talk performance, after all, what use is a speaker if the audio it spits out is just weak. First off, we have to address the IQ of this device. Libratone has bundled in Amazon’s Alexa digital assistant and with that comes a wealth of versatility as you’ll no doubt know by now. Connect it to your Amazon account to get access to shopping from your lists, playing music from your playlists and library, getting the latest news, connecting to other smart home devices to increase utility, as well as getting Alexa to tell you a joke. Whatever functionality resides in Amazon’s own-brand smart speakers, resides here also. That’s a huge bonus to those who like the idea of consolidating a good portable audio experience, with the smarts of Alexa. Whilst the original Zipp had an update that delivered Alexa integration, the Zipp 2 delivers this natively as well as hands-free activation too. Shout at your Zipp 2 from across the room and put Alexa to work!

And the audio is good; it’s very good. The 360 FullRoom sound as called out in Libratone’s marketing literature is on form here and during testing this really can make a desk rumble with low-end whilst keeping the highs crisp and clear. The 4-inch woofer is paired with a tweeter that actually does some serious damage and can get to high volumes. Alexa has a volume rating of 1-10, and I got it to 8 without distortion and it was incredibly loud, and still quite clear.

If you’re one of these people that likes to have multiple rooms capable of playing the same music, you can pair up to 10 Zipp 2 devices to achieve this. If you have the requirement for 10 devices to be paired across your house, then the likelihood is you have a huge house, and you won’t baulk at the cost of this. Having said that, you might also then look at a more prosumer-grade solution then though, right?

If you’re not a friend to Amazon, you can use the companion app to connect to your device, and add other radio stations, and services like Spotify and Tidal. There’s also AirPlay 2 connectivity, and you can also connect your smart device to the Zipp 2 via Bluetooth and stream whatever you like. I find this works well on both fronts, but I’d like to have seen more applications that can integrate with the companion application.

The functionality in the companion app itself could be improved, mainly in the interface and the setup aspect; it does not inform you that the Zipp 2 will just refuse to connect to some 2.4Ghz WPA2 networks for example (many posts online stating this is an issue for users). Elsewhere though you can sift through a number of presets and pick one that matches your listening style, from “Easy Listening” which is great for podcasts to “Rock The House” which is excellent for highlighting the rumbling bass in Hip-Hop tracks. Unlike many similar devices, these presets actually change the listening experience.

The app itself does need some work though, as evidenced by the shocking score of 2.6 on the Play Store (Android).

It’s not all sunshine and fairytales here though. There is one big drawback to the Libratone Zipp 2 that caused me persistent hassle during my review period, and that’s the touch control mechanism. In theory, a touch control pad is a great idea. Tap it to pause/play the current song, double tap or triple tap to complete regular tasks like skipping the track, and press and hold to get to the settings wheel where you can pair to other devices and change the mode of operation. Sounds great right? There’s one small issue; you have to physically assault the unit to get it to work sometimes. 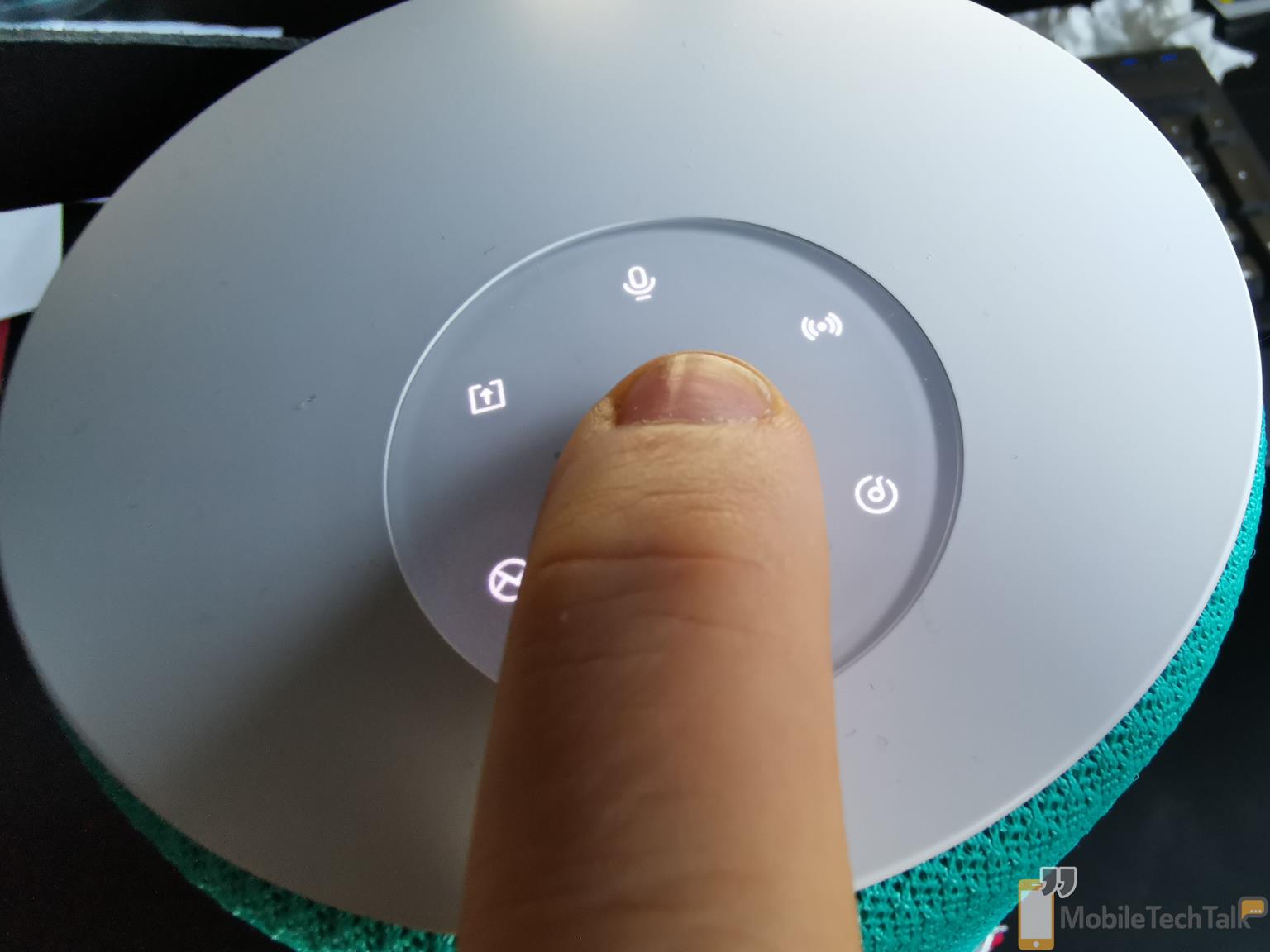 Pressing and holding gets you to the settings as I mentioned, which can allow access to your favourites (as updated within the companion app), an update of the firmware, access to the pairing mode, etc. You’re not going to use that option all too frequently I wouldn’t have thought. A single tap can wake the device or mute it if you don’t want it listening to your every utterance.

The issue I had is during playback when I wanted to skip a track. With Amazon Music, I can just tell Alexa to skip the track. This negated the specific issue I’m about to outline, but for other applications and when connected to Bluetooth, Alexa is not much cop!

Controlling your playback using multiple taps is very hit and miss. If you tap mississippily then you’re going to have a bad time. Zipp 2 will register this as two separate taps. Tap twice too fast and the Zipp 2 won’t register both taps and will pause your music instead of skipping the track. Annoying? Yes. Fixable in an update? I’m unsure as I don’t know if this is a software issue or a hardware one related to how sensitive the touchpad is.

I’ve found a fix, however; make sure you use excessive force, and it’ll always register!

Zipp Your Wallet Up?

All of this functionality within a reasonable small unit, and managing to deliver in almost all of the areas it suggests it would do isn’t going to come cheap is it? Think about it. It has a good tweeter/woofer setup, touch controls, a unique design choice as well as a large integrated battery, and Amazon’s Alexa built-in. That’s quite a lot for a device to deliver, and for the price at the time of writing of £219 I’m left thinking that actually, it’s really not a bad price.

Hear me out! The Sonos One, which has Amazon Alexa built in and a similar array of utility currently retails for around £180. However, it’s less portable due to the lack of integrated battery. So for an extra £40 you’re getting a different design, and portability. I can live with that frankly.

The audio is great and it’s probably one of the better independent speakers I’ve reviewed in 2018, but with the added capability that the Zipp 2 brings to the table, it probably is worth the punt if you’re after a single device. You won’t be disappointed, especially if Libratone improves their Android companion app, but if you’re looking for a multi-room setup, Sonos is probably still the place to be.

It’s not a review for this device, but you might also consider the Zipp 2 Mini if you’re after something a little smaller. It has the same features at a smaller form factor. Just a heads up!