The majority of smartphones on the market today are pretty bog standard, they either have metal frame and glass back or are made of metal all around. But what if you want to stand out and get something different, introducing the Leagoo Venture.

From the first glance at the product images, I saw a striking resemblance between the Leagoo Venture 1 and Vertu phones from recent years. I have no doubts that they have probably been the inspiration for this phone.

So, the presentation was top notch, with a sleek black sleeve with the words ‘Your Executive Honor’ which made me check the details of the page again to see if Huawei owns Leagoo but there is no connection whatsoever. The back of this sleeve contains the 2 IMEI numbers alongside the specs and a QR code for the Leagoo Facebook page. Removing this sleeve, you are presented with a box which has a medal on the top and beneath that you have some key features of the phone such as the processor, RAM & fingerprint sensor.

Inside the box, you will find an EU power adapter that outputs 5V of power at 1.5A, therefore, you will probably benefit from getting a separate 2.1A power plug. The box also contains a pair of gummy headphones, a flat micro USB cable alongside the documentation including a quick start guide, user manual, and SIM eject tool.

Taking a look at the phone, on the back, you have the rear facing camera, a fingerprint scanner, a microphone and a dual LED flash. There is also a Leagoo badge at the bottom. Round the right-hand side, there is the micro USB charging port, the dual SIM tray, and the loudspeaker. The top and bottom are completely empty whilst the left side houses the 3.5mm headphone jack, volume rocker, and power button. The front of the phone has a 5 inch 720p IPS display, 8MP front facing camera and capacitive home, multitasking/menu and back buttons. The phone I chose was the Amber Brown colour because I felt like this would be quirky but still professional.

The first thing I want to talk about is the specs and performance of the phone as the Geekbench scores of 611 on the single core and 2538 on the multi-core is fairly low in comparison to the flagships and even some mid tiered priced phones such as the OnePlus 3, however, the phone was smooth throughout however I couldn’t run Asphalt 8 which is odd but I could use Asphalt Nitro so I used that to test the gaming performance out and it was working absolutely fine apart from a few lost frames but even they were rare. The screen is probably a mixed bag because when looking at it straight on, it’s good indoors, however, the colours are a bit on the dull side alongside the brightness being a bit lower than I am usually used to. But off axis viewing is poor. This does mean this phone will not be ideal for you if you are outside all day because you can use the phone only to a minimum level.

The build quality was really solid and the leather material is a bit soft and it did suffer a small dent from where my headphones were squashed into it within my pocket. The bad thing about it being such a unique phone is that there is a scarcity of cases and 1st party accessories so you will probably be stuck with a slip in case which does annoy me as I would like to preserve this so maybe even a 3D printed case or you could make one with a 3D pen. The glass and metal build on the front and sides is nice in hand and the phone doesn’t feel too unwieldy in one hand but this may be because I haven’t got the largest of hands. The software and security are the key focus of this smartphone with the fingerprint scanner support being an extra app since Android 5.1 doesn’t have built-in biometric support. This does work flawlessly with the rest of the system and I have had an almost perfect scan rate. The supposed bank level encryption was not something I could test out much but the dual login for apps seemed like a cool idea as you may be somebody who runs a business Facebook page alongside your personal account on your phone and this allows you to do that with ease. The skin is a bit heavy and personally, I would’ve chosen to go with Nova Launcher to try and get the interface looking a bit more stock.

The camera samples and video tests can be seen in the accompanying video review of the phone. The cameras on this like a lot of cheaper smartphones I have tried are not great, but I guess this will be fine for taking the odd picture for social media but this is far from a photographer’s dream. The connectivity was good overall and I always saw identical signal to my 6S. 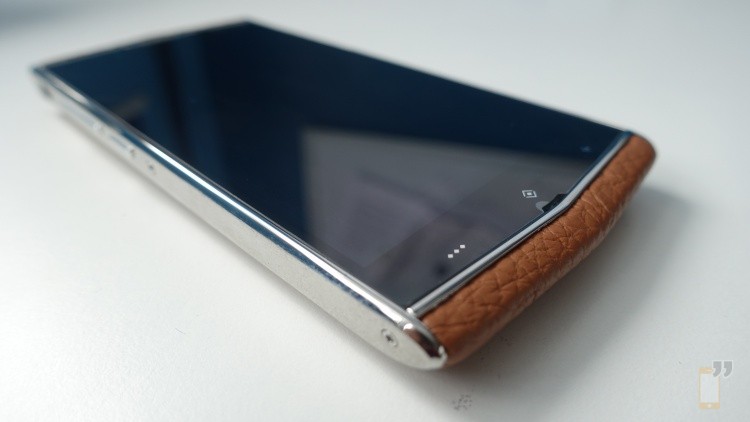