I have always seen Joby’s products being used at the forefront of camera technology with their Gorillapod series which even YouTube sensation Casey Nesitat uses. The Griptight series is their line of mobile tripods, stands, and holders and it was a name I had not heard about until earlier this year.

Thanks to Joby for sending the GripTight One Micro Stand out for me to have a look at but this has not had any influence within my (Siddu’s) review.

The Micro Stand comes in a thin packaging with the mini tripod section coming separately to the phone mount. This 2-part design means that you can use the tripod separately so if you carry a point and shoot then you can just screw it onto the standard tripod mount. On the other hand, it also works if you would like to attach your phone to a tripod so you aren’t limited by proprietary adapters.

The tripod has metal legs with white rubber feet which cover about 2/5 of the feet and these are so that that you don’t scratch the surface you place the tripod on, however, the white colour does mean that they will become a bit dirty over time. The tripod mount has a flexible section at the top which allows you to rotate the mount to have the phone/camera facing downwards or upwards.

The angle down isn’t a huge amount down so if you would want to use this is a dedicated phone stand to watch films and TV shows or use your phone in landscape it probably wouldn’t be the best thing unless you are placing this on a surface which is a fair bit higher than your seating level. My iPhone 8 Plus did seem a bit off axis when I am sitting in my normal position and I think it wouldn’t be a hugely comfortable experience unless I kept it about 50cm away.

When I pulled my 8 Plus all the way back so that I could get the upper most angle, I did find that my phone did become top heavy and the entire stand started to tip since one side was much heavier than the other. I put this partly down to the increased weight of the 8 Plus compared the majority of other phones. I was able to get my old 5S almost completely bar about 2-3 degrees before it toppled. 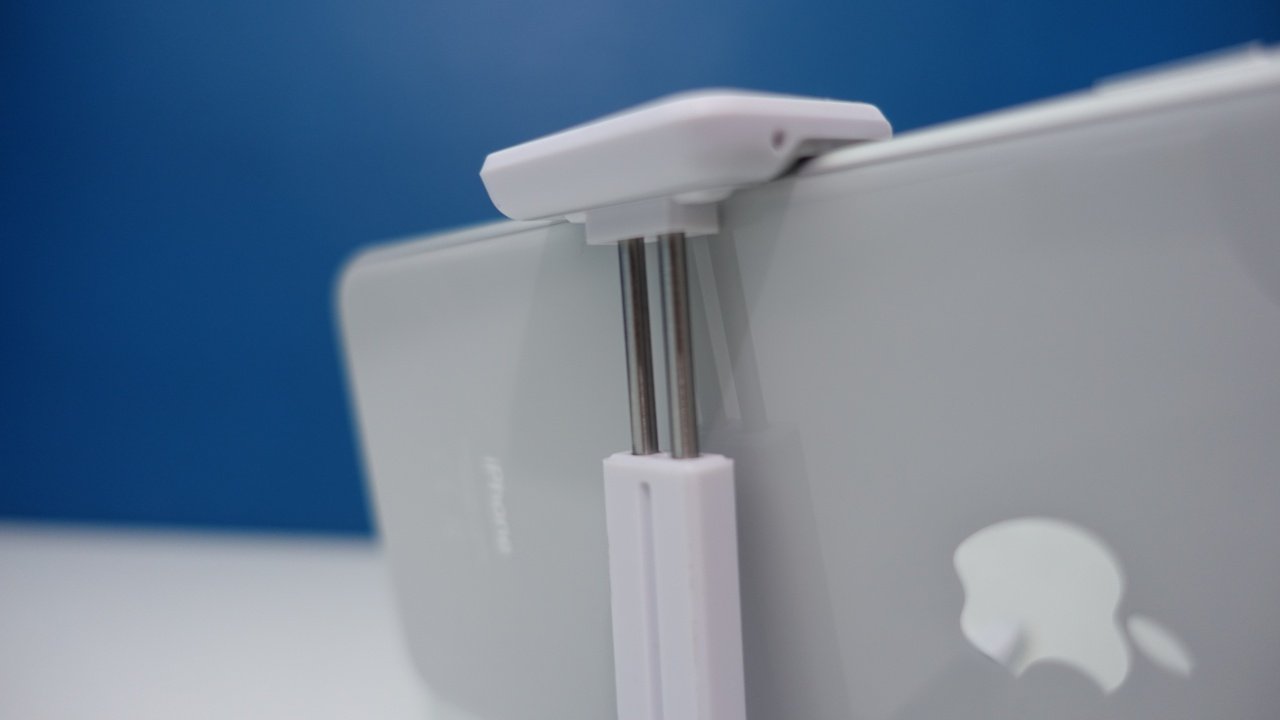 I didn’t notice the lack of backward tilt as much when I was using this with my Sony RX100iii since it allowed for a good focusing distance and the display is rotatable I was easily able to circumvent this problem, however, I didn’t find that lack of tilt was as much of an issue. The larger surface area of the camera horizontally meant that I also didn’t have the camera tipping over since the camera’s base did make contact with the legs so the weight was more evenly distributed.

On my Nikon D3200 which is a much larger DLSR camera, I found that the backward tilt worked however when I did the forward tilt, due to the weight of the lens, the entire camera just drooped forwards and the lens hit my desk. This does mean it will sustain the weight of a DSLR but you will have to be a bit more precise with the angle of the camera.

The top phone mount section is made from white plastic with rubber on the impact points with your phone. This clamp can extend between 2.2” and 3.6” which means even something like a Nokia 3310 may fit at the smallest end and then at the widest you have some space even with an iPhone 8 Plus so the majority of devices should be covered.

The form factor means I can have this inside my bag or in my pocket since I can fit 3 of these in the same space as my bag. But I would recommend keeping them separate to your phone since the tripod screw can scratch your device pretty heavily even though it has been polished to have a smooth finish.

You do have the Joby logo on the leftmost leg of the tripod base and the red colouring on the top to signify the brand. The phone mount has the Joby logo carved into the back section but otherwise feels quite bland and even a splash of red would help to make it more vibrant.

I do feel like this is a handy little item to have especially since Joby has a history of creating durable products and whilst the price does seem a bit steep it’s better to buy something once than have to buy a couple of a more inferior product. Definitely a good buy! 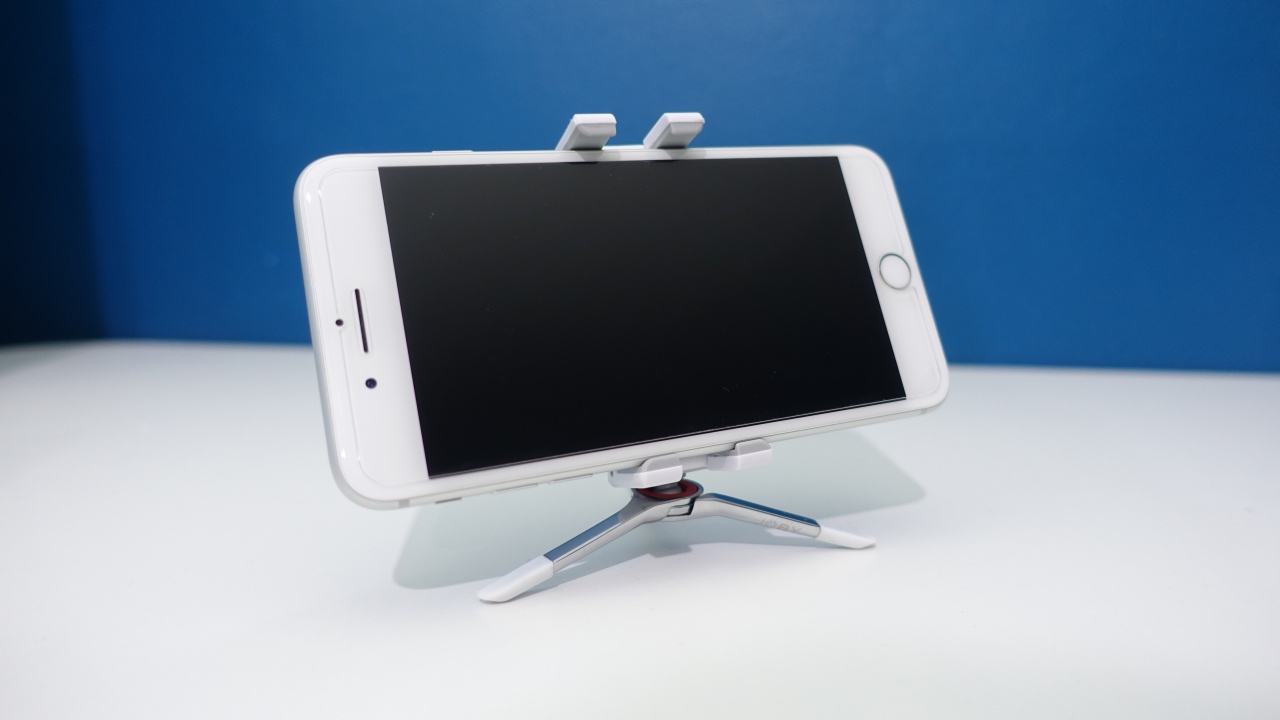