One of the nice presents we got for our trip to MWC was a set of truly wireless earbuds from a company called Jabees BeeBuds. Now, Jabees is no stranger to MTT, we’ve checked out some of their stuff before, but the new Beebuds are a step ahead.

Disclaimer: Jabees sent me a set of these, and I tried to use them during MWC and as much as I can back at home. This review is after 2 weeks on and off usage of the Beebuds, connected to the Huawei Mate 10 Pro, BlackBerry KEYone and the Honor 7X. Jabees provided the Beebuds free of charge, but no money has exchanged hands for either party and no one aside from another MTT editor will check this content before it goes live. 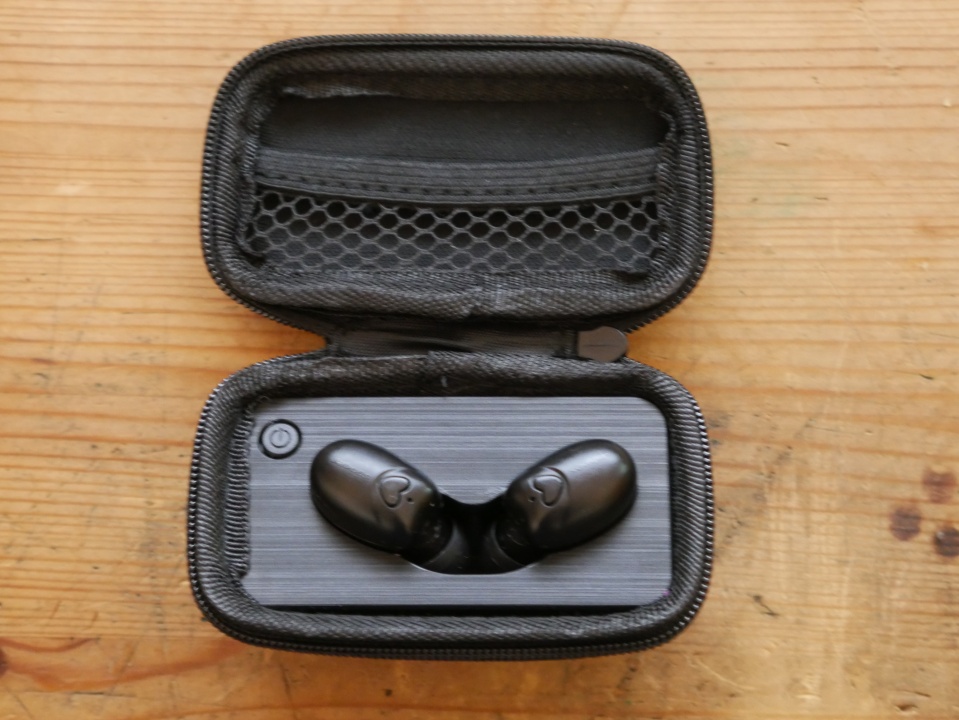 If you want to know more about these, check out the specs page from Jabees Here

Now I do have to preface this review by saying that, due to an injury with my jaw, I couldn’t use these earbuds for extended periods of time, and when I damaged my jaw, it altered my inner ear canal, meaning that something that goes in my ear canal is extremely painful. 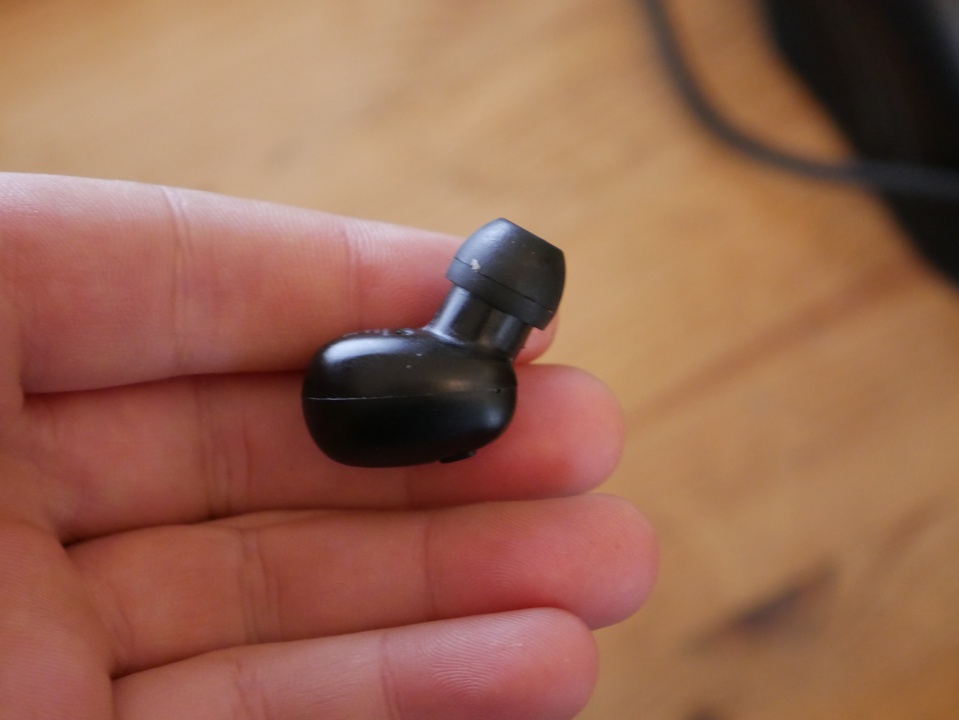 Starting off with the buds themselves, they’re tiny, like, really tiny, surprisingly small and at only 8g each, they’d easily be forgotten about in my pocket if the case wasn’t so obnoxious. Yes, in the juxtaposition of the century (although we’re only 18 years into it) these miniscule lightweight buds are paired with an oversized, overweight charging case. At roughly 87x54x43mm this case is just massive and makes putting it in a pocket uncomfortable. When walking around Barcelona, I ended up putting the case in my bag, as having it in my jeans pocket or my blazer/jacket pocket was just too uncomfortable, whilst I could forget I was wearing the earbuds, I never forgot I was carrying its case.

The only good thing about the case, and I mean this as the only good thing about it, is the magnets that snap and hold onto each earbud so they don’t fall out of the case once you open it up. The case has a MicroUSB Charging port, which, at this point is getting annoying. I understand, from a consumer standpoint why it is there, MicroUSB is cheaper to implement, MicroUSB cables are cheaper, you can get MicroUSB cables almost everywhere compared to USB-C etc. but that doesn’t change the fact it is an inferior connector, is limited on charging speed, and is just less robust of a connector. If you don’t start putting new connectors on the low-end stuff and the peripherals, it takes even longer to adopt a new connector, you can’t just have it on flagships. Then there is just the sheer size of the case, I really cannot overstate how bulky an unwieldy this case is, I just make me not want to use them because It is such a struggle to find somewhere to put the charging case that doesn’t get on my nerves. 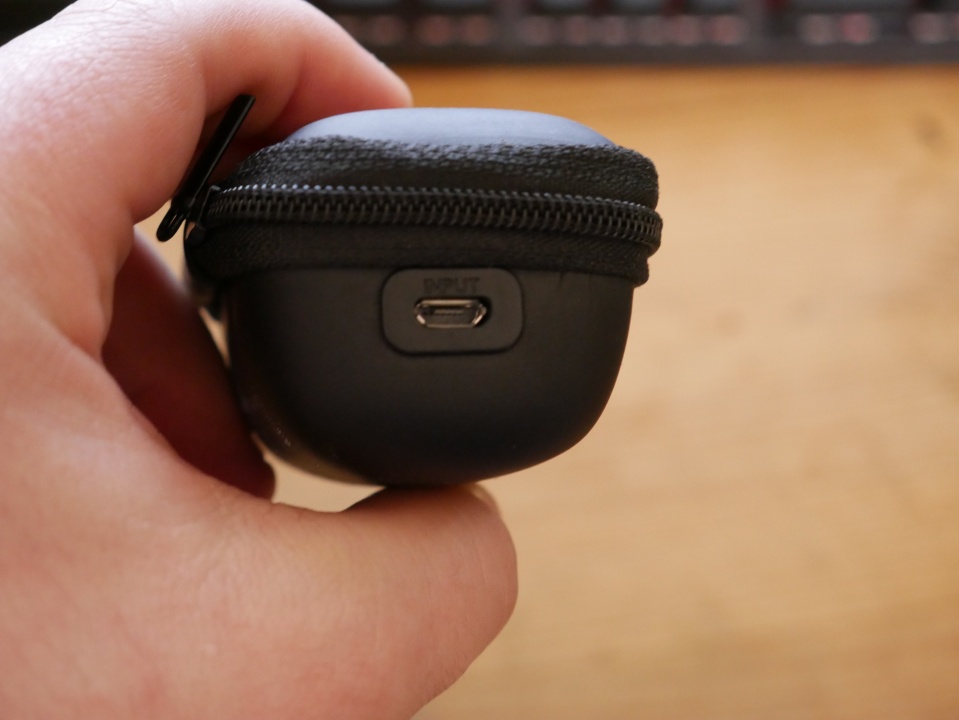 So, how do the Jabees sound? Actually, surprisingly good. They don’t hold a candle to my Be Free8’s from Optoma, not in the slightest, those still sound far superior and have a better intra-bud connection, but for the price that these are coming in at, which is $69.99 at full price, but they are on sale for $49.99 and have been since I’ve had them, so for $50 Bluetooth earbuds, these sound ok, for Bluetooth earbuds that have no physical connection to each other, these sound really good. 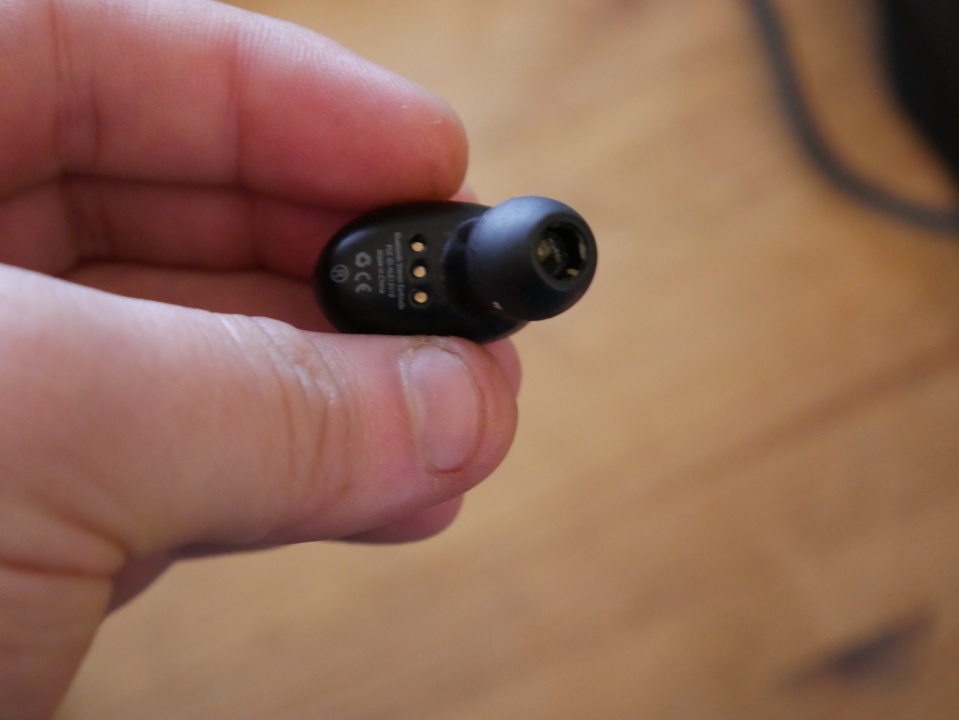 These don’t have the widest soundstage, but I think that just comes from being a closed design with tiny drivers in them, and the Bass response is, well, almost non-existent, but mids and highs are surprisingly well defined, and vocals, especially in dynamic songs like most of the ones in Hamilton (if you haven’t checked it out, I recommend you do) sound so good that you can’t help but smile. Electronic dance music (or EDM as the kids say) is a different story, the Beebuds struggle here, they sound 2 dimensional and flat, which is the last thing you want when you’re trying to escape the tyranny of the real world with Daft Punk’s soundtrack to TRON: Legacy, another film I would recommend.

Whilst I have ragged on the sound a little bit, I must say that I’m glad Jabees did this instead of trying to mask the sound with overinflated sound levels to try and make you think there is loads of bass when in reality, it is just loud whilst being muddy.

This is the area I was struggling to write, as I have damaged my jaw, my inner ear has also been damaged, making it much more sensitive, especially to things that go inside my ear canals, like in earbuds like these. I’m trying to go on my fit for my right ear with was not damaged nearly as much, and for that ear, the Beebuds had pretty good passive noise cancelling from their seal, and the replaceable ear tips made finding a fit for you a little easier, I may try and replace these with Comply memory foam ear tips to see if the comfort and seal gets better, but there is no way to know until I try it.

One of the things that Jabees included in the box is the now famous wing tips to help hook into the crook of your ear to stop the earbuds, but the problem with these is that the buds no longer fit into the case with the wings on, you need to remove them and place them in the mesh netting in the case, this introduces far too much time and effort before just putting the earbuds in, trust me, I had to stop doing it because it annoyed me too much.

This is where the Beebuds impressed me. Cheaper Bluetooth earbuds have this song and dance of turning on the master earbud (once you figure out which one is the master earbud) and putting it in pairing mode, going to your phone and to Bluetooth settings and find the cryptic name it usually has and connect it, once that is done, then you get the second bud and turn it on and hope it connects to the first bud like they all promise. 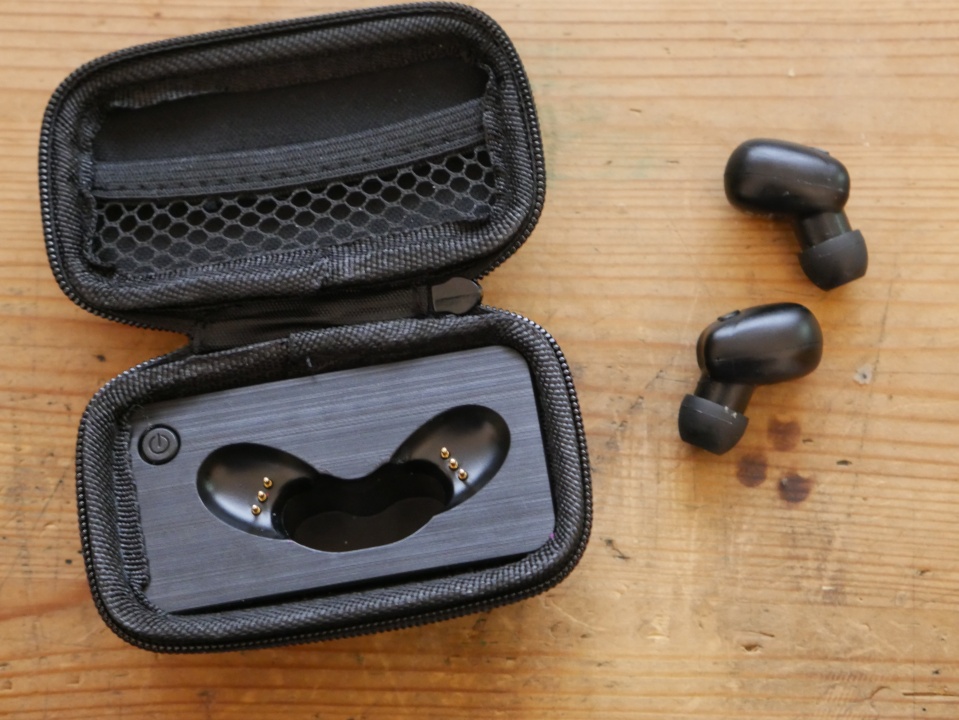 This behavior is even somewhat common on more expensive earbuds, my Be Free8’s for example, I have to turn on and pair the master earbud (the left one) and once that is done, the slave earbud automatically connects when it is in range of the master bud. But In this whole affair, I still have to manually turn on and turn off the buds. 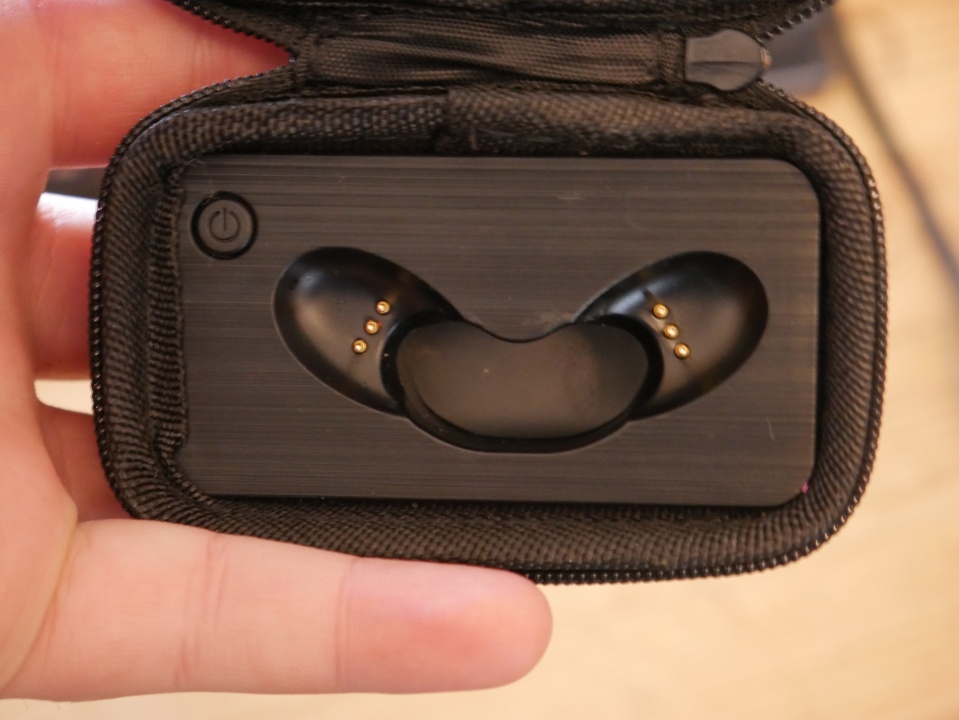 The Beebuds though, you unzip the case and remove them from the case, this turns them on and puts them in pairing mode, go to settings and pair them, and you’re done. To turn them off, you place them back in the case and zip it up, it really is that simple. I actually thought my unit was defective as that process was so simple that It didn’t occur to me that removing the buds from the case both turned them on and put them in pairing mode, and I was pressing the buttons in a weird combo that made me think I was going to unlock some sort of Konami code.

Like all other truly wireless earbuds, placing them back in their case instantly starts them charging, a nice neat feature, I just wish the case wasn’t so damn large.

So should you buy these? Hell yeah. Despite the less than spectacular case, the sound is good and the technological improvements such as auto power on/off and instant pairing is good. I would prefer these to go a step further and use Google’s fast-pairing, so you don’t even need to go into the Bluetooth settings on your phone, but that is just a matter of time. 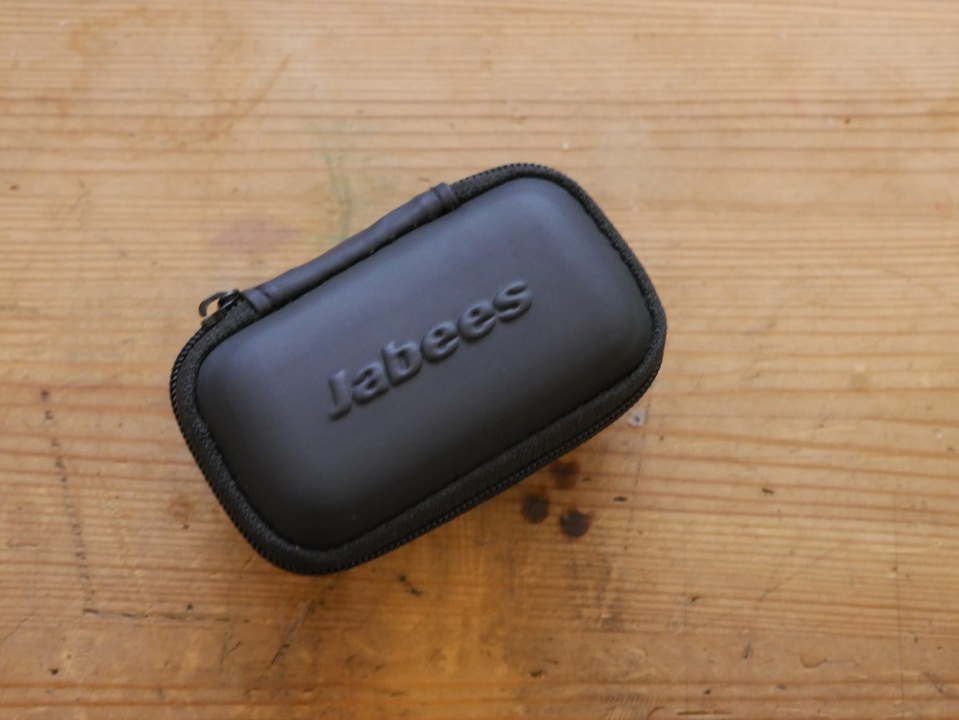 If Jabees can improve the case for the Beebuds, I can see these being something I recommend quite often, especially for the women in my life, those who carry large enough handbags for the case to not be an issue, and the small size of the buds not being over intrusive for them.

These are some pretty stellar earbuds, and whilst they’re on sale, they’re basically an insta-buy