Groov-e will be known to many Amazon surfers as they have quite the presence there. Whether it be phone car chargers, or headphones, you can expect to get something functional for a great price. The Groov-e Ultra is no exception to that marketing regime, however is there a limit to just how budget a product can be?

The manufacturer provided the Groov-e Ultra free of charge in exchange for a full and fair review. Groov-e have no input as to the content within this article and have not had prior visibility of the article. The Groov-e Ultra was reviewed over a 2 week period connected to a Vivo X51 5G Android smartphone. 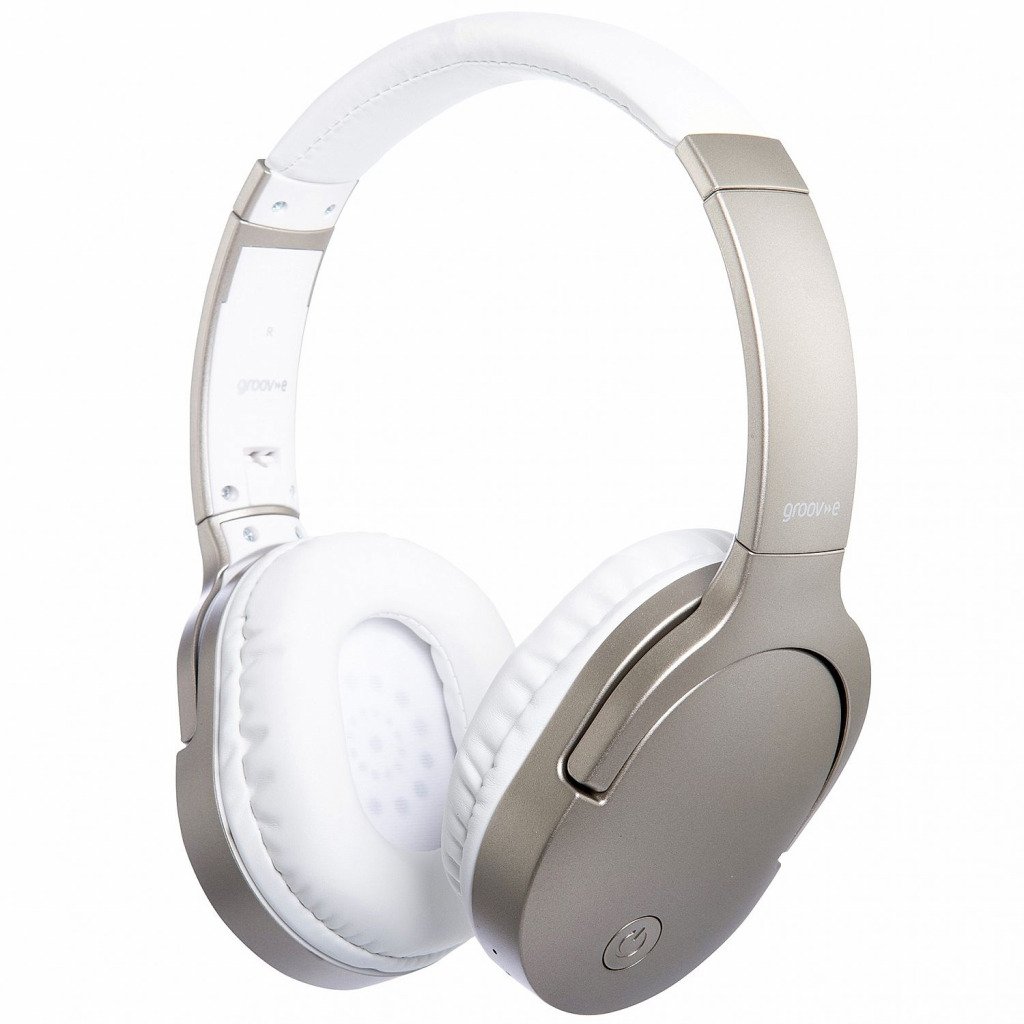 At £35 you can’t expect much from an unboxing perspective, but there’s nothing missing here. A 3.5mm to 3.5mm audio jack in case the juice runs out, and a Micro-USB charging cable are included. Additionally, you get a quick start guide, but it’s rather self-explanatory.

Available in two colours, Gold and Black, the Groov-e Ultra is a very basic looking and feeling device. Cheap, thin feeling plastic is used throughout, save for the PU ear cushions. The ear cups have a 90-degree rotation, with a 45-degree pivot for some flexibility, and the left ear cup holds all the functions. The power button is on the outer ear cup, with the bottom edge housing a 3.5mm audio jack, charging port, LED, pinhole microphone and volume rocker. 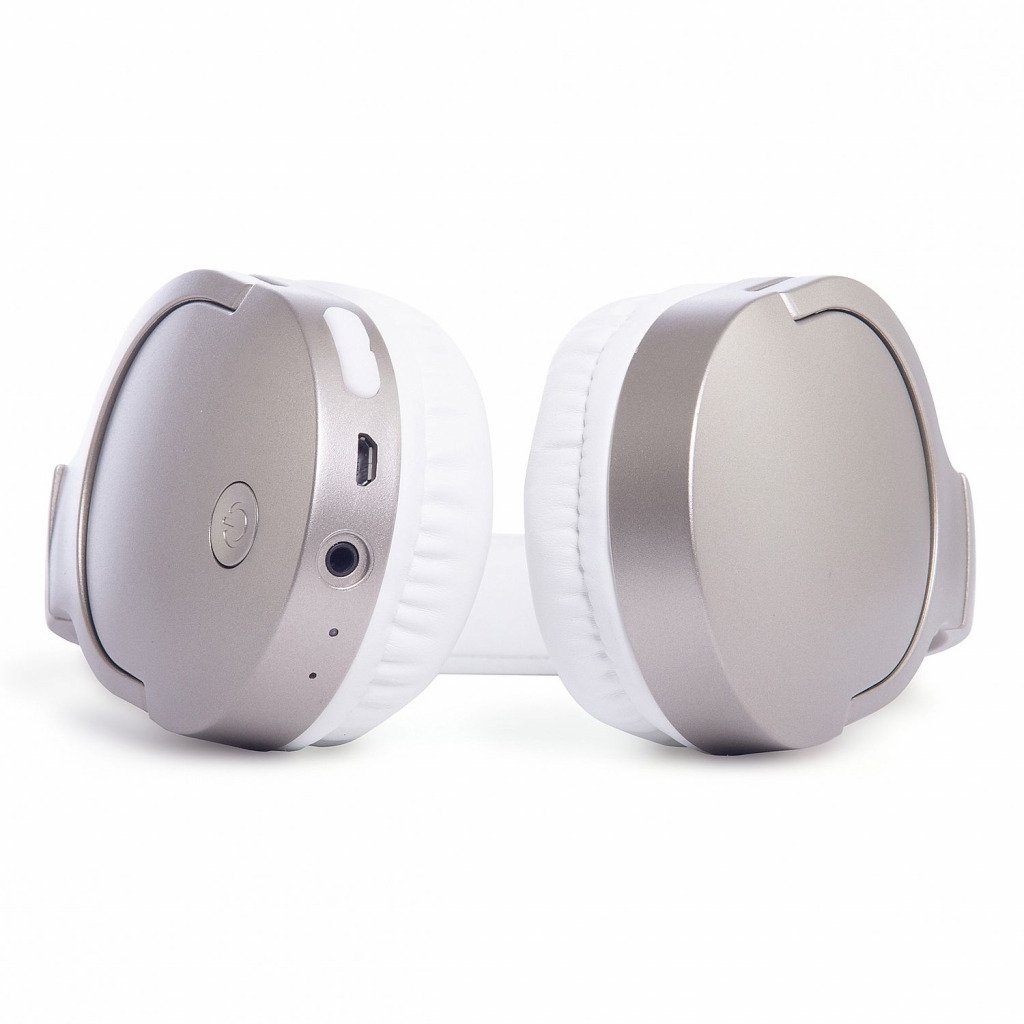 Let’s not beat around the bush here, there’s are not great, but let’s start with the pseudo-positives. The ear cups have some nice cushioning which didn’t impact longer listening sessions during testing. That’s good. Equally the battery life from the 250mAh battery is great. I never got close to running out of juice as it’s rated for 30-hours of use.

Voice calling is okay here with recipients able to hear me, but barely. I could hear them too as the ear cushions were surprisingly good at noise isolation despite there being no active noise cancellation. Another nice feature here is the wireless charging included. The charging coil is in the left ear cup and just needs to be settled on the wireless charging pad. Be warned, your mileage may vary here though as of the 4 charging pads I’ve tested with the Groov-e Ultra, only 2 worked, and they were all Qi pads. Strange, but true.

There we go, that’s about enough of the positives. The rest is just, bad. Let’s start with the less egregious issues, namely the cushioning. It is a very cheap feeling material, and whilst comfortable over a short period, sweat build-up and ear fatigue are soon to become your nemeses. The cups do have some movement which at least gives you a bit of joy, to begin with.

The buttons are awful; plastic or rubberised depending on the power button or volume rocker, it makes no difference. They have a harsh click or a mushy feeling respectively and the power button feels like it’s entering your ear when pressed.

Bass Is Your Friend

Aside from the build, audio quality is a mixed bag. I paired these with a Huawei Android device and a Vivo Android device and Vivo gave heavy distortion, so much so that I thought they were faulty. A replacement pair of headphones presented the same pain, but they worked fine both via 3.5mm jack (helpfully included but without an adapter) and via Bluetooth on the Huawei.

By fine, I mean they were muddy and muffled. There is very little high end here, and mids are basically lows. It is obvious that this is a bass-centric pair of headphones, and indeed Groov-e even calls this out on their packaging. This is definitely a throwback to the early 2010’s when most headphones at a sub-£50 price point were utter pants. The only saving grace here is that the low-end is actually quite clear and rumbling.

Don’t buy these unless you have next to zero budget. These might be decent in a pinch, but the lack of anything approaching decent audio, poor build quality and microUSB charging port will make you sigh if you’re used to the finer things.

That said, at £35, and as a backup pair of headphones, or for people who don’t care for treble in any form, these might be a worthwhile option. Then again, they really shouldn’t be. There are plenty of headphones for £35 which beat these out, albeit they might not come with wireless charging. Shop around.