I personally use a PAYG SIM on Three because I have internet access at home, college and at work, so it’s only the commute where I would need internet access but I usually listen to music, podcasts or watch shows from Amazon Prime most of the time. But when I went away on holiday, I was stuck with horrendous hotel Wi-Fi which only allowed me to connect 2 devices so I was often left unconnected on many devices and the devices that were connected, the speed was about 0.5MB/s at the best of times so I was looking for an alternative. I came across the GlocalMe G2 and it seemed like a great device to use as it combined a 6000Mah power bank, a portable Wi-Fi hotspot and a ‘phone’ with 2 SIM card slots. This allows you to connect 5 devices to it which means I can connect all my devices without having to worry about disconnecting one to connect another.

I received a test unit with 1GB of data sent from GlocalMe to test out and I was surprised at the resemblance of the device to the iPhone 4 & 4S. Although it is a fair bit chunkier at 20.9mm in thickness which you will be able to tell if it’s in your pocket and those wearing skinny jeans might not be able to even get it out once it has been put in. The glass front and back alongside the metal rails will remind you of the fruity brand’s smartphone. The device charges over Micro USB which is still fairly common nowadays but it will probably be soon phased out due to the introduction of USB C. 6000Mah may sound like a lot but when trying to broadcast a Wi-Fi signal on 4G, you will see the battery dropping fairly quickly. I kept the G2 switched on for about an hour and I lost about 60-70% which was shocking as this claims to have a battery life of 15 hours of use.

But I feel some of this may be due to the fairly poorly connected area I was going through. I usually get either 1 bar or 2 bars of signal on that route as I commute through it on a daily basis on Three. But I did find that when going through other routes with much more consistent and stronger overall signal, the battery did seem to last a lot longer. I would highly recommend checking the signal strength to ensure you can get a strong signal wherever you are planning to go with this because you may be left without internet let alone the promised power bank functionality. I plugged my iPhone 6S to this just to use it as a power bank when it had about 30-40% charge and I got to about 90% so the efficiency isn’t the best. I can’t give an exact charge percentage because this uses a bar graphic to show the amount of charge so it’s more of an estimate.

The buttons are all on the left-hand side sound and feel almost identical to the iPhone 4 and I can verify this because I have 2 at home. The power button sits at the top with a volume up and down button sitting below. I do find this a bit annoying because the volume down button feels too low down to press so the volume buttons should be moved up one and then the power button would be best on the right-hand side but probably this could be incorporated into the next iteration. The back of the device also resembles the iPhones back with FCC markings and other information and the GlocalMe Logo up at the top. The top houses the loudspeaker which I didn’t get to test out because it will only work when you insert a SIM card into the 2 slots available.

The device has a skinned version of Android and this is shown by the Android splash screen when you turn the device on. Then the G2 will take around 1 minute to switch on and will automatically login to your account. The home screen shows your data remaining, alongside the SIM manager, hotspot settings, and a miscellaneous settings option which includes setting such as upgrading the software, changing the language and input settings, about the device information and a QR code to link this to the smartphone app.

You can buy data from your smartphone or from the website which means you will require an internet connection in order to buy more data which is a bit counter-intuitive as you may suddenly run out of data and then not be able to access the app or the website to buy more data. Maybe there should be an option to get an emergency 20MB of data that will be deducted from your next top-up. The device supports over 100 countries and further information is available on their website about which countries are supported. There is a flat rate of €0.05/MB so if you top-up €20 then you will receive 400MB of data which means to get 1GB of data you will have to spend €50 which a fairly hefty bill considering you could probably get 1GB of data for only a couple of pounds wherever you go. But I guess that price isn’t the objective here, its more convenience because if you are somebody who travels a lot then you probably won’t have time to go to a store and then get a SIM card and then take your normal SIM card out and swap it and then if your device isn’t unlocked then you will probably have to unlock it and this just keeps adding on and means you are away from an internet connection and if you rely on it to run your business then this would work well. The device costs $155 and you can buy this in the UK but as of the time of writing this review, the G2 was unavailable at the UK Amazon site which was its only supplier so I am not quite sure where you would buy this but maybe the device will be back in stock in a while. The U2 version which is a much simpler version of the device is available on Indiegogo and many of the cheaper packages have sold out and they have smashed their initial goal by over 660%.

The main thing I had an issue was with the battery, there is a 6000mAh cell inside this but the efficiency was not great. I kept the G2 switched on for about an hour and I lost about 60-70% which was shocking as this claims to have a battery life of 15 hours of use. But I feel some of this may be due to the fairly poor connected area I was going through. I usually get either 1 bar or 2 bars of signal on that route as I commute through it on a daily basis on Three. But I did find that when going through other routes with much more consistent and stronger overall signal, the battery did seem to last a lot longer. I would highly recommend checking the signal strength to ensure you can get a strong signal wherever you are planning to go with this because you may be left without internet, let alone the promised power bank functionality. Overall I think it’s a cool idea, but I think there may be some way to go in improving the overall functionality of the product because I feel like with some improvements to the form factor and overall efficiency, you can get a much better product which is already what GlocalMe have done so I will commend them for correcting their own mistakes, but I find it incredibly high to recommend this at its current high price for the device and the data. 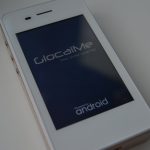