I had heard about Doogee phones in the past but never got the opportunity to test one out, until now. When the Doogee X5 was available to review, I had to take a look. Here’s my thoughts. The box was incredibly compact with the Doogee logo and X5 written on the top. Round on one side there was the IMEI numbers which there are 4 copies of with 2 IMEI numbers written on each sticker as this is a dual SIM phone. On the bottom, there are some basic specs about the phone alongside the trademark information.

Let’s get the specs out the way first:

Inside the X5’s box, you get the phone inside a small plastic wallet, a replacement back, a hard shell clear case, a micro USB cable and a quick start guide. This means you will have to supply your own headphones but the Doogee branded power adapter is provided outside the box.

You will need to first remove the tape from the connection points of the battery. Then insert your SIM card(s) and micro SD card. The phone will automatically boot into Android rather than going through the setup process which may be annoying as some people may have never used the OS before and will have to go into the individual settings to complete all the initial setup options. To login to your Google account, you will have to open something like Gmail, the Play Store or Chrome or login within the settings. This does mean if you need to use the phone urgently then you are quickly able to do so but it does mean you will have to manually find all the settings and configure your phone properly. Looking around the phone, on the front of the phone you have the capacitive home, back and menu button whilst the top has the earpiece, camera, and other sensors. The bottom has the microphone and mono speaker on the left. On the right-hand side, there is the power button and volume rocker. The left side is completely plain whilst the top has micro USB port and headphone jack. This is a bit of a shame as I always prefer the ports to be on the bottom especially since there is a large gap free at the bottom. There is a large gap between the top glass and the screen inside which is noticeable if you are looking at it from any angle apart from directly at it. Whilst this doesn’t affect the digitiser in any way, the colours become washed out from even 20 degrees out. The viewing angles to about 130 degrees are good but after that due to the gap in the screen the screen has a reflection so you can see double of everything for some sections of the screen.

The phone is running Android 5.1 which is ancient at this point as we are currently now seeing Android 7.1 phones coming out soon. The software is skinned fairly heavily with a custom icon pack, however, I have not seen that this is slowing the system down at all unlike TouchWiz from our dear friends over at Samsung. Obviously, it’s Android so you could skin it with a custom launcher such as Nova Launcher or the Google Now Launcher to give it that more authentic look.

There is some screen bleeding when looking at the phone from the side due to a fairly big gap of about 1mm. The responsiveness of the display and the sensitivity is also fairly high and I never had the phone not respond to a touch. This also extended to the capacitive buttons on the bottom which are using the old Android icons as it has the menu, home, and back buttons. Lets get benchmarks out of the way firstly. I got a Antutu score of 24073, single core Geekbench score of 423 and multi-core of 1154. This does mean the X5 does seem fairly low powered considering the iPhone 7 Plus exceeds over 172400 with its Antutu score but the price per point is actual lower on the Doogee so it’s a much better value. The free case is good especially since budget smartphones like this often don’t receive much support from the accessories market. The replacement back is also beneficial as the back is white in colour so if you crack the back or get it dirty then it will be harder to mask so a replacement back is good news.

The battery life was incredibly good with me being able to get through most of the day on a single charge. But this kind of performance was kind of expected considering an incredibly low powered processor and only a 720P display so the phone isn’t really a powerhouse so the 2400mAh battery. Charging times were fairly slow with the phone taking exactly 4 hours to fully charge on a 1A charger but if you use a faster 2.1A charger it’s about 2.5 hours. This is incredibly slow especially for a fairly small capacity battery in a world of Dash Charging from OnePlus 5 in which you can have a full battery in just 1 hour and 20 minutes.

Camera’s are fairly shoddy but for snapchat and the occasional photo in good light, it will do. Both of the cameras suffer from under saturation with the front facing one being the worst offender. I don’t really want to talk about them too much and would rather just include some sample shots to show how they really look.

Overall the phone does incredibly well even with its fairly low-powered specs and 8 years these specs would’ve been seen as those fit for a flagship.I would even class this as a throwaway phone that you could take with you to a festival or on a night out because you are going to spend less than 1/12 of most flagships so the stress is reduced even if something does happen to it. 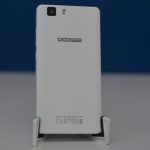