As somebody who actually delivers a number of presentations to customers and internal colleagues alike (more the former than the latter to be fair) whenever I get the chance to couple work with some new tech I jump at the chance. I’ve used the dodocool Wireless Presenter for a few weeks now on and off, and I can state unequivocally it delivers at a cracking price point.

First off – who wants some money off?!?  Right, use the code: GG8Y62DD on Amazon UK and you’ll get some precious cash taken off! Thanks dodocool! 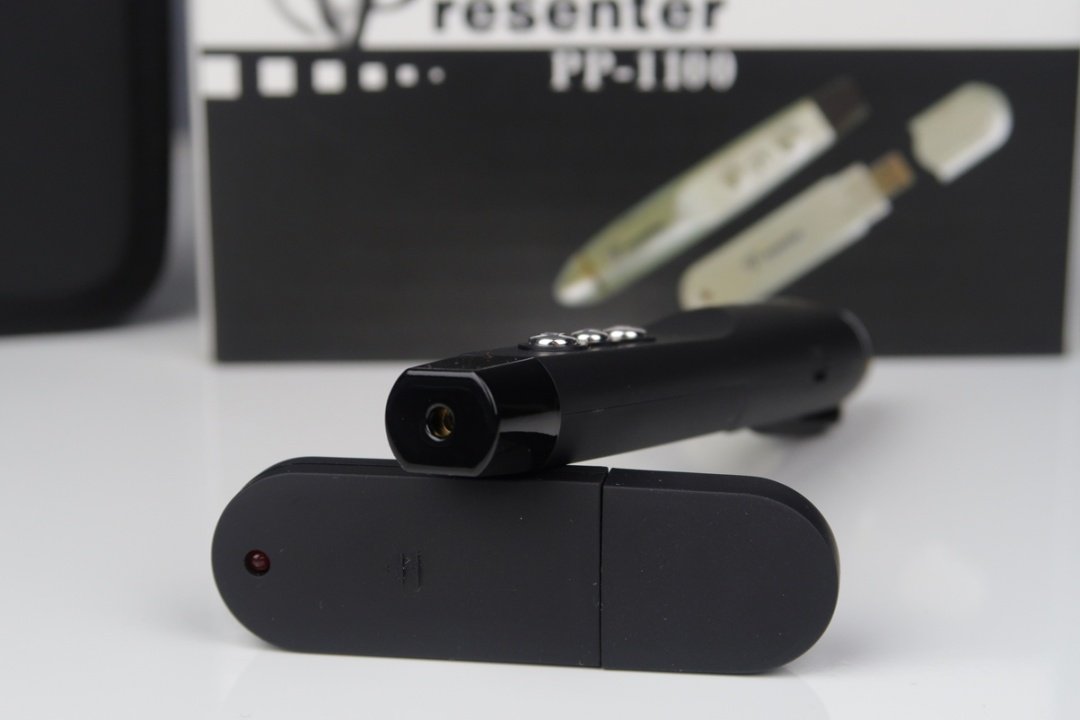 Let’s start with what comes in the rather spartan packaging. The small box, once opened, reveals a carry pouch within which the dodocool portable presenter is docked, along with the companion receiver. There’s also a manual which actually helped me out a bit; I thought there was flash memory in the USB too!

Using the device is absolutely foolproof. Trust me. Plug in the USB to a Mac or PC, and let it do its thing. Once “recognised” you can navigate Powerpoint presentations (or any presentations that use a Page Up/Down command structure) and even scroll down websites with the presenter. No no special software, no hassle. It just works. 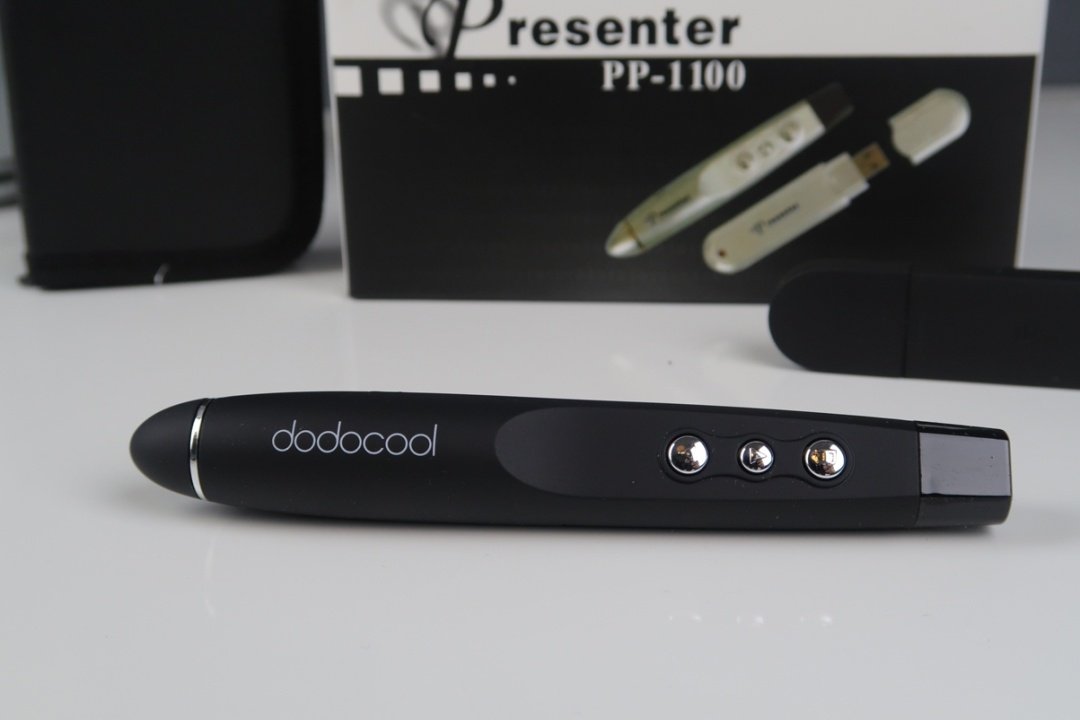 The dodocool portable presenter is constructed of cheap feeling plastic, but has been quite sturdy during my use. Across the main part of the device there’s some light dodocool branding, along with three buttons which control forward and reverse slide transitions, as well as a presenter button which controls the red LED. The LED can travel about 7-8 metres and still be bright enough for delegates to see a board. This is great as the receiver is good for 15 metres so well within tolerance there.

The presenter part takes a single AAA batter which sadly is not included, but seems to last an absolute age. 2 weeks of some playing around and around 15 presentations (let’s say around 2-3 hours of use during that) and I’m still no closer to seeing this device run dry. 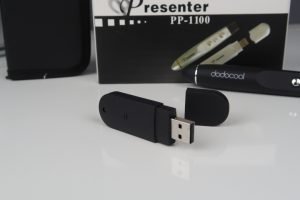 The receiver is a little large. It’s the size of what used to be regular USB sticks before people decided thumb drives were even more portable. I’d have liked to have seen something akin to the receiver a lot of Bluetooth mice get today. That said, if you’re a trainer in a location that uses a desktop based PC, this won’t be a hassle at all. It’s just when connecting to a laptop in front of customers – it doesn’t look the nicest.

Having said that, it performs great. Good battery, brilliant portability, nice ergonomics on the presenter (with an included pen clip too) as well as a bright, strong LED pointer. Granted many people won’t need something like this and yes, it is a little old school, but many professionals still have a requirement for such a device, and at just £10.99, it’s a bargain, for me at least.

If you have no professional need for this device, fear not; you can have hours of fun playing with your cats instead! 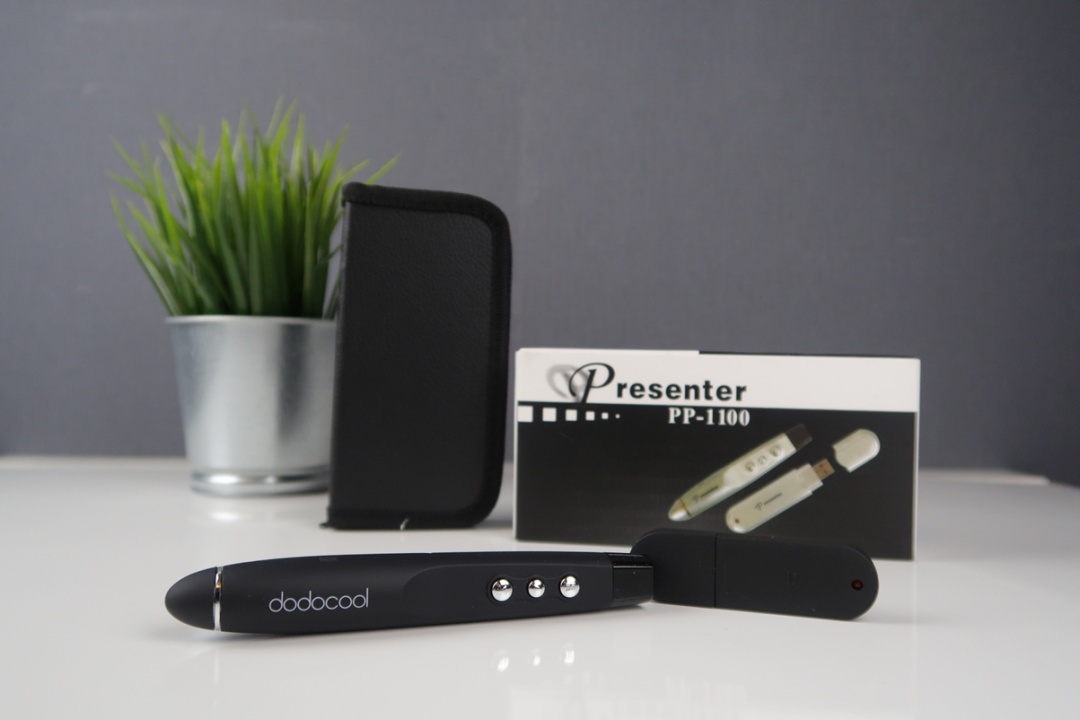