I don’t often look at devices that are platform-centric, but in dodocool’s case I’ll make an exception. This slim dodocool 10000mAh charger is built specifically for iOS devices thanks to the Apple MFI certified Lightning cable. If you’re not a fully paid up member of the Apple Master Race however there’s still light at the end of their MFi tunnel. Let’s take a look.

Our good friends at dodocool have given you fine folk a discount – use the code FRJY2DHE at checkout on Amazon to save some cash! 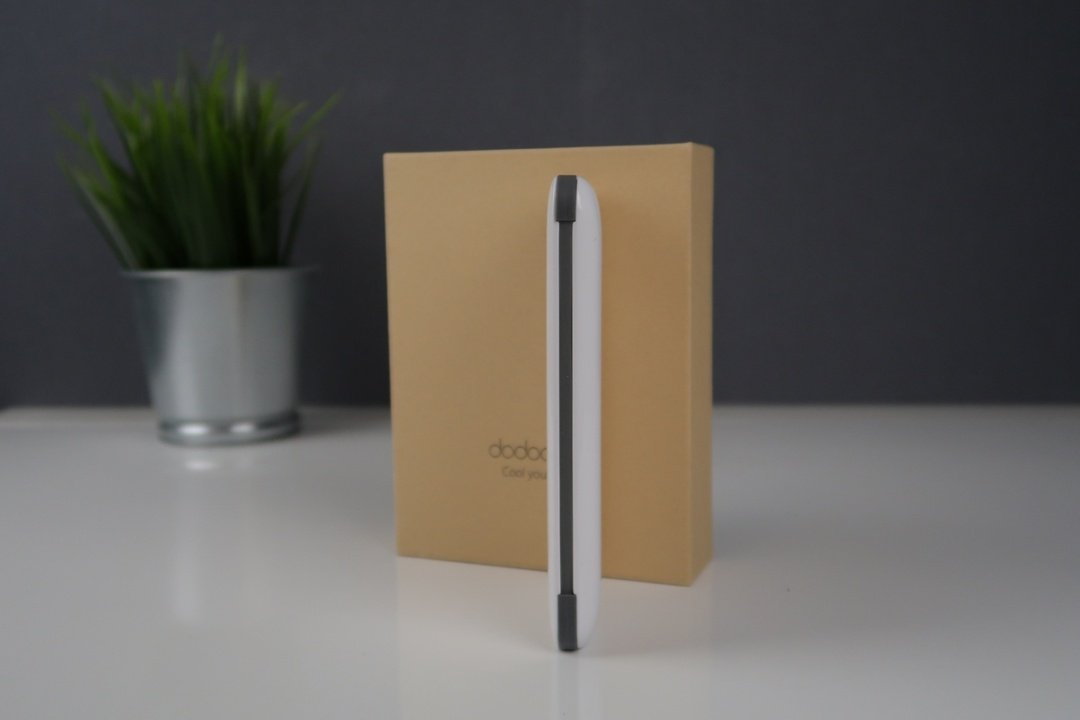 Here’s what we get in the box which is thankfully quite small. None of this “Amazon packaging” here, just a box that fits what’s inside it and no more.

Yes, you read that right, a microUSB to USB cable is included in the box also. So whilst this unit is indeed aimed at Apple enthusiasts it’s not strictly for those devices – it can be used with the almost legacy microUSB platform too. Neat (although a USB Type-C adapter would have been swell).

The unit we have is the glossy white version and it’s just incredibly thin for a device packing 10000 mAh of juice. The only unit I’ve seen thinner than this at this size is from the chaps at Power Theory.

Glossy white plastic coats the entire product with the front displaying a small bit of branding and some LED notification lights, the rear having certification information, the left having a power button, and the bottom and right hand side containing the fun bits and pieces. On the bottom is a second USB Type A port along with a microUSB input for charging up the device. On the right side of the unit is the integrated USB Type A port within which sits a detachable cable with a Lightning termination at the other end which fits snugly into the top right hand edge of the device. 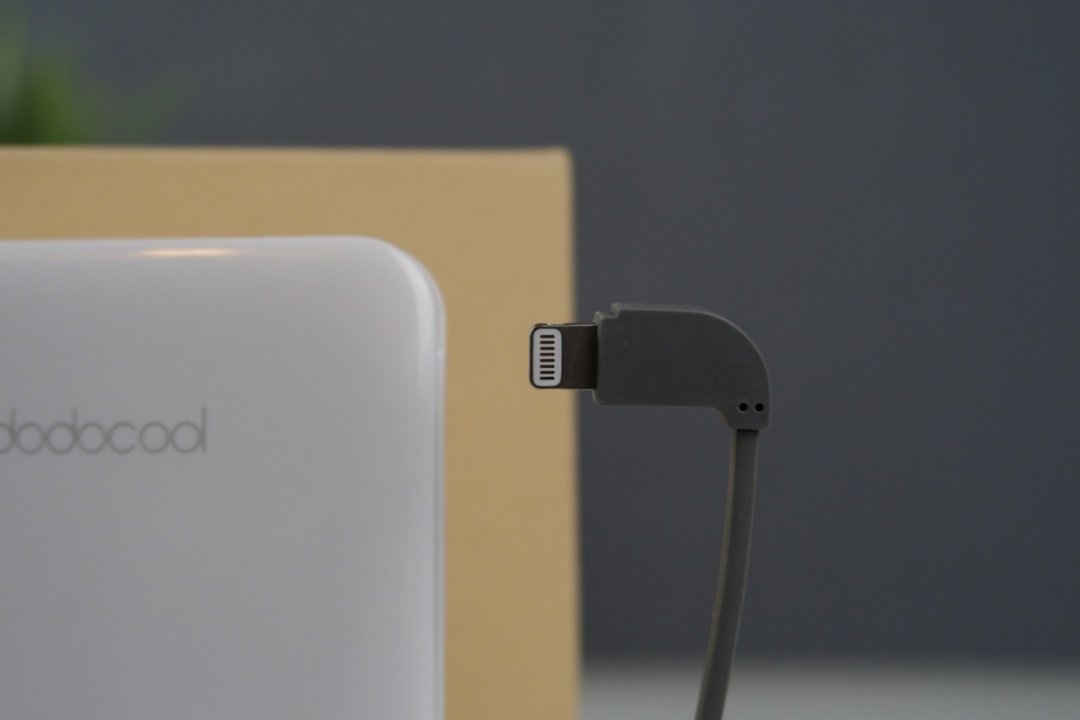 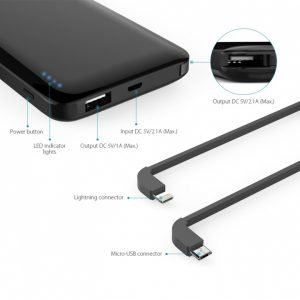 The above does highlight a particular weird design choice. The USB Output 2 is the integrated port that will be used 90% of the time for convenience with the docked cable. That port can only output at 1A which negates it being anything other than a trickle feed option for devices. A minor issue, but one to be aware of in any case. It’s not like you can just remove the docked cable and use your own cable as the design inhibits other cables accessing the port unless they are ultra-low profile.

In what has thankfully become ubiquitous in the power bank market, this dodocool 10000mAh battery bank also has some power saving functionality to turn itself off within 30 seconds if no connection is made to the unit. This might sound trivial but it’s something that hasn’t always been a mainstay for these devices.

We managed to get around 82% efficiency out of this device, delivering 2 full charges of my OnePlus 5 (I’m not a paid up member of the Apple Master Race it seems…) with a final OP5 charge up to 40%. Not too shabby. It charged relatively speedily also if using the 2.1A output.

Charging the device back up actually took some time; 5 hours to be precise which is slightly shorter than dodocool themselves suggest. The sooner these thin and light devices integrate fast charging technology both output and input the better. 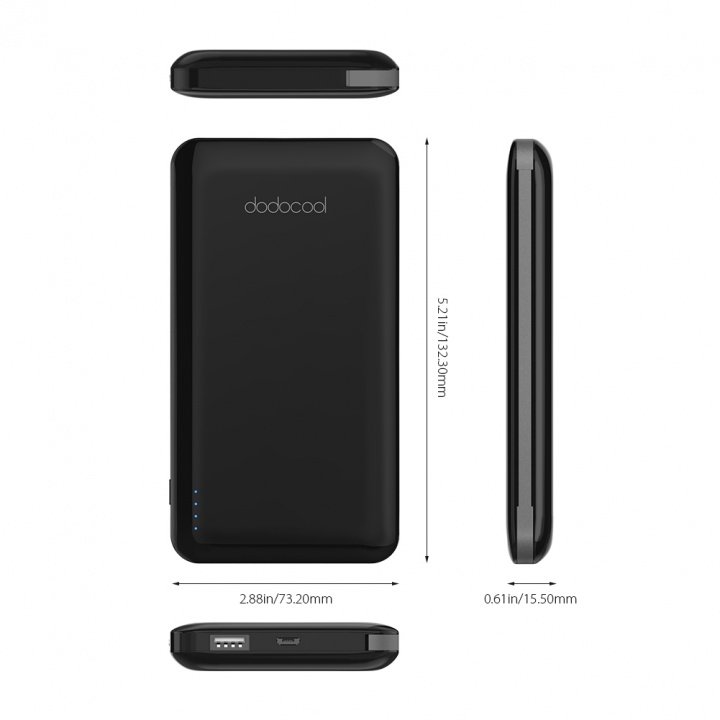 If you’re after something thin, light, and with an MFi certified Lightning cable, then give this a shot. For the £19.99 you’ll be paying this is great value. Aesthetically it’s not the most beautiful thing but you perhaps don’t look for that so much in a device such as this.

The 1A output on USB port 2 is annoying as all hell, but for me, I generally use power banks when I’m in a pinch and need to top up, so it worked just fine for my needs. Stick a USB to USB Type C adapter in there and I’d be even happier! 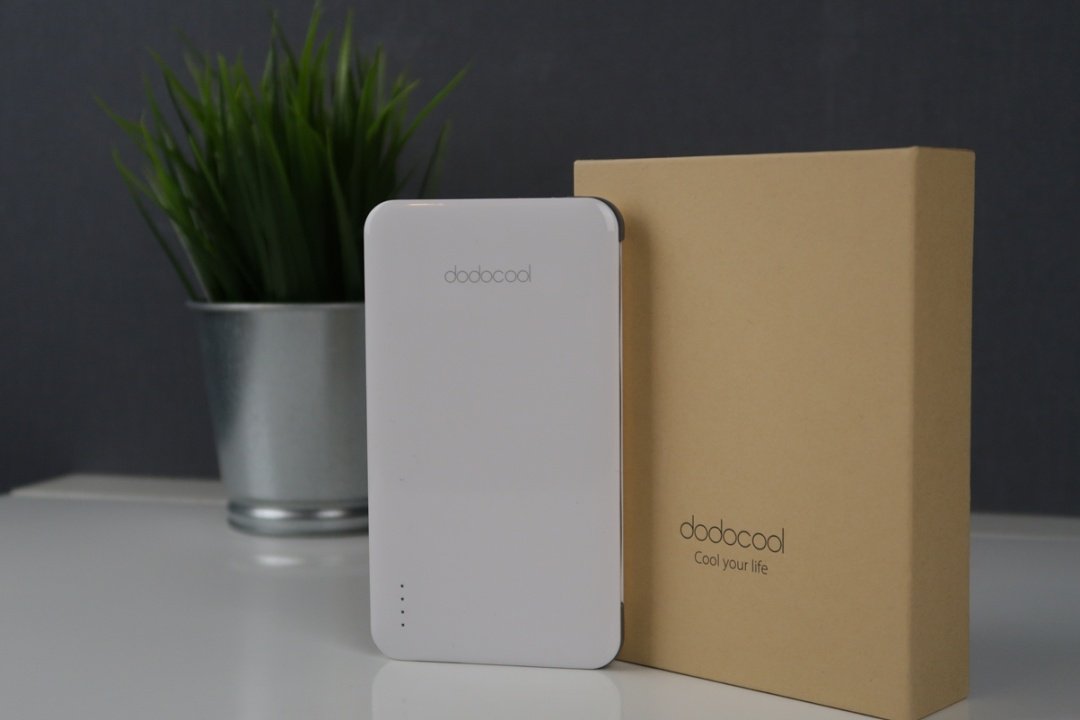