Cases, much like smartphones, cater to different demographics dependent on your use cases. From minimalist to big and bulky and everything in between, there is more than likely a case option for you when it comes to the stage of purchasing a new device and how you protect it.

Fonesalesman are a relatively ‘hidden gem’ of a company if you think about it — when you hear the name, the majority of people will have never heard of them, but you’ve more than likely seen their products. They are well known for bringing Qi wireless charging technology to iPhones, which was relatively unheard of at the time as the technology was just about to hit its peak popularity. What this module did is plug into your iPhone’s Lightning Port, stick it to the back of your device, and you’re away; this would mean that you would need to provide your wireless charging pad, of course. Having that module added to the convenience factor of charging. While iPhone users from the iPhone 5 upwards weren’t all too phased by convenience due to its reversible Lightning Connector, a fair few users of the products wanted a somewhat easier experience of charging their smartphone, and it doesn’t get much easier than wireless charging.

The UK-based company are back at it again, with refinement and longevity in its cross-hairs. The iQi PWRcase is a traveller’s dream – with an inbuilt 1100mAh battery and their traditional wireless charging module also built into the case. It’s worth noting that this case is only available for the iPhone 6 & 6s presently, with no plans for a 6/s Plus case on the horizon.

I was kindly sent on the iQi PWRcase for review from the people over at Fonesalesman so that I can put it through its paces. Does it add an extra shade of convenience to your lifestyle, or is it more of displeasure? Let’s find out.

Regarding aesthetics of the iQi PWRcase, it won’t win any awards for its looks, but it’s not intended to be the beauty of the ball. This case, for lack of a better term, is for those moments where you’re in dire need of some extra battery power to see you through to the end of the day, with the bonus of having wireless charging at your disposal, too. The case is constructed of plastic, with the sides having a soft rubber feel to it, which for my taste cheapens the experience of holding the device in-hand. The cutouts for the headphone jack, camera sensor and mute button are perfectly aligned with no issues or discomfort trying to navigate the buttons. Since this has the wireless charging module built-in, the opportunity to use your Lightning Cable for charging doesn’t apply here, as the port will be taken up by the case and in turn provides the ability to charge your phone and the case’s internal battery via Micro-USB. One qualm I have with the cutouts is mainly to do with the headphone jack cutout. Inserting your standard Apple Earbuds can become a strenuous task when it comes to removing them, as you can’t get a firm enough grip on the bottom of the buds to remove it, forcing you to remove them via the main rubber cable which could lead to exposing the earbuds’ internals. Upon handling the case while the device is inserted, you don’t ever feel the need to worry about dropping it and your device being at risk, as the quality of the build can only be described as robust and thanks to the rubber edges, very comfortable to hold.

Around the back of the case, you will notice an almost-hidden button near the bottom with 2 LEDs surrounding it; this is for the internal 1550mAh battery and the LEDs indicate how much charge the battery has left. If you want to charge your phone via the battery, hold the button in, and the case will do the rest of the work for you. Inserting your phone into the case is a very smooth experience, so long as you insert it via the Lightning Port first. To remove it from the case, I found the easiest method of doing this was to peel the top rubber edges of the case back, exposing part of the device to gain enough traction to remove it entirely. I would recommend from that position to pull in an upwards motion so you don’t damage your lightning connector in the process.

I have been a huge endorser of wireless charging since its mainstream incarnation into the Nexus line of devices from Google. The sheer fact that you can just place your device on a Qi wireless charging mat, leave it to charge and come back to it at 100% fully charged is something I could get behind, and the standard has grown exponentially over the years it has been in smartphones. Unfortunately, convenience is not the case with the iQi PWRcase; I’d say it’s more of an inconvenience. The first issue you will come across is one major flaw that made Qi wireless charging so great in the first place: Placing your device on the mat in any position and it charges. With the PWRcase, you have to be specific regarding where you put the iPhone for it to charge correctly. There have been multiple occasions where I set the device on the mat to charge overnight, wake up and the phone be at the same battery percentage I left it at in the first place. Pinpointing the position of the coil to the ones matching up into your charging pad of choice also isn’t an easy feat, so you have to be accurate each time you want to charge the device. Half the time I just ended up charging it via USB, negating the fact that wireless charging is even featured in this case. Luckily, if you do end up putting the phone in the wrong position on your wireless charging dock, a little ‘beep’ noise from the case makes itself known to advise you that it wasn’t recognized.
To be constructive: Much like the myriad of wireless charging cases for the iPhones out there, add more than one wireless charging coil so you have more surface area to play with and more chance of getting a consistent charge out of it.

When it does manage to charge for more than 10 minutes, the phone warms up to almost unbearable temperatures. This is something that the Nexus 4 had when charging it wirelessly, but again, it was charging from somewhere between 30-40% battery to its full 100%, so it’s expected to get a little warm.

Another thing that I have noticed during my time with the case is the fact when it does wirelessly charge; it doesn’t charge the phone up straight away. It charges the internal battery, then goes on to charge the device. This becomes quite troublesome when you want to get a quick charge in before heading out for the evening.

Charging over Micro-USB has presented no issues as far as I can see. The internal battery charges fairly quickly (1-2 hours from 0%), and charging the phone itself – depending on your power source – is the same as the standard Lightning Cable charging procedure.

Putting aside the multiple issues presenting themselves from the wireless charging segment, and the internal battery is very good and does exactly what it is intended to do. I found myself using the included battery more than a handful of times during my short time with the case, and the implementation of the charging is as simple as holding the little button on the back of the device.

From my testing, it charges up to 35-45% from all four LEDs lit up (meaning fully charged), depending on your usage of the device while it’s charging, of course. Due to Apple’s hardware limitations, it’s going to be difficult fully implementing a sound technology like Qi into an iPhone. Fonesalesman is a company that excelled in providing great implementations of the well-acquainted technology for Apple users, but for their latest version, it appears to miss the mark by quite a margin. I ended up having quite a frustrating time when it came to charging it overnight when using the wireless function. No matter how many charging docks I tried, it would manage to move magically where the coil is positioned and stop charging altogether, meaning I would have to use the internal battery a lot more than I would like to.

The point is: wireless charging is there for the convenience. You don’t have to fiddle around with plugging a cable in, and the simplest thing of all is that it takes drastically less effort. With the PWRcase, it makes you miss using a consistent charging source much like the stock Lightning Cable option does. Sure, it means having to put a couple more seconds of effort into finding a cable and plugging it in, but you know for a fact when you wake up in the morning your phone will be fully charged with no interruptions.

If the case had no wireless charging options and were just a battery case, then I’d highly recommend it. It’s easy to use, very robust in its design and adds minimal bulk to your overall device experience. But since Qi wireless charging is its unique selling point, I would have to say that this case probably isn’t worth buying for the money they’re asking for it. 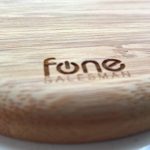