We’re going to take a look at a piece of kit that can help road warriors stay powered up during their travels. The Bestek 300W Power Inverter is in the house and this is my review.

Thanks to BESTEK for the sample. 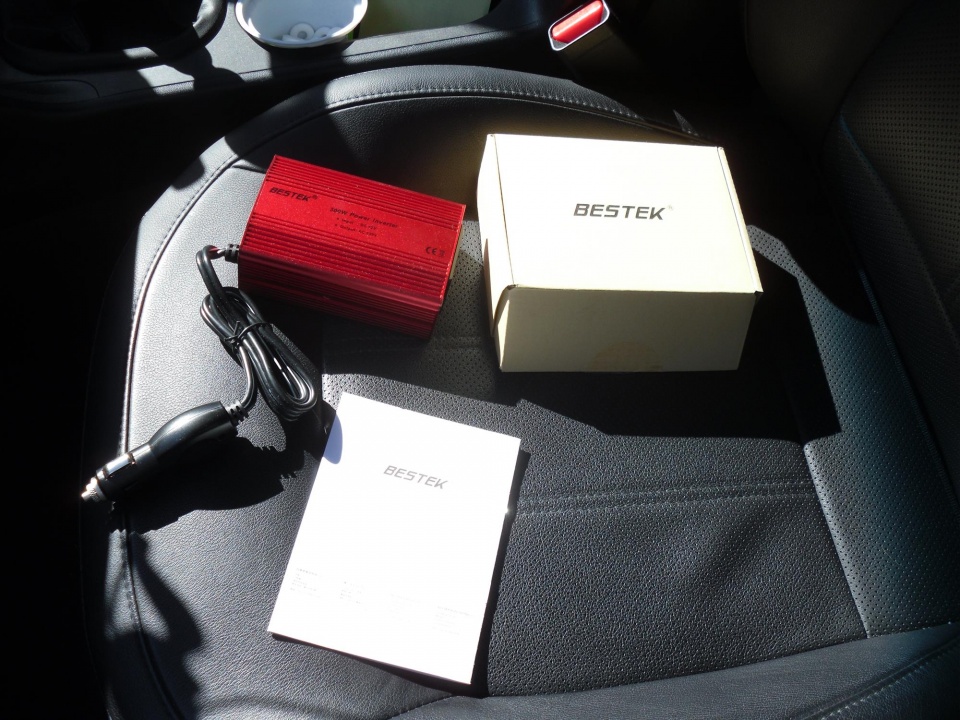 Well this is a little bit of a departure for me, I don’t normally do car things but this, this a bit different too.  It’s about turning a car into an office on wheels.  You see the power inverter bit means taking a car power socket and turning it into a real plug, like at home.  Why don’t cars all have this built in?

So, the thing is a bit of a chunky beast, heavy but not as heavy as I feared it could be.  I think it’s all aluminium rather than steel, yet it’s a very solid lump.  Actually, its edges could do with being a little rounded as its going to mostly deep in the passenger foot well where you can easily bump your feet. 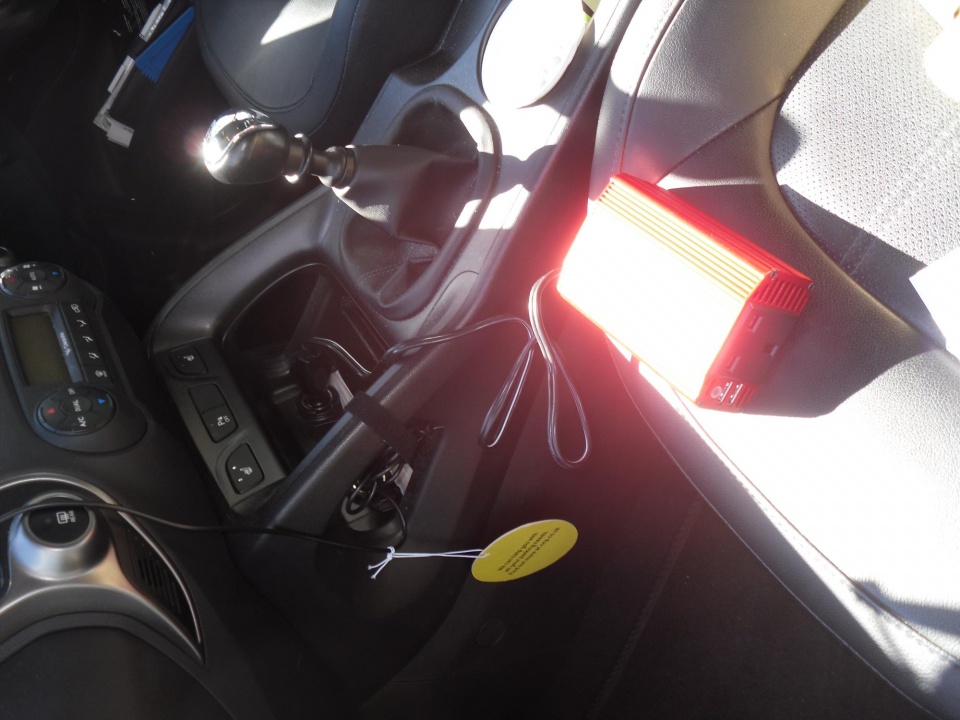 The thing is, functional.  It’s not ugly or anything and that red is useful as you can spot it easily in a dark foot well but….. well it’s a bit meh visually.  Not ugly, not particularly attractive, functional. 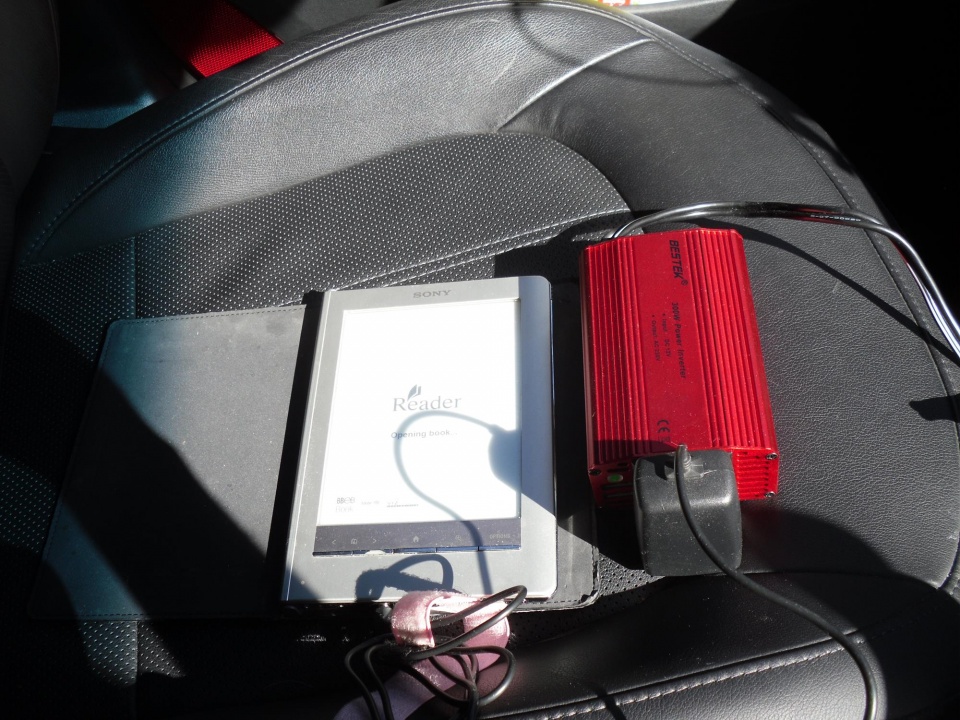 Well, where its looks were meh, here it starts to shine.  It’s got 2 USB sockets on the front as a bonus but the real star is that big plug socket on the front.  It is the point of this device, it is why you buy it.  Now it’s not entirely like the ones you have at home as at home you can plug in massively power-hungry things here you are limited to 300W.  so that means, no plugging in a hair dryer or kettle but…….. it does mean you can plug in your laptop.  Yes if there is one things that I feel this was designed for, it is your laptop.  You can get little car fridges, car air pumps etc etc.  but you know I don’t ever recall seeing car laptop chargers.   Why is that?

Now not being the true road warrior that some others are, yet for me it turned a car into a train.  You know trains now all come with plug sockets to charge your laptop and while you can’t use your laptop if you’re driving but it gives you suddenly can if you’re a passenger.  Similarly, if you are driving from meeting to meeting you can plug the thing in and get it charging. Once having this available it became a, why don’t all cars just have plugs built in???  Sure, the USB sockets are a nice addition but you can get a million USB car charger but a laptop one I have never seen before.  Not just ultra-low power USB-C charging laptops either, proper grown up ones.  Excellent and most handy an ability. 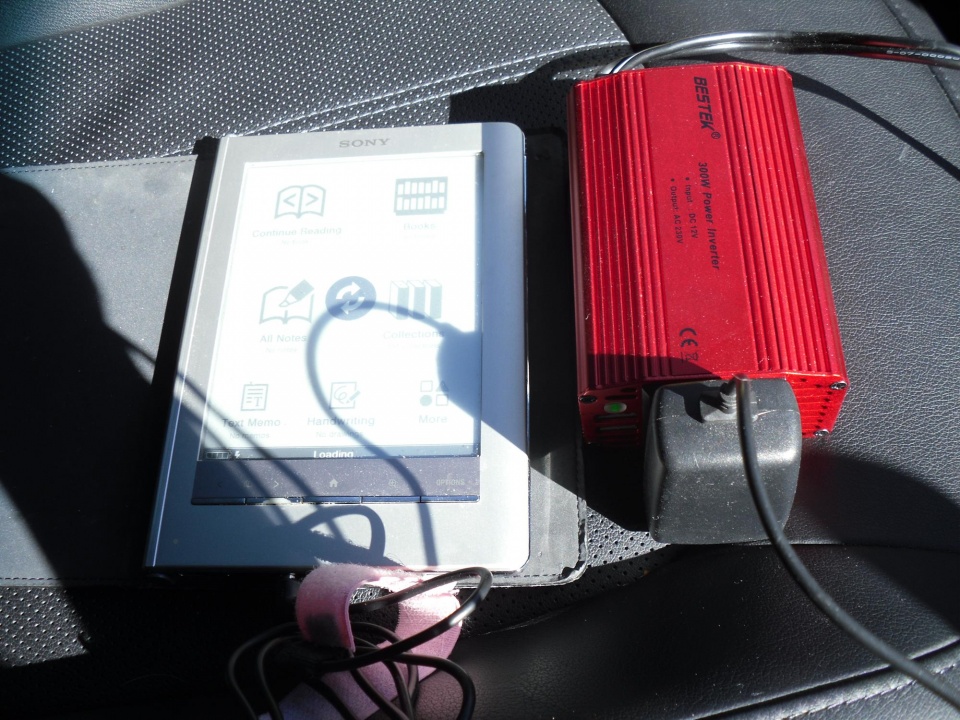 All charger things get warm and the power inverter was no different but with it being all aluminium, it turns the housing into a big heatsink.  So it got a little warm, but that was all.  Mind you if you had lots more being powered id assume it would get even warmer but nothing at all to bother about. 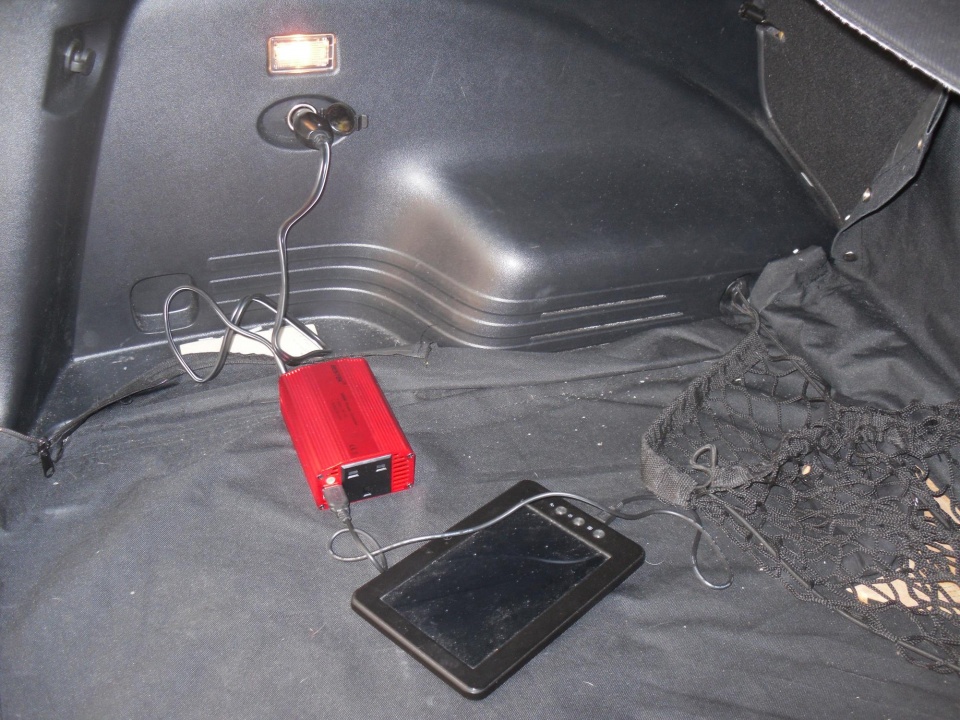 Well, I guess it depends what you want to do with it.  However, at £26 delivered I rather think it’s something anyone who needs their laptop should have in the car.  You may not be needing longer than its battery could last in a day but who hasn’t ever picked up a battery device and realised they haven’t charged it and its now dead?  Everyone has done it, several times and having one of these chucked in the boot you can always whip it out and emergency averted.  It’s the sort of thing you may note need every day or every week but need it once and I’d say you’ve gotten your 20 odd quid’s worth out of it. 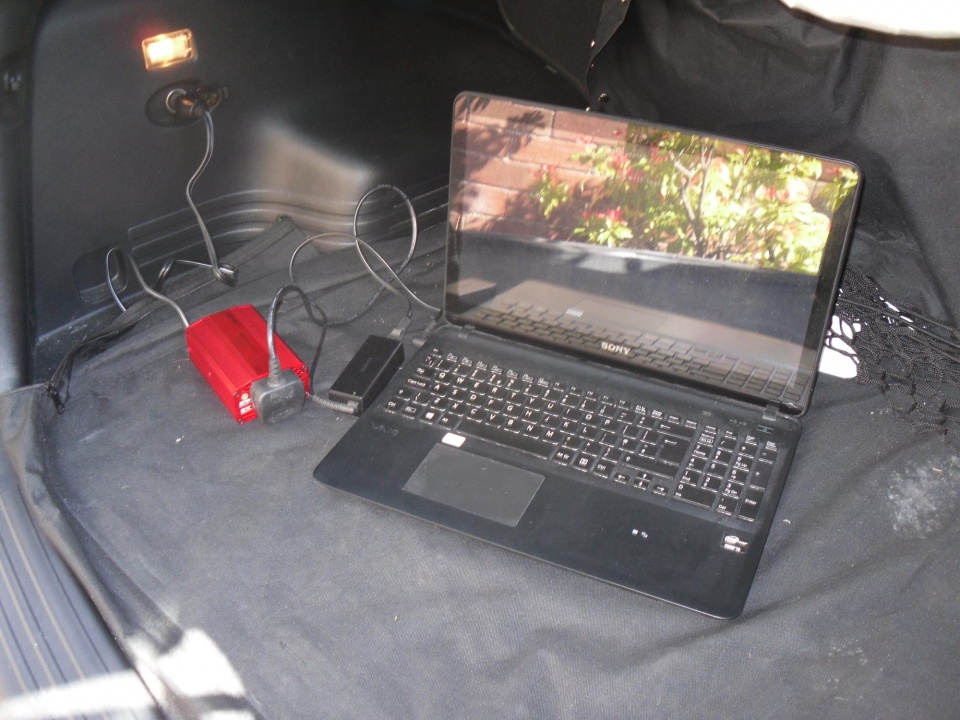 So, it’s a plug socket.  It’s a glorified USB and for me anyway, a laptop charger.  While I wanted it to be more attachable to something but as every car is different it can’t be.  Yet that didn’t really matter.  It once it sat in a corner out of the way was totally unobtrusive despite being bright red.  It is going to be a pretty narrow use case as we generally don’t have a normal plug socket outside of home or the office so we don’t expect there to be.  We plan around there not being one as it’s the normal state oy affairs.  My father, on my asking him what he thought of it described as being like a spare wheel or car jack, something you don’t normally ever really need but something everyone should have in the car as you never know when you might suddenly need it.

It I a device that most wouldn’t use day to day but its price against how much it could save your bacon means now having one, my father has stolen it from me.  It’s become something he has barely used but yet is now something he doesn’t want removed from the car as its potentially such a lifesaver.  For something at 20 odd quid to go from I never thought about needing to, I won’t get in the car without it makes a highly compelling purchase.  Granted it’s not a sexy fun thing to buy but one that acts like a safety net, just in case you need it. 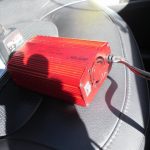