I have previously tested out the Cubot Rainbow so when I was offered the Rainbow 2, I was more than happy to test it out. The outer packaging for the Rainbow 2 was identical to the original.

Inside you have the phone already placed inside a case which is great as you don’t then have to buy one. Underneath the phone, you have the SIM and SD card installation alongside the charging instructions and all this is pretty standard stuff.

Beneath that there is a quick start guide which is fairly comprehensive and includes things such as setting up the home page, taking photos and viewing them from within the gallery and so on.  There is also a compliance regulation pamphlet which I think most people will not be bothered by. At the bottom of the box you have a white micro USB cable and a black Cubot branded USB charger but surprisingly no earphones but then again the first iteration of this didn’t come with a set either. The photos online are a bit deceptive in the fact that I thought the phone had a metal chassis, but obviously, the item has a glossy plastic shell. The back has a lot of FCC markings which I think is unnecessary and making them blend in a bit more would have been better.

When looking at the dual camera setup, the camera on the left is a tad bit larger than the one on the right but the one on the right has a larger cut-out which is probably because it has a smaller aperture so requires more light to compensate. The colour of the back is different to the side and it’s the little details that allow a device to stand out. The chassis has the power button and volume rocker on the right-hand side which is identical to the first generation. The bottom has the speaker on the left grill whilst the right is for the microphone. The top has the micro USB port alongside the headphone jack which is frustrating as I always prefer my ports on the bottom and especially in a world of USB C, I would have liked the phone to have USB C even if the cost was increased by a couple pounds because it would just mean the phone is much more future-proofed. The phone is running Android 7.0 which is amazing considering the price and even some high-end phones aren’t even running this. The security patch is from February 2017 which is a while ago and I would have expected for the phone to have a slightly newer version but I guess many other phones are running security patches from over a year ago so this isn’t too shabby,

From initial impressions I was impressed with the speed and even with the fairly low specs as follows, this sped through Android. The specs inside are 5 inch 720P, 2.5D curved screen, an 8MP camera which is interpolated to 13MP alongside a secondary 2MP camera which is used for depth and bokeh, a 5MP front-facing camera, 1GB RAM and 16GB of storage, a 2350mAh battery and a quad-core Mediatek MT6580A. For one thing, I could test out Asphalt 8 on this unlike the Leagoo Venture 1 which I recently tested out which was good to see. The thing I don’t like about Android is that the phone requires the latest version of things such as the Google Play Services and Google Play Games and I don’t quite understand why all of these aren’t updated automatically when you initially setup the phone.

Asphalt 8 worked incredibly well on this fairly low powered processor on the Cubot Rainbow 2 and only initially did I see a few dropped frames but after that, the game worked flawlessly. I did notice the detail within the game was not as high as I have seen it go on my iPad Air 2 but obviously, the CPU within that is much more powerful. Initially, the game took a while to load which may be a pain so whilst the odd game would be fine so this is definitely not for high-performance gaming but Subway Surfers and Temple Run should well especially since they are not as graphic intensive as Asphalt 8.

The screen is a bit iffy on the Rainbow 2, the 720 resolution looks grainy and I am not quite sure why. This might be down to the panel used or the screen protector over the screen and I have seen this in images taken by other reviewers. The white point is incredibly accurate, I am used to the slightly warmer iPhone’s display but I feel like this display has a much better white point than my iPhone. Therefore, if you need to look at colour accurate images then the Rainbow 2 would be ideal. Speakers are usually tinny on these kinds of smartphones and the Rainbow 2 is really no exception with the going up to about 105 decibels if you are pointing the microphone that is picking up the audio right next to the speaker whilst if the distance is slightly increased you will see an average of about 90 decibels which is not too bad even if the audio quality might not be the best. At the top volume, you will see the phone’s speaker being incredibly tinny but anything under you will see a fairly drastic drop in volume but the audio becomes much more bearable so I would ideally keep this at about 80% to make the most of the built-in speaker on the Rainbow 2

The volume output on the earpiece is fairly loud and I had no issues with taking phone calls even in loud environments and the earpiece’s sound accuracy is fairly high and it seems to be a much better part used than the bottom main speaker. Something I would have liked is for Cubot to allow us to use the earpiece and speaker in a stereo setup just like the iPhone 7 as this would have allowed us to get stereo sound easily and the overall quality of the phone would be much higher. However, I do realise there are limits of such a low-cost smartphone especially if even Samsung hasn’t implemented this function with their new S8 even with its cost being 10x the price of this phone. The battery performance was good with a nonstop video playback score gave me a screen on time of 3 hours 35 minutes with the Antutu battery benchmark ranking it with a score of 4834.

The camera or cameras shall I say, is probably a first on such an affordable smartphone. The secondary camera on this is primary to aid with information for the main camera to help with the bokeh in the camera application. Speaking of which is pretty much the standard Android one which is a shame because I feel like the technology could have been used in such a better way as this secondary 2MP camera could have been used in a much better way to pick up extra depth. At the moment, the functionality that this phone has is identical to something a photo editing app could easily do so I hope that Cubot uses the data from the second camera in a much better way through a software update. So, if you thought this phone was good because you liked the dual camera setup, at the current state, I probably wouldn’t recommend it based on the cameras. The Wi-Fi performance compared to my 6S was a bit odd because I found using the Okla. Speedtest app, the ping was lower on the Rainbow 2 whilst the download sat at almost 40Mb/s lower than my 6S, the upload, however, was 1Mb/s higher which is a good thing so obviously the chipset used inside this is inferior overall, I think it will be fine in terms of the fact that its more than likely your internet connection if you are on anything but Virgin Media in the UK is going to be lower than this speed so I doubt it would be a bottleneck for most people.

The best this phone can do is 3G so if you were looking for a mobile powerhouse in the Cubot Rainbow 2, your probably not going to be looking for this. The speeds were quite paltry with the download being 3.49Mb/s and upload being 0.71Mb/s on the Three network with a ping of 46 Ms. In order to keep a fair test I used an iPhone 7 Plus on the Three network but disabled 4G to get a more accurate representation and got 6.24 Mb/s on the download with 0.31 Mb/s for the upload speed and a ping of 48 Ms so I guess it’s down to the margin of error for the ping and the upload speeds but you will see a fair bit of difference with the 3G micro SIM’s. This means if you only occasionally use data outside or have a limited data level such as 500MB or 1GB this is probably going to be okay. I used Androbench to do some memory benchmarks and this is something I have not previously done but I think it’s an important factor with the recent #MemoryGate on the Samsung Galaxy S8. The sequential read speeds were 67.24MB/s with sequential writes being 11.1MB/s. The read speeds are about 1/6 of the 6S’s whilst the write speeds are about 1/15 of the 6S so you will see a pretty dramatic difference if you are going from an iPhone to the Cubot Rainbow 2 if you do a lot of moving around of files. But I personally didn’t find a huge speed difference apart from when rebooting the phone where I had to give it a minute or two to allow the software to catch up.

So, for the 8MP primary camera on the Cubot Rainbow 2 which is interpolated to 13MP using software, the sensor takes around 1 second to focus and the saturation of the sensor is on the saturated side of the spectrum which does mean it’s not perfectly colour accurate. However, I think it’s perfect for a starter smartphone as its unlikely you will be shooting for any photography competitions with this phone unless you are a master of photo editing. Uploads to Social media will be fine but the phone has good low light performance and in lower light levels you will find the sensor will add a little bit of grain but the actual image will be much brighter so I think it’s a fair trade-off.

The improvements on this are pretty significant as Android 7.0 somewhat future proofs it, however, the updates are not always certain with these budget smartphones and till now I haven’t had any robust software updates. 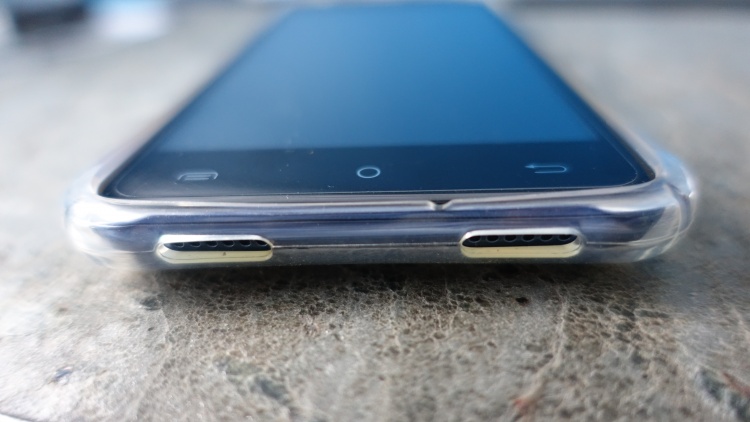