There are some seriously performant Active Noise Cancellation-based headphones on the market. By all accounts, two of the best bang for the buck are options from Bose and Sony. The Cleer FLOW II takes aim at these established big hitters with ANC, a unique industrial design as well as a few hidden premium features.

The Cleer FLOW II were provided free of charge in exchange for a full and fair review. Cleer Audio have requested no specific treatment, and nor will they have input into the content of this review or early-access to the final published article. The Cleer FLOW II has been tested over a two week period whilst paired with an Android smartphone and a Dell laptop. 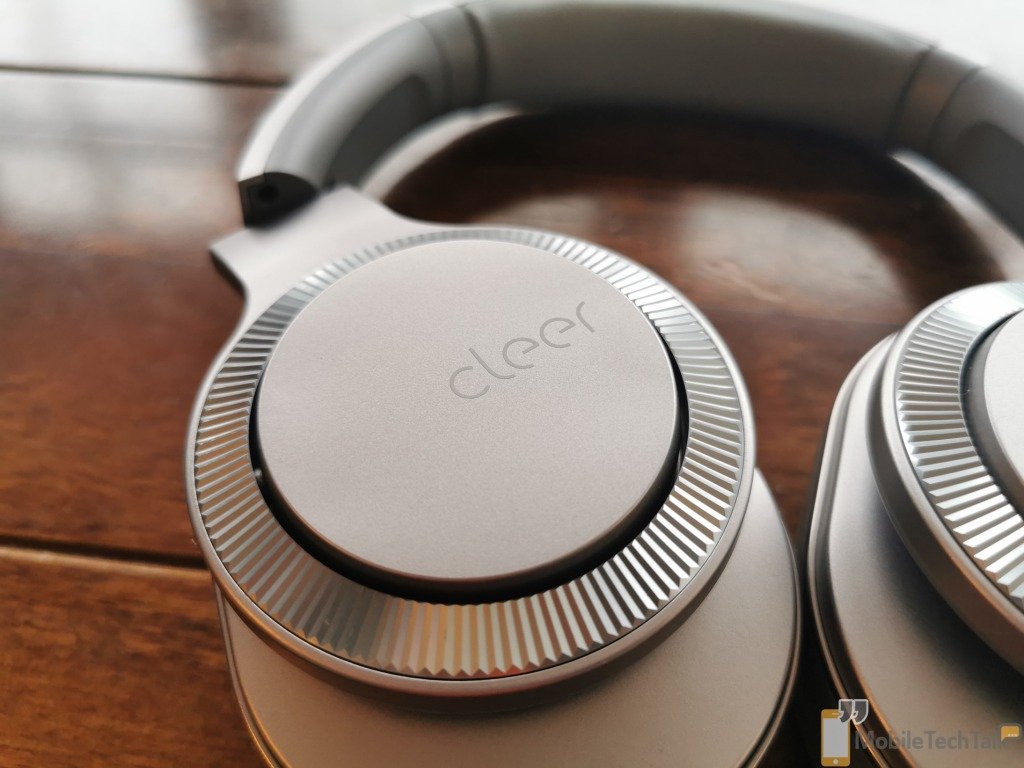 Cleer Audio has been delivering a full suite of audio products for a number of years. Their current range sport budget-conscious devices such as the Enduro 100 over-the-ear headphones and Ally IEMs, all the way up to the audiophile-grade products such as the Cleer Next headphones, which tip the scales at £600. The Cleer FLOW II sit, thankfully, towards the bottom of that spectrum at an MSRP of £199. Earlier this year, in an interesting marketing move, Cleer Audio partnered with the United Soccer League (USL) in the USA. Suffice to say that Cleer Audio is making moves.

With the Cleer FLOW II, it’s obvious that they are taking a swipe at the established heavyweights such as Bose, Sony, and Sennheiser, and taking an aggressive stance with their pricing. That’s quite a ballsy move; these are the established brands for a reason. Their ANC is class-leading, and Cleer Audio will have to do a lot to dethrone any of them, or provide compelling value adds in other areas.

The unboxing experience starts well with clean lines, quality packaging and a wealth of accessories; a carry case, 3.5mm splitter, and Type-C in tow. The Cleer FLOW II headphones are an over-the-ear style headphone and are prominent in the design. Once unfolded and out of the carry case, the earcups are striking. A large glossy plastic gear surrounds the earcup emblazoned with the Cleer logo, but provides no utility. Instead, the cup itself includes touch panels to control the volume and track selection.

The design is all plastic, but a relatively strong feeling grade. That plastic extends across the cups and the headband but tapers off as the cushions take over.

The left ear cup contains the majority of the physical buttons with a power button, ANC toggle button and Google Voice Assistant button all sitting alongside a 3.5mm audio jack and a microphone hole. On the right cup sits a Type-C charging port. On the outside of each cup is another microphone used for the ANC technology to drown out ambient noise.

These feel nice when they are put on your head. The ear cups can swivel 90-degrees forward which helps with comfort as there is a little play in them, as well as for the intended purpose of making them more portable when folding. The cups also have a little bit of play in their rotation which again aids comfort. They are also remarkably small cups for over-the-ear headphones.

All of that movement can result in a jarring plastic squeak, which underlines the cheaper price the Cleer FLOW II retail for. It doesn’t detract from the functionality, but the form could be improved with some better material choices. There is approximately 1.5-cm of very soft faux-leather padding on the headband and the ear cups, which provides comfort. After a few long listening sessions though my ears did start to sweat. That might be partly the material choice, but also over-the-ear headphones normally do tend to present this issue.

That listening session was a delight. The lows are clear and concise without overpowering, with the mids being equally clear with good separation. Highs sometimes get a little lost depending on the genre but usually only requires a single increase/decrease in volume to become on par with the rest of the soundstage. I detected no distortion on any track throughout my testing which is impressive. The included ironless driver design is there for exactly that reason and they seem to work.

I always look for active noise cancellation on over-the-ear headphones because, in 2020, I don’t believe that you should be paying more than £50 for headphones if they don’t have it. The Cleer FLOW II does indeed have ANC, and it is toggled using the dedicated button on the left cup. You can turn it on, as well as move into ambient/normal mode. A voice assistant will advise as to the mode you’re in, but it seems strange to me that there are only two modes. In many headphones I’ve used, the modes toggle through ANC on, ambient mode (where the technology is reversed) as well as a normal mode. Here, the ambient mode seems to be dealt with by a cute hand gesture, covering the left cup. Whilst that works great, I see little reason for the announcement of ambient/normal mode. It is clearly just normal.

That aside, I tested a number of background noise scenarios and the Cleer FLOW II managed admirably. Flight cabin simulations, as well as standard car park noise were tested, and all seemed to be drowned out easily. In between tracks there is a noticeable hiss when ANC is turned on. Luckily this gets overpowered by the music when it kicks in. I listened intently with ANC off and the white noise was there also, just not as loud. It didn’t bother me too much, and not at all during actual audio playback.

Battery life is great. I haven’t managed to wear these down to a low battery status as of yet so that up to 20 hours claim seems to be one I’d happily stand behind. When I have recharged the Cleer FLOW II headphones though, it has taken no longer than just over an hour, indicating to me I’ve managed to drain only around half of the unit’s battery during an 8-hour torture test with ANC on. The charging technology here seems to be very speedy, delivering a full charge in just 2-hours. If you’re in a hurry, a 10-minute charge will net you 2-hours of playback. 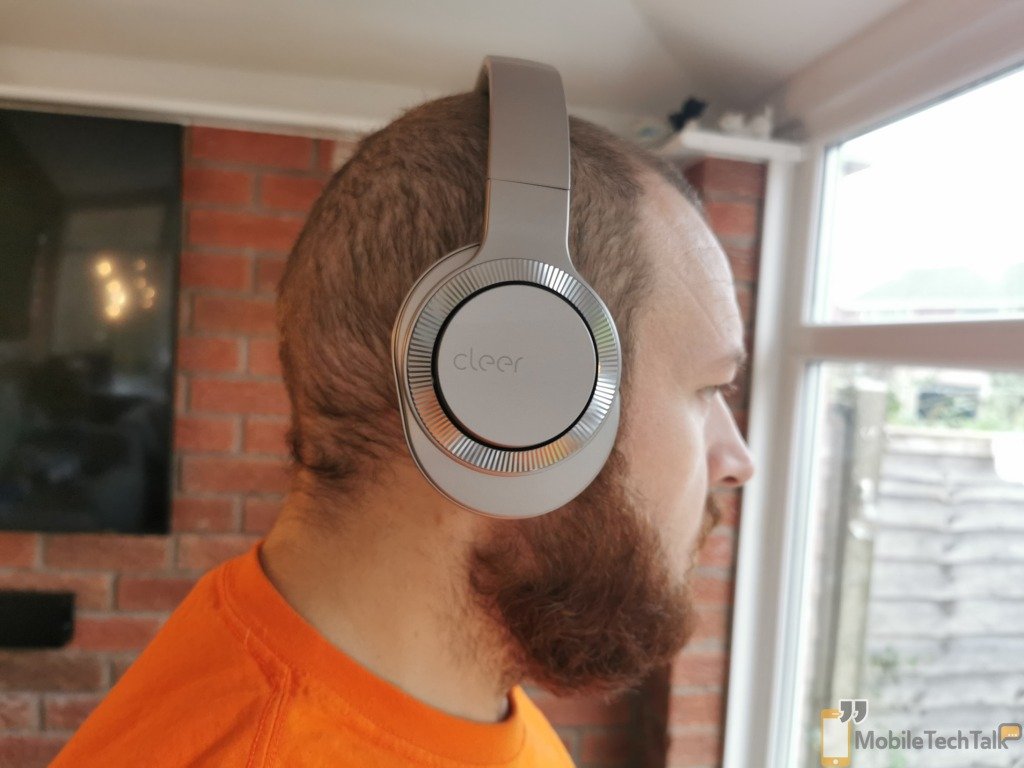 Google Voice Assistant is on board and, well, it can be a little annoying. If you’re anything like me, you might end up turning it off. It’s purely a personal choice – notifying me whenever I get a message and lowering the audio playback isn’t for me. That said, Google Voice Assistant on the Cleer FLOW II works like a charm. As I mentioned, incoming alerts for messages (SMS or otherwise) are announced and can be replied to. Furthermore, the Assistant can be summoned using the physical button on the left cup.

Finally, there’s the aspect of the design I thought I’d least like, namely the touch controls. Using IEMs often, touch panels often add to the discomfort of wearing tight-fitting buds. Here, on over the ear headphones, it’s a perfect inclusion. Tap the ear cup twice to play or pause playback, whilst a swipe up and down from the centre controls the volume. Swiping side to side skips tracks, whilst holding your palm over the cup will suppress the audio volume. This allows you to listen to what’s going on beyond your music. As soon as your hand is removed, the audio continues at the previous volume. This implementation is more refined than I expected. The music even pauses when you take the headphones off, and resumes when you put them back on again.

The Cleer FLOW II has a few faults. The build quality could be a little better as could the material choices. Furthermore, the design is clearly not for the everyman. However the audio is clear, crisp and concise, there’s adequate padding on the cups and headband, and the touch controls and Google Voice Assistant functionality will appeal to many.

They are feature rich headphones which took me by surprise, and if they can be found for the sale price, as at the time of review, they are an exceptional value.