For the longest time I’ve always been a proponent of buying a better charger than the one that came with your phone, there are exceptions to this, especially recently wherein phones from companies like Huawei, Samsung, Oppo/Realme/OnePlus etc are shipping with high-quality super-fast chargers with proprietary charging standards, like SuperCharge, VOOC, Dart and Dash Charge, but for the most part, a company will ship a bottom of the barrel, usually 5v2a charger, it costs them almost nothing and charges your phone at an acceptable rate. But companies like Aukey have been making high-quality third party chargers for a few years, should you consider them?

Aukey provided me with this charger for the purposes of review. They are not seeing the review before it goes live, nor do they have any input into the outcome. No money has changed hands between either entity. The PA-Y18 was tested for a week with Amazon Basics USB-C to USB-C Cables as well as a Huawei USB-C to USB-C cable provided with their laptop. 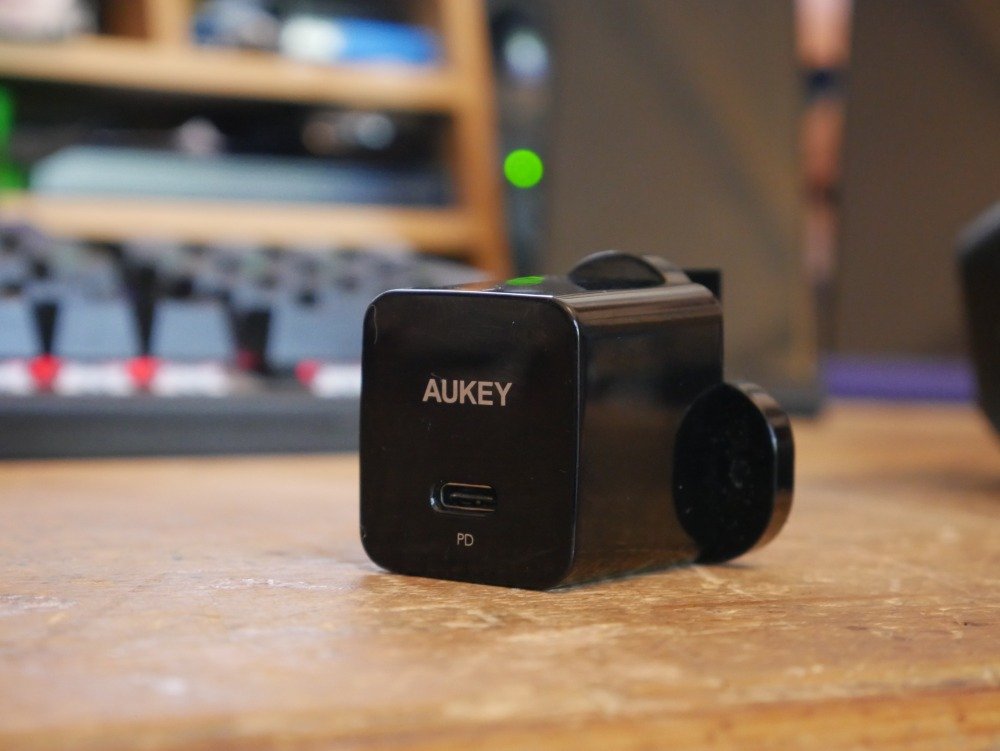 Reviewing a charger is somewhat difficult. I do not currently have a USB power tester (one is on the way) So everything I have to say will be anecdotal.

Hardware-wise, the PA-Y18 is embodying one of my favourite things about technology, the ever-shrinking of tech. If you don’t include the UK Plug (which does appear somewhat tacked on) the PA-Y18 is 37mm long, 36mm tall and 32mm wide. This thing is practically minuscule, and this isn’t a charger using those new-fangled gallium nitrides (GaN) ICs, this does somewhat feel like the limits of how small we can go at this power level, but I am perfectly fine with it to be honest. This tiny 18w charger is narrower than the footprint on my power strip and where the cable comes out is right at the top meaning the charger and strip can be hidden and I can just route the cable to where I need it. 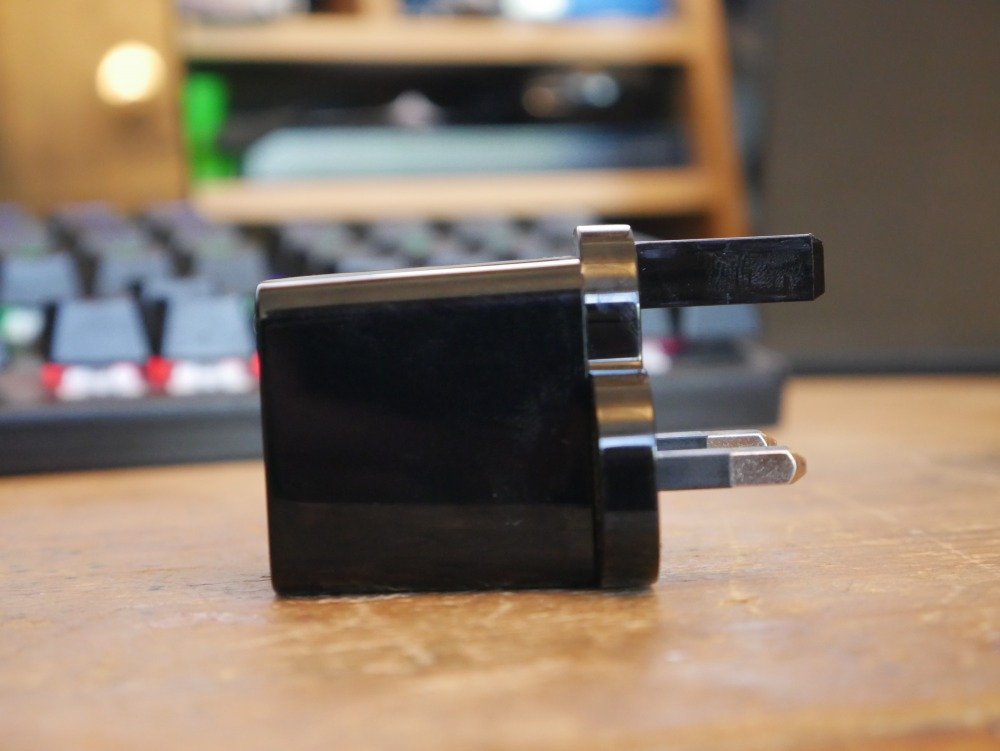 One of the reasons the PA-Y18 can be so small is that it (finally) eschews the USB-A connector on the charger side in favour of the smaller more adaptable USB-C port, finally, I’ve been asking for this for literally years. The only problem with this is that you need new cables. USB-C to USB-C for a USB-C device, USB-C to MicroUSB for MicroUSB devices and USB-C to Lightning for Lightning devices. Those are all available and are relatively inexpensive at £10 for a 1m/3ft cable or around there, but that is an extra cost and I feel like Aukey should include, even a small USB-C to USB-C cable in the box like they do with their battery chargers.

So how does it work? Really well. As I said at this point in time I do not currently own a USB power meter, so I am relying on stopwatches and the occasional check on the Ampere App, though it should be said that Ampere only records/shows what the battery is charging at, not the power going into the phone. 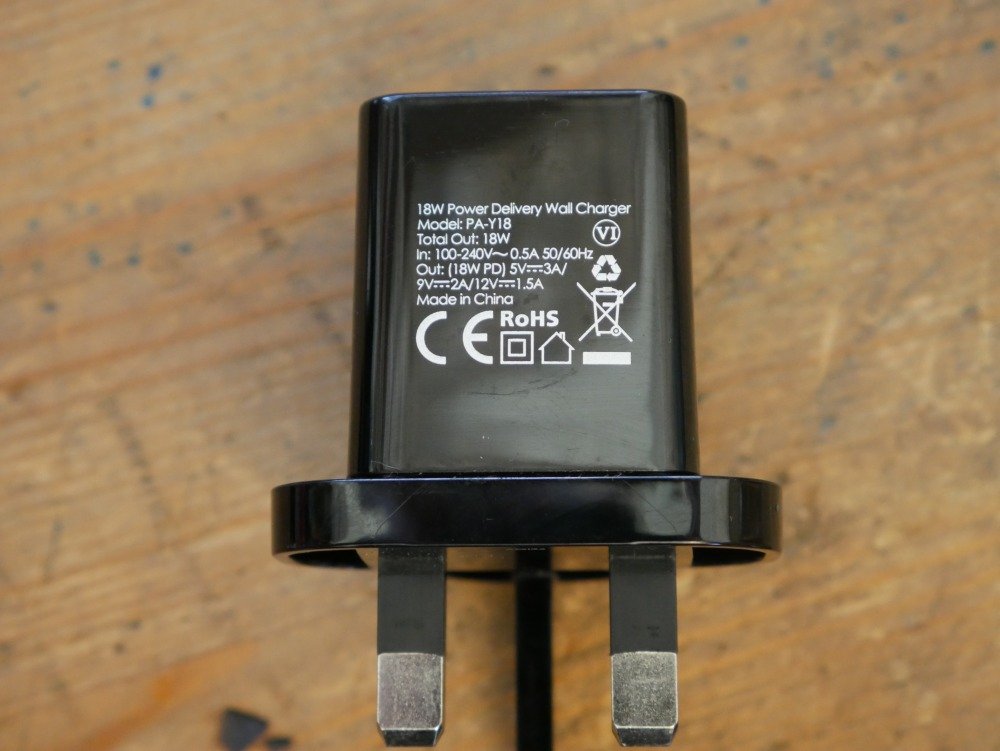 On the Moto (g)8 things were a bit different. With the phone powered on, plugin in the PA-Y18 actually triggered the “TurboCharge” message and notification, meaning that Motorola’s TurboCharge is now based upon the USB-IF’s Power delivery standard, neat!. The less cool thing though was how all over the place this was.it took 127 minutes to reach 100% and 27 of those were the last 8%, but unlike the X3 SuperZoom where it was a steady 12% per 10 minutes, this was wildly fluctuating though it was roughly 10% per 10 minutes. 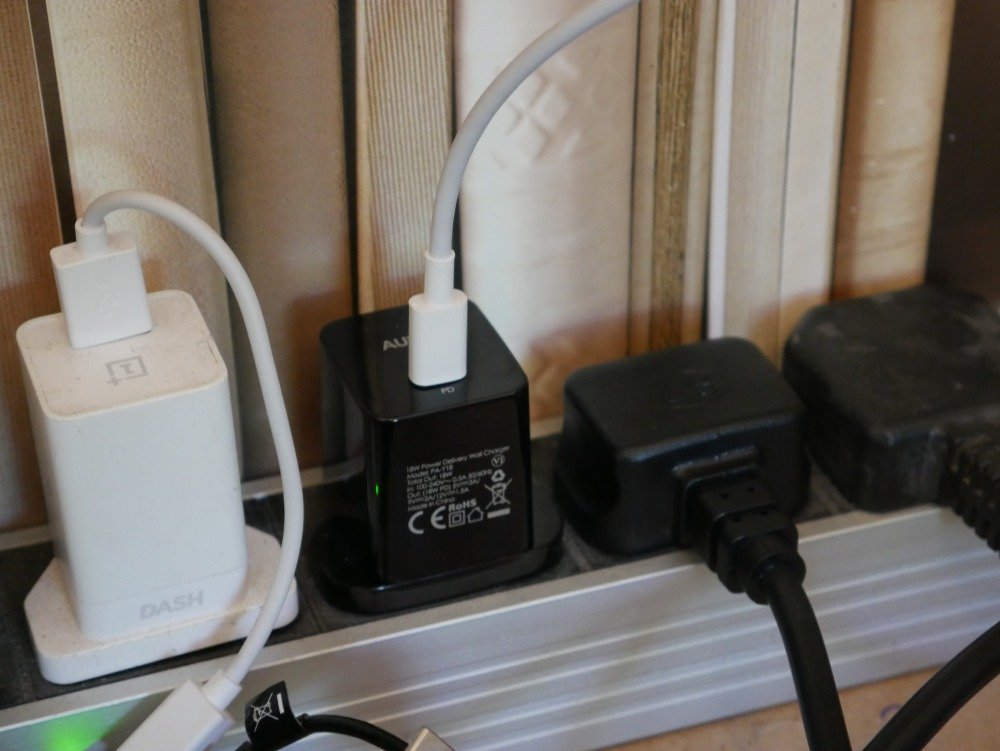 Lastly is the Huawei P30 Pro. This one, like the Realme X3 SuperZoom, is a lot more predictable up until 81% it gains between 11 and 12% every 10 minutes, then it slows down getting 9% in the next 10 minutes, 6% in the next and the final 4% in the last 10 minutes. the P30 Pro never got overly warm nor did the charger or the cable, it’s just a pretty good time, which 99 minutes isn’t the fastest here, for a battery the size of the P30 Pro (4200mAh) just over an hour and a half is pretty great, it’s not the blazing fast 40w Supercharging that it comes with, but the PA-Y18 is also less than half the power output, and can work with any USB-C cable, which makes it a lot friendlier to more people than the SuperCharger, even if the PA-Y18 can only get this phone to 35% in the time that SuperCharge can get it to 70%. 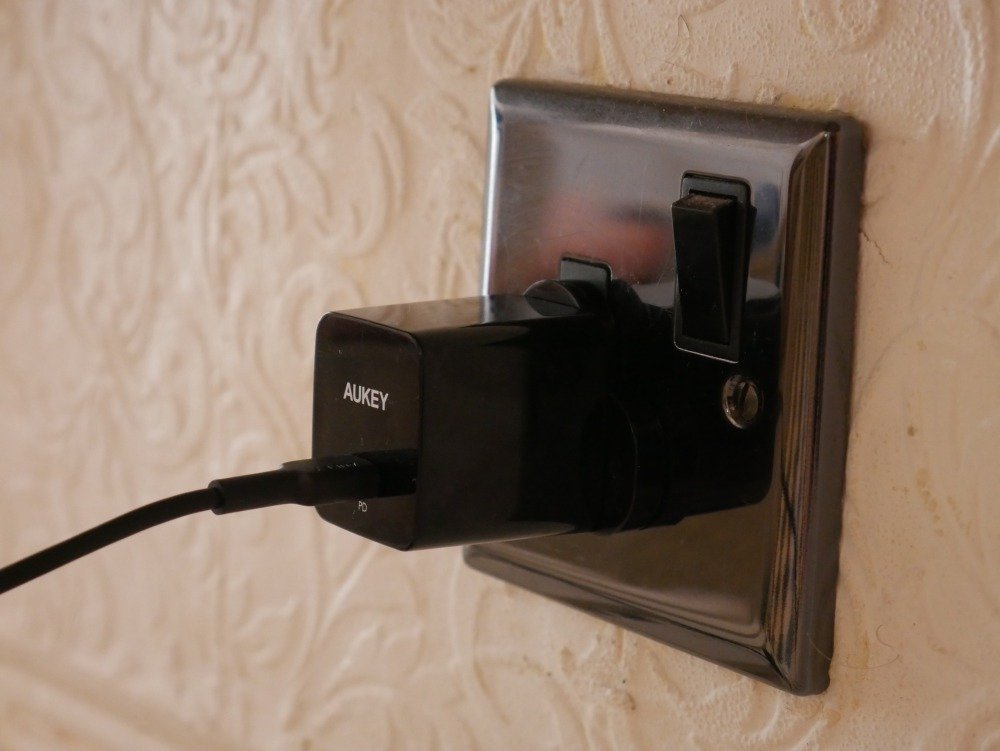 So, after all, that, is the PA-Y18 worth buying? I’d say yes, it’s a small, high powered charger, the footprint is smaller than almost every power strip I’ve plugged it into and it just gets out of the way. It doesn’t get overly toasty and it actually does what it says, it fast charges the devices plugged into it. For £18 usually or currently under £12, this is a steal buy this one, nice, high-quality charger instead of relying on slow, chunky clunky included efforts.