Share
Have you ever wished you could get better audio quality out of your laptop or your phone but you don’t want a big complicated set up? Zorloo have a new itty bitty DAC you can use with both your computer and your phone, Windows or OSX, Iphone or Android, with some caveats. Well that’s what it claims anyway. Clearly it looks the part but does it sound the part? Read on if you care to find out.

Thanks to Zorloo for the sample.

Ooooh itty bitty box. I know the DAC is small so presumably there’s not much else in there. Ah I was right. Just the DAC and a little instruction booklet. No cables. I’m good with that as I’m a believer in not including, and hence paying for stuff you won’t use. I mean I’d test them all but normally people aren’t going to be using with an Iphone and an Android phone are they? It’s a pretty little thing, looks rather like an old USB drive, back when they were human sized. The surprise though is the little booklet thing, it’s actually rather informative. It even suggests a selection of Hi-Res audio players you might like to try, how handy.

Plugging in to the computer first and all seems good so I give the phone a try, in this case a Nexus 5 as its listed as being compatible (i.e. it has USB OTG drivers installed) it instantly works. Oooh it’s got a fair little bass kick to it, I was afraid it might lack oomph being driven just of the phones USB socket. It would seem that at least with the Oppo PM-3’s it’s not an issue.

Errr, a windows computer and a few Android phones. It worked on my Moto G 4G (stock) and Nexus 5 (cyanogen) but for unknown reasons it wouldn’t play with my Huawai P8, Elephone P8000 or bizarrely my Nexus 4. The nexus 4 hasn’t been updated in a long while so if I did I presume it would work. My not having a cable precluded my trying it but they say it works.

I am impressed. The audio quality of the bass is super for something of this nature. For the most part I’m going to ignore the out of computer use as it’s got realistically endless power to use. The phone use though, that is where I see this shining most, the little beast and it is a beast, can roar. It’s so much fun to play with, it will set out a rip roaring musical adventure before you and dare you, double dare you to throw yourself in headfirst. Just oodles of joy to play with. So what about slow stuff, yeah its good, its nimble and articulate but it’s at its finest when you play party tunes. Rhythm and enthusiasm galore. God damn it makes audio out of a phone spectacular. Big party bass with ever so much rhythm. Depth is good, okay it’s great I think for portable but you know there are limitations to physics. The lowest end seems to fade off but it distracts you with the party just over there so you don’t really notice. Seriously would it kill a phone maker to take this thing and build it into a phone directly????

While the BlackKey had a more notable V shape this is more of a jagged line. It’s overall reasonably level but its awash with dynamic dashes, it’s so lively and exuberant that while its lows can be clean and steady, it always wants to pick up the pace. It mellows with more mellow ear/head phones as you would expect but this is about the revealing, detailed, crystal clarity. The deepest, rumblyest lows I think want more power than it can provide.

Open, explicit, clean and actually a bit over articulated. It’s forever trying to bump up the contrast and clarity. It wants everything to be open and explicit. That’s not a fault per say but even when paired with the big HD600’s it’s still nudging in that direction, things that more suit something close in and intimate just weren’t so. Don’t get me wrong Nora sounds fab but you’re in a field on a bright summer’s morning. Clean, open and full of light, when you really want a dark room lit only by a roaring fire, the room indulgently warm on an icy winter’s night.

Quantity wise it’s all pretty much in line with everything else, nothing dominates.

The light and clean nature does its best in the uppers. Everything so well-articulated and precise. It’s a highly detailed listen with all of that detail and nuance cleanly laid out before you. You don’t have to go hunting anywhere for it. While the audiophile in me greatly appreciates and admires its explicit nature, I’m a fan of richly mellow. This is all so airy and light filled you can see everything, every last detail, every microscopic nuance with it all presented right before your ears. You don’t have to listen out for hidden stray notes, everything it right up there. Maybe it’s me, maybe that it’s growing late in the afternoon but I want a little more dark. It’s all just so clean I’m finding it lacking a little soul. For sure it’s got life in it, enthusiasm and joy in its heart but I find I’m craving a little more slowness. Fabulous for examining music but for loosing yourself in a melty musical puddle, na.

I like it. It’s so very minimalist and its blushed aluminium. It’s highly minimalist, function yet aesthetically pleasing. It additionally feels solid. My only physical issue is that the tiny little LED is so recessed and the hole so small that unless you’re looking almost exactly end on you can’t see anything. It’s also super dim (fine by me as its eating power) so it’s practically invisible.

As best I can tell it’s good. All seems very well put together.

Well there are two aspects here. The first being its power output, which is actually really good. It powered my big HD600’s quite happily, way more happily than you would think is reasonable. That with the fact most things, particularly big portable cans, are getting ever easier to drive it’s easily got power to drive anything you want. Sure a big amp can drive thing better but you can use this and get ear pleasing sound with anything. The second power aspect is that a big part of this devices potential is in making phone audio not suck. That means its using power from the phone to drive it. Now on my admittedly crappy batteried Nexus 5, my using the ZuperDAC just tore through that battery. Granted its streaming from Google Music over my mobile connection and I had the screen powered up half the time too so it’s not all the ZuperDAC’s fault. Still, while this makes it possible to use your phone to produce good quality sound, it will have a battery impact so be warned. Oh and it turns a fair whack of power into heat too. In winter it’s a lovely mini hand warmer.

Super-duper crystal, hell, diamond super clarity. It’s all a little boosted and a bit dynamically exuberant to enhance that ultra-crystal clarity feeling. For the most part it’s actually very transparent in that’s all it adds. A tiny slant towards dry but otherwise its only flavouring is greater dynamics and air. Oh and the background, lovely and quiet. Negligible background blips and bloops or hiss.

Inside the ZuperDAC is an ESS Sabre ES9018K2M. The K2M bit m not familiar with but I’ve seen the Sabre ES9018 mentioned abet the place before, most notably in the HM-901. Head-Fi regulars will instantly know what that is, it’s the US$1500 DAP from HiFiMAN. So could they have the same DAC chip in them? That’s kinda what it looks like but it doesn’t end there. It would seem to be the same chip as found in the iBasso DX90 and the Oppo HA-2. Now to be fair I believe they all use two of the DAC chips and the ZuperDAC just one but still.

It’s kinda fabulous. It’s great for slapping into the side of your laptop and instantly getting good audio out but there are plenty that can do that. This is very much at the upper end in quality terms. Its power does suffer a little, next to the HA-2, it shows where this lacks. However if your only using IEM’s anyway or sensitive big cans for the cash, you’re getting a glorious little DAC/amp.

Ahh it’s nice to play with nice things and the ZuperDAC is more or less what its name suggests. Yes yes there are compromises, namely its total power headroom but a beefy amp isn’t the requirement it once was. With things like the insane Oppo PM-3’s out there, you don’t “need” to throw power at things to make them sound great, even with over ear cans. Most IEM’s too you just don’t “need” masses of power to make them sing. Perhaps to eek the most out of them but to still be glorious you just don’t.

The only real caveat I have about the ZuperDAC is that it is such a dynamic little beast it constantly want to inject life into everything. It’s a little like the kid you just let eat a bag of sugar. It’s thrilling, so energetic, such enthusiasm and endless drive to go further, faster, more, more, MORE!!! It just isn’t really giving me the chance to mellow out and relax.

So, buy one? I dunno. These no mistaking that its awesomely capable, so devilishly fun and enthusiastic, but……. you know I see a device like this being used mostly out the side of a laptop, you listening to music in your own world while you get some work done. The ZuperDAC is too attention seeking and playful, I just can’t see anyone getting any work done with it in use. All you’ll be doing is listening to music and playing around, having a grand old time of it. Great if you want to just have a good time but it’s going to be a productivity killer. 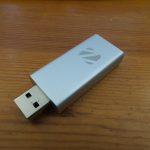