Another day and another new product from Brainwavz. they are really getting into to swing of spitting out new things every other week yet so far have kept their standards high, yet their prices low. con they keep up the trend with the new S3 earphones? As ever lets a looky and see shall we?

The box looks pretty standard fare, flap on the front to let you peek inside and tell you how fancy they are etc. You know something to look at in a shop but if you’re reading this yeah you probably don’t care so much what it says on the box. Inside we get the standard Brainwavz bundle. Case, lots of silicon and rubber tips, pair of Comply’s the Velcro cable wrap thingy and a shirt clip. Hmm flat cables, I love those not. Still it’s a pretty good bundle them from them like always.

In the ears and given they are an S I’m thinking they will be in between the S5 and S1 acoustically right? First off they seem to be nothing like as thick as the 5 was, though it’s been awhile since I’ve heard it. These are all rather cleaner sounding that I’d really expected. Maybe it’s just me and these are just much cleaner than what I was previously listening too. First thoughts are these sound more like what I had hoped the S5 was going to. Hmm these are cheaper thought right? Anyway to the burn in machine with you.

These are rather polite little things. I had feared they may be bassy like the S5 but no, these are dialled back and are much more controlled, taut and refined. I’m not entirely sure that will be the crowd pleaser of the masses but for Head-Fi peeps, bang on stuff. I find myself wanting to go pull out the GR07 but I’m hesitant to. These are a good bit cheaper and they have no mic and controls. Damn it Brainwavz, can you make something crap so its super quick and easy to review???? Hmmmm as I flick about between the M3, GR07 and S3the S3 is the least mid-prominent and so it’s probably the most dark, ever so slightly V-shaped but with a Nike swoosh slant. The bass is more prominent. Not still what I would really describe as anything more than a hint elevated. It just doesn’t dominate with any aggression yet I know it’s more abundant. That polite quality it has it just isn’t convincing me of its elevation and dominance even though I know it is. It’s a tiny bit slow compared to those two but in comparison to the soft S5 this is much more how it should be.

Quantitatively I know its elevated, a bit but not that much yet it just doesn’t feel it, it more feels like the mids have been pushed back rather than the lows pushed forward.

Pleasantly pleasant. Mid heads won’t be a lover of this. While it’s got nuance and intonation it’s just over shadowed by the more prominent M3 and the better and more focused GR07. Personally it spanks the S5 and its reticence, here is a bit shy but it’s got the skills to come out and show off every now and then. I’d rather there was more of it but this is a V-shaped, crowd pleaser IEM. Mids are just that bit pushed into the distance, just a little, but I like them centre stage. In very mid centric stuff they do come up to front with the others but I want the mids there to dominate. These are forever a hint shy.

Tonally they are bit dry and open, ever so slightly but it’s a very pleasing sound if it is the opposite way its M3 cousin goes. It’s nice, it’s not ‘amazeballs’ it just a nice, pleasant, pleasantly pleasant listen. Guitar twangs are nicely clean of a hair ill-defined. Ever so slightly mellow on the twangy edge.

Delicate for the most part. Its, wait for it, pleasantly pleasant. I could sit back and relax with the S3 and just forget what I’m listening to. Rosabella Gregory’s “Stars” if softly melodic, it ebbs and flows over my eardrums, casually, gently, warmly like a gently warmed autumnal evening. Sun shining’ low in the sky eking out the last of its warmth for the year. Yellowing and browning leaves scattered around your feet as you stroll through the park. There isn’t anything scary, aggressive or hard about them.

They are nicely detailed for the price but they are just so politely pleasant. Their presentation is very me. Clean but no edge, no bite at all just that shimmer and politeness I so love.

Not so big, the bass tends to be a bit up front and the mids are way in the back. The treble is somewhere in between. Pleasant to hear and reasonably full-bodied but nothing to make you go “Wow!”.

Great. Nice standard shape that gave me no issues, up or down.

Ditto re fit. Though I’d have been more happy with a round cable rather than flat.

Worn up, none that I noticed. Down, well you do, I always wear collars and that mic, as with most mic’s, sit at the right height to catch on said collars. The chin slider helps as you would expect.

Well it’s one of these, they don’t “need” amping to be good but they are at their best with some power behind them. Actually they also really liked some additional impedance too from my little 75 Ohm adapter. No dramatic alterations but things just clean up across the board and get that bit more refined. Highs more delicate, bas more contoured. Etc etc. Of course you lose the mic functions though so it’s not something I’d expect most to do.

Well here I was a little unhappy. They are iOS intended and at that they work fine. Calls, play pause, skip and the volume controls. Over on my Nexus 5 though, no volume controls, sad face. Oh well, not the end of the world most of it worked fine and they don’t claim to be Android compatible.

Pretty good, it’s towards the upper end of a dynamic with Comply’s on. So as is typical I’d think fine for out and about, on a bus type stuff. Not one I’d want for flight or Tube commutes though, better than nothing but they are BA territory. However my usual warning, it’s easily enough to get yourself killed in traffic if you don’t use your eyes.

Lovely. Brainwavz have been doing this for a while and they have got it pretty much down. May I also say it’s nice to see the bare metal exposed. It not only looks good but let’s buyers who have maybe never heard of Brainwavz see that it’s metal. Not that there is anything wrong per say with plastic but you get what I mean.

They also have the bundle pretty well nailed. Case, heap of tips (7 pairs) and a shirt clip. It’s a good wee case too. Oh and the Velcro cable tie thingy.

It’s a Brainwavz, true to form like pretty much everything with their name stamped it on, it’s really very good value. Aside from its flat cable which I never love, it’s a pleasing IEM. Its audio quality is most pleasing for the price if not the most thrilling. Of course if you want more thrilling and bombastic there is the S5 to look into.

Ahh Brainwavz. There are a funny bunch you know, they aren’t like most earphone companies in that most have a “house sound” one sound that is shared between their products. Most claim they don’t but they do. Brainwavz however are really just all over the place. There isn’t no straight line between the S0, S1, S3 and S5 never mind the M range. As a reviewer it’s a pain because you need to describe each one in its own separate from the rest, you can say, the S3 its right in between the 5 and 1. If anything the S3 I think is most like the M3 in style and presentation. Even then they aren’t that close.

Looking around at other reviews and I can see they are (unsurprisingly) universally positive, though some have called it too laid back. Its treble isn’t dazzling nor attention grabbing in any way, its bass isn’t either, granted its bass is the most dominant area, it’s not aggressive. It’s a very polite sound.

So buy one? Hmm I do very much enjoy its pleasantness, its most pleasing, I like a little more mid forwardness to really capture my attention but I could live with it. If I got a pair of these under the tree come December I would be quite pleased, not wildly ecstatic but comfortably pleased. It is a pleasing product with a pleasing acoustic nature. 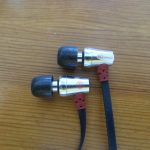