When I was contacted by Systweak Software to have a look at one of their apps it was rather coincidental that the features within Advanced Call Recorder were the very same I had looked into relatively recently. The perfect time to test this out and see exactly how it works then!

In case you haven’t heard of Systweak Software before (I hadn’t) they are a utility software development house based out of India. They have a number of applications available for mobile devices of both the Android and iOS persuasion as well as desktop apps for MacOS and Windows. Advanced Call Recorder is just one of their many apps and all of their Android apps average over 4 stars in user reviews which is no mean feat. Let’s start with the basics of this app. Advanced Call Recorder (both a free and Pro version – £1.19 – are available) is an application that does exactly what it says on the tin. It records calls. The “advanced” bit relates to the other options that are available in the application.

The key to any application is meeting a need in the market and solving an existing problem. Advanced Call Recorder bridges a gap in stock Android’s feature set and delivers the ability to record live calls and output to an audio file for reference at a later date. The application can be setup to allow instant call recording on dial or answer, or discreet recording as required.

Note: Some countries specifically prohibit call recording whilst others require consent of all call partners or verbal communication that call recording is taking place. Please ensure that you familiarise yourself with the relevant legalities in your geographic location. Advanced Call Recorder is, as many mobile applications are, very easily setup. After a short splash screen, the first application launch makes it very clear that there are various legalities to be aware of when using this sort of app and instructs you to agree you’ve understood the implications in order to continue. Too many applications simply ignore the implications of some of their features and it’;s nice to see Systweak calling this out specifically and ensuring that there is an acceptance process to enable users to continue.

After that, you’re in! That’s it. A largely blank screen is displayed with a small call recording icon to allow manual recording as well as a typical Android menu icon and a settings icon.

By default, any call that is made or received from that point on will be recorded to an audio file on the Android device being used.

The clarity of the audio is very good in general with the other party (or parties) sounding clear and crisp during playback, even when testing with IVR systems (Interactive Voice Response) which are notorious for cutting out on mobile devices. No such problems here. Advanced Call Recorder offers a number of little features to make automating call recording simple. First of all users can setup an “ignore” list to ensure that those contacts selected won’t have conversations recorded and stored. There are also settings to toggle manual call recording controls, as well as audio format choices of MP4 and 3GP. It would be nice to see a couple of other options here but it’s certainly not a deal breaker.

Up to 50 recordings can be stored with the free app and these can be secured with either a password or a pattern for extra security.

The app itself has both English and Indian languages, with more to follow in updates no doubt, and there are a number of fonts to choose from. Whilst not an incredibly useful feature, but it provides no overhead so no harm no foul. There are numerous reasons why an app like this might be useful. Conference calls, interviews or to capture those annoying telemarketing calls and repeating back to them that their call is being recorded. The ability to be able to share these recordings easily from a file manager is a nice touch (other call recording apps have been known to use proprietary file formats) as is the fact this application continues to work even in rooted phones.

So what is this application missing? Not much really. Perhaps more audio output formats, and the ability to add cloud storage locations to automatically store files in OneDrive, Dropbox, etc once recording finishes.

The app works exactly as it should, is minimal in footprint and provides crisp, clear, quality recordings. Just be sure you verse yourself fully in the legal implications where you live to ensure you stay within the law when using it. If nothing else though, as a sound recorder (manually, outside of calls) it’s just as efficient. 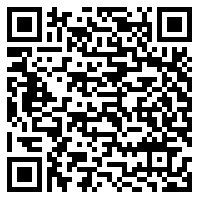 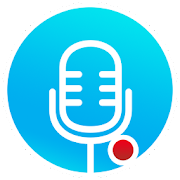