Dom is our resident projector expert but I got the opportunity to test out a mini projector from a brand most people may have never even heard of. Apeman’s M4 Digital Projector is about the same size as a wallet so it’s almost pocket-sized.

The projector comes in some premium packaging with black and orange being the 2 primary colours used around the box. It almost seems as though you are opening a watch.

Looking at the M4, on the back you have a headphone jack which could be used to connect this to a pair of speakers or a surround sound. A USB port is also present and this can be used to power devices such as Google Chromecast or Amazon Fire Stick rather than connecting a USB stick with content on it. The HDMI port is the only video input on this but USB C would be a good improvement for a future model since most modern smartphones should support it. You then have a power/charging indicator light and lastly a micro USB port which should be replaced with Type C as well in a future iteration. 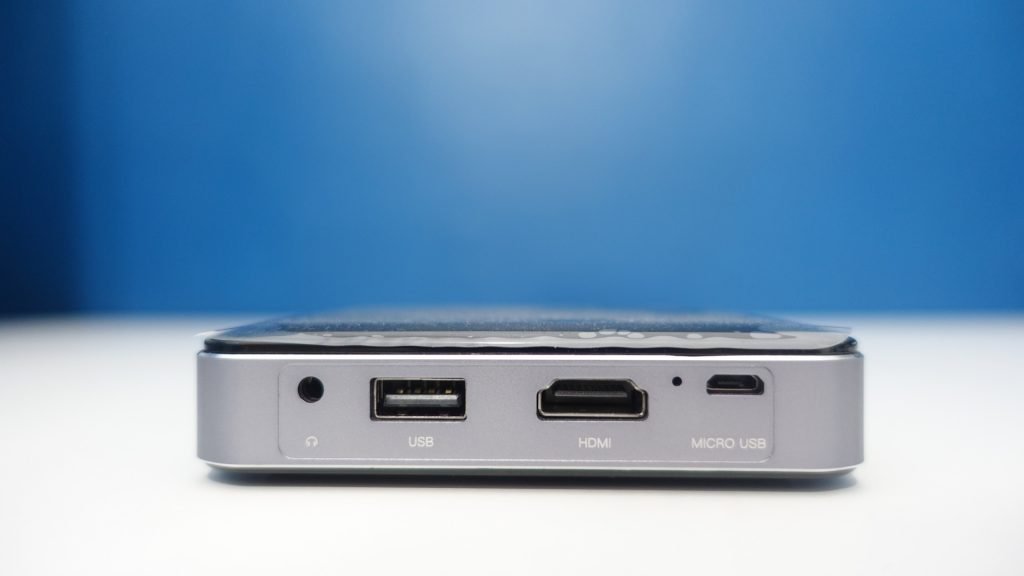 The right-hand side houses the power button, volume up and volume down and vents which allow for cooling and speaker outputs. The front has another set of vents alongside the actual projector lens. The focus wheel and another set of vents are on the left. On the base you have some more vents, a tripod mount and 4 rubber feet which helps to elevate the projector to allow adequate airflow. The top of the projector is a piano black in colour, with the Apeman logo and a DLP and Texas Instruments logo. 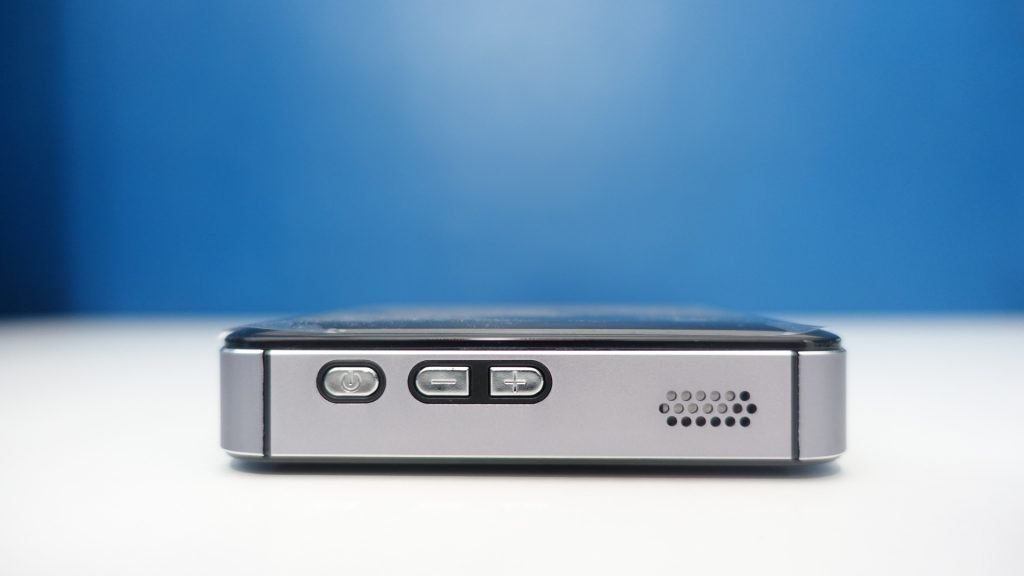 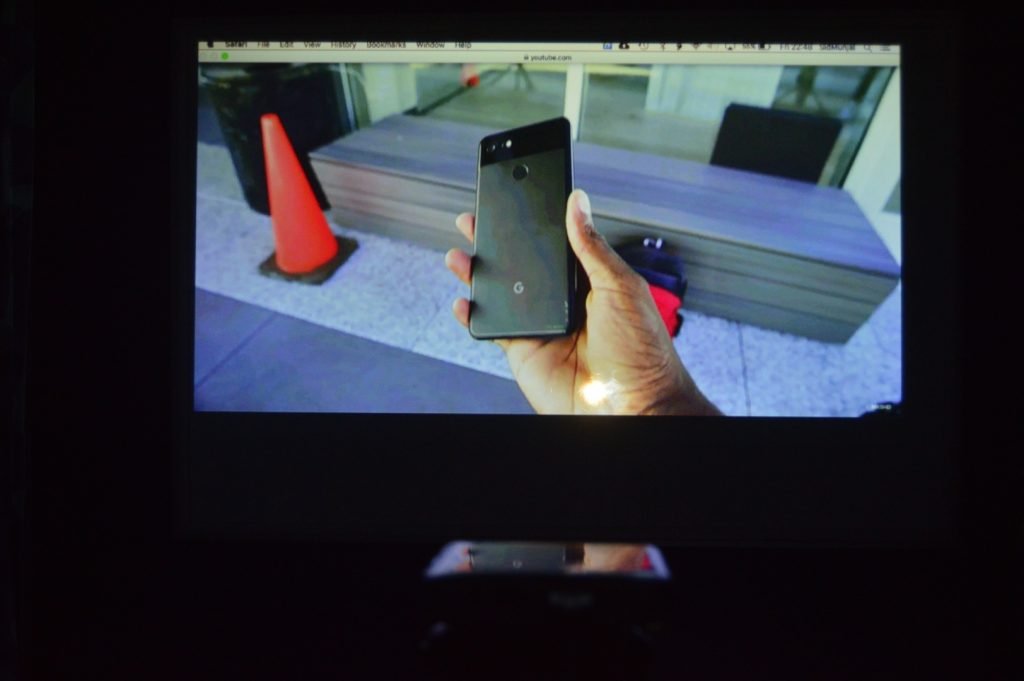 Apeman’s M4 sat on my video tripod rather than on the one included inside the box just because of the angle and height of my whiteboard and projection screen. This meant I had a lot of flexibility in the position of the projection of the image compared to the fairly basic movement provided by the included tripod. The mini tripod included does allow you to get up and running for immediate use but I would recommend getting a basic full-size tripod such as the Hama Star 63. 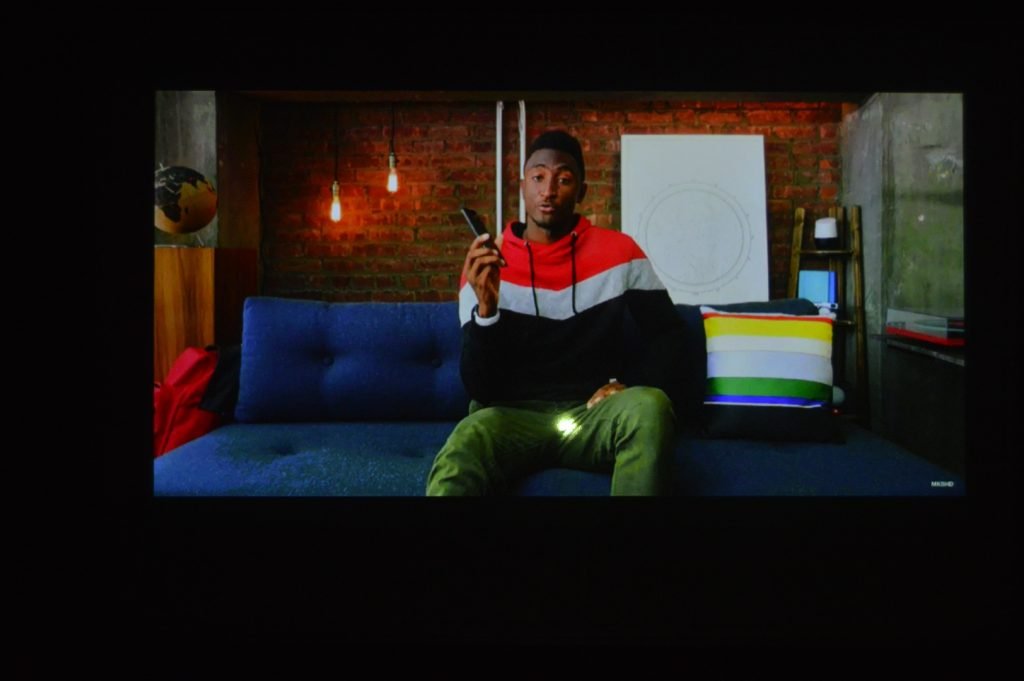 Testing the audio of the projector, I was pleasantly surprised at the volume output from its compact form factor. The audio would be plenty in a pinch for a couple of people but I feel it would easily be drowned out by the sound of popcorn or crisps so the rear mounted headphone/speaker output will be required. It was on the tinny side but I got a 95-decibel output at maximum volume. 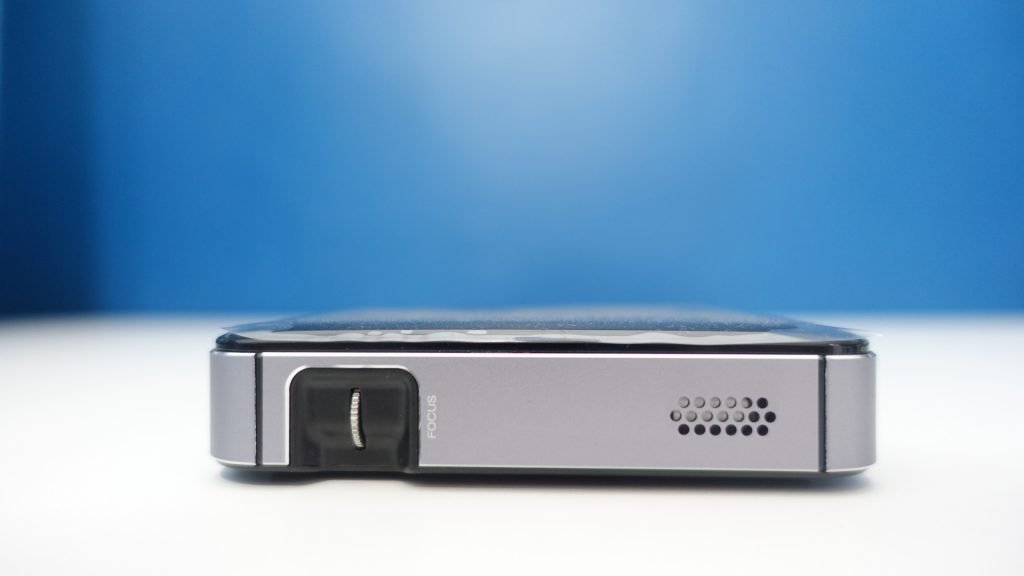 You could also connect the device you are streaming from directly to a Bluetooth or wired audio solution unless you are connecting a Fire Stick or Chromecast in which case it does become a bit difficult. 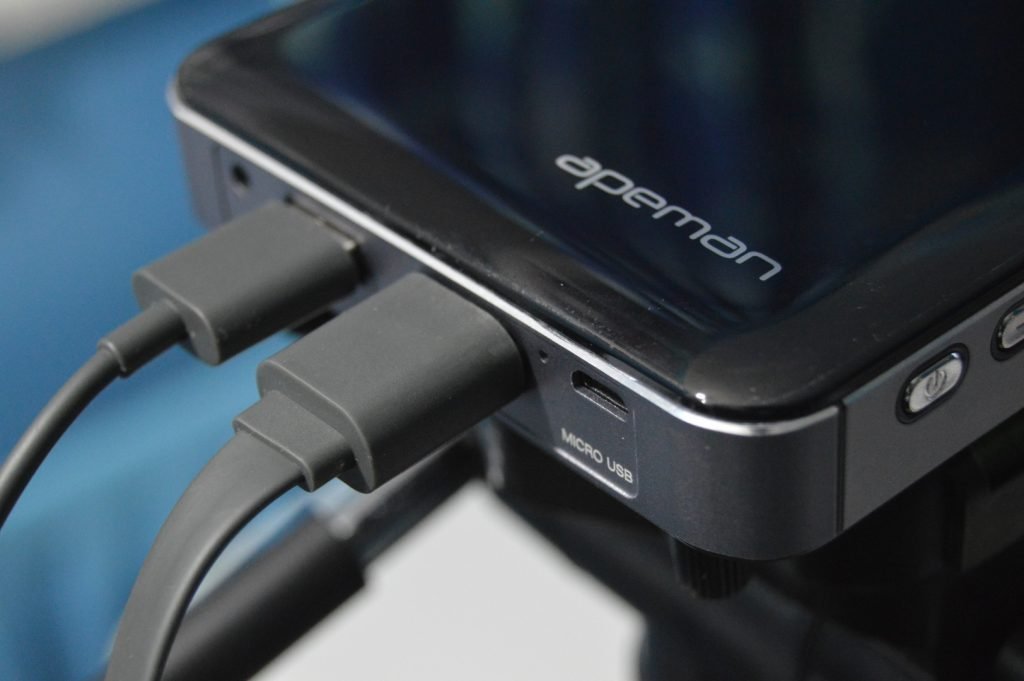 I liked the USB port situated on the rear since it worked as both a power source for media streaming sticks alongside acting as a power bank for a mobile device in a pinch. The 3000mAh capacity lasts around 90 minutes normally but I did see endurance up to 2 hours but if you are using the USB port expect to reduce that time significantly due to the higher strain on the battery. 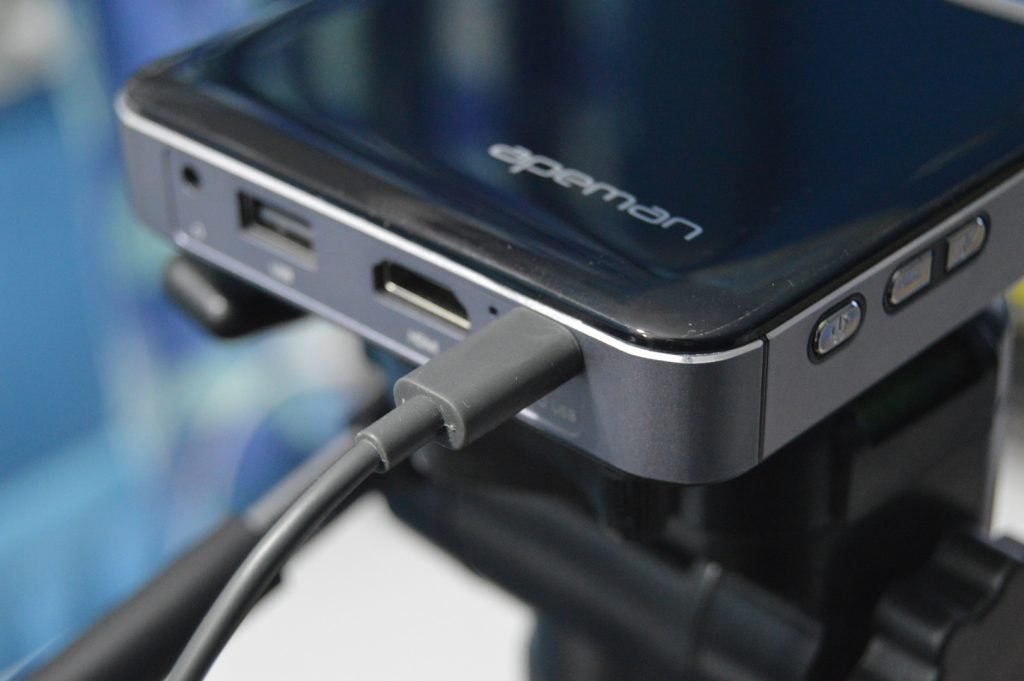 Having Micro USB power, albeit USB C would have been nice, rather than a circular power connector is great because it means you could use a power bank to charge this and with the relevant connectors/cables, you could have a fully portable solution for watching films whilst camping, or having an impromptu garden movie night.

The resolution from the M4 is something which may seem low initially when taking a look at the spec sheet at just 480p. But the entire experience of watching content on a projector took away any hesitations I had. I was able to enjoy many movies, TV shows and YouTube videos without wanting to pixel peep. 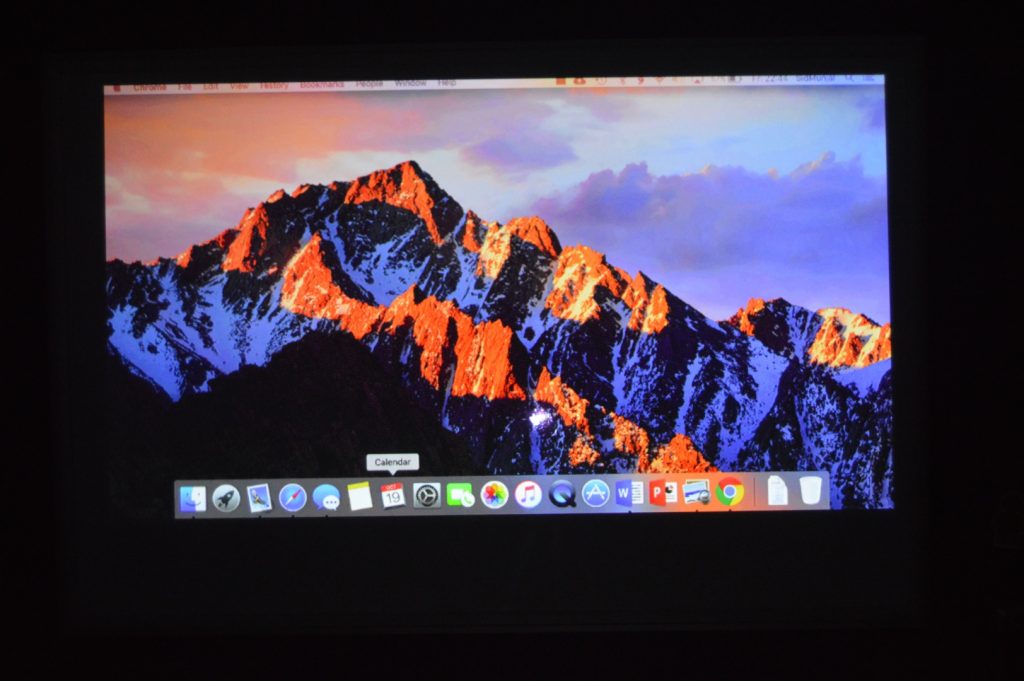 Improvements that may be handy in future versions include the ability for native device mirroring using built-in casting functionality which I have seen in other projectors. Google Cast would be the obvious choice since it would support the largest breadth of devices including Android, iOS, Windows and Mac. But this may not be possible due to cost or the complexity of improving the processor to keep up with this. 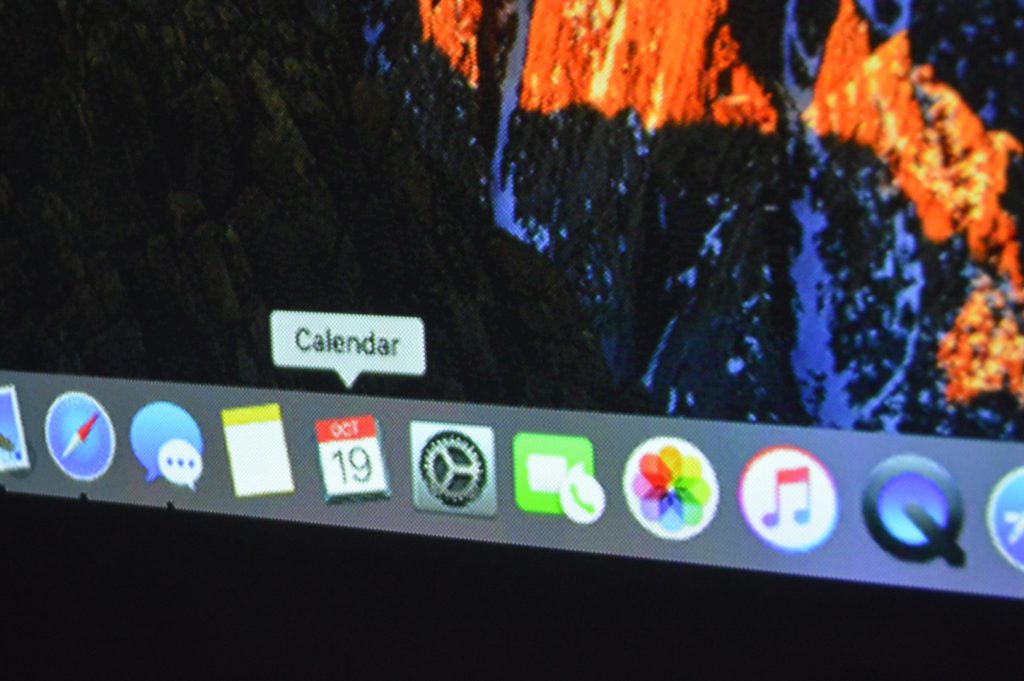 Having a built-in operating system is something I am still unsure about even after testing it for a couple of weeks because projector OS’ that I have tried out in the past aren’t always the best in terms of fluidity. So in a way the lack of even a somewhat basic OS is good news since it doesn’t bog down the processor so it can continue doing its job projecting. 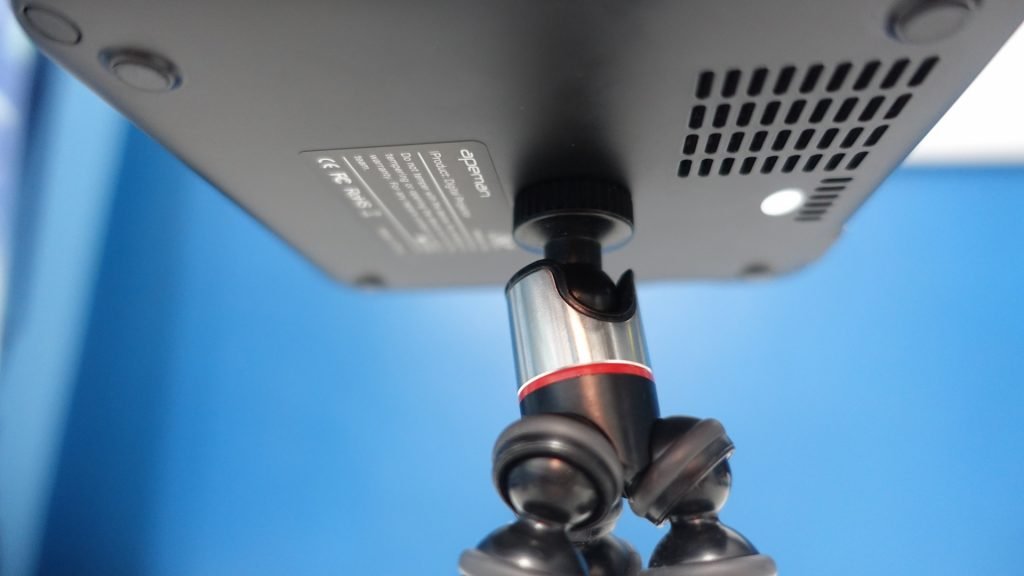