We’ve checked out a few monitors here at MobileTechTalk, Big ones, small ones, curved ones HDR ones, gaming ones etc, this one Is the same, but also slightly different, as the PDS241 was design in conjunction with Porsche Design, yes, the company that makes portable Hard Drives with LaCie and made the questionable choice to make phones with BlackBerry all those years ago, so how does the PDS241 stack up? Well read on to find out more.

Disclaimer: AOC Loaned us the PDS241 for the purpose of the review. I (Dom) Have used it in place of my normal monitor in my office (a 29” Ultrawide) for the past 10 days. No money has changed hands and AOC have no bearing on the outcome of this review. 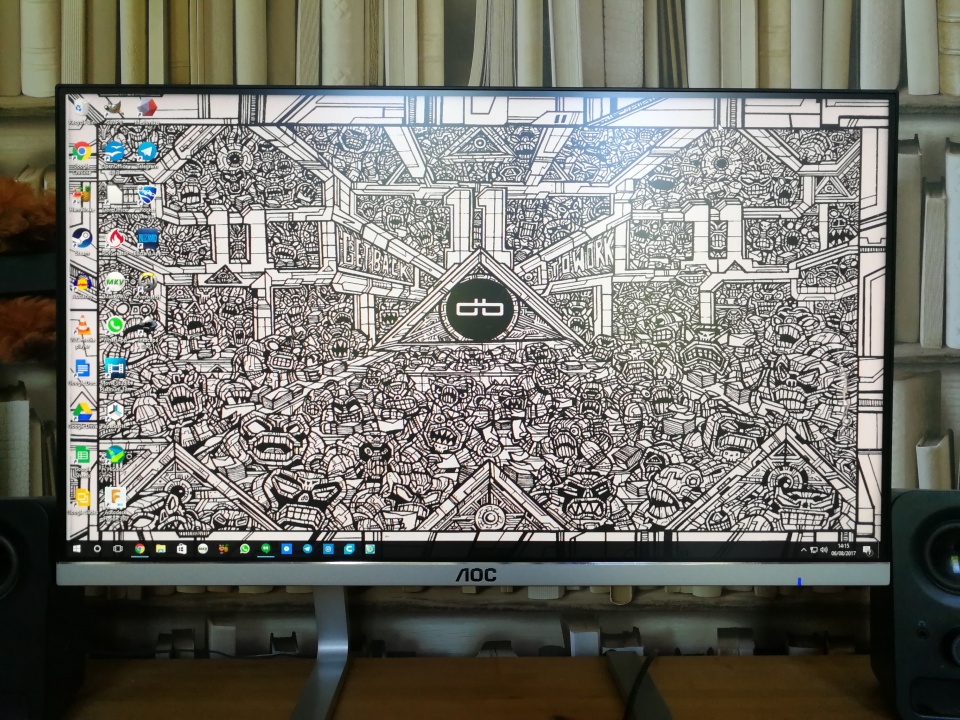 For more specs on the PDS241, check out the product page here 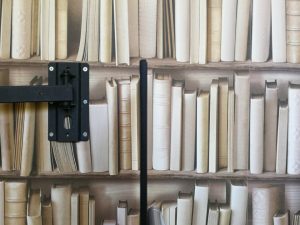 Starting off with how this thing looks… It’s gorgeous. The Porsche Influence here is strong. Matte black and brushed Aluminium galore, nothing superfluous is here and it is absolutely stunning. When you take it out of the box, it’s hard to state how insanely thin most of the PDS241 is. About half of the display on the PDS241 is 5.2mm thin, that is absolutely mind-boggling and also kind of scary. Whilst the PDS241 felt solid and not flimsy at all, I was very conscious of how I held it and how I manoeuvred it. Part of this I’m sure is the fact it is a review device, but the rest is definitely because it is just so damned thin.

The stupidly thin IPS display is backed with some sort of metal, which I am assuming is Aluminium, but will be surprised if it is anything else (steel would be far too heavy). Below the thin part, the PDS241 starts to show the junk in it’s trunk. 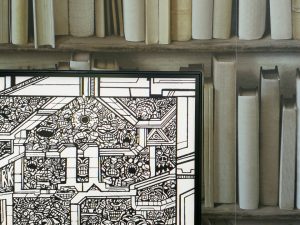 The larger section is obviously where the electronics are located and how the monitor stand attaches to the display panel, I don’t mind this hump, I like the character it gives an otherwise plain monitor.

The Only other thing to talk about is that stand. The “Twisted Metal Asymmetrical stand” that AOC employs here is more than just a stand, because the PDS241 is so thin, even at it’s largest point, there isn’t any room for I/O so the electronics are passed down the stand and in the base is the only way to interface with the monitor, a hidden Mini HDMI plug. So this is actually quite clever, it lets you snake a single wire out from the base of the monitor and you can plug power and video into the monitor that way. Oh did I not mention? That Mini HDMI port is how power is delivered too, so you need a breakout box.

I’ve spoken at length about why I prefer DisplayPort to HDMI, and the PDS241 does nothing to change my mind. The PDS241 could have replaced that Mini HDMI port with a fully enabled Type-C port and a splitter cable so one would go to the power jack and the other had a spare HDMI or DisplayPort port, the Mini HDMI jack also doesnt feel like it is going to last all that long, with this style of monitor you really want to hide that single cable, but the amount of stress being put on that cable makes me seriously wonder how long it’ll hold up. 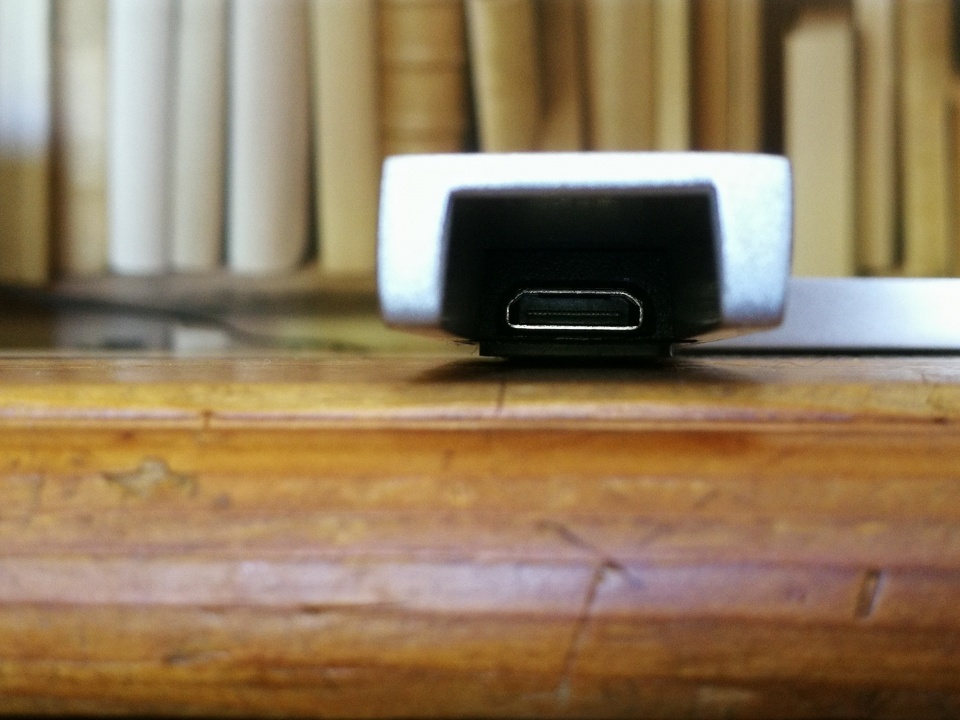 The Other issue with this is that it means there is no monitor mount, no VESA mount for me is an instant no buy, but it does have other problems, for instance there is no height or swivel adjustment on the PDS241, only tilt, and even that has a narrow range. Quite literally the epitome of Form over Function.

So, aside from the issue of the breakout box, how actually is the monitor? Well, I am glad to tell you that it really is awesome. My biggest issues with using the PDS241 are that I’ve been using an ultrawide for the last 6 months so everything felt narrow to me, but if you hadn’t altered your workflow for a wider than average monitor the PDS241 is actually pretty awesome. 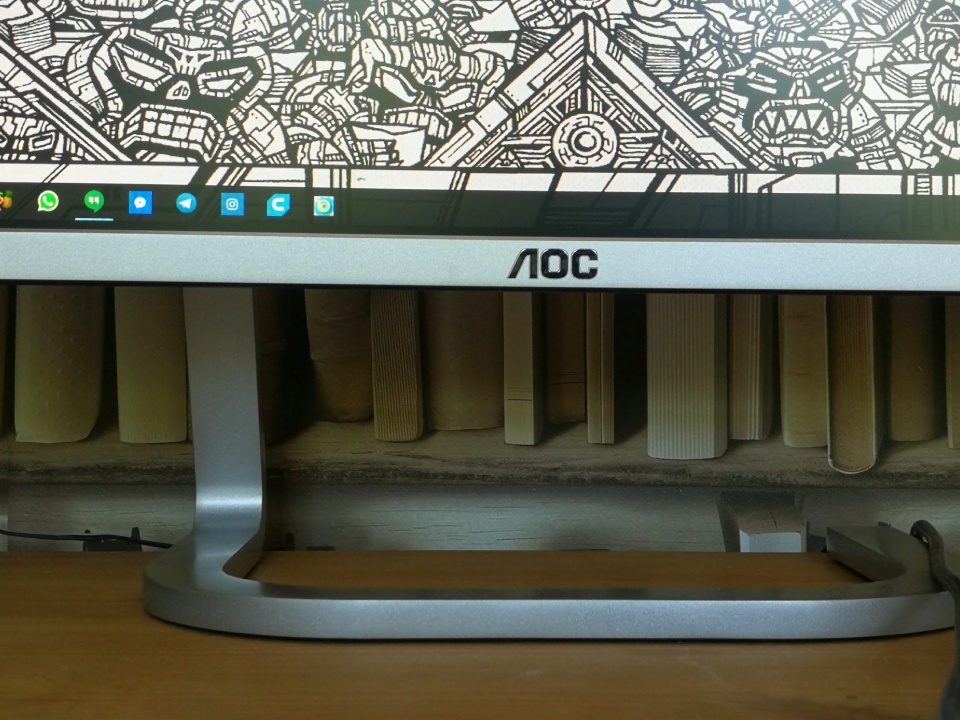 Starting off with the rated brightness, the 250 nits that AOC claim seems to be on the low side, but when in use, the fact that it is a matte panel with those 250 nits, honestly, it felt perfectly fine, much easier to use than a glossy panel and surprisingly I never felt like I needed to jack up the brightness to see something, which is impressive, seeing as behind where I sit are 2 8ftx2ft windows, meaning that on a bright day, this room gets a lot of light, and the PDS241 held up just fine.

So what about refresh rates? Well, I was expecting the 60Hz refresh rate to be a pain as I am used to 75Hz, but once again, I barely felt the difference unless I was frantically moving the mouse around the screen as much as possible. There is no adaptive sync, of the Free or G varieties, and I don’t actually care. The PDS241 is not a gaming monitor and isn’t marketed as one, the 4ms grey-to-grey response times wouldn’t be greatly accepted by gamers either, so I don’t mind that it doesn’t have adaptive sync.

The Last thing I want to note is how bad the OSD (On-screen display) for the PDS241 was, it was absolutely intolerable. After 10 minutes of trying to navigate my way around it on the first day I got the PDS241, I never touched it after that. There is a single button, and it isn’t a joystick like on my LG, it’s just bad, bad, bad design, which is annoying because it’s pretty much the only part of this that is poorly designed.

So, as with all of my reviews, the conclusion comes down to should you buy it? Well, for £200 that the PDS241 goes for you can get a lot of good monitors, be they 1440p or even 4K/UHD ones, the problem is that you likely won’t get an IPS one at those priced and if you do, it likely won’t look as nice as this one does.

So, can you live with a limited monitor maneuverability stand ,only HDMI and a crappy on screen display? Well then if you can, you will get one of the prettiest and most stunning monitors I have used in a long time. I will be going back to my ultrawide with multiple Display outputs (DisplayPort FTW) and built in USB hub, but the PDS241 isn’t built for someone like me, could it be built for you? 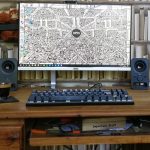