Much like the Soundcore Infini Mini, the Life 2’s were sent over by Anker for me to review, but they very quickly just became tools in my daily life and work that I forgot to review them. The benefit of this is that I’ve had months to use these, and I feel I can adequately review something as subjective as headphones now.

Anker Soundcore Life 2
+ FOR
- AGAINST

Disclaimer: Anker sent these headphones over for the purpose of a review. No money has exchanged hands between either company and Anker have no influence on the outcome of this review and are not monitoring it before it goes live. The Life 2’s were tested in Bluetooth mode on my BlackBerry KEY2, Key2 LE, Huawei P20 Pro, Honor View20, Xiaomi Mi A2 and my Samsung Galaxy Book Windows 10 convertible. 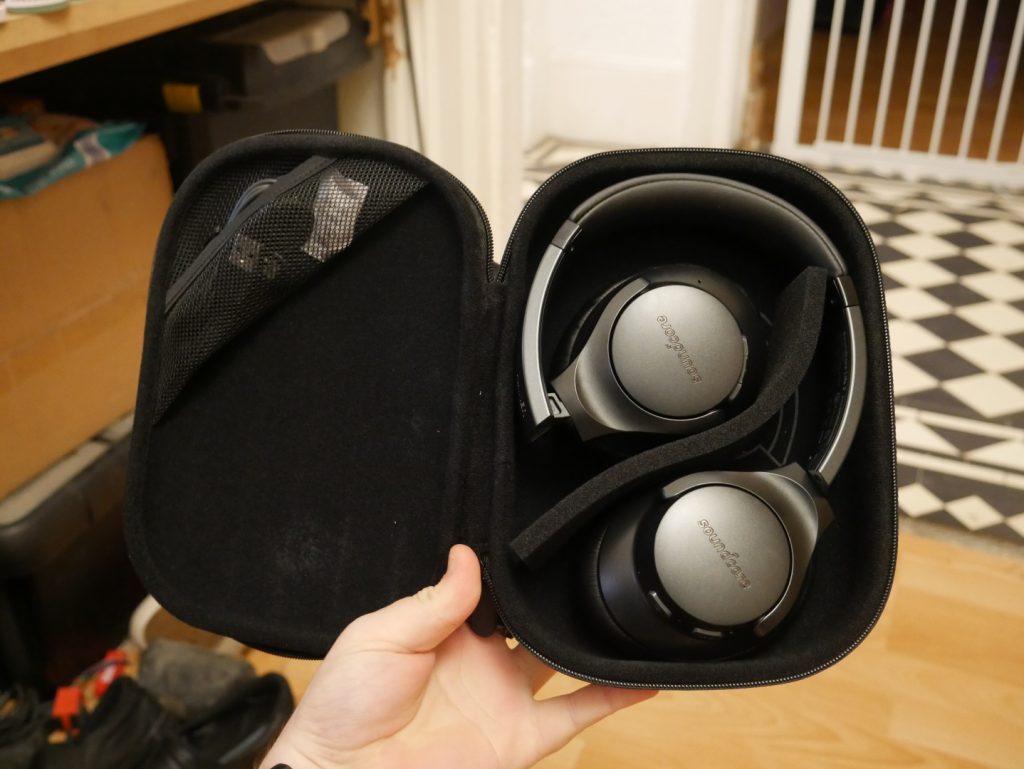 Hardware wise, there aren’t many things headphones need to get right to be good. They need to not creak, have satisfying input mechanisms and be comfortable, and the Life 2’s are mostly there. These are an all plastic affair, but that isn’t a bad thing as this stops them from being too heavy. The plastic does creak though, and from one of the more disconcerting places, the hinges, making it feel like these might not last as long as I’d like. 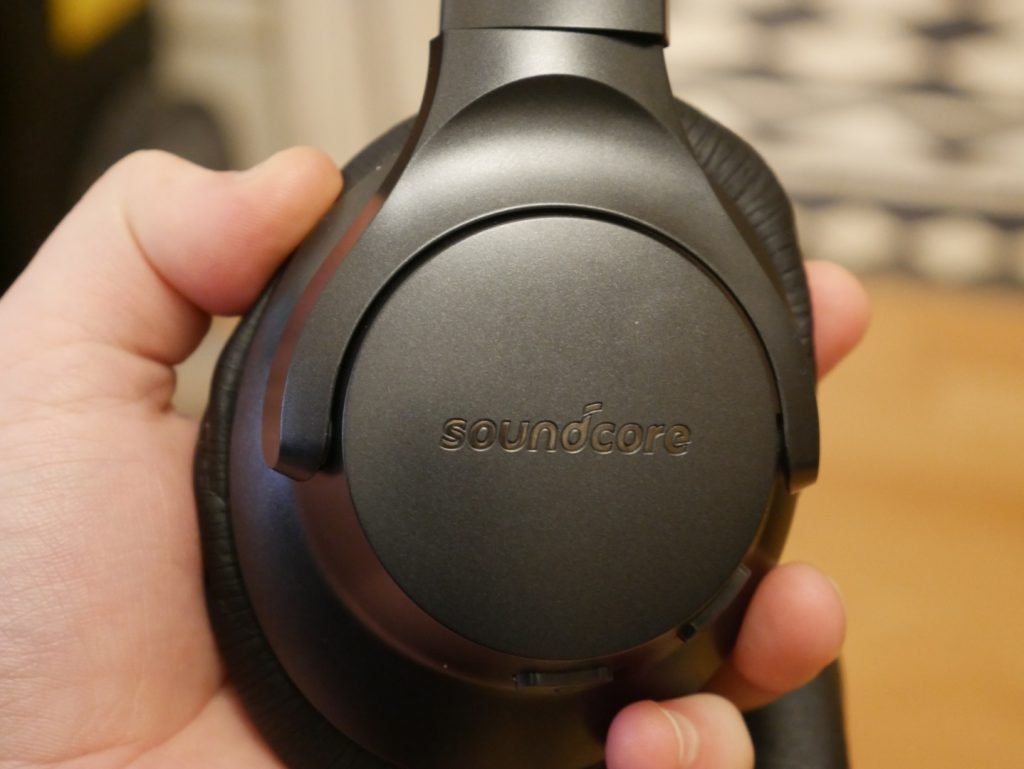 The memory foam padding on the ear cups do make these comfortable to wear, though I do wish they were more mesh-like instead of this faux leather, just so they are a bit more breathable. These are over-ear style headphones, and the cups are large enough that my ears actually fit completely inside the cup with the padding sealing completely around my ear, nice. 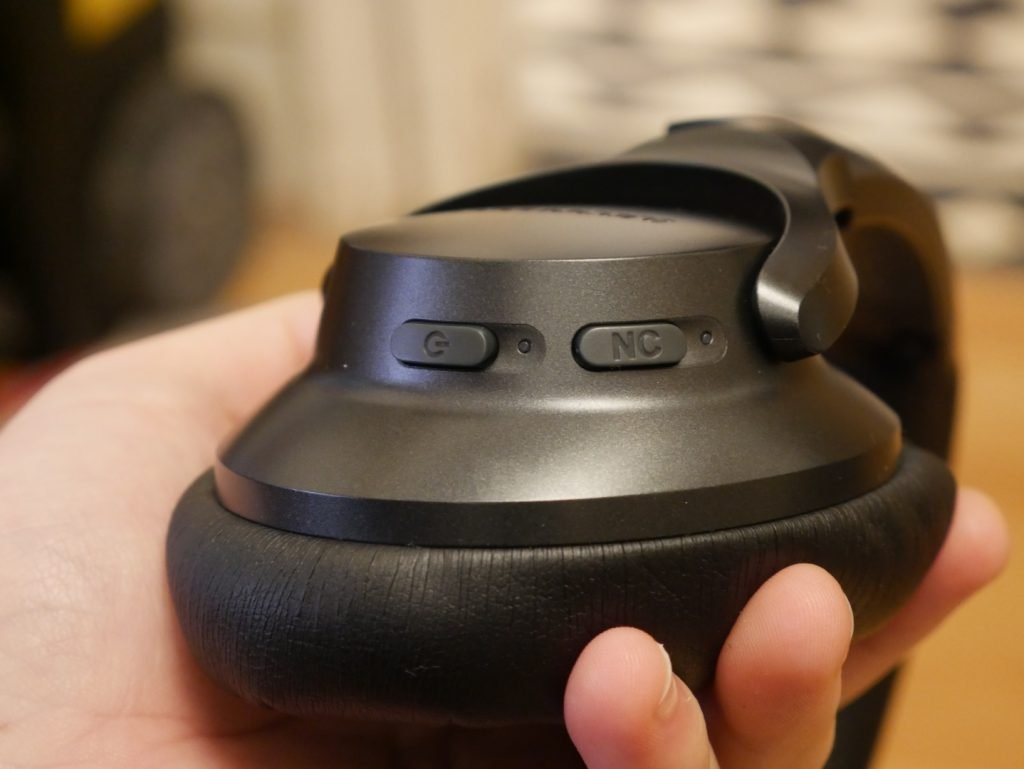 Next one, satisfying input mechanisms, and for the most part the Life 2’s succeed here as well, each cup has a different set of controls. The right ear cup has Play/Pause, volume up and Volume down buttons, whereas the left earcup has power on/off and the ANC button. These buttons do not wobble in the frame,  they have a nice tactile click and are large enough and well spaced that finding by touch isn’t too difficult. If I had to complain about one thing, it’d be the “BassUp” feature, which amps up the bass, and It feels like this should just have its own button, but instead, it shares the play/pause button. A double tap launches BassUp, and I honestly think just adding a separate button on the left ear cup would have made more sense. The right earcup is where the I/O is too, a MicroUSB (yuck) port for Charging and a 3.5mm audio jack for wired listening. 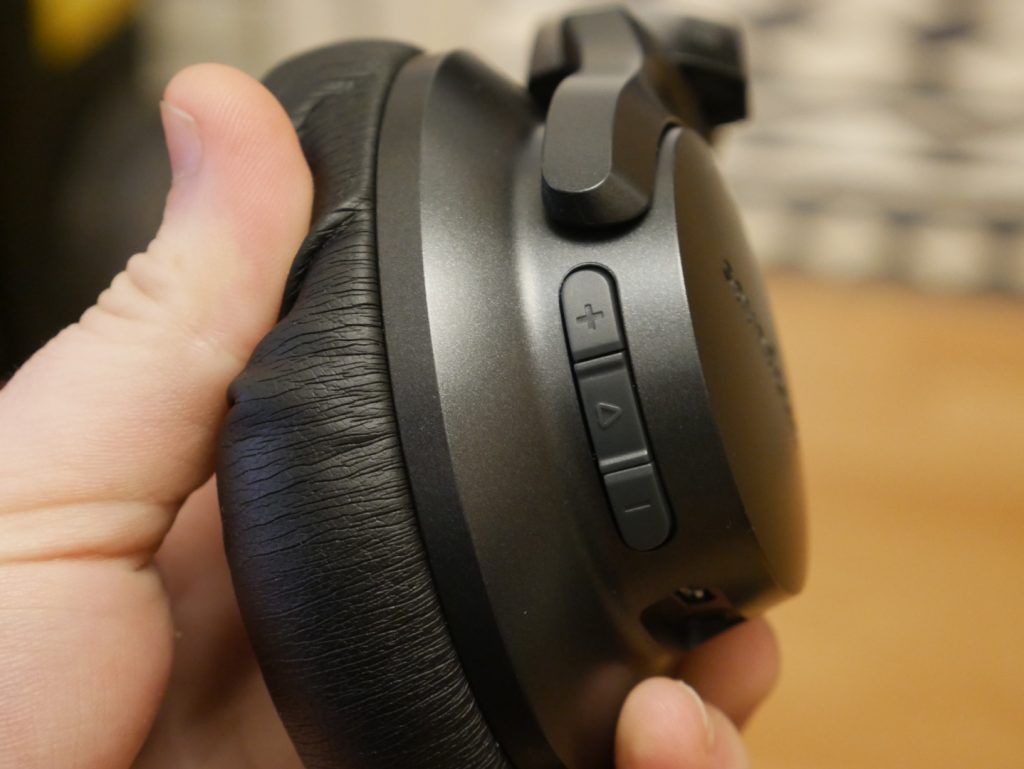 The problem I have with the hardware of the Life 2’s is that they feel a bit insubstantial and hollow in certain places, which is a bit of a shame, because otherwise, they’re comfortable and well made, they just feel a bit cheap and that’s a bit of a hard pill to swallow for their £80 price tag.

Anker is boasting “Hi-Res Audio” on their site and the Amazon listing, but I do not know if this is just Anker marketing speak or if they mean the Sony Hi-Res audio codec, either way, the Life 2’s sound good, really good. They’re not going to replace my ATH-M20X’s when I need latency free closer to reference sound, but pretty much everything else? I live in these. 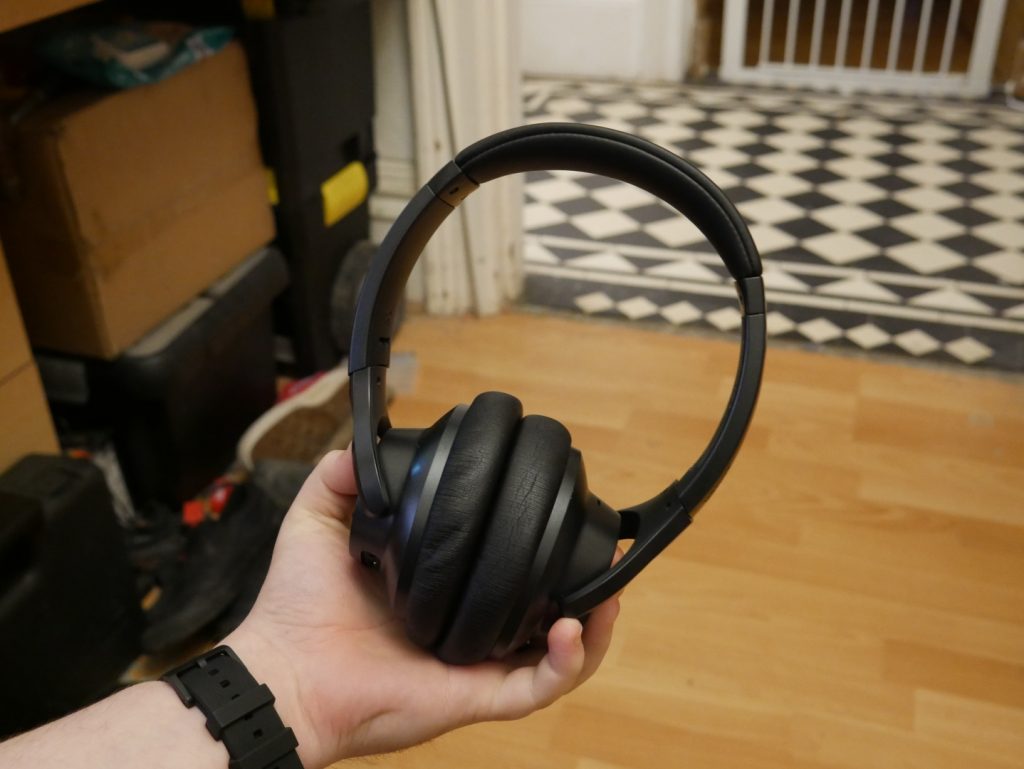 I find the best headphones don’t have to be touched to get enjoyable audio, much like with phone cameras, we test them on how they look right out of the camera, not after we’ve spent hours in photoshop tweaking it, and the same should be done for headphones, and with the Life 2’s, right out of the box I’ve found myself smiling when listening to favourite tracks.

These aren’t the best sounding, most accurate nor are they the loudest set of headphones I’ve tried, but they do, as with most of the Soundcore products I own, hit enough of the boxes at just over good enough that makes them seem so much better. They are not the loudest headphones (though they are decently loud) but add in the Active Noise cancelling, and the Life 2’s become different, more spatial and, for lack of a better word, comforting. 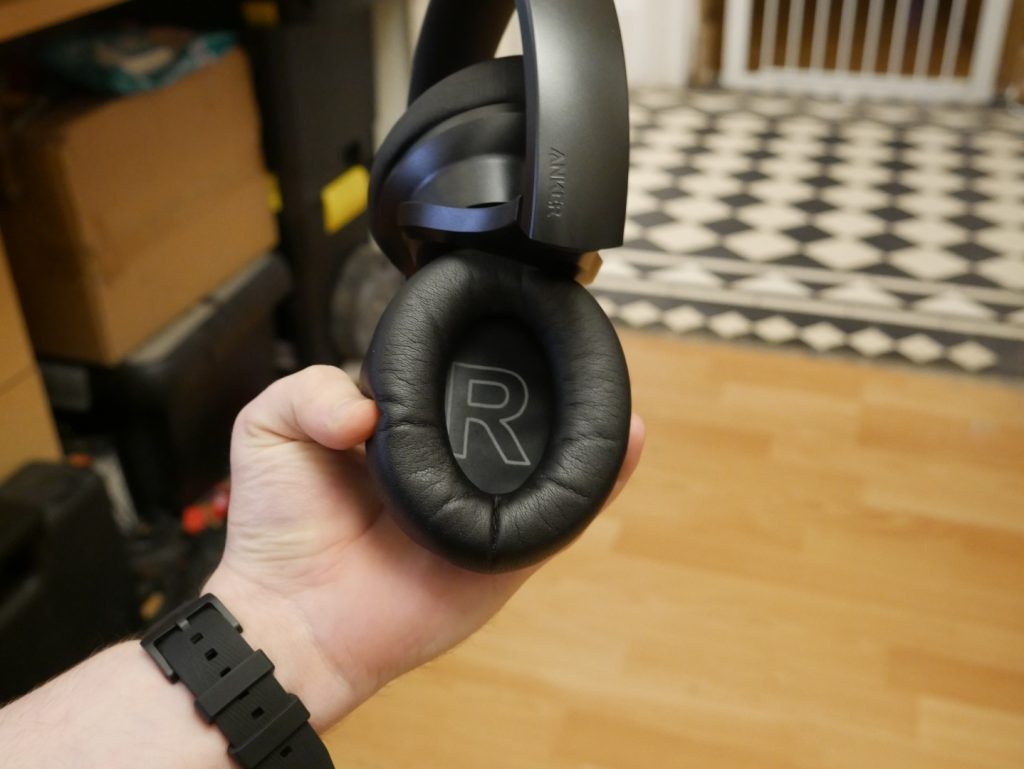 That is how I would describe the acoustic experience of the Life 2’s; comfortable and content. In the same way sitting on the couch, snuggled in a comfy blanket in front of the fire watching your favourite show is comfortable, turning the Life 2’s on and listening to your favourite tracks are likewise. The soundstage is sufficiently wide for closed backed headphones, but as I said, the reduction of ambient noise gives that sound more “space” to move around it, it’s hard to explain, but it works really well.

If I had to complain about one part of the sound, it is the “BassUp” feature. Aside from the fact it’s pretty well hidden, It didn’t make all that much of a difference In my opinion, so much so that in some tracks I had to toggle it to make sure it was on, and even then, I wasn’t sure, another reason why a separate button and LED would make more sense.

Kind of a big part of Noise Cancelling headphones is the active noise cancelling, and how do the Life 2’s do here? Only ok, and I’m a little upset.

The ANC on the Life 2s works, but it isn’t nearly strong enough. This is made worse that I started testing these a week or two after sending back the Sony WH1000X M2s with their incredibly ANC, but I just feel like the Life 2’s have strong enough ANC to say they have it, but not really strong enough to be useful in many situations. 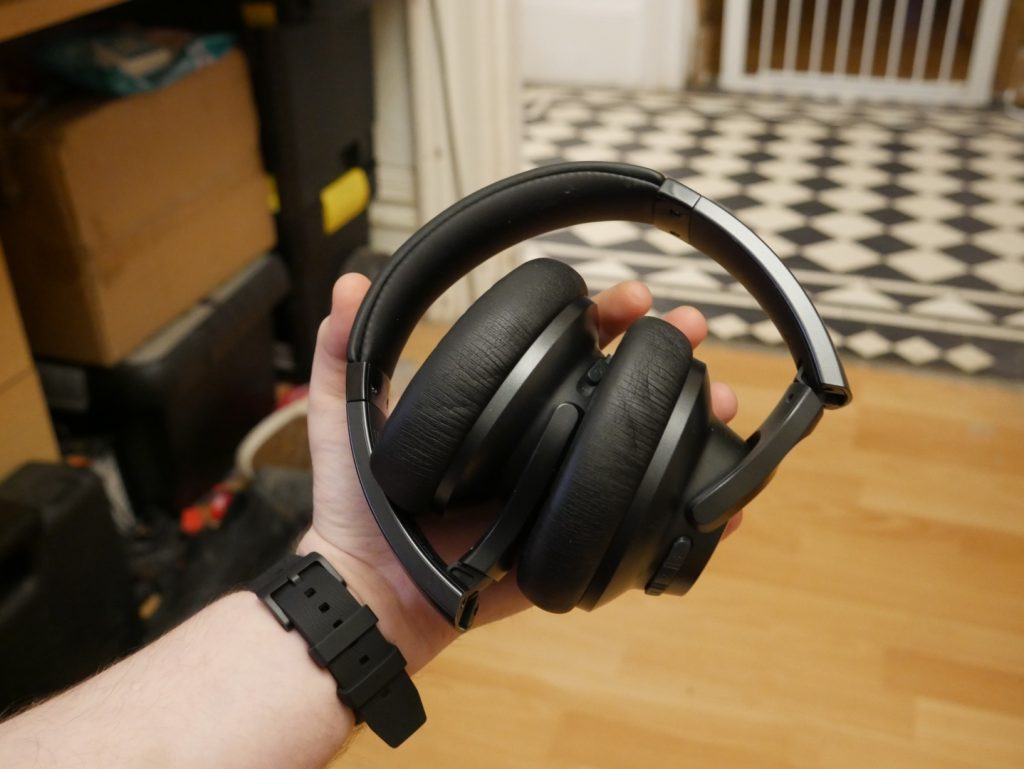 Something I will say, when I had a 3 day migraine, the Life 2’s came to my rescue. Locked in my room, lights off, all curtains closed, the Life 2s helped block out the last bits of noise from the world, and they lasted long enough to wear all day, and were comfortable enough to sleep in without issue, so credit where it is due.

Battery life on the Life 2’s is impressive. Anker claim about 30 hours in wireless ANC mode, 60 hours in wired ANC mode, and infinite in wired mode no ANC. Whilst I didn’t test the 60-hour claim, I feel like 30 hours is being a bit too conservative here, I was easily able to get over 5 days of use out of these with 6-8 hours a day. The issue is charging, like the majority of Soundcore products, the Life 2 still utilises a MicroUSB port for charging and eurgh, I hate it, I detest it, It makes charging them more of a pain I just want this fragile, crappy connector out of my life already. 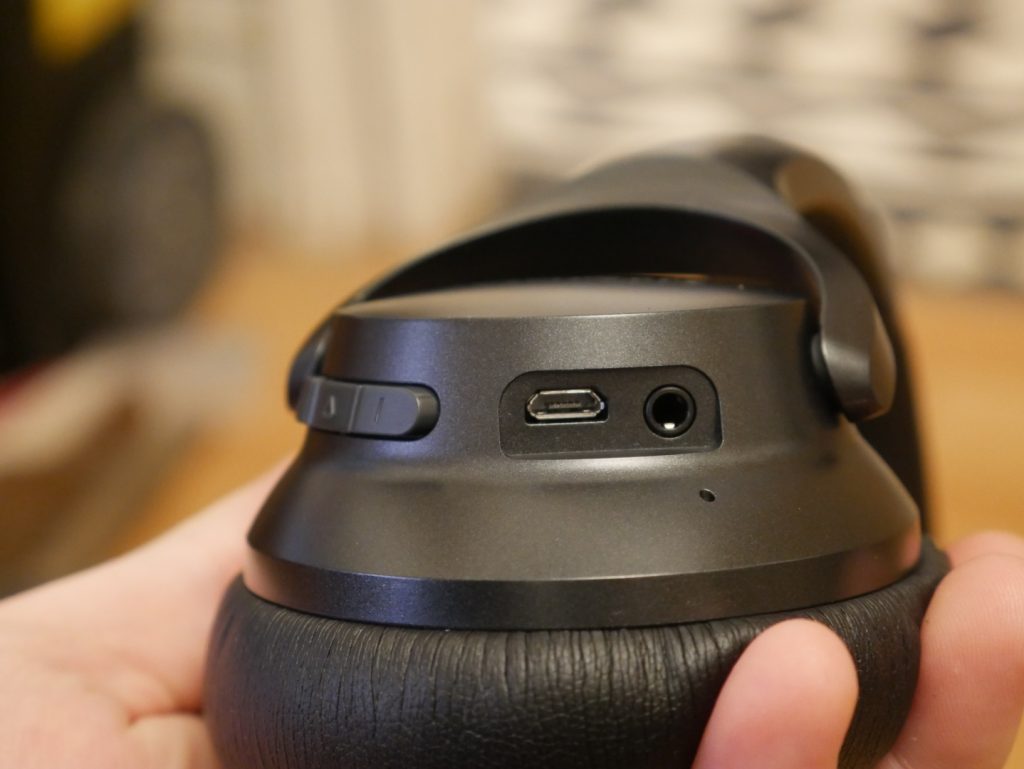 One annoying thing is the low battery warning, it just randomly starting beeping at you at a set interval until you get annoyed and just plug them in

With Bluetooth 4.1, the Life 2’s aren’t on the newest Bluetooth standard, but they’re close enough. I’d have prefered 5.0, but seeing as their soundbar comes with Bluetooth 2.1, I can’t really complain. There is also a 3.5mm headphones jack for wired listening if that is your thing.

With the Bluetooth devices I’ve used the Life 2s with, I’ve had next to no problems, in fact they only problems I had where an old Bluetooth adaptor for my PC that was quickly changed for a new one, and bobs your teapot, everything was fine, pairing times were nice and quick, It remembers what device it was last connected to, and had no issues with distance from my phone or computer.

Having read the review, you’d think I’d be all over the Life 2 headphones, and I am, but as always it comes down to one last thing, the price. I think this is where the Life 2 stumbles. Anker is charging £80 for these, and I think that whilst these are good headphones, they aren’t worth £80. 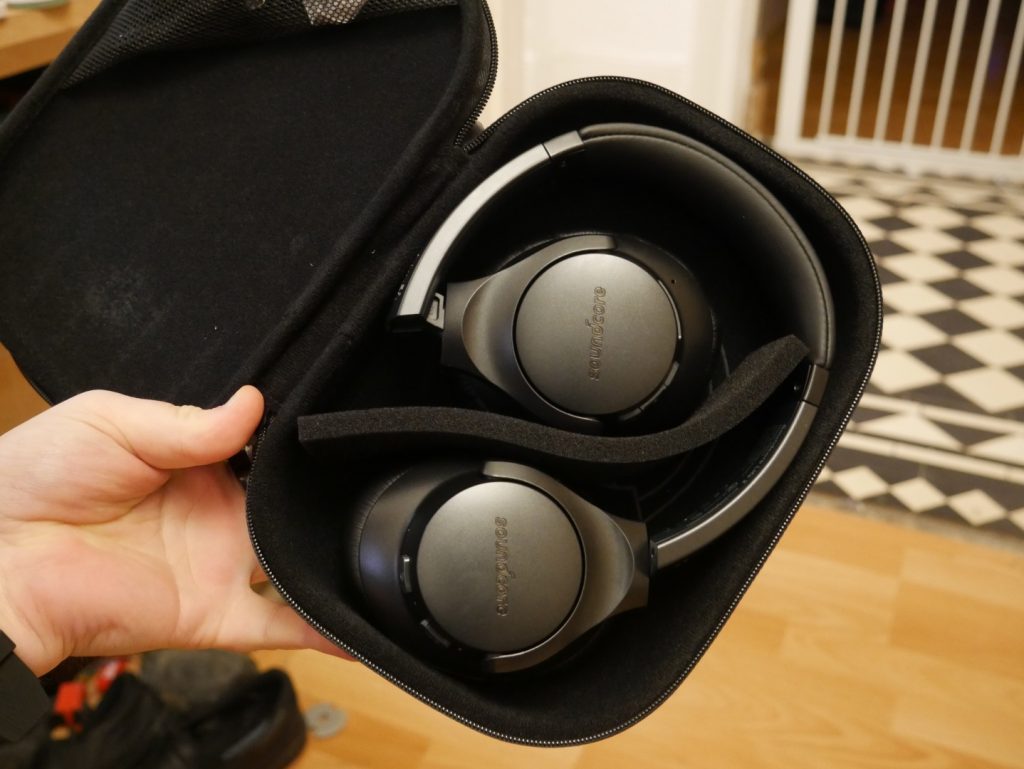 Drop them to £60 or even £50 and I think these would fly off the shelves, but the big kicker for me is the ANC. It is there, but it is much weaker than I’d expect, and if that is what Anker are using to justify the higher price, then it should go because, in some scenarios, I’d barely class these stunning headphones as noise cancelling at all. 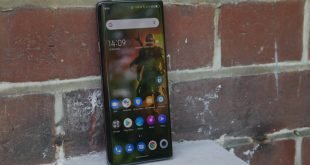