Chargers aren’t interesting, at least they weren’t. You got one with your phone, it was fast enough (unless you bought an iPhone) and that is it. Occasionally, you get devices shipping with great fast chargers. Huawei with their SuperChargers and OnePlus with Dash/Warp chargers, but for the most part, chargers aren’t interesting, until now. Let’s take a closer look at the Anker PowerPort Atom PD1 in my full review.

Disclaimer: Anker sent me this charger to review, but I have actually bought 2 of these full price as a consumer since then. Whilst the item was provided free of charge for the purposes of a review, Anker has no editorial say in the outcome of this review, nor are they seeing it before it goes live.

What makes a charger interesting again? Well, not much, but also something pretty big. Without going into too much specific technology. What people think of when they hear “circuits” are usually made of Silicon (not Silicone, that is something completely different). Silicon is a semiconductor, meaning it conducts electricity in a pretty good way, meaning we can manipulate it to do what we want. But, the downside to Silicon is that we’re getting to the end of how we can make it better, so we started looking for new materials, and that is Where GaN comes in.

Gallium Nitride is better than Silicon in every way that matters except one, cost. The reason Silicon got so cheap is that it is used everywhere, so once economies of scale kick in, we are going to see a lot more chargers like the PD1. small, high power chargers that don’t take up a lot of room, don’t get hot and are safer to boot, now that is progress.

So, aside from the size of it, what’s so impressive about the Atom? (I’m not calling it the PowerPort Atom PD1 for the entire review) well, because of how much more efficient GaN is at transferring power than Silicon, it doesn’t get nearly as hot. You ever pick up a laptop charger whilst it’s charging? Even some of the smaller laptops have 30-45w chargers, those get pretty damn toasty. The Huawei Superchargers moved the hot bits from the phone into the plug so it could eke out those 22.5w (40w in the newer phones) those also get incredibly warm. The Atom, when pegged at a near constant 30w load (charging my Galaxy Book), wasn’t any warmer than room/body temp, or nothing that I could perceive.

And whilst the Atom might not be as small as it looks when put next to the 5w Apple charger, it is still remarkably small for something of this power output. This is a fully USB-PD compliant charger, with a peak operating wattage of 30w, given a long enough USB-C cable, that’s your iPad Pro or your 12” Macbook sorted. Sure, the UK plug does inflate this minute plug a bit, and other companies have made foldable UK plugs, like the Mu folding plug, and even the original Apple watch plug had folding pins for the UK market, but I digress.

Now, there is no denying that the Atom is expensive, even for a 30w charger, but it is doing something that nothing else is doing yet, making a small, affordable high wattage power adaptor for consumer electronics that don’t look like a miniature power station. This is sleek, this looks cute, it’s small, it is a soft eggshell texture and colour. It’s inviting, I just keep showing it to people and saying “look how cute it is” which is weird, because it’s just a charger but that’s what Anker has been able to do, they used the launch of new technology and a new product to make something mundane, interesting.

Do you need a 30w charger? I don’t know, but I sure as hell appreciate having one around when I need to quickly top up my phone, or my laptops, all of which have USB-C and some form of USB Power delivery. The USB-C plug on the charger itself makes it look somehow even more adorable and futuristic, it’s new tech powering it (GaN) and it’s a new socket (USB-C) delivering it, this is a future product, today, and that’s awesome.

If you have an iPhone, you know how slow it can charge, and you likely know that buying an iPad Charger speeds things up, that is because the iPad is a higher wattage charger, roughly 18w compared to the 5w of an iPhone charger, this is even further, at 30w this can charger your Macbook, or your pixel slate. It can even trickle charge your MacBook Pro if you aren’t using it, sure you can buy a 30w or higher charger and do the same thing, but it is not going to be this small, it will be a hot mess (literally) and likely going to cost a bit less, but also won’t be as aesthetically pleasing.

Sure, it is going to be a pain to have to buy USB-C to whatever cables you need, and it does annoy me that for the £40 this costs, it doesn’t come with a cable, but USB-C is the better connector type, and we are seeing more devices ship with Type-C on both ends, so you’re going to end up buying them anyway. The only issue here will be Type-C to Lightning cables, those are heavily regulated by Apple and need to be part of the MFI program to work properly, but guess who is happy to sell you one? Apple. But also Anker, who have their great Powerline II set of cables which plug into th9is and are MFI certified. 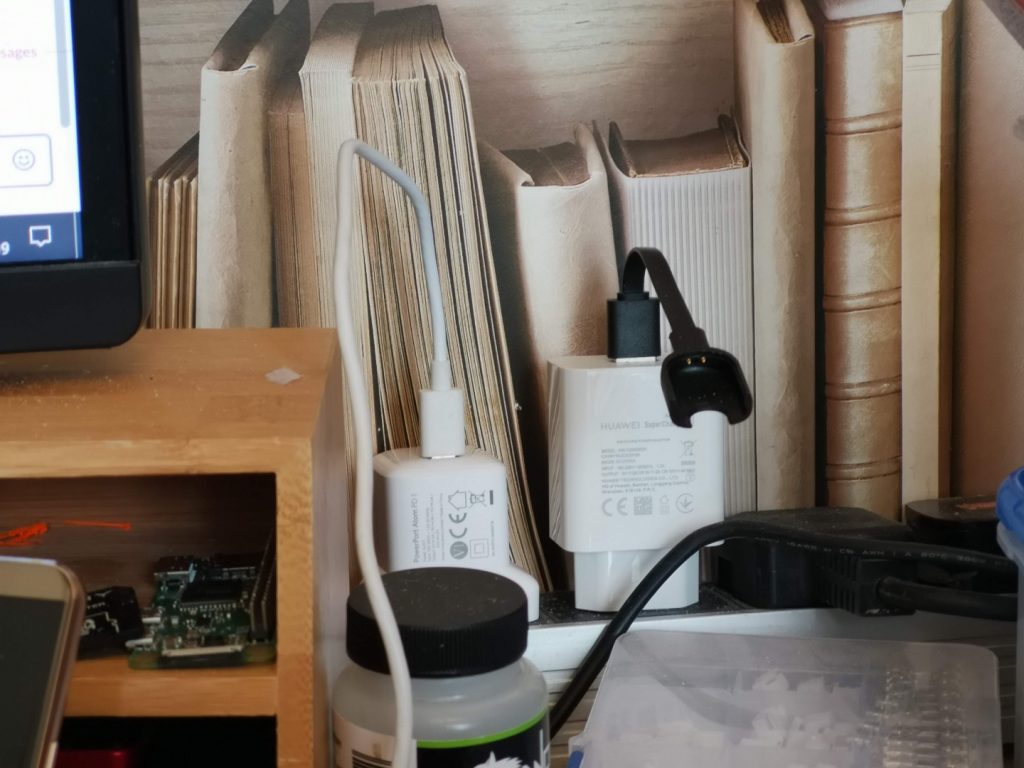 Do you need a 30w charger when all you’re charging is your phone? No, likely not, but it does open up a world of new possibilities. Do you have a Nintendo Switch? You just got a spare high powered charger for that? Same for an iPad or recent Samsung Tablet. Got a Microsoft Surface Go? Boom, faster than out of box charger.

Like I said, I’ve got chargers all over my house, and sometimes you can’t hide power outlets, so you want the smallest, sleekest charger available, and that is why I have sincec receiving this bought 2 more Atom PD1’s for my house for my Kitchen and my Living room, now instead of having small older plugs that charge at a measly 5w, I can quick charge when in the kitchen or watching a film, not needed, but sure as hell nice to have.