There’s nothing worse than persistent, niggling pain is there? The pain muscle issues can give gnaws away and throbs constantly and for many is unbearable. I wholeheartedly agree, and at the first sign of pain, being the wimp I am, I throw myself at the mercy of painkillers. This isn’t always a good thing though as tolerances can be built up and overuse isn’t great for other parts of your body or your long term health in some cases. The MiTouch from NuroKor, a UK-based tech startup, looks to deliver pain relief without the need to pop a pill.

The device comes with several sticky pads that attach to the affected area, so they can be used during the day while relaxing or even while sleeping. Athletes and fitness fans use the device on certain settings while training for extra strength gains.

The product, designed and developed in the UK by healthtech startup NuroKor, is already used by doctors, physiotherapists, chiropractors, sports scientists, well-known athletes and patients around the globe and is now available to buy online by the public.

It’s used to treat chronic back pain, post-surgery pain, sports injuries, cramps, symptoms of MS and even headaches when applied to the neck area. Current ongoing research has shown it can help diabetic patients at risk of lower limb damage by increasing circulation to this area of the body.

Among the A-list athletes using NuroKor’s technology are 2016 Olympic gold medallist Susannah Townsend MBE. Susannah was struck with a knee injury before the Rio 2016 Olympics and puts her quick recovery down to daily use of a bio-electrical stimulation.

“I was using bioelectrical muscle stimulation four times a day and I was even using it on the plane to Rio. I don’t think I would have made it onto the field, let alone go on to win a gold medal, if it weren’t for this kind of technology.” – Susannah Townsend MBE

Pippa Funnell MBE, an equestrian eventer, is also a proponent of the technology in between training.

“I’ve used many bioelectrical devices like this before, but there’s nothing like the devices developed by Rick because the technology is so advanced.”  – Pippa Funnell MBE

NuroKor CEO Rick Rowan quit his career in real estate to develop the MiTouch device technology when, several years ago, he was looking for a solution for a back problem he’d suffered from for 30 years, doctors told him to ‘just take Paracetamol’ every day for the rest of his life. While looking for drug- free pain remedies, Rick came across research into bioelectric treatments and saw its potential.

Wanting to show people that natural pain relief is an option, Rick moved his young family from Australia to the UK whilst founding NuroKor and threw himself into the research, which resulted in the development of MiTouch.

“I hope the MiTouch can bring relief to millions of people – not just people with injuries and health conditions but also recreational sports people who want to rehabilitate their strains more quickly. I created earlier versions of the technology but through NuroKor we have developed the technology to create a new KorOS operating system, and there’s no treatment like it in the world.” – Rick Rowan, CEO, NuroKor.

We’re going to try and get hold of one of these to run the rule over it as commercialised health tech like this is a great step towards delivering in-place healthcare and taking the burden off some of the services we take for granted. For now though, the NuroKor MiTouch device is on sale from their website for £399. Head on over and check out their story in more detail at NuroKor.com. 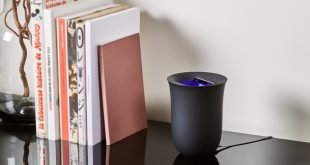 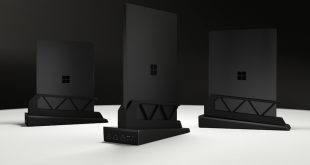 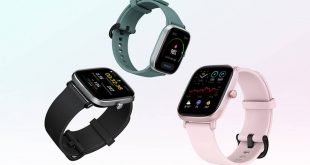 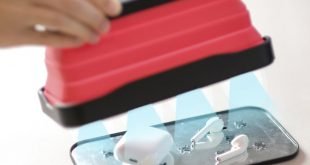