Samsung Galaxy Note 7 Officially Announced: On the Edge of Glory

Samsung and its Note series of devices are something that everyone in the technology space can get excited about. In many ways, the Note line of devices have surpassed what the Galaxy ‘S’ line have to offer when it comes to its hype factor and overall interest. As times have changed, so have opinions on larger built devices. There was once a time when people laughed at Samsung for the sheer beefiness that the original Note encompassed in the early months of 2011 — with people of the belief that a larger phone isn’t entirely the way forward for smartphones, and it taking on more of a ‘tablet’ approach.

5 years later, and the Note line has effectively become Samsung’s flagship line next to the ‘S’ series. Enthusiasts and evangelists alike had a change of heart, and had gotten used to the sheer size of the Note series, as it had a lot more benefits to keep you interested if you were willing to put up with a little bit of heft and bulk that was in the most minuscule of amounts compared to their smaller ‘S’ series.

Today, Samsung has launched its latest venture into the Note series, the Galaxy Note 7. While there is no reason as to why there is a sudden jump from 6 to 7, we can only assume that it’s to stay in consistent barriers with its S line of devices, and maybe to keep a certain fruit at bay.

So, without further ado, this is the Samsung Galaxy Note 7

Specifications: Sticking with an S Curvature 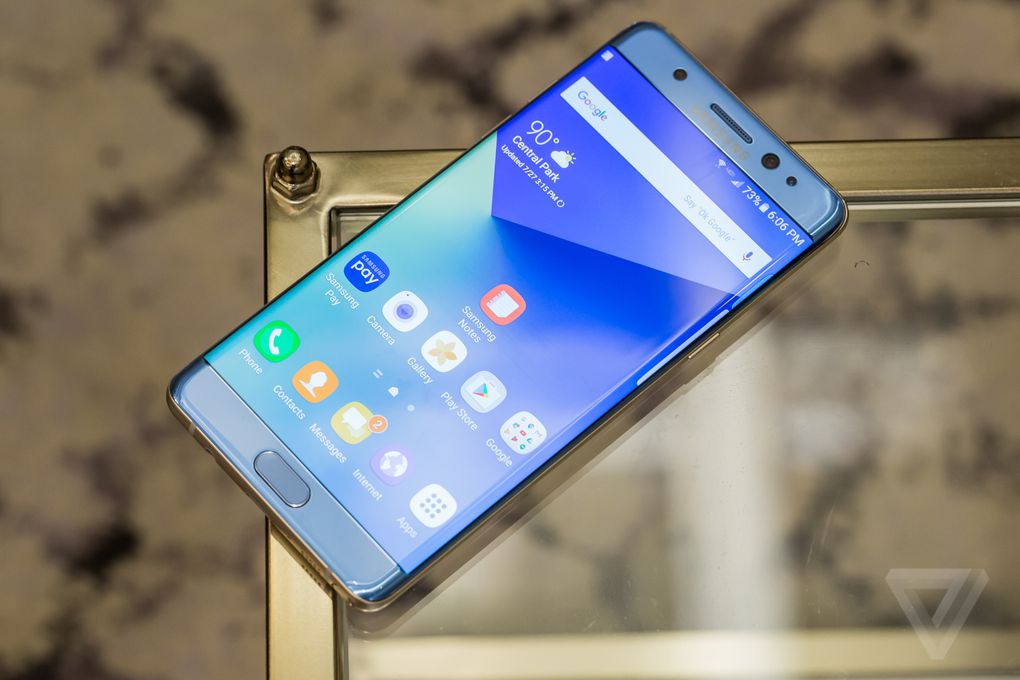 The Galaxy Note 7 follows on from the Galaxy S7 in terms of specifications. It touts a Snapdragon 820 for US markets, with the other markets touting Samsung’s own Exynos processor. It has the same capabilities that we have become accustomed to with Samsung in recent memory: both Qi and PMA wireless charging and quick charging — and a surprising firm stance on the camera front, with the Note 7 repping the same 12MP OIS with f/1.7 lens that the S7 line of devices has. Also following on from the S7, the Note will have 4GB of RAM to accompany the Snapdragon (or Exynos) processor. The Note is also water resistant, just like its brother, with an IP68 certification. For storage you’re look at one baseline storage capacity which is 64GB, and if that isn’t enough for you, MicroSD card support has made its return to the Note line. One big change that you will not see in the Galaxy S7 is USB Type-C, which the Note 7 has and is a first for a Samsung device. 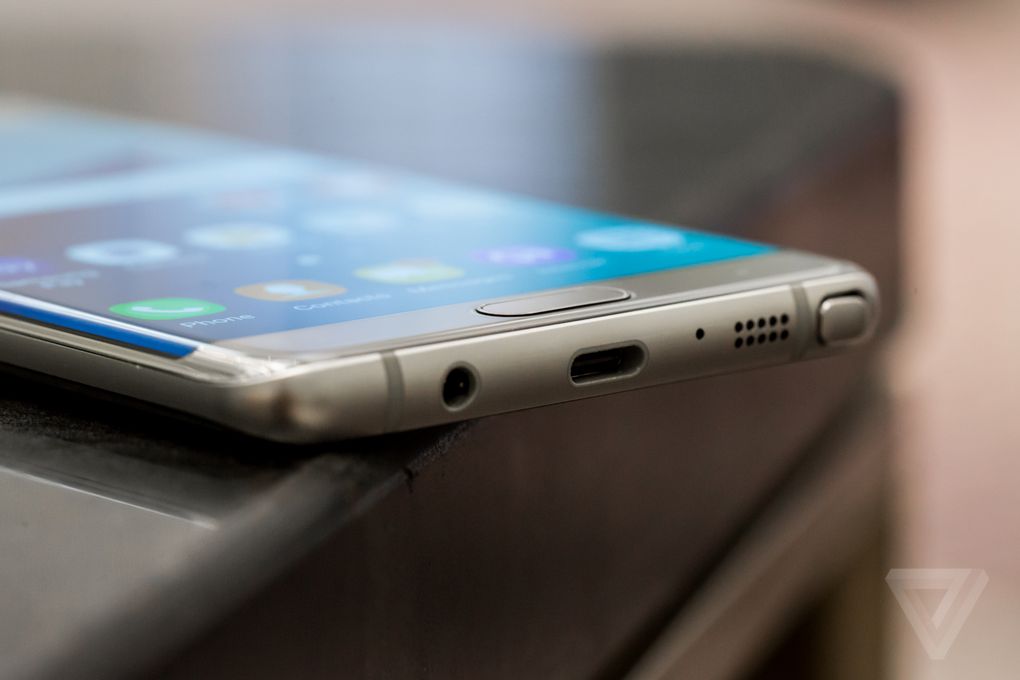 [perfectpullquote align=”right” cite=”” link=”” color=”” class=”” size=””]In terms of build quality and presentation, the Note 7 takes on a mirrored image of what the S7 edge looks like, almost mistakingly thinking of it as an S7 edge Plus.[/perfectpullquote]

With a dual curved back and front to the device, both of which layered with a piece of Gorilla Glass 5 for protection, you’re going to be hard pressed to discover any immediate hardware issues with this device. The biggest differences between the S7 and the Note 7 is its screen size, with a slightly larger 5.7-inch dual curved quad HD Super AMOLED display, with the same resolution of 2560 x 1440.

Samsung weren’t there to enrage a new spec war today, though. They had bigger tricks up their sleeves to entice users to switch over to the newly-invigorated Note line in its hardware and software features.

It wouldn’t be a Note without the Stylus, so Samsung decided to give it somewhat of an upgrade this time round, with the major of upgrades being that it is now water resistant. On the same note (no pun intended), the stylus itself has had a minor facelift, touting a finer point, and almost twice the pressure sensitivity from last year’s model (4,096 levels, as opposed to 2,048 on earlier models).

The main differences from its predecessor is its software features, with a magnifying loupe, quick text translation tool, and an easy to use tool to create GIFs from any video that is playing. 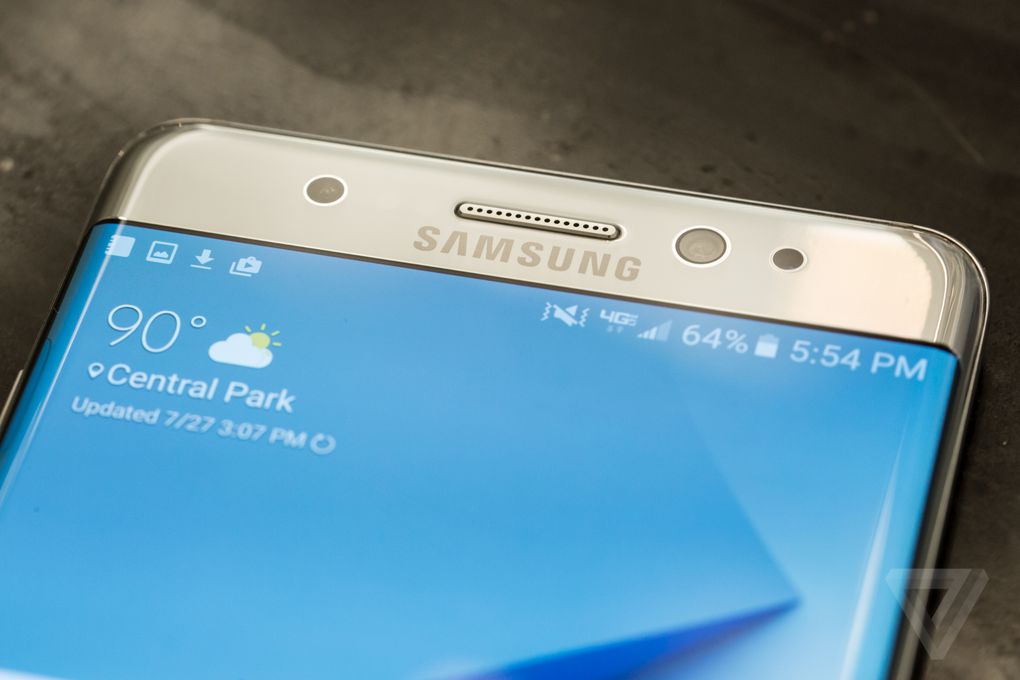 If you were to look at the Galaxy Note 7 from the front, you will immedietely notice the rather prominent circle residing next to the earpiece — this is something Samsung have been working on for a good number of months now for your extra security needs, which is the Iris Scanner. Having an Iris scanner isn’t anything new, and has been around in Laptops for a good while now, with Microsoft really going forward with this innovation.

What the iris scanner does, in effect, is make an even simpler solution next to the already included fingerprint scanner. When the feature is enabled, you turn on your phone’s screen and place your eyes in the frame to read your iris – and if it comes back with a match – your phone will unlock instantly. 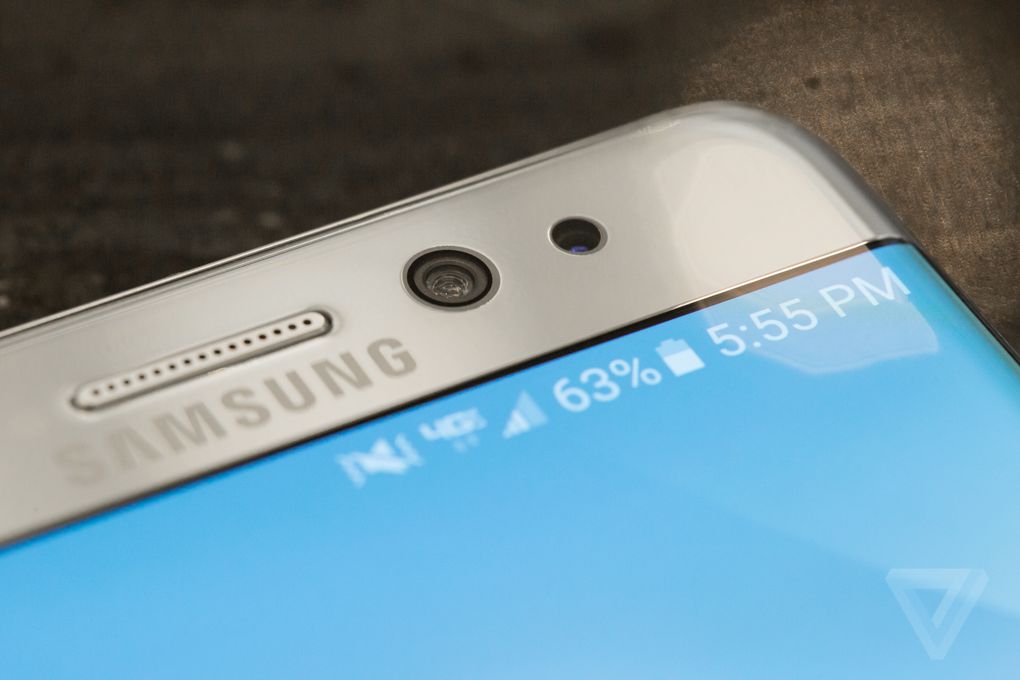 From the sources that are there at the event today, it’s hard to tell if it’s any quicker than the current fingerprint solution, so we will have to find out when we get our hands on it.

The Galaxy Note 7 is priced, unsurprisingly, slightly higher than its little brother at $770 to $800 in the US, with pre-orders going live tomorrow (August 3rd).

For the UK, pre-orders go live on the 16th August with no official pricing to be unveiled as of yet.

An Impressive Year for Samsung

Samsung have been on somewhat of a tear this year, showing everyone and anyone around them that they’re still firmly in front when it comes to Android Smartphones. [perfectpullquote align=”full” cite=”” link=”” color=”” class=”” size=””]The Galaxy S7 had astronomical success, with its sumptuous looks and excellent camera, and the Note 7 follows on from that, increasing its value and worth tenfold in the process. [/perfectpullquote]

The Korean company proved a point and increasingly improved on that point when they launched the original Note, bringing bigger devices to a wider market and reaching the top of the ladder with the greatest of ease in the process
the Note 7 isn’t going to entice the people that are firmly grounded in the spec wars camp, it’s meant for the consumers that enjoy a larger device with an exceptional user experience. This is what Samsung do best, and you won’t be hearing the last of the Note 7 after its official launch date of August 19th.