Mobvoi Launches the TicHome Mini: An Alternative to Google Home

Amazon recently opened Alexa up to third-party device, and now Google is doing the same. Mobvoi are the People behind the TicWatch series of devices, both the TicWatch 2 that I reviewed here, and the recently announced TicWatch S and E, Android Wear Watches, Today though, They’ve shown that they’re serious about their AI play and have partnered with Google to be one of the first brands to bring out a Google Assistant Enhanced speaker.

The TicHome Mini is not a large device, hence the mini in the name, it’s about the size of a UE Roll, but it’s thicker, to thankfully add a much better speaker. The Mini comes in a wide range of colours in the aluminium frame, including Black, Blue, Red and White. This Aluminium frame gives the THM a nice heft and a feeling of Solidity that you’d not expect, given something of this stature. 276g is rather massive, but not in a bad way. 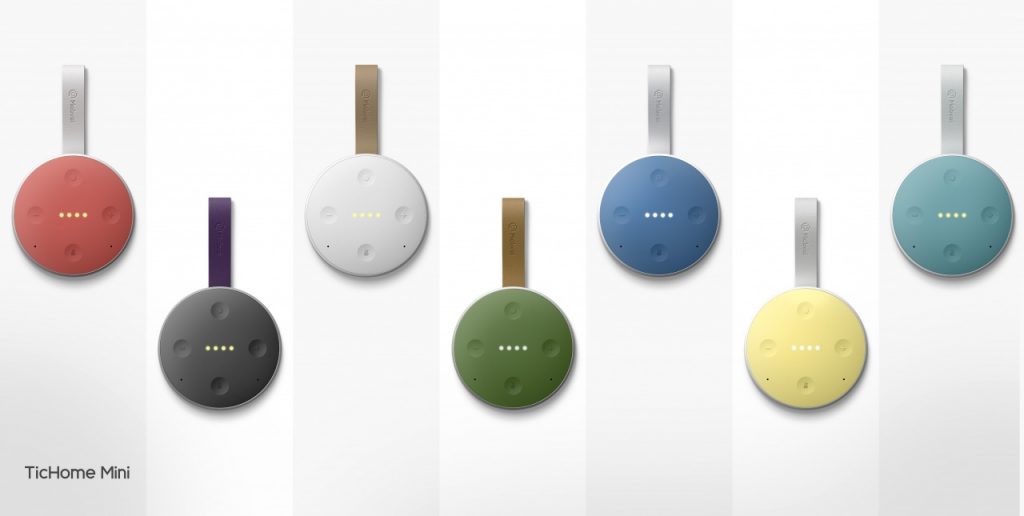 On the top you have a soft touch plastic/rubber covering, under which there are 4 buttons, volume Up/Down, mute and Activate. There buttons are indented so that they are both easy to feel and know when you’ve pressed. In the middle of this is the 4 LEDs, letting you know that the TicHome is listening or thinking about something, I believe these are RGB ones, the same as the Google Home.

The Dual Microphone array on the top is an interesting choice. Google Goes with 4, and other devices we have seen with just two (The Anker Eufy Genie) 2 Is not always enough, especially when you have the music playing, But this is something we cannot test until we get one in the office.

Lastly, the TicHome Mini is Portable, with its built-in 2600mAh Lithium-Ion Battery and MicroUSB (Boo) Charging Port, you can apparently expect up to 6 hours of standby time with the WiFi connected, once again, not sure how this will work out in the real world but It’ll be interesting to see. Also lending to the portability, the THM has a Leather loop on the rear, which is thankfully removable so that you can move it around or dangle it with you… for whatever reason.

Here at MobileTechTalk we are a bit of a fan of the Mobvoi people, and the TicHome Mini does nothing to sour that, we hope to get one in for review in the coming weeks.