Since the US banned Huawei from, well practically everything, that also affected Huawei subsidiary Honor, all the mobile sanctions that affected Huawei’s P line and Mate lines of phones also affected Honor’s Magic and number flagships, as a way around this Huawei sold off Honor to a state-run consortium in china, now free from Huawei’s restrictions Honor is able to once again work towards getting phones and tablets out (although potentially not for long), so let’s have a look at the first one coming back to Europe, the Honor 50. 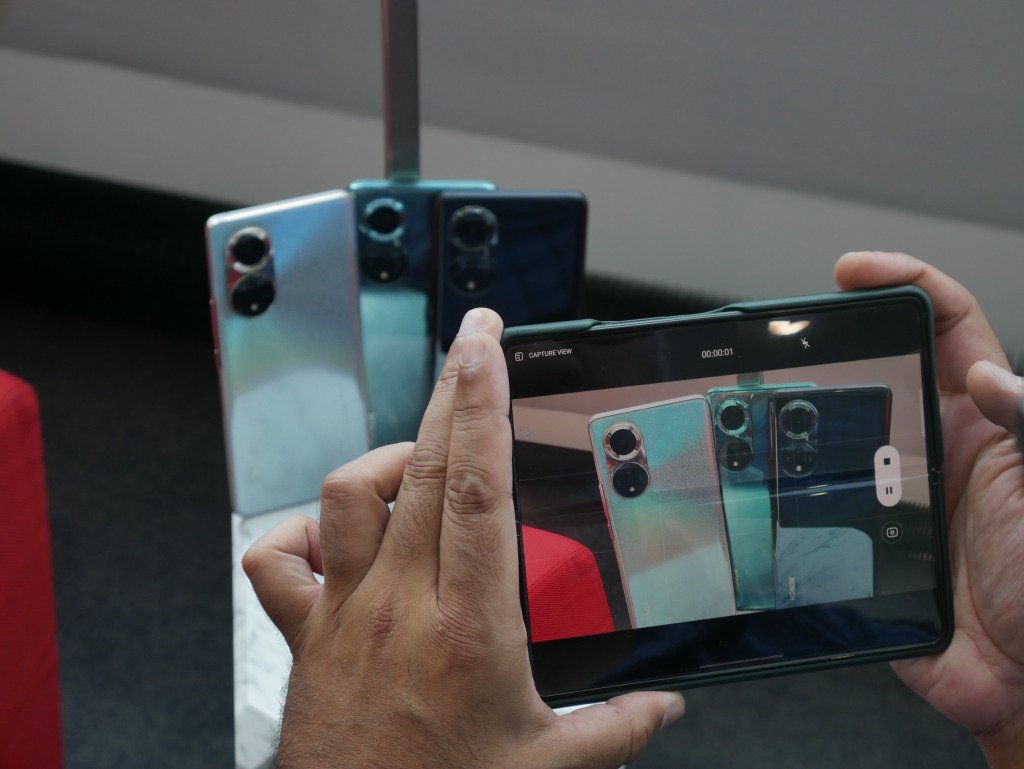 The Honor 50, first off, is utterly gorgeous. the Three colours are Emerald Green, Midnight Black, and my personal favourite Frost Crystal. Frost Crystal is the glitter bomb phone, and whilst you’d think that’d make it hard to photograph and keep clean because the glitter refracts the light everywhere, things like smudges and fingerprints get hidden in the chaos, it’s great!. Emerald Green is my second favourite, with this almost fractal pattern emanating from the camera unit that when hit at just the right angle looks kinda trippy and very enjoyable. Midnight Black is the uber boring gloss black phone for boring business people, I get why they made it, but next to the other two this is drab. 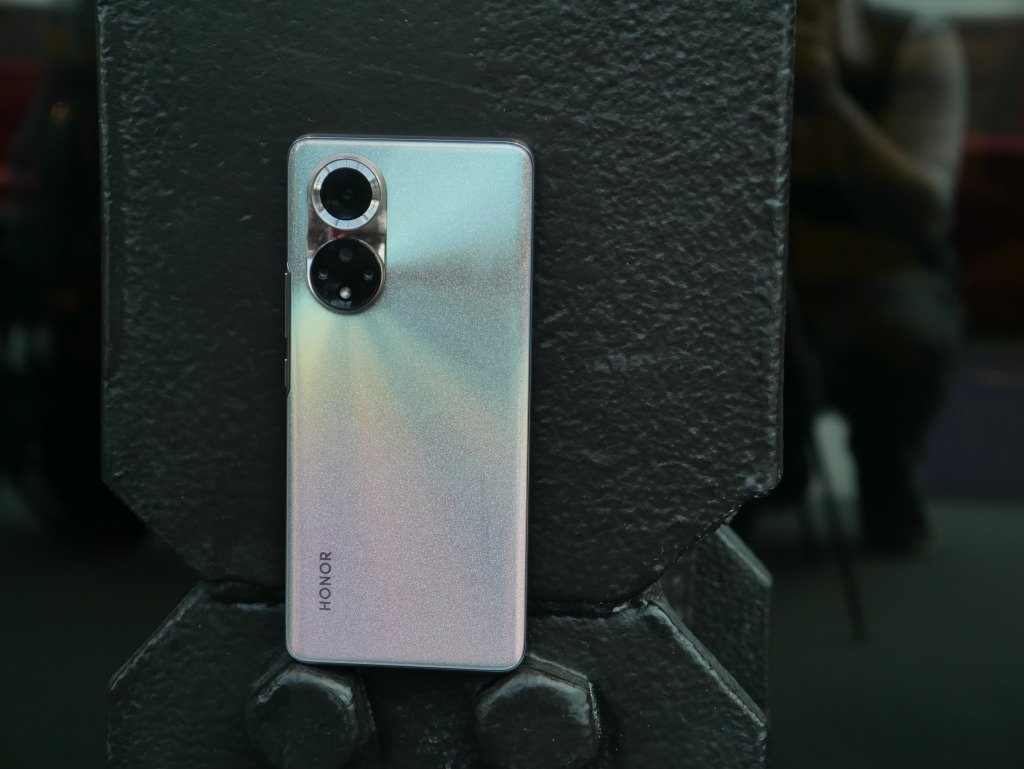 upfront the Honor 50 has a nice big 6.57″ AMOLED display with a refresh rate of up to 120Hz. I’m not a massive fan of the 75-degree curve on the left and right edges, but in my roughly hour-long testing I didn’t have any unintentional presses, but I can’t guarantee they won’t happen, it does look cool though. Honor state this display can reproduce a billion colours, meaning this likely is a 10bit panel, but I can’t rule out it being 8bit with FRC. Up top in the centre is the 32mp “vlog” camera, and yes they are calling this the vlog camera, they (Honor) really want to position the Honor 50 as a content creation powerhouse and in my short testing the front camera was impressive, but without deep API integration into things like Snapchat, Instagram and TikTok the video quality will suffer. 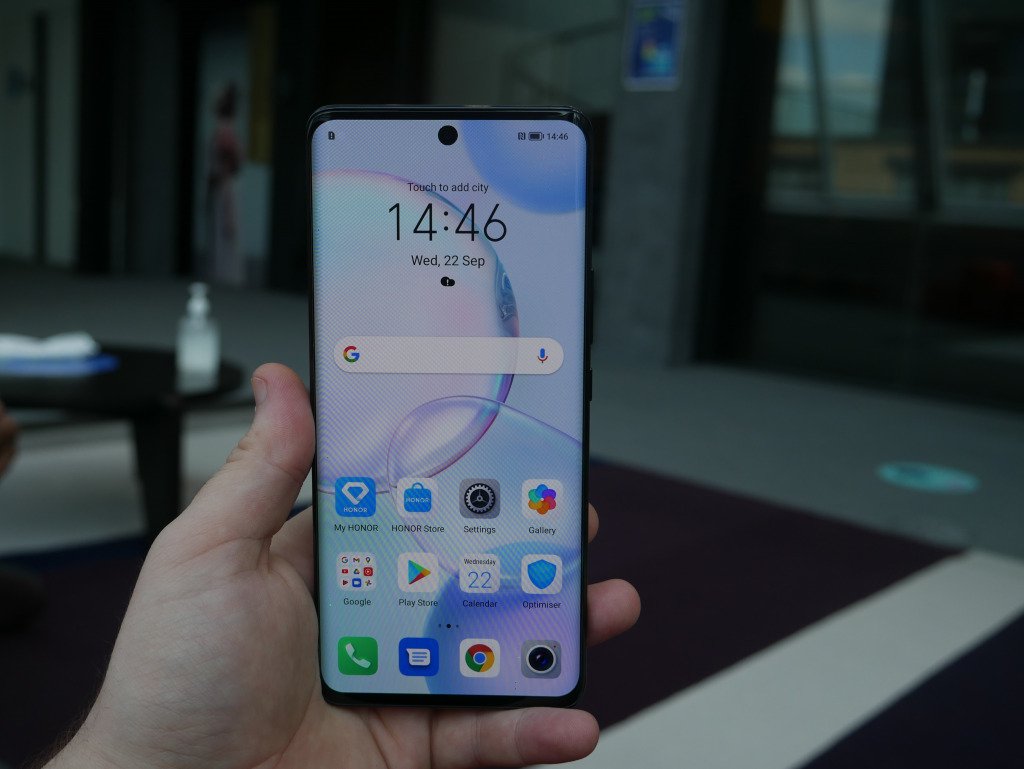 Next up is the processor, the Honor 50 is one of the first phones I’m aware of that is using Qualcomm’s Snapdragon 778G SoC, the 778G is interesting because it is basically just the 780G but made at TSMC 6nm instead of Samsung’s 5nm, all other specifications are the same. this means Cortex A78 and A55 CPUs in a 1x3x4 system, it has the Adreno 642L GPU and an X53 5G modem, this should be perfectly potent and power-efficient for the Honor 50. Powering that all is a dual cell 4300mAh cell that can be charged at 66w using the Honor SuperCharge protocol or at about 18w using USB-PD, Honor Supercharge gets from 0-70% in just 20 minutes so plenty nippy for all but the pickiest of power users. 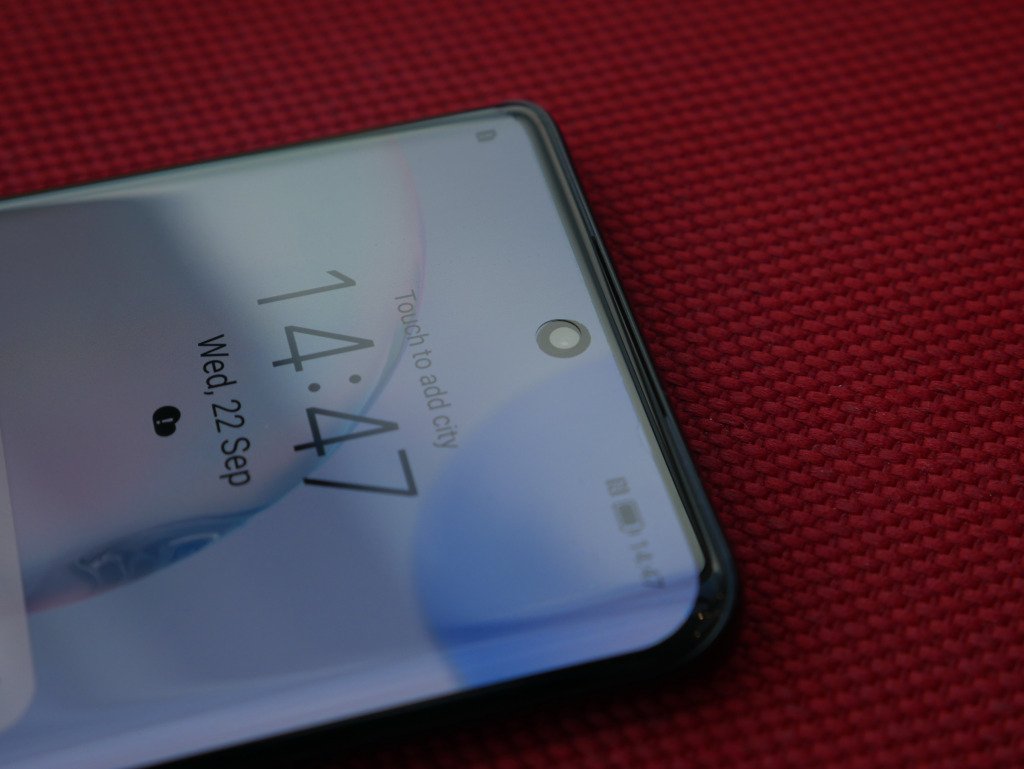 Lastly Is the camera, this is headlined by the 108MP main camera that utilises 9-in-1 binning to take 12mp shots, there is an 8MP ultrawide lens to accompany it, as well as a Bokeh Camera and a macro camera, the fact they wouldn’t tell us those resolutions makes me fear these are just the standard 2mp or VGA ones, but I can hope that it isn’t. Android 11 out of the box with an update to Android 12 soon after, and on top of it is MagicUI 4.2. MagicUI still is basically EMUI but it’s going to take some time to separate and build this up from scratch.

We look forward to hopefully getting one of the Honor 50s in (please Frost Crystal) and putting it through our paces, it’s been a while since we had a high-end Honor phone in our offices and this feels like a homecoming.